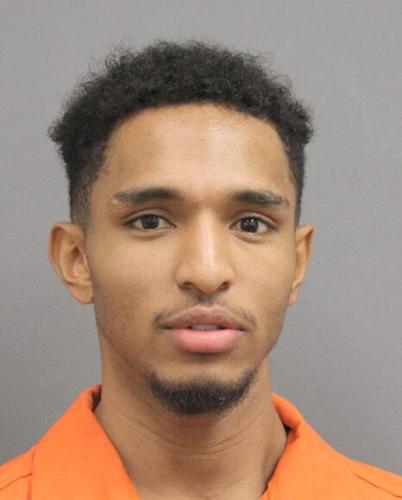 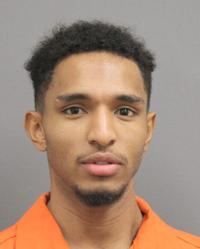 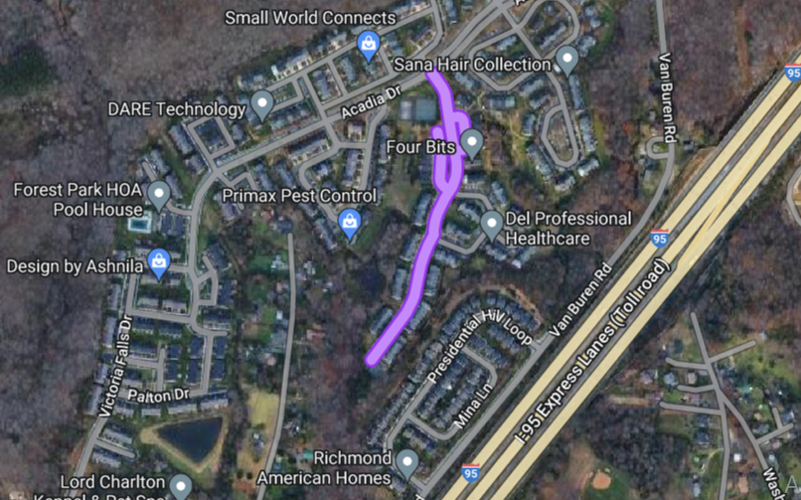 Police have identified a 24-year-old Woodbridge man accused of shooting his ex-girlfriend, another victim and a family dog in the Dumfries area late Wednesday.

Shortly before 2 a.m., officers with the Metropolitan Washington Airports Authority Police Department reported the suspect vehicle had entered a short-term parking lot on airport property. He was arrested in the parking lot without incident, Perok said.

He is accused of  killing his ex-girlfriend, 22-year-old Alyssa Trynese Gainey of Woodbridge and 24-year-old Javon Alberto Williams of Dumfries in the 17400 block of Isle Royale Terrace just after 11:15 p.m. The victims were shot in a basement after the suspect forced his way in, Perok said. A family dog, a male pit bull mix, was also shot.

Gainey was pronounced dead at the scene, Perok said. Officers provided life-saving measures to Williams, but he later died at a nearby hospital. The family dog had to be humanely euthanized.

The case marks Prince William County's 17th and 18th homicides of 2022, with the deaths occurring in 13 incidents, one of those was a quadruple murder last month in Dale City.

Last year, there were nine murders in the county. This year's homicide rate so far is the second highest in the last decade decade, with 22 murders in 2016 the highest.

Celebrate diversity and re-election of democrats.

Desmond Malcolm Daniel demonstrates that the culture of violence continues....

Vaporize this piece of garbage

Seems to be an uptick in domestic violence/home invasion in PWC. First it was the terrorist that committed PWC's first quadruple homicide in history, and now this. My best advice for this upcoming holiday season and mental health crisis, stay locked and loaded. Any of you scoundrels burst into my home, I'm sending you to Mars. Too many soul less demons roaming around

The number of reported shootings in Prince William County in just the past 2 months is insane. Sadly, it's become a daily story. Too many people with too little regard for life.

I don't know what everybody's whining about...the county voted for weak on crime. I've learned to armor up while taking my family through the county, lock the doors and not to stop.

Pray for my county.

Dumfries, what a community! What's wrong with you people?

Who exactly is You People? Bigoted much or just an AH? Last I checked domestic violence is skyrocketing around the country regardless of race. RIP to those that passed away.

You people refers to the people in Dumfries, regardless of race, a community where life is cheap and not respected.

But since you want to bring race into the discussion, let's go there. Blacks make up less than 15% of the US population, yet commit over 50% of the murders, the vast majority by young Black men. It is not racist to state the truth. There are many reasons I am sure, but I believe a big part of it the disrespect Black men get growing up, much of it coming from Black women and White liberals.

But, you are right domestic violence is up and apparently that is what was going on here.

No, it's not wrong to speak the truth. However, if you use codewords or speak in a roundabout manner, it can be perceived as cowardly and racist.

Coincidentally, the numbers that you provide are often tied to racist tropes put forth by white supremacists whose whole intention is to smear and suppress Black people.

This is not your first rodeo in hatetown, Paul.

He may not of meant "you people" but I do, these names are clearly black, and usually it's only black perpetrators.

You brought race into the conversation Iike a typical liberal racist

TIL statistics are racist.

This clown just told us racists use those statistics so they aren’t valid. Spoken like a true democrat.

@Dutko, ADL is your source lol, worse than citing The NY Times. ADL is a Zionist supremacy group that is rented by globalists to go out and attack their enemies by labeling anything and everything either anti semitic or racist. They are a terror group.

Prove me wrong. Don't use some "globalist" crap jargon. It's overplayed and makes you look like an idiot.

Hey John dutko. Anyone can pull up biased reports. We just choose to use actual scientific crime data. https://crime-data-explorer.fr.cloud.gov/pages/explorer/crime/crime-trend

We can also have the conversation now about why there is a disproportionate number of white people committing rape.

The point is that people on the right have always scapegoated problems, with the majority of times to a minority.

I see it in the comments section all the time. If it's not a Black person (broken home, no daddy, no job tropes) it would be some form of illegal (stealing jobs, MS-13, deport them).

But you hear a pin drop when it is a white person.

There you go with your whataboutisms again.

The FBI acknowledges that their metrics are flawed and caution data users from extrapolating inferences from the information provided.

Those stats came from the FBI. When did it become scapegoating to quote legitimate facts? From your responses, the data seems to make you uncomfortable but that doesn't mean that it's inaccurate or racist to face facts. I've never seen or heard of the "white supremacist code words" from the website you cited, but if you find "code words" where non were intended, you'll always feel the world is out to get you. If you stop assuming that all whites are racist, you might find that racists aren't nearly as prevalent as you think. But if you have already decided that everyone is against you, they'll probably end up that way - not because of your race, but because of your attitude.

Here is the relevant portion from the UCR:

adversely affect geographic entities and their residents. For this reason, the FBI has a longstanding policy against ranking participating law enforcement agencies on the basis of crime

data alone. Despite repeated warnings against these practices, some data users continue to

challenge and misunderstand this position.

The FBI knows that groups will use statistics and manipulate the empirical findings to frame a narrative that is divisive.

A quick google search can find you all the answers you need regarding the 13% trope and how that has been used against Blacks to justify the hate speech online.

Or get familiar with other examples: 14 words ( "We must secure the existence of our people and a future for white children.") 88 (Heil Hitler) 1488 (a combo of the two).

I would love to hear your opinion on "code words" and "dog whistles".

Seems Brown Shirts are hiding under Dutko's bed! The ironic thing is there are brown shirts hanging in his closet too. Required attire for his National Socialist American Workers Party, aka The Democrat Party.

Hunter Biden's Laptop has the real stats. That is why it must be investigated. It truly is the Holy Grail for all of society's ills. Republicans are on the right path to devote so much time and energy to a cause in order to get down to the real issues!

President Joe Biden praises U2 for their power to uplift