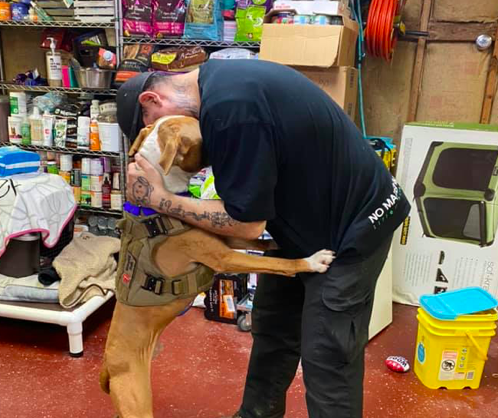 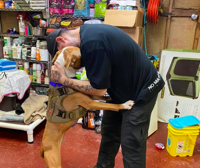 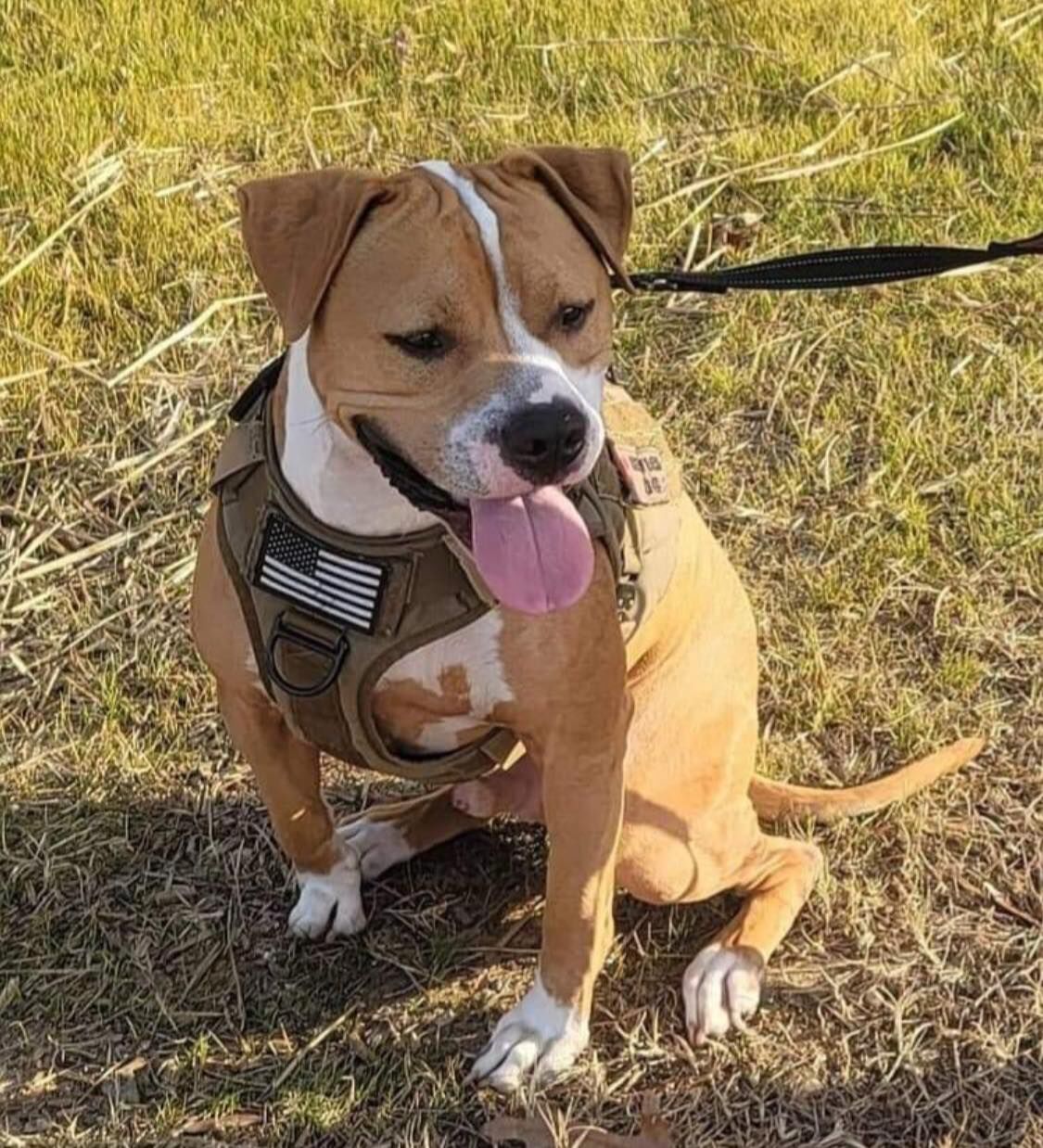 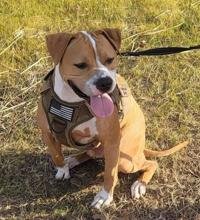 Kilo was last seen running on the shoulder of southbound Interstate 95 Sunday night following a crash near Occoquan. 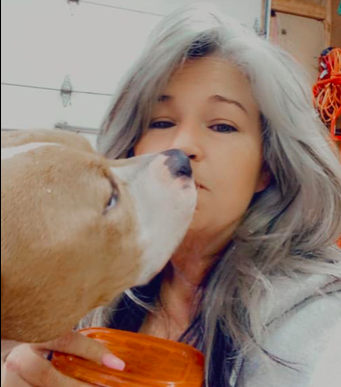 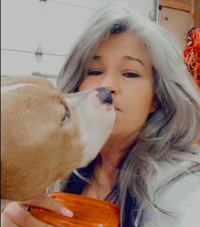 Kilo was last seen running on the shoulder of southbound Interstate 95 Sunday night following a crash near Occoquan.

A service dog who went missing Dec. 12 following a wreck on Interstate 95 was found Wednesday not far from the crash scene in Occoquan and appears to be doing fine.

Volunteers with Pibbles4Hope, a nonprofit in eastern Prince William offering aid to homeless and low-income pet owners, had been helping in the search since the dog, Kilo, ran away from the crash scene.

Pibbles4Hope founder Ann-Marie Thacker Johnson teamed up with Brenda Wilson of Lost and Found Pets Prince William, to distribute thousands of fliers and put out trail cameras in the area where Kilo was thought to be. From witness accounts, it appears Kilo was hit by a truck over the weekend on the Va. 123/I-95 ramp, so cameras were placed in an Occoquan neighborhood near that area.

Early this morning, Kilo appeared on a trail cam, seemingly uninjured. As it turns out, Johnson said, a few residents in the neighborhood had seen Kilo and had been feeding him for a few days.

On Wednesday evening, those neighbors managed to lure him with treats, including steak, and corner him on one of their decks until they could reach Johnson and Kilo's owner Andrew Breidenbach.

Johnson posted photos on Facebook with Kilo, still wearing his service vest. In one photo, Kilo's giving kisses to Johnson and in another he's "hugging" his owner.

Kilo is a PTSD service dog that Breidenbach, a Richmond area resident, has owned for four years. Breidenbach's immediate family lives in Woodbridge.

Johnson said finding the missing dog was a huge effort involving what she called "Team Kilo" volunteers from as far away as Maryland donating time, money, trail cameras and traps. Johnson herself emailed more than 1,000 veterinarians asking them to be on the lookout in case someone came in with Kilo, who is microchipped.

Once Kilo was found Wednesday evening, Wilson from Lost and Found Pets had him checked out at Tackett's Mill Animal Hospital, which donated the exam and bloodwork. Kilo appears to not have suffered any serious injuries from his time outside or being struck by a car.

After the vet check, Kilo visited Johnson's garage, where she gave him treats and toys from her homeless outreach program.

What a good ending for owner and dog. Kudos to the neighbors who fed and caught home and the organization who returned him to his owner.

Dear God, please let this have a happy ending!

Kelli Berglund on Digging Her ‘Heels’ Into Starz’s Wrestling Drama