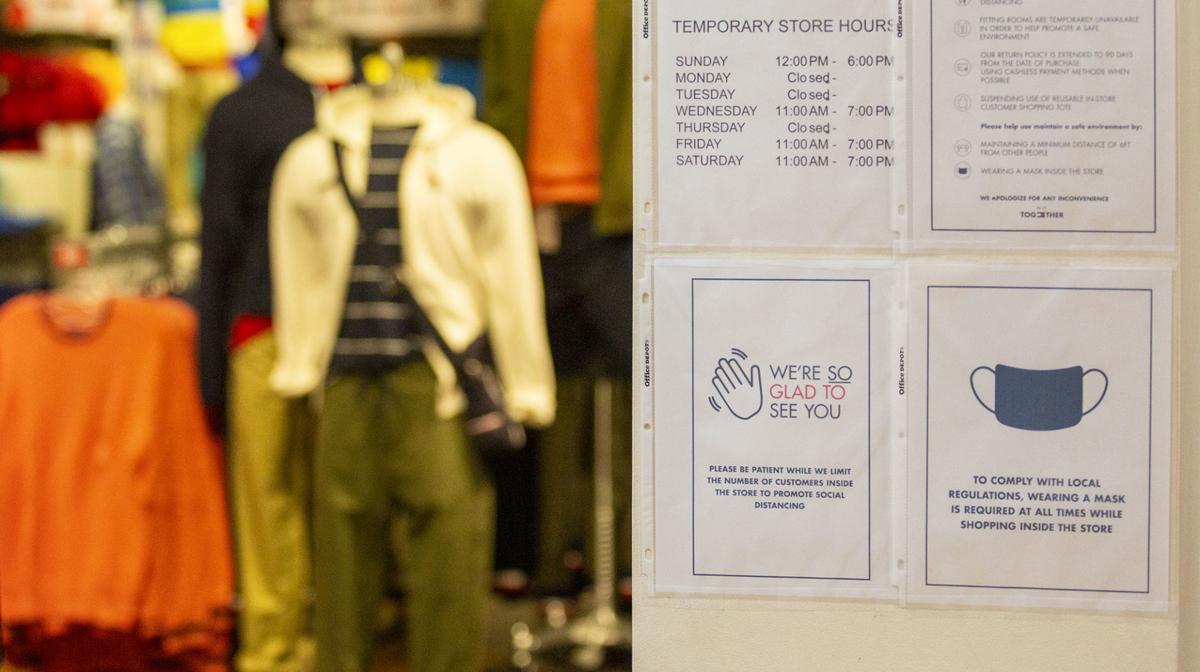 A sign in a store at Potomac Mills Mall reminding shoppers about requirements during phase one reopening in Prince William County, Saturday. 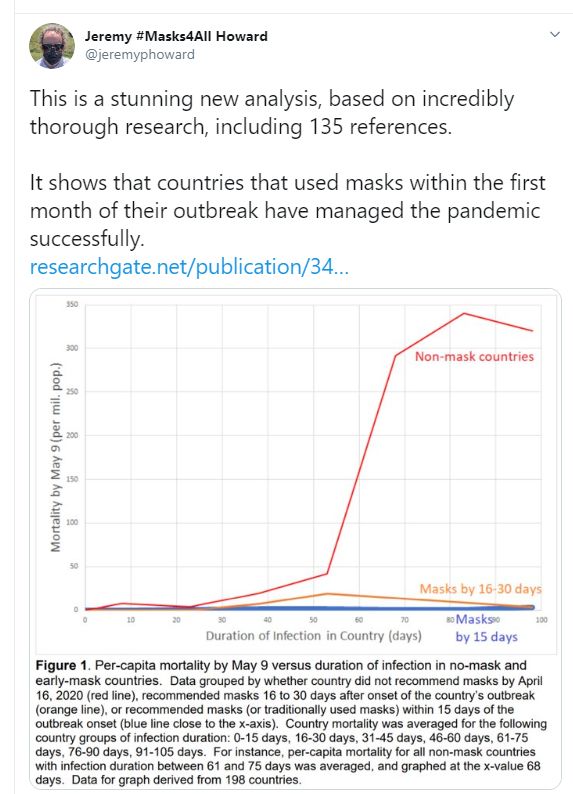 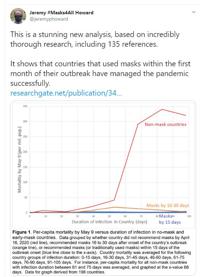 A recent study from researchers at Virginia Commonwealth University suggests that mask-wearing policies can dramatically reduce per-capita death rates from COVID-19, based on an analysis of nearly 200 different countries.

The article is currently in pre-print, meaning it hasn’t gone through the peer-review process that’s considered standard for published academic articles. But Jeremy Howard — a data scientist at the University of San Francisco who’s become well-known for his own review of evidence supporting face masks — called it a “stunning new analysis, based on incredibly thorough research” in a Tuesday tweet.

Dr. William Schaffner, a professor of preventive medicine and infectious diseases at Vanderbilt University, reviewed the article Wednesday and called it a “rigorous, careful, controlled analysis” that “affirmed” current mask mandates — both in Virginia and internationally — at a time when few other researchers have examined their effectiveness.

The study, led by Dr. Christopher Leffler, an assistant professor of ophthalmology at VCU, examined 198 countries with confirmed cases of COVID-19 but dramatically different death rates — from an average of 1 death per million people in “lower-mortality” countries to 94.2 deaths per million in “higher-mortality” countries. Researchers analyzed a range of public health factors to examine which had the biggest impact on the differences in death rates.

Several statistical models found that multiple factors contributed to COVID-19 deaths, including urbanization — how many people live in more densely populated cities — and the percentage of a country’s population over the age of 60. Factors such as obesity prevalence and other public health policies, including international travel restrictions, were also found to influence per-capita mortality rates in some models.

But mask use remained a strong contributing factor throughout multiple analyses. An initial examination of all 198 countries found that the per-capita mortality rate in places that weren’t recommending masks tended to increase each week by 54.3 percent. In countries recommending masks, the rate increased by just 8 percent.

The data shows that face coverings play a significant role even in countries with lockdown measures. There, the per-capita mortality rate tended to increase by just over 45 percent each week if social distancing restrictions weren’t accompanied by mask recommendations.

“They are the single most important variable that you can control,” Leffler said in a phone interview. “We have a graph that makes it very clear that mortality is hundreds of times lower if you use masks.”

All three experts noted that the research wasn’t perfect. Leffler and his colleagues relied on publicly available databases to source COVID-19 death numbers, which are often defined and reported differently from country to country. The gold standard for assessing whether mask use can prevent COVID transmission would be a randomized control trial — with some patients selected to wear masks and some not — but Howard pointed out that would be nearly impossible to orchestrate on a broad level, not to mention unethical.

It’s also unusual for ophthalmologists — the first three authors on the paper — to publish such an extensive epidemiological study, Schaffner said (though Leffler pointed out that he also has a master’s in public health from Harvard). For him, examining the role of masks was personal. Ophthalmologists, who treat the eyes, tend to have closer exposure to patients than other providers. In an initial draft, Leffler also noted that one of the first doctors to warn the public about the pandemic was Chinese ophthalmologist Li Wenliang, who died from COVID-19 after treating an asymptomatic patient with glaucoma.

Leffler also wanted to push the study out quickly after early guidance from health agencies, including the World Health Organization and Centers for Disease Control and Prevention, contributed to widespread confusion over the effectiveness of face coverings. Both agencies initially discouraged mask use for the general public, with WHO saying their use could “create a false sense of security.”

“Unfortunately, they completely made the wrong call,” Leffler said. “Many governments just took control of masks and said, ‘We’re going to distribute them how we see is best.’ They prioritized the health care workers. So, rather than lying to people, health officials should have told the truth, and if they needed to control the distribution, done so.”

One result has been what Schaffner described as an unfortunate politicization of masks. Virginia Gov. Ralph Northam was late to implement a mask mandate, which became effective in the state on May 29, but that didn’t shield him from heavy criticism on the part of Republican leadership. GOP legislators said in a statement that Northam “further burdened the lives of Virginians” by requiring them to wear masks in public, adding that residents were “responsible and sufficiently informed to make these determinations for themselves without coercive threats from their leaders.”

But while the data isn’t perfect, health experts say there’s ample evidence that masks make a significant difference in reducing COVID-19 transmission and death. Howard pointed to another recent article in the journal Health Affairs, which found that mandating mask use in many states likely prevented hundreds of thousands of new coronavirus cases.

“Having some kind of external affirmation that a mask-wearing policy has distinctive COVID-related health benefits — I think that’s important,” Schaffner added. “Now I can say there’s actually a study that shows that masks really do work, if you want to protect your loved ones and your community.”

This article originally appeared in the Virginia Mercury.

The rate of new cases of COVID-19 has appeared to hit a floor, at least temporarily, after more than two weeks of declining numbers.

Martha Stewart: I haven't spoken to my ex-husband since our divorce

Alicia Silverstone 'cried inside' but supported son over hair cut