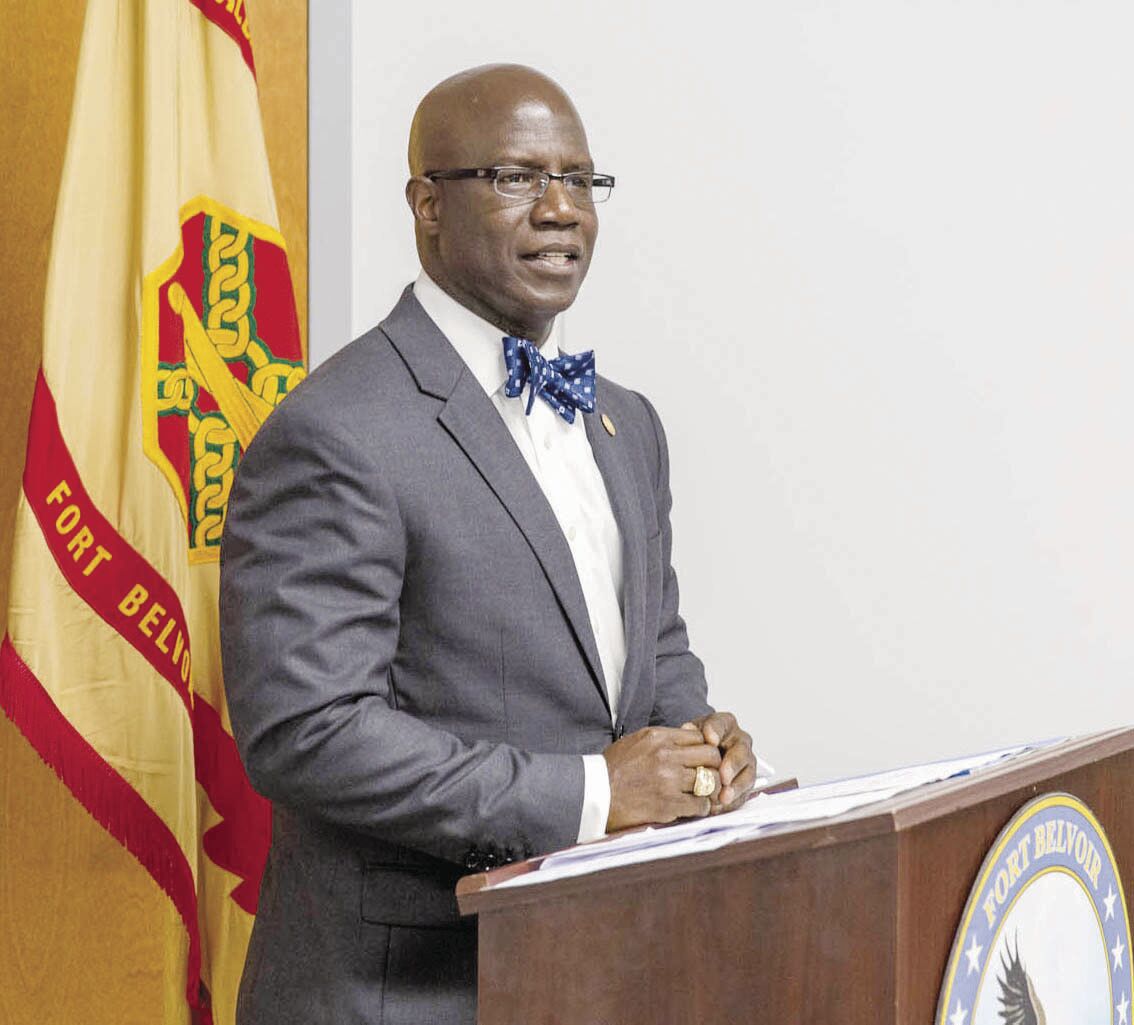 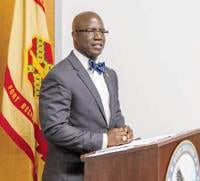 Virginia Secretary of Veterans and Defense Affairs Carlos Hopkins during a 2019 event on Fort Belvoir. 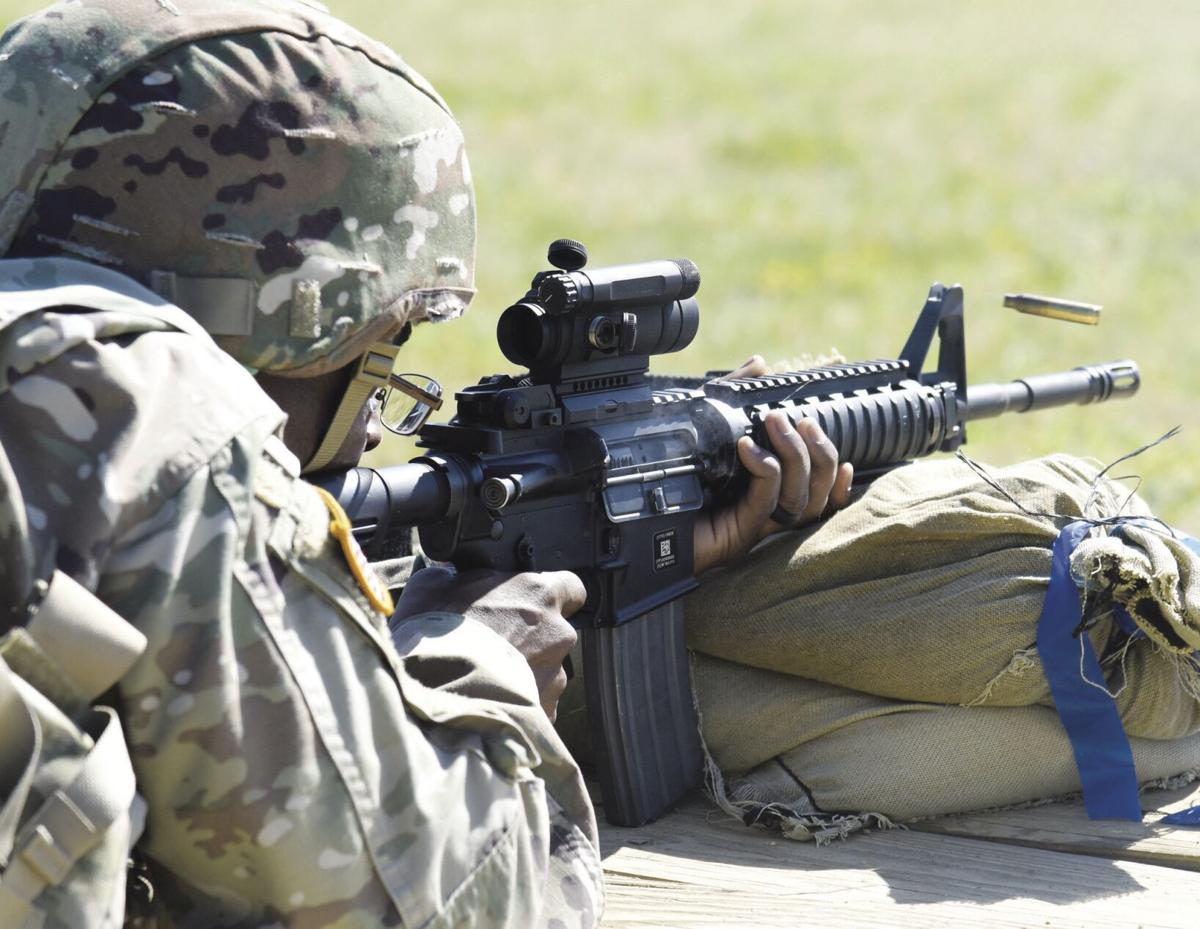 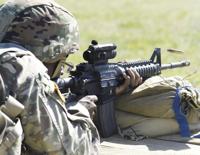 National Guard soldiers assigned to the Fort Belvoir-based 29th Infantry Division qualify with their M4 rifles during pre-mobilization training May 4 at Fort A.P. Hill. The 29th received a mobilization order for federal active duty in the Middle East.

Virginia Secretary of Veterans and Defense Affairs Carlos Hopkins during a 2019 event on Fort Belvoir.

National Guard soldiers assigned to the Fort Belvoir-based 29th Infantry Division qualify with their M4 rifles during pre-mobilization training May 4 at Fort A.P. Hill. The 29th received a mobilization order for federal active duty in the Middle East.

The Virginia National Guard’s Fort Belvoir-based 29th Infantry Division will mobilize for active duty in the Middle East later this spring, and among the 500 soldiers will be Virginia’s secretary of veterans and defense affairs, Carlos Hopkins.

The 10-month deployment to the Central Command Area of Operations as Task Force Spartan is to provide leadership, command and control for Operation Spartan Shield, according to Maj. Gen. Timothy P. Williams, the adjutant general of Virginia.

Hopkins, a colonel in the Virginia Army National Guard, has served in the administration of Gov. Ralph Northam since Northam’s inauguration in January 2018 and has played a critical role in making Virginia the most veteran-friendly state in the nation, according to a release from Northam’s office. Deputy Secretary of Veterans and Defense Affairs Kathleen Jabs will serve as acting secretary while Hopkins is deployed.

“I know I speak for my fellow veterans in thanking Secretary Hopkins for his leadership over the past three years,” Northam said.

The governor noted that Virginia is home to more than 721,000 veterans. “It is only fitting that Secretary Hopkins would be stepping up to serve our nation with the Virginia National Guard. I am grateful for his dedicated service, and I wish him a safe and successful mission.”

The secretary of veterans and defense affairs is Virginia’s top official for coordinating state and federal resources to support the state’s veteran and military community.

Under Hopkins’ leadership, more than 35,000 Virginia veterans were hired through the Virginia Values Veterans program, which helps transitioning service members find civilian jobs, according to the governor’s release.

Hopkins also has overseen a significant expansion in services for women veterans – who make up a larger portion of Virginia’s population than any other state – and has led the state’s efforts to increase mental health services and prevent suicide among active and returning service members.

Jabs said it has been an honor to serve alongside Hopkins. “I am proud of all we have accomplished thus far, and I look forward to continuing Virginia’s legacy as the best state for veterans, service members and their families.”

“These selfless soldiers are here and are ready to answer the nation’s call,” he said. “They and their families are willing to put America above their own personal interests, and this demonstrates who they are and what they represent.”