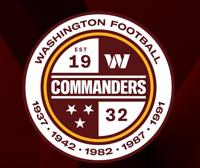 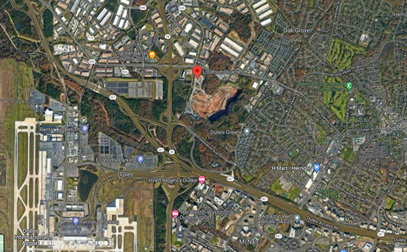 The Loudoun Quarries site is between Sterling Road and the Dulles Toll Road, just east of Route 28 and Dulles International Airport. 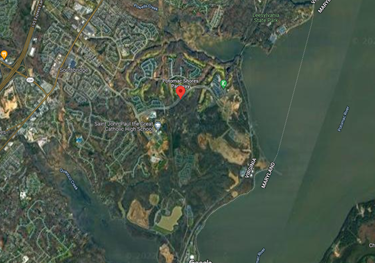 The Potomac Shores development is east of Dumfries and Interstate 95 in Prince William County, along the Potomac River.  A VRE station is planned for the development. 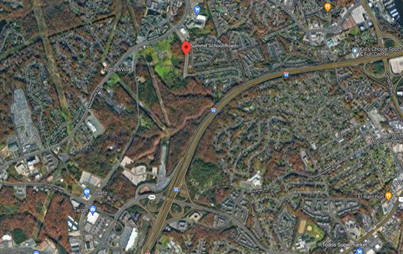 The site near Telegraph and Summit School roads in Prince William County is near a commuter parking lot on the west side of Interstate 95.

The Loudoun Quarries site is between Sterling Road and the Dulles Toll Road, just east of Route 28 and Dulles International Airport.

The Potomac Shores development is east of Dumfries and Interstate 95 in Prince William County, along the Potomac River.  A VRE station is planned for the development.

The site near Telegraph and Summit School roads in Prince William County is near a commuter parking lot on the west side of Interstate 95.

Sites in Sterling, Woodbridge and near Dumfries have been targeted for a new Washington Commanders football stadium, according to a report Friday from Washington television station WUSA9.

The newly renamed NFL team, based in Ashburn, wants to build a $3 billion stadium and mixed-use development to begin using after its current lease expires at FedEx Field in Landover, Md., in 2027. Legislation that would create a Football Stadium Authority that could sell bonds to support construction of the stadium is making its way through the Virginia General Assembly. The bonds would be paid off with revenue generated by the stadium and surrounding development.

Of the three sites, only the Loudoun site is near a Metrorail line.  The Silver Line extension, projected to open later this spring, includes a stop at Innovation Center, which is near the Loudoun Quarries site.

Potomac Shores, a largely residential development along the Potomac River east of Interstate 95, is along the CSX rail lines, and a Virginia Railway Express station is planned there, although construction has been delayed several times.

The Woodbridge site is west of Interstate 95, just north of Potomac Mills Mall.  Prince William is working on an extension of Summit School Road through the property to the Horner Road Park-and-Ride lot off I-95.

Both the District of Columbia and Maryland are expected to make pitches for the Commanders stadium.  The team played at RFK Stadium in Washington before moving to FedEx Field in 1997.

The team's effort to get state help for the stadium could also be complicated by the NFL's investigation of harassment complaints against co-owner Dan Snyder. Several Virginia legislators have brought that issue up during debate over the stadium authority bill.

In addition, U.S. Rep Don Beyer, who represents Virginia's 8th District, which includes Alexandria and Arlington, is among a group of Congressmen who introduced legislation this week that would eliminate government subsidies and the use of municipal bonds for professional sports stadiums.

Washington NFL team to be called the Commanders

Until they find a way to fix the bottle neck at occoquan or at least extend metro services to Woodbridge to relieve the congested traffic, this is THE WORST IDEA. 95 by woodbridge is already congested with LITTLE traffic. Now imagine a stadium. North and Southbound lanes will be a disaster. I'm calling on Glenn Youngkin to stop this fiasco.

Please, PLEASE, dear God, do not come to Woodbridge nor Dumfries!!!

NO!!! Minnieville and ALL surrounding roads are over crowded now. Why not think about people who live here instead of commercialism that lines pockets....stop the madness.

No to Prince William for the love of god.

Mega [thumbdown]. I am disgusted with the bi-partisan General Assembly which fast tracked this through the House of Delegates and Senate while, from everything I can discern, there is no tax relief whatsoever for the middle class on the General Assembly's legislative agenda this year. Bonus [thumbdown][thumbdown][thumbdown] after seeing the Inside Nova feature of the Washington Football Team's Owner's $48 million Palace on the Mt. Vernon Palisades.

Marcus Mumford says he was sexually abused as child.