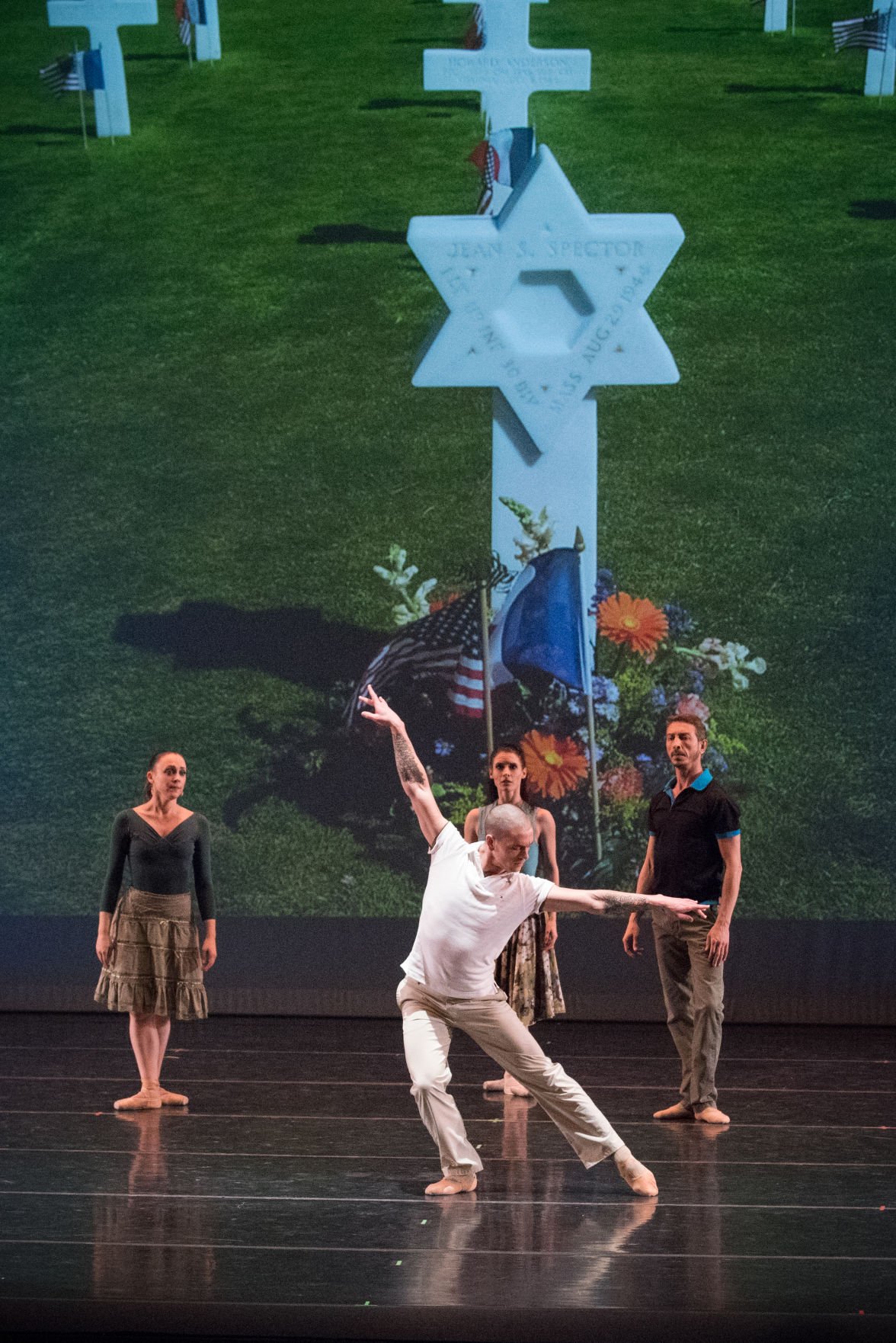 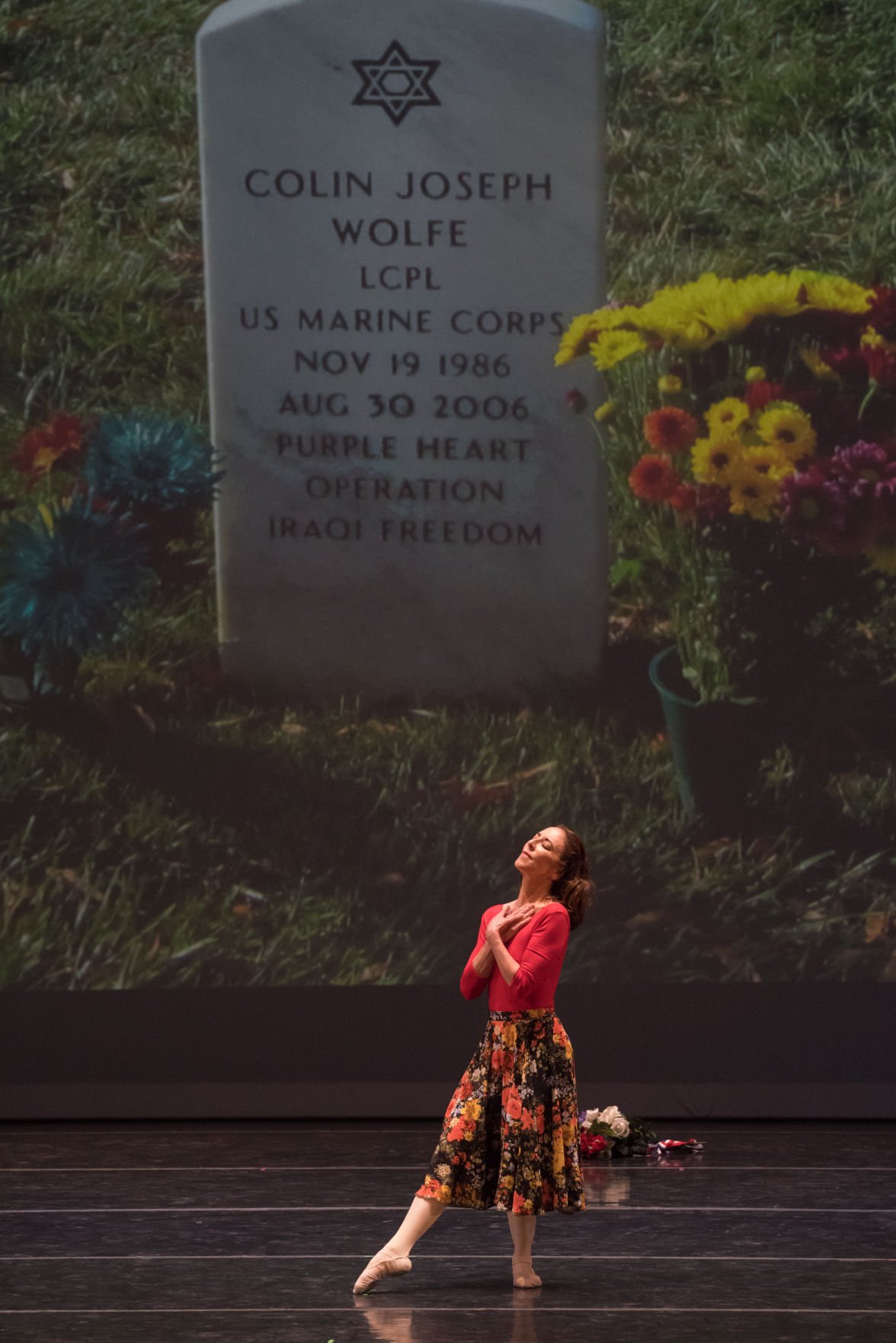 Manassas Ballet Theatre (MBT) will present "Colin: Son, Marine, Hero" on Jan. 26 at 3 p.m. at the Bender Jewish Community Center in Rockville, Maryland, according to a news release.

It is one of MBT's signature pieces — an original and very personal ballet showcasing the story of Artistic Director Amy Grant Wolfe’s son, Colin, who lost his life in Iraq to a roadside bomb in 2006.

In 2013, Mark Menza, a composer and longtime friend and colleague of Wolfe, approached her about composing a musical piece for MBT that was patriotic and in memory of her son, Colin. This led to the birth of a one act ballet about his life, and it caught the attention of the worldwide media. News agencies around the world, including NPR, BBC, and Czech TV, responded with great enthusiasm and many called for an expansion of the ballet to include more details. After touring the one act ballet to Bakersfield, Calif. and Culpeper, Wolfe went back to Menza to collaborate on composing additional music to expand the ballet.

This full-length ballet debuted in November 2014 at the Hylton Performing Arts Center after Wolfe, gathering inspiration by interviewing Colin’s commander and fellow Marines during the summer of 2014, added new layers to the original heart of the story. In May of 2018, Colin was presented once again at the Hylton Performing Arts Center. In that audience were two Israeli women from Rockville, MD. They were so touched and moved by the ballet and felt it needed to be shared with their community, especially those in the Jewish community. Through the hard work and determination, Colin will once again tour, this time to the Bender JCC in MD.

This ballet depicts three central aspects of Colin’s life: his discipline he developed from studying ballet; his love and pride of his Judaism; and his call to serve his country, America. Colin grew up dancing with the Manassas Ballet Theatre, performing each year through 2005. A visit from Marines while in elementary school inspired him to join as well; it was solidified after the terrorist attacks of 9/11. Colin had always been grateful to the generations before who fought for freedom - especially those of WWII who liberated the Jews and others from the concentration camps of the Holocaust – admiring them and desiring to follow their footsteps. In June 2005, Colin enlisted with the Marine Corps, graduating that September. “Colin became a Marine because he was passionate about making the world a better place,” Amy Wolfe stated. Colin was deployed to Iraq in July 2006. He was killed by a roadside bomb only seven weeks later on August 30, 2006.

For more information about the performance visit www.manassasballet.org or call 703-257-1811. Tickets are $20 and are available https://engage.benderjccgw.org/event/manassas-ballet-theater-ballet-colin/e245018. The performance will take place in the Kreeger Auditorium at the Bender JCC of Greater Washington, 6125 Montrose Road, Rockville, MD 20852 - 301-348-3714

Manassas Ballet Theatre is a 501c(3) nonprofit corporation founded in 1983. The mission of Manassas Ballet Theatre is to improve the quality of life in Northern Virginia by providing accessible and affordable professional ballet performances, educational outreach to the community and the highest level of training to the serious student. MBT is funded in part by the National Endowment for the Arts, the Virginia Commission of the Arts, Prince William County and the City of Manassas, and is an Arts Partner of the Hylton Performing Arts Center on the Manassas campus of George Mason University. For tickets and information, please visit http://www.manassasballet.org

Joe Russo wants Marvel to give Wolverine a rest