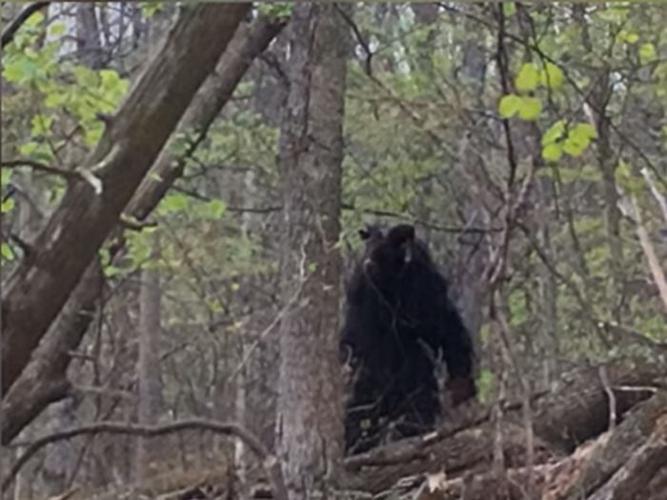 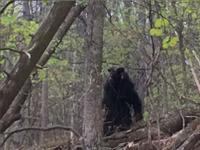 Image sent to WBAL TV in Baltimore in 2016 after two separate reported sightings of a strange, goat-like creature in Laurel, Md. 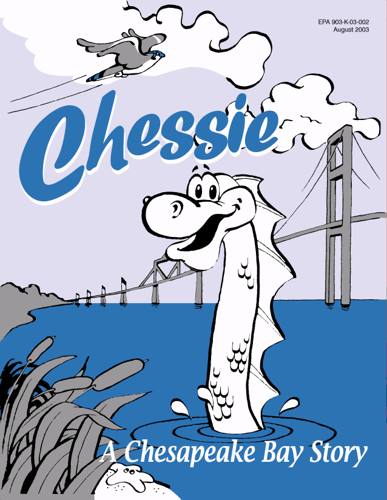 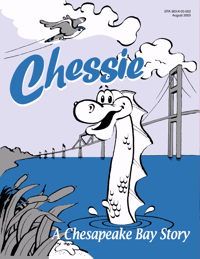 The legend of Chessie prompted creation of a coloring book called “Chessie: A Chesapeake Bay Story,” originally published by the U.S. Fish and Wildlife Service in 1986 and republished by the Environmental Protection Agency in 2003.

I love the fall, I love October, and I LOVE Halloween.  Instead of covering my usual Halloween safety or critters often associated with Halloween, this year I am taking a different path: cryptozoology.

Cryptozoology is the study of animals reported to exist but for which no proof can be found.  A few examples are the Loch Ness Monster, the Kraken, Hellhounds and the Mothman. At different times in history, animals such as the platypus, manatee and gorilla were thought to be myths.

Cryptozoology has had a comeback thanks to shows such as “Monsters and Mysteries in America,” “Mountain Monsters,” and “Beast Hunter.” Here are a few of the cryptids reported in Virginia and Maryland.

Chessie – Chesapeake Bay: Chessie is a snake-like, aquatic animal that swims the Chesapeake Bay.  The first sighting may have been in the 1840s in the area now called Virginia Beach.  More sightings in the Bay followed in the 1930s, ’60s, ’70s and ’80s.

There are various thoughts on what Chessie(s) could be, including large sharks or oarfish.  Some have wondered whether they could be snakes that escaped from abandoned ships. Others claim the rise in sightings in the late 1900s coincided with the opening of the Calvert Cliffs Nuclear Power Plant.

Bigfoot – Virginia: Bigfoot (aka, Sasquatch) is probably one of the best-known cryptids. In the fall of 2015, a Bedford County woman called 911 with claims she saw one carrying offspring.  According to news stories, the baby was described as looking like Chewbacca, and the woman claimed to see footprints. Police checking the area found nothing.

Snallygaster – Maryland: The snallygaster is reported to be a flying reptilian-bird-like creature that hunts farm animals and children in the South Mountain region. The snallygaster may have its origins in stories told by German immigrants who settled the region in the 1730s. In the early 1900s, sightings were reported in a local newspaper.

Dewayo/Dwayyo – Maryland: Also known as the Maryland Wolfman, this creature is the enemy of the snallygaster. The beast is described as a mix of wolf with human-like movement and stance. The Dewayo appeared to rise to popularity in the mid-1900s with reports of the beast in local papers and a reported sighting in 1966.

As late as the 1970s people have reported seeing or hearing the screams of the Dewayo.  So, if you are near Gambrill State Park or some areas of Route 77, be on the lookout.

Goatman – Maryland: The Goatman of Maryland reportedly roams back roads in Prince George’s County. Legend is he is a goatherd who went insane and goes after people and mutilates pets. Other stories claim he is the victim of an experiment from the Beltsville Agricultural Research Center. Descriptions of him are close to that of a satyr: body of a human but goat-like from the waist down.

Although the stories of his presence go back years, Goatman’s legend had a resurgence in the 1970s after a dog’s death was blamed on him.

Grab some hot chocolate and snacks, sit with your child, and have fun researching cryptozoology.   Take a road trip if you can. Explore some of the areas where these creatures are said to roam. This may be a great way to get your child interested in more than electronics.  It is also a great way to get out while maintaining social distances.

Karen Peak is the developer of The Safe Kids/Safe Dogs Project and owner/operator of West Wind Dog Training in Prince William County.

Here are two situations that happened in August. First, my daughter and I were in Indiana with two of our dogs for dog shows. We were leaving …

Ryan Reynolds: Wrexham adventure is greatest experience of my life

Paul Mescal has a tomato phobia