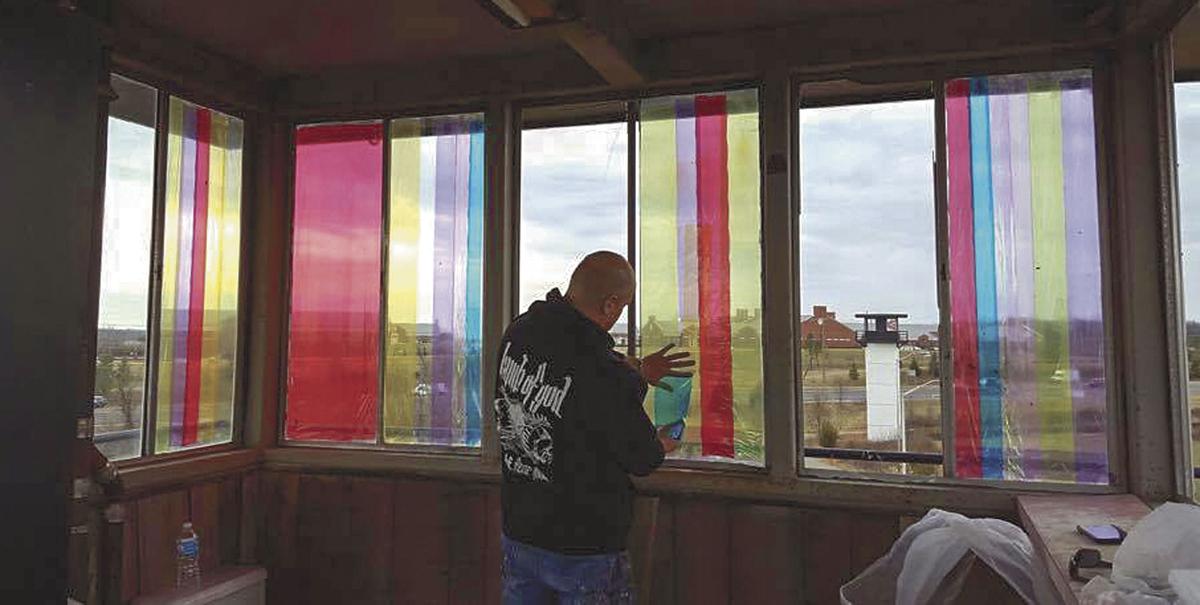 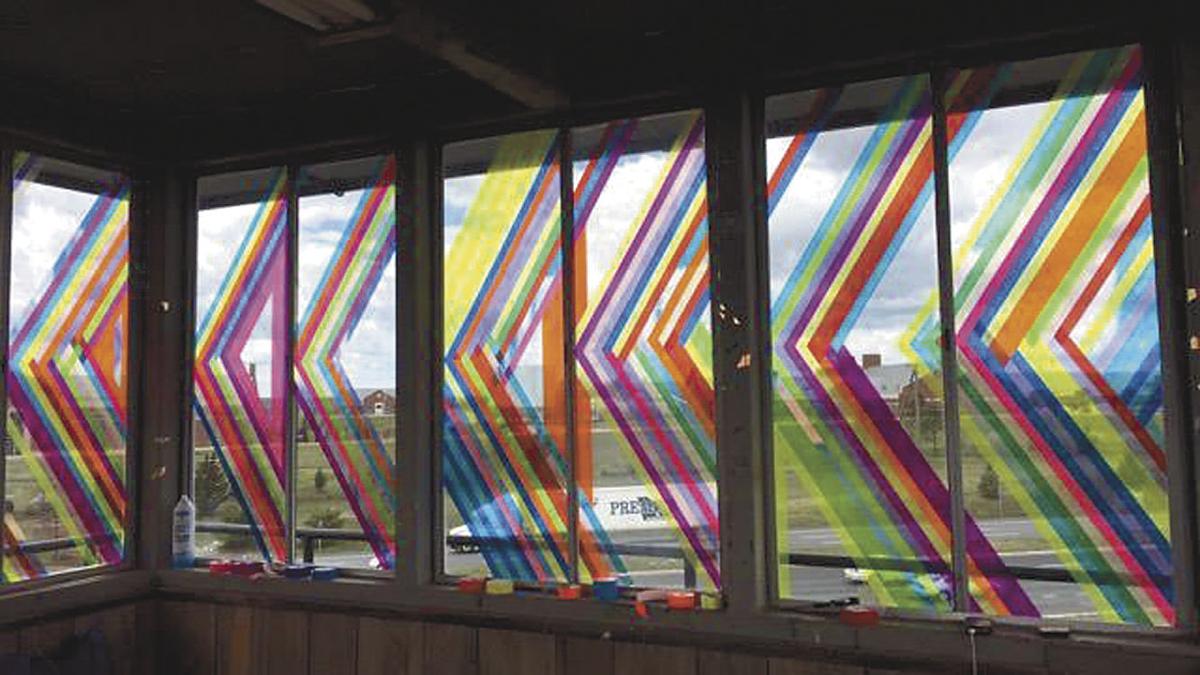 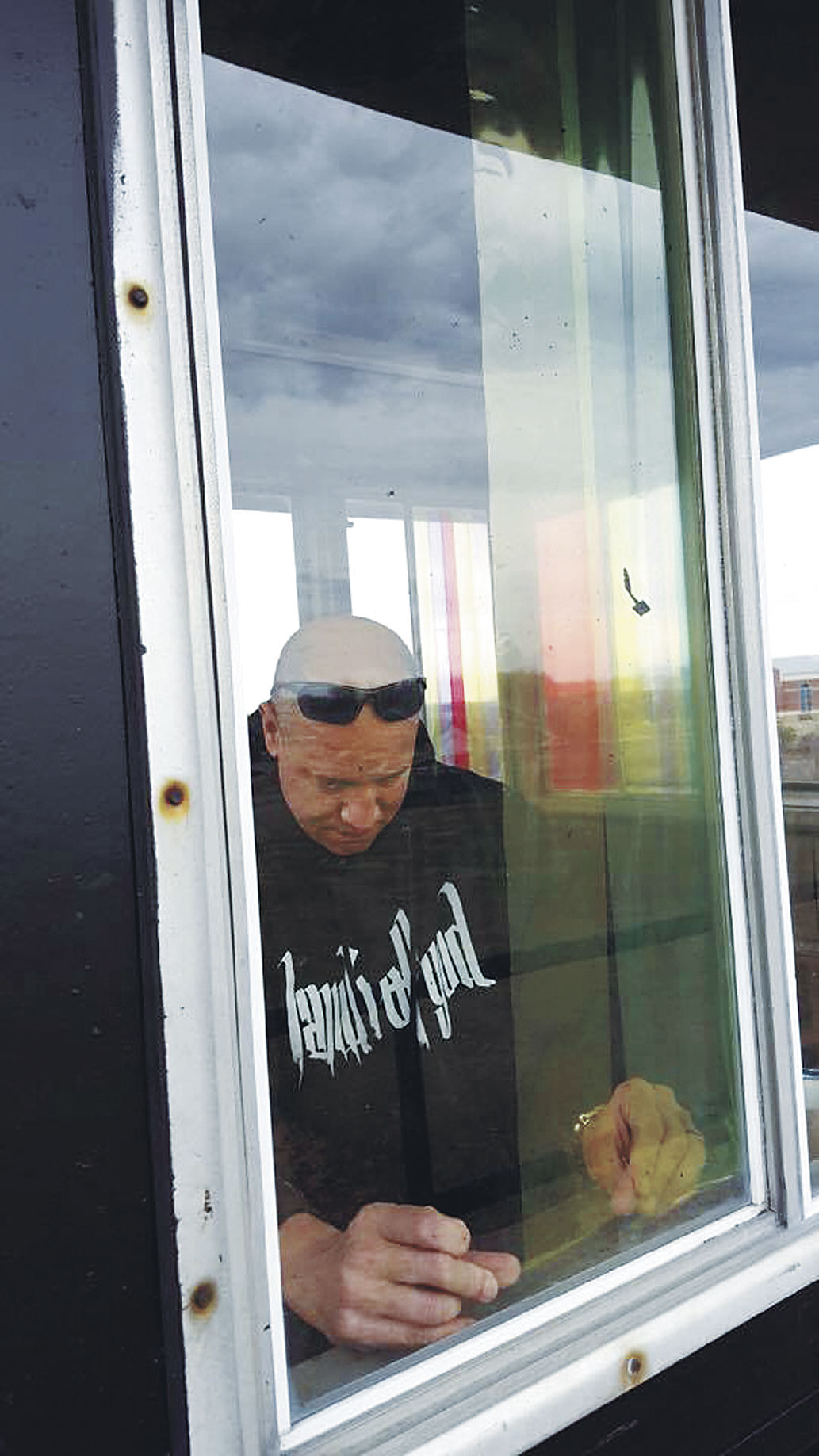 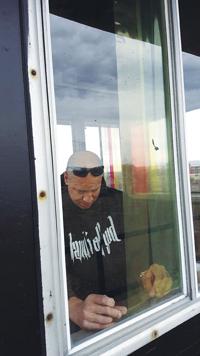 “What is your reaction when you look into a kaleidoscope?” asks Martin. “You are amazed! That's what I envision for my latest project: beacons of peace, love and strength.”

Martin, the center’s first military veteran artist-in-residence, is pushing toward a new phase in his post-military career and is experimenting with larger, public/community-focused works of art.  He is constructing a type of kaleidoscope using part of the structure of each tower.

Martin was previously an artist-in-residence for the U.S. Army Center of Military History, which manages a system of 59 Army museums and 176 other holdings, according to their website. He was deployed to Afghanistan twice to document the war based on his own observations. He has since retired, and continues to create hundreds of pieces of art to keep up with the demand of young collectors.

Martin is proud of his past experiences and uses them to shape his work. “Being a soldier and combat artist has contributed greatly to the way I view, and talk about the world, and all of the great people in it,” he said. “That’s why so much of my work is filled with joy, and happiness.”

This project will help bring the tops of the guard towers to life – towers that are otherwise lurking, imposing reminders of the Workhouse’s former function. Martin’s creative labors in each tower not only present compelling, colorful art that brightens our campus, but also engages passersby on Ox Road and the trail that runs past the Workhouse, he said.

The process of creating the kaleidoscopes has been a challenge, as they are experimental works. Each tower presents unique challenges to achieving his artistic vision. Nearly two decades of decay and vandalism have left windows broken, interior surfaces in various states of disrepair, and in some cases his work is significantly exposed to the elements, despite being inside the towers. As a result, Martin has been forced to re-evaluate and at times alter his techniques and materials to find just the right mix to realize the artworks as he has envisioned them.

Martin believes that the weather is an even bigger threat, because, unlike the physical environment, it is dynamic. He also has to be very tactical in determining when to work. “The weather has to be just right to put long strips of tape and panels up. If it’s too windy, everything will just stick together, and it would be a waste.”

Martin has used a variety of materials--primarily self-adhesive vinyl tapes--in many colors and finishes, from iridescent to fluorescent, and even glow-in-the-dark tape to create his designs because the patterns must be visible during the day and at night. His work and process continue to evolve, however, as he explores ways to create the kaleidoscopes so that they're robust enough to withstand severe wind, rainstorms and other hazards, all the while staying true to his artistic intent.

Martin is also teaching art in what many say are the most liberating, challenging and fun classes you can take at the Workhouse Arts Center.

The Workhouse Arts Center, the Town of Occoquan and the Occoquan Regional Park have created the NOVA Arts and Cultural District, the State of …

if you like the arts do yourself a favor by going here! This was a treat and it was free. They do something extra I think its the first saturday of the month with music, I was amazed as it doesnt look like much from the road and I always drive by it,

Darren Lynn Bousman: Spiral will appeal to a wide spectrum