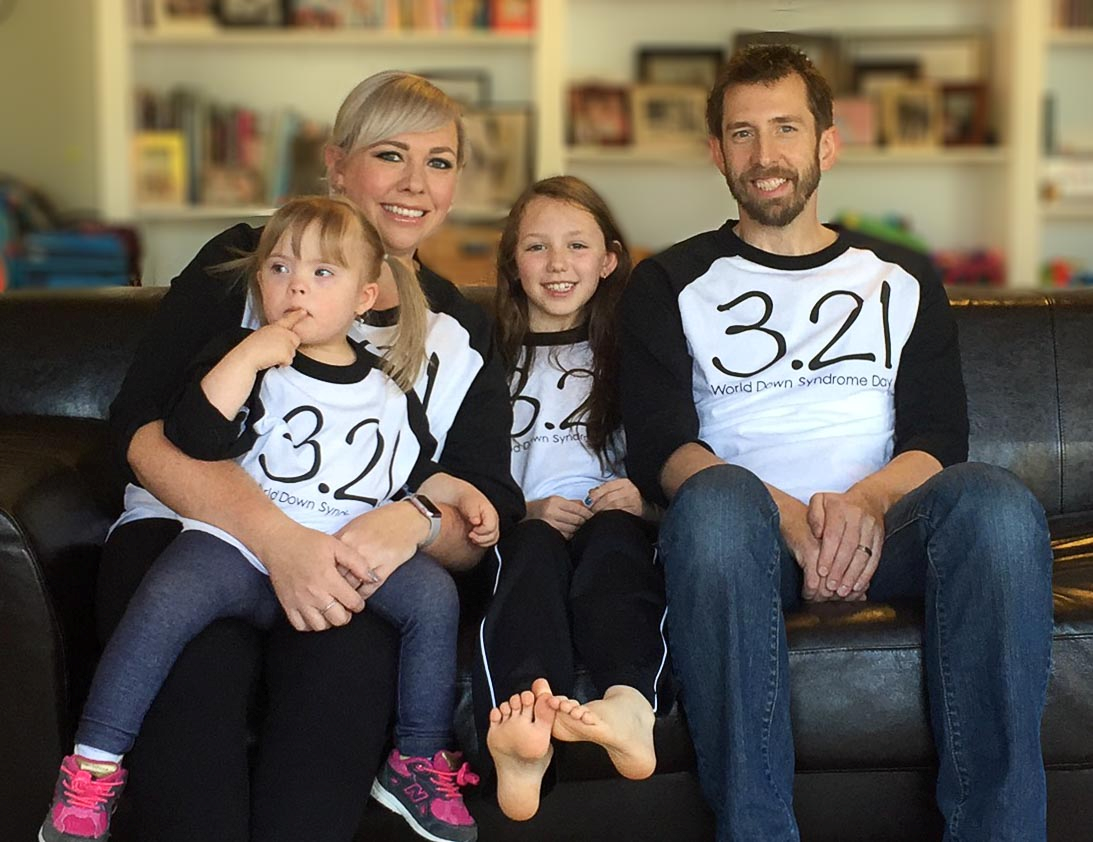 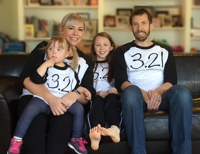 Brian and Dorothy Schwetz of Manassas are getting closer to their goal of getting Down syndrome specialized license plates in Virginia. 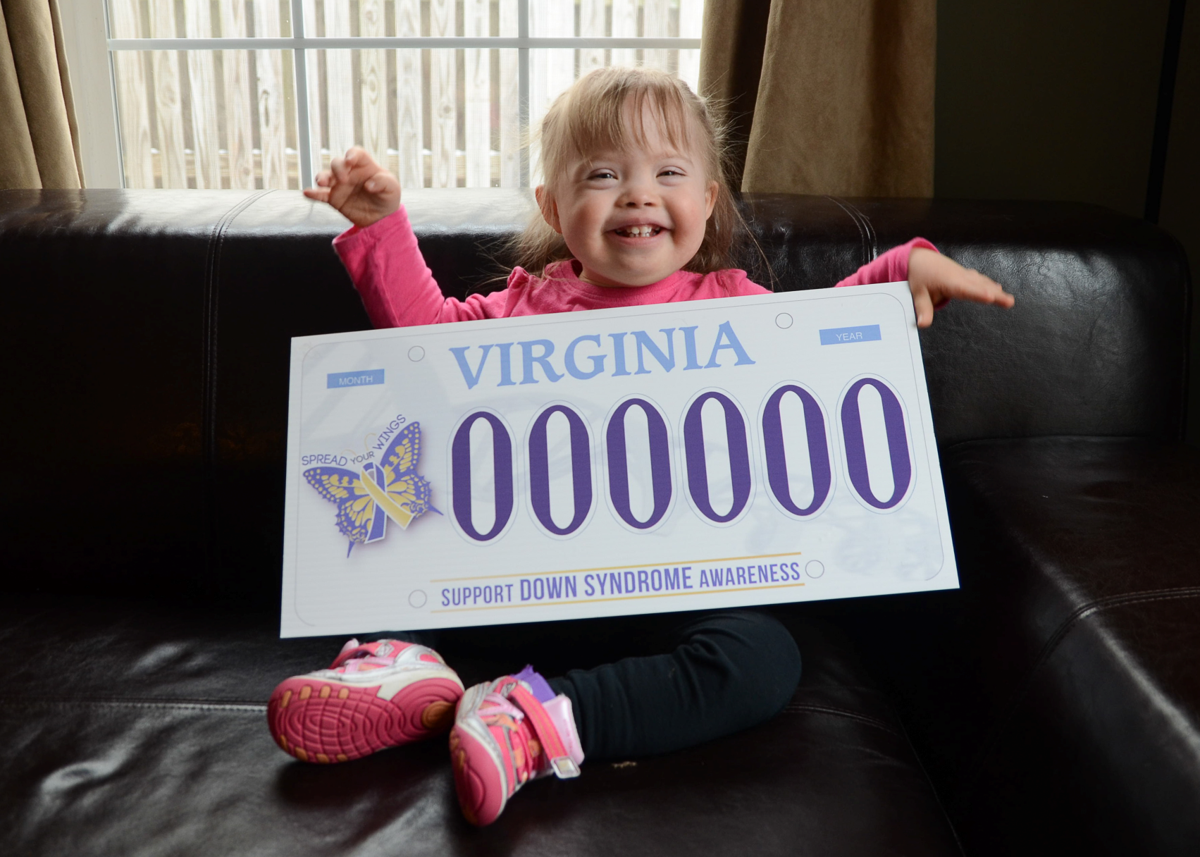 Brian and Dorothy Schwetz of Manassas are getting closer to their goal of getting Down syndrome specialized license plates in Virginia.

Brian and Dorothy Schwetz have campaigned since 2014 for a Down syndrome specialized license plate, after discovering Virginia did not have the option available. Now they are two months and 250 special license plate applications from their goal.

“We were shocked to see that there wasn’t a license plate available in Virginia,” Dorothy Schwetz said. Maryland, Florida and Arkansas are a few states that have Down syndrome awareness plates.

“We never regretted waiting to find out her diagnosis until her birthday,” the Schwetz family shared on Facebook. “We decided she was ours, no matter what, and we would love her.”

Lucy is now 4 years old, in preschool and enjoys playing with her older sister Chloe. By participating in local buddy walks and sharing their license plate campaign on social media, the Schwetz family is working hard to collect the required license plate applications.

“We want to make awareness in Virginia more than just the cute pictures we post of our daughter on social media,” the family wrote on Facebook.

Dorothy Schwetz reached out to her friend, graphic designer Priscilla Johnson, to create a design for the plate. They came up with a colorful butterfly on the left of the plate, with the Down syndrome awareness ribbon on the center of the insect’s body and the words, “spread your wings.” The plate also includes a genetic symbol in the background.

“We wanted it to be a bit more colorful than the standard ribbon,” Dorothy Schwetz said. “We wanted to make people excited to have the plate on their cars.”

Once the design was completed, the Schwetz family reached out to The Arc of North Central Virginia to sponsor the plate. The organization is a nonprofit that provides information and support to people with intellectual and developmental disabilities.

“There already is a Virginia license plate for autism,” said Marilyn McCombe, president of the organization. “This campaign is in alignment with the rest of the major group of people that we serve.”

To get the special license plate approved, the Schwetz family and The Arc of North Central Virginia must submit 450 prepaid applications to the Virginia Department of Motor Vehicles. An application would be for either a new-issue plate or the transfer of an existing plate number, and the payment is either $25 for a standard plate or $35 for a personalized plate. The license plate will then go to the General Assembly for authorization. If the General Assembly approves the plates in their January session, the plates will then face go to the governor for a final signature.

Dorothy Schwetz said the application process had been complicated in the past. Those who were interested needed to complete a PDF form, attach it to an email and find a way to pay the fee. “Last week, the DMV just made it easier,” Schwetz said. Now, people can fill out their application online through The Arc of North Central Virginia website and submit a payment with PayPal.

The Schwetz family has until Dec. 31 to collect 450 applications for the special license plate. If the plate gets 1,000 active registrations, the DMV will donate a portion of the proceeds to The Arc of North Central Virginia.

“Although it is just a vanity plate, anything you can do to recognize Down syndrome helps with awareness,” Dorothy Schwetz said.

I'm also surprised VA does not have this plate already considering how many Special plates we do have. Let's hope this is successful.