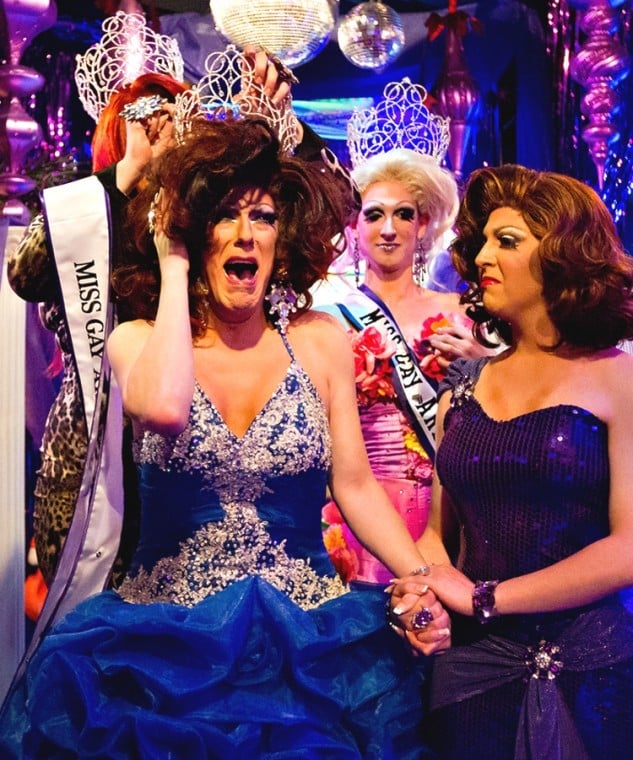 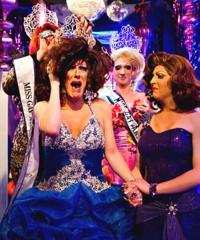 Stardust reacts while being crowned Miss Gay Arlington 2012 at the end of the night's competition. (Photos by Deb Kolt) 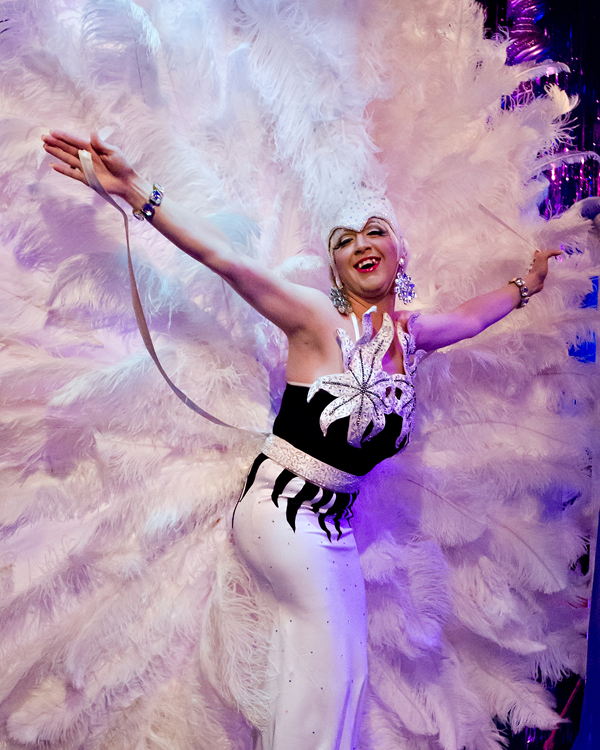 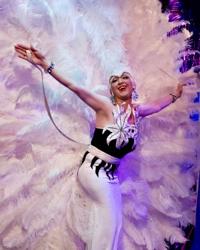 Hope B. Childs hits the stage with an homage to Mardi Gras at the Miss Gay Arlington competition, held April 28 at Freddie's Beach Bar. (Photos by Deb Kolt)

Stardust reacts while being crowned Miss Gay Arlington 2012 at the end of the night's competition. (Photos by Deb Kolt)

Hope B. Childs hits the stage with an homage to Mardi Gras at the Miss Gay Arlington competition, held April 28 at Freddie's Beach Bar. (Photos by Deb Kolt)

Inspiration comes from many sources. And for the winning contestant in the 2012 “Miss Gay Arlington” competition, those inspirations included Jeannie C. Riley and Emily Litella.

“Stardust,” the stage name of James Potter, won the second annual competition, sponsored by the Arlington Gay and Lesbian Alliance, during a showdown April 28 at Freddie’s Beach Bar in Crystal City.

While there were four categories of competition, Stardust took control of the night during the talent competition, when she lip-synched a classic monologue featuring Gilda Radner as the perpetually befuddled Litella, reading a children’s book about a teeny-tiny princess on her wedding night, then moved into an up-tempo version of Riley’s 1968 country anthem “Harper Valley PTA.”

For Kris McLaughlin, a former AGLA president and one of the judges, that moment had special meaning.

“It was awesome to see a young performer bring Gilda back to the stage with such passion,” McLaughlin said. “I’m a big Gilda fan, and was delighted to watch another fan, who imitates her much better than I do.”

The event featured men portraying the female persona. As winner, Potter/Stardust received a prize package that included $300, a collection of costume jewelry, the official Miss Gay Arlington crown and sash and the opportunity to participate in the Capital Pride Parade.

“The contestants did a great job, the guest entertainers were fantastic, and the crowd was standing-room only,” said Daniel Hays, who organized the competition.

The theme of the event was Mardi Gras, honoring the 2011 Miss Gay Arlington (Diamond D. Bottoms), who originally is from the New Orleans area.

For the evening’s emcee, Nate Johnston – known on stage as Shelby Bottoms – the event marked a return to the local area since his move to Columbus, Ohio.

Despite the eight-hour drive, “It’s great to be back,” Johnston-as-Bottoms told the audience while peppering the room with one-liners.

As for the contestants, Bottoms said the effort in time, expense and courage put in by the contestants is inspirational. “It takes a lot to come out on this stage. Nobody is ever a loser, everybody’s a winner.”

In addition to talent, judges rated the contestants on initial presentation, evening gown and on-stage questioning.

Both Stardust and her competition, Hope B. Childs, were tall and willowy, although those who perform in the local area come in all shapes and sizes.

Childs started off strong, with an impressive, all-white ensemble and, later, a monologue and song from the musical “Gypsy.” But Stardust’s performance as Litella may have turned the tide with the judges.

For Hays, who performs as Muffy Bottoms (trying to keep all the various Bottomses straight, so to speak, isn’t easy for the first-timer at these pageants), there are a number of skills needed to do well in these types of competitions.

“Success is the product of putting the complete package together,” he said. “Yes, there are the obvious skills, like makeup, hair and costume design, but it is much more than that.”

“Doing drag is a full-on performance requiring an array of performance skills,” Hays said. “For me, I find one of the most important qualities to be the ability to take on and deliver the persona of my alter ego, something that for me is kind of a product of physically transforming into the character.”

The event’s genesis comes from the desire of AGLA officials to have a little fun and get a young audience involved in its mission. McLaughlin said the event, which drew a packed crowd, had achieved its goals.

“The event organizers wanted to reach a diverse crowd – they succeeded,” she said. “I met people new to Freddie’s and saw longtime friends, straight and the entire gay alphabet – LGBTQ, etc. – along with candidates for public service.”

Planning already has started for the 2013 competition, organizers said.