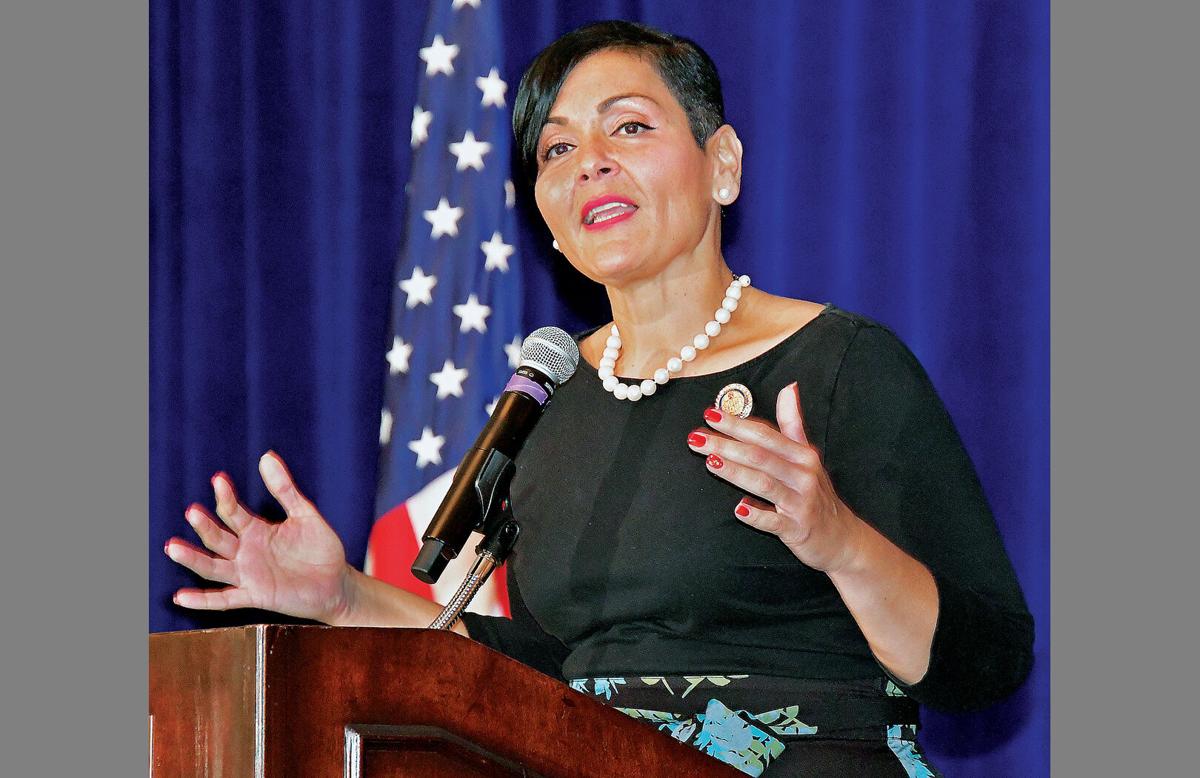 Del. Hala Ayala, the Democratic nominee for lieutenant governor, makes the case for her candidacy during a Sept. 1, 2021, luncheon sponsored by Virginia FREE at the Ritz-Carlton Tysons Corner. (Photo by Brian Trompeter) 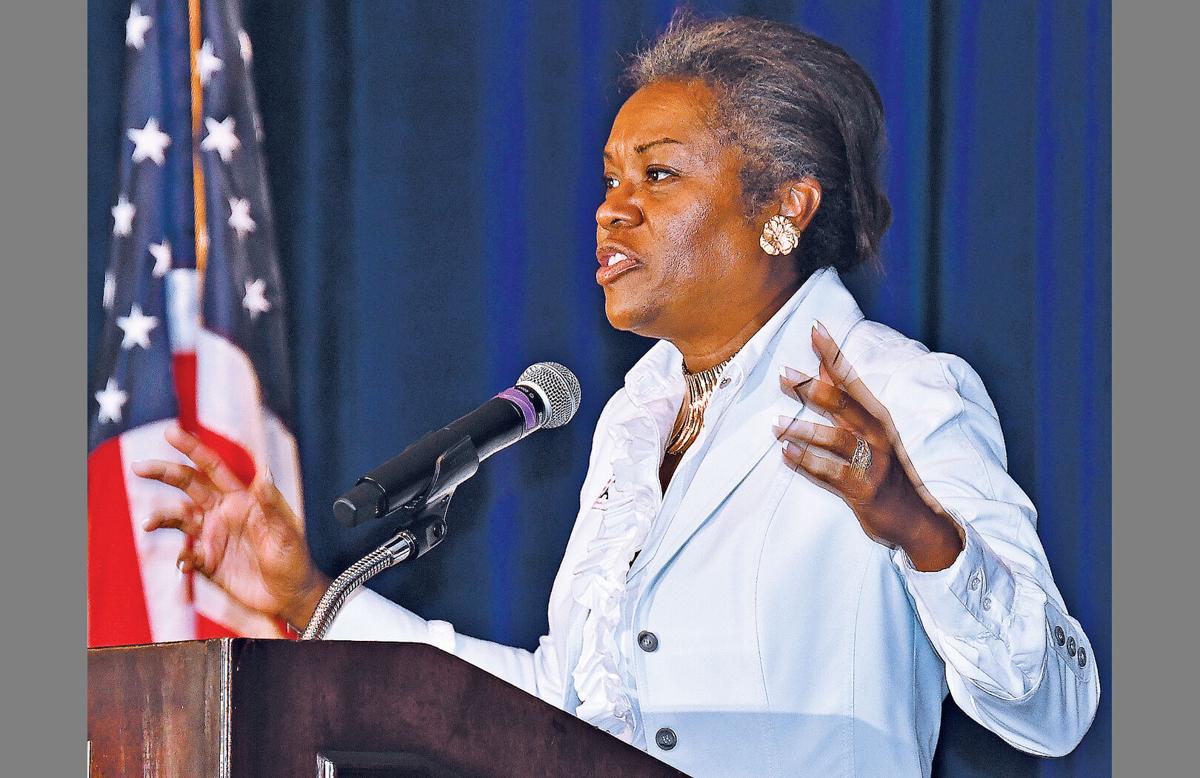 Former Del. Winsome Sears, the Republican nominee for lieutenant governor, makes the case for her candidacy during a Sept. 1, 2021, luncheon sponsored by Virginia FREE at the Ritz-Carlton Tysons Corner. (Photo by Brian Trompeter)

Del. Hala Ayala, the Democratic nominee for lieutenant governor, makes the case for her candidacy during a Sept. 1, 2021, luncheon sponsored by Virginia FREE at the Ritz-Carlton Tysons Corner. (Photo by Brian Trompeter)

Former Del. Winsome Sears, the Republican nominee for lieutenant governor, makes the case for her candidacy during a Sept. 1, 2021, luncheon sponsored by Virginia FREE at the Ritz-Carlton Tysons Corner. (Photo by Brian Trompeter)

Candidates for lieutenant governor of Virginia told their personal stories and articulated their values at a Sept. 1 luncheon in Tysons, but provided few specifics on what they would seek to accomplish if elected.

Democratic nominee Hala Ayala, who is running against Republican Winsome Sears, is near the end of her second term as a state delegate representing the 51st District. She talked of her immigrant parents and learning the value of perseverance as the family struggled financially.

“I pulled myself up by my bootstraps,” said Ayala, who worked as a cybersecurity specialist for more than two decades.

Ayala said she had worked in the House of Delegates to grow Virginia’s economy, maintain and expand abortion rights, expand access to broadband service and affordable healthcare, and support small businesses during the pandemic.

“I’m really just so very proud of the work that we’ve done in the General Assembly,” she said, adding that Virginia now is the top-ranked state in which to do business.

Ayala promised if elected to continue her efforts to expand the commonwealth’s economy and consult her own and others’ “lived experiences” to inform smarter, sharper policies.

“We’ll continue to fight to make sure that every Virginian has a seat at the table, versus being on the menu,” she said.

The luncheon, held at the Ritz-Carlton Tysons Corner, was sponsored by Virginia FREE and also had presentations by nominees for governor and attorney general. All three Democratic candidates spoke consecutively, then were followed by the Republicans.

Sears, a retired U.S. Marine, focused her speech more on her bedrock beliefs than policy specifics.

“If you don’t have core values, you’re dead, because you’ll sell yourself to the highest bidder,” Sears said. “I’m telling you now, I can’t be bought.”

Born in Jamaica and raised in New York City, Sears represented the 90th District in the House of Delegates from 2002 to 2004 and made an unsuccessful bid in 2004 for the 3rd District seat in the U.S. House of Representatives. Sears also ran a homeless shelter for women and children, as well as a prison ministry.

Politics is a dangerous business in many countries, said Sears, who reported receiving death threats after her election to the House of Delegates.

“All I ever wanted to do was run for office and serve the people,” she said.

Sears said she recently had given notice to her landlord that she would be closing her small business for lack of available workers, a situation she blamed on governmental policies.

In addition to being first in the line of succession to the governor, Virginia’s part-time lieutenant governor serves as president of the state Senate and casts tie-breaking votes if needed.

Incumbent and somewhat embattled Lt. Gov. Justin Fairfax (D) could have run for another term, but instead made an unsuccessful bid for the Democratic nomination for governor, finishing well back in a race that was won by former Gov. Terry McAuliffe.

The Nov. 2 election will feature not only the race for lieutenant governor, but also governor, attorney general and all 100 House of Delegates seats.