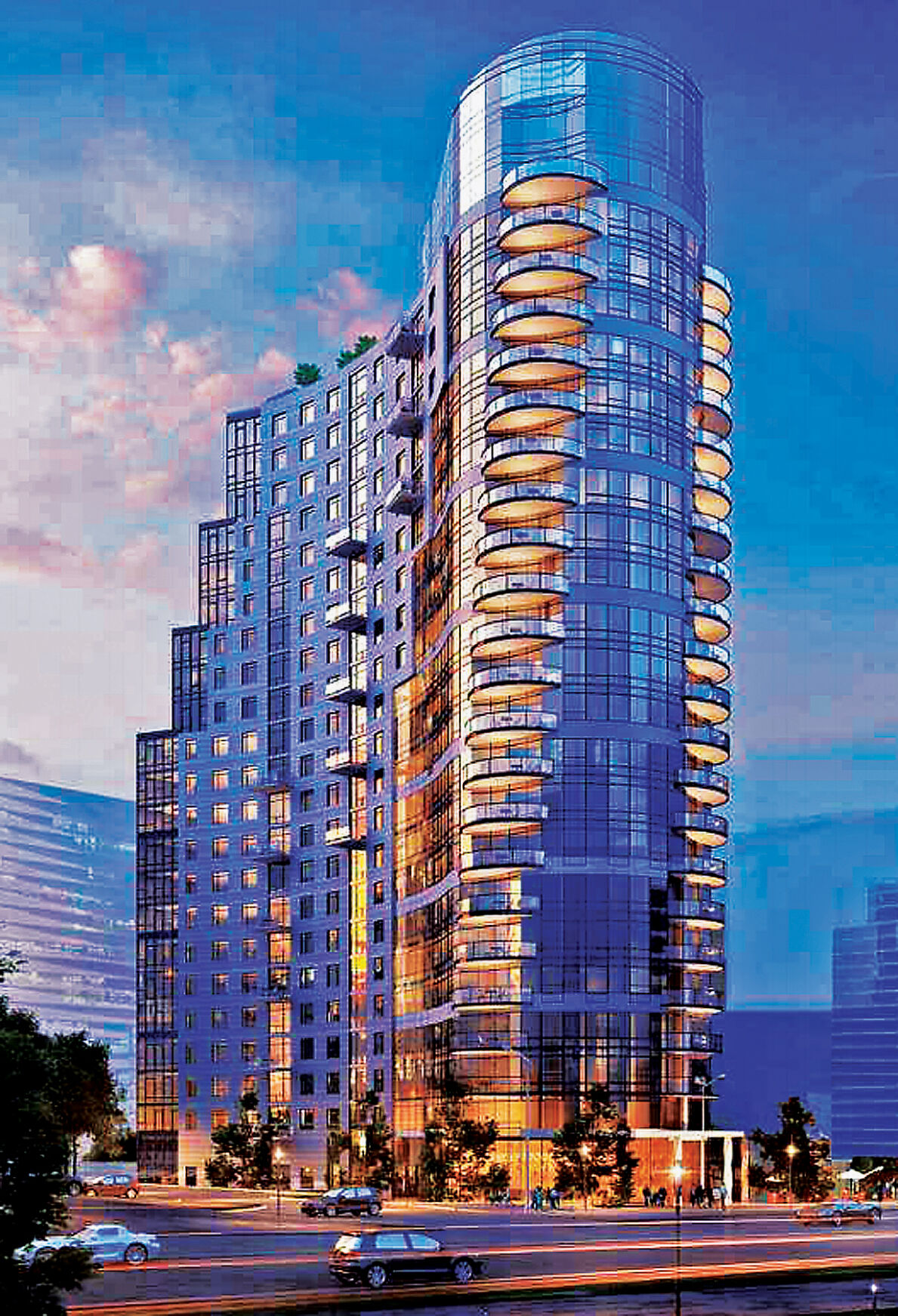 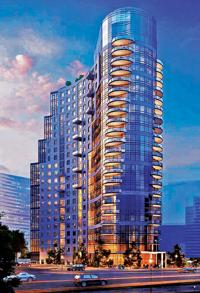 The Fairfax County Board of Supervisors on Sept. 29, 2020, approved plans by jrs@tysons LLC to construct a 270-foot-tall mixed-use building with 244 residential units in central Tysons. 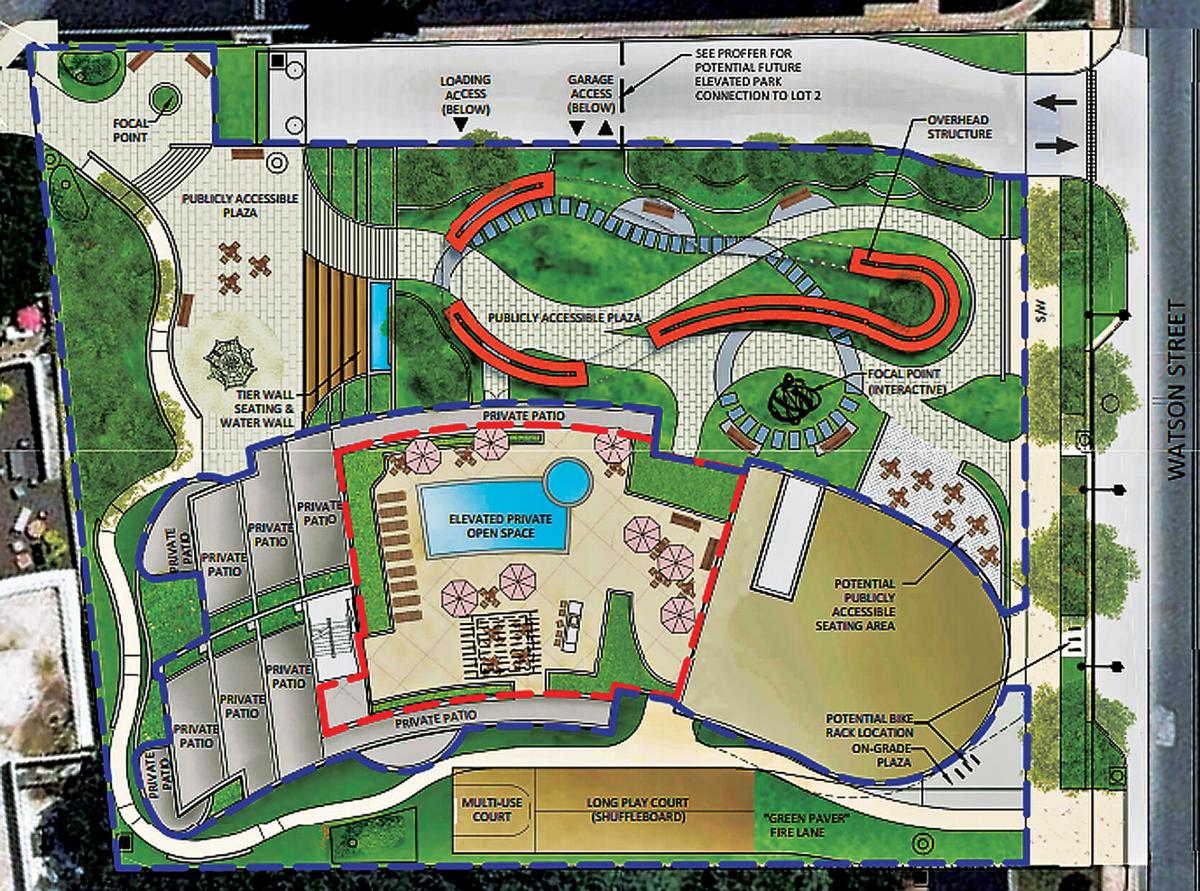 This overhead view shows the rooftop amenities and urban park space of a newly approved project that will be built in central Tysons by jrs@tysons LLC.

The Fairfax County Board of Supervisors on Sept. 29, 2020, approved plans by jrs@tysons LLC to construct a 270-foot-tall mixed-use building with 244 residential units in central Tysons.

This overhead view shows the rooftop amenities and urban park space of a newly approved project that will be built in central Tysons by jrs@tysons LLC.

Goodbye windmill, hello skyscraper on a tiny triangle of land in central Tysons.

The Fairfax County Board of Supervisors on Sept. 29 unanimously approved a proposal by jrs@tysons LLC to raze the existing J.R.’s Stockyards Inn at 8130 Watson St. and erect a 270-foot-tall, 26-story, mixed-use building with 244 residential units, a small amount of ground-floor retail and underground parking.

The 1.1-acre site, located between International Drive and Watson Street in central Tysons, has been occupied by the steakhouse since the late 1970s. Owned by Jim and Karen Wordsworth, the restaurant has an iconic windmill that several supervisors said they were sorry to see go.

“I look forward to seeing this project built,” said Supervisor Dalia Palchik (D-Providence). “I’ll miss the windmill [but] it will be an exciting addition to Tysons that will further our goals of making it a livable, workable and enjoyable, transit-oriented urban center.”

All of the site is within one-third of a mile of the Tysons Corner Metro Station and 74 percent of it is within a quarter-mile of the station, which under the Tysons Comprehensive Plan allows it to have unlimited development density.

The applicant’s plan will have a maximum 301,314 square feet of gross floor area and a floor-area ratio (which contrasts a parcel’s size with its gross square footage) of 6.28. That’s hefty but not enormous; the Empire State Building, for instance, has a floor-area ratio of 25.0.

The applicant will build 0.57 acres of urban park space that will be publicly accessible at-grade and have a variety of both active and passive recreational amenities. The park will replace a previously proposed nine-story wing of the building.

The amount of park space is slightly lower than the 0.64 acres stipulated under the county’s zoning rules for Tysons, but county staffers recommended approval of the applicant’s proposal because of the amenities’ high quality.

“The applicant tried to create a lot of outdoor ‘rooms,’” said John McGranahan, the applicant’s representative. “It’s an inviting pedestrian flow that gets people down an 18-percent grade to where they can walk comfortably to the Metro station.”

The building’s underground parking area will be accessible from a driveway, to be constructed on the site, that also will be used by the adjacent parcel to the east, which will be redeveloped by Capital One Bank.

The Tysons Comprehensive Plan calls for buildings to be 175 to 225 feet tall in that part of Tysons, but the developer is receiving extra height and density because 20 percent of the residential units will be workforce housing. The 270-foot-tall structure will be topped by architecturally screened mechanical equipment.

Indoor recreational space for the building’s residents will be located on the ground floor next to the publicly accessible retail space.

“That’s the way the system is supposed to work,” he said.

One key obstacle the developer had to overcome was the county’s 10-acre consolidation minimum for Tysons. The applicant did reach out to other adjacent property owners in the 7.92-acre triangle of land bounded by Route 123, International Drive and Watson Street, but could not make any headway, McGranahan said.

The applicant wants to advance Tysons’ transformation and hopes that development of this small piece of land will spur other builders to submit their own redevelopment proposals, he said.

“We saw this as sort of the first piece of a puzzle that could be developed over time as those other properties decided to come forward,” McGranahan said.

In addition to a required $288,375 contribution to the Tysons Grid of Streets Fund, the applicant will pay $350,000 toward a proposed, but not yet finalized, street that would be built on the property’s western edge. That future roadway would be located across International Drive from the entrance road to Tysons Corner Center.

Supervisors were supportive of the applicant’s proposal.

“This is a really interesting step in Tysons, in terms of how, at least potentially, smaller properties can come forward and help achieve the broader goals without coming in with very large [land] consolidations,” said Supervisor Walter Alcorn (D-Hunter Mill).

“While we’re losing a nostalgic landmark for a lot of us, it is nice to see the evolution in Tysons and some of the original owners in Tysons, who have seen a lot of these changes around them happen, be able to participate in that,” he said.

Good grief! This is laughable. The .56 acre 'park' .. what a joke! And the Tysons 'Grid of Streets' ... the developers have our Board of Supervisors tied in knots, they can get away with anything at this point. The 'concessions' to this project go on and on. #NoRulesAnymore