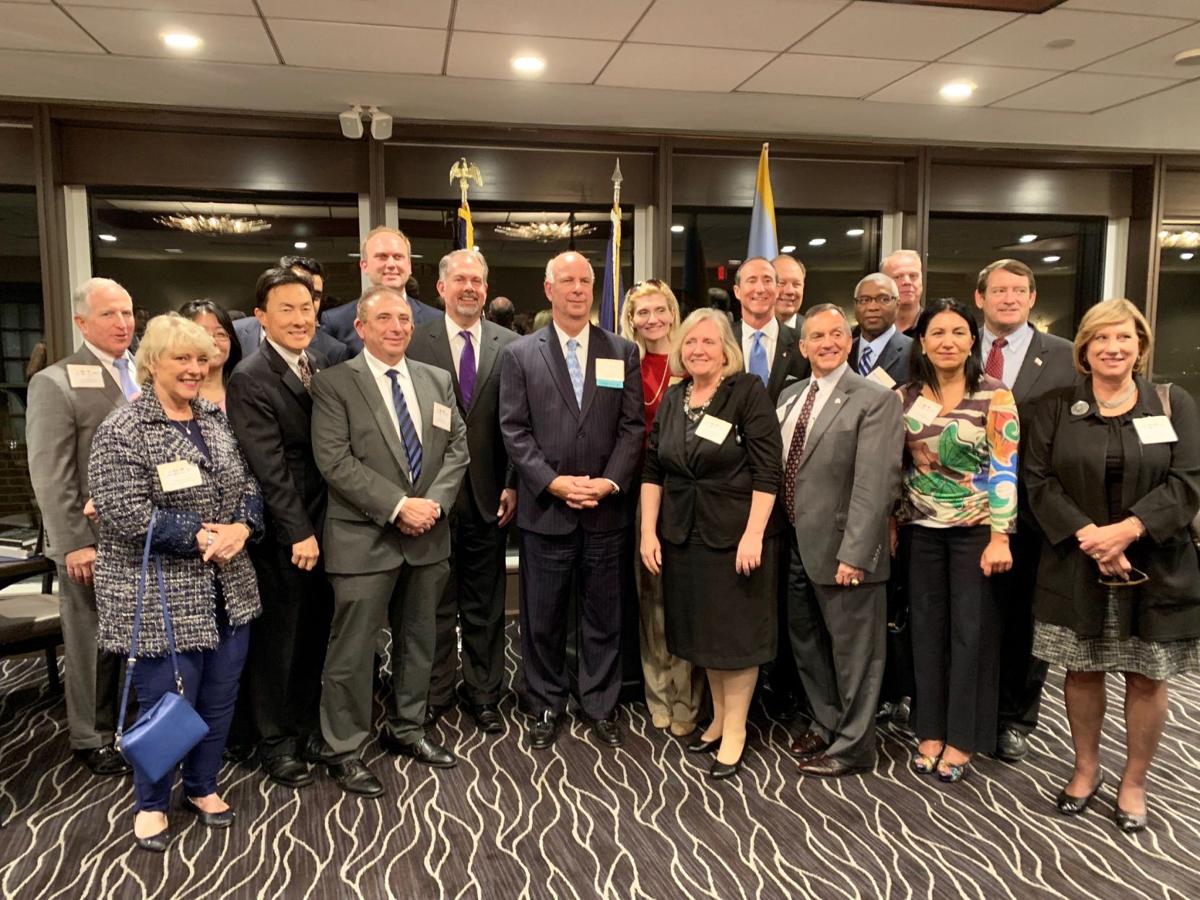 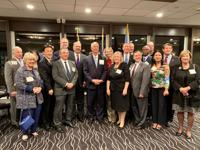 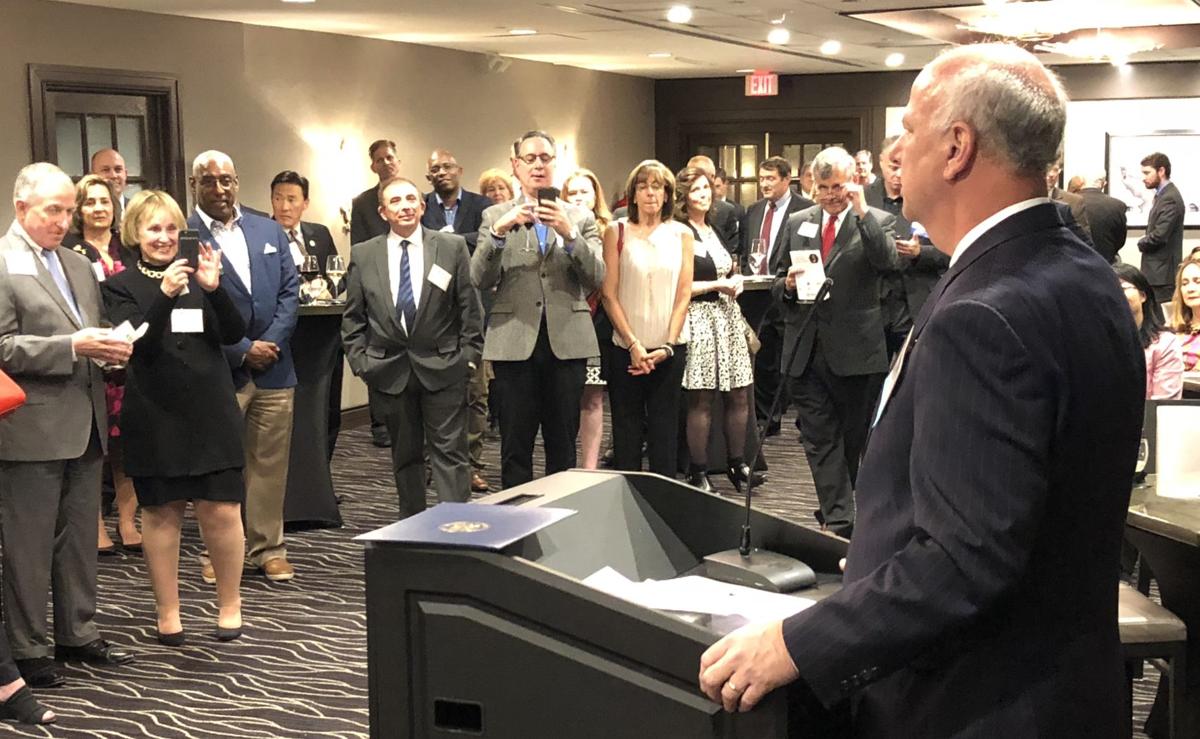 Dr. Gerald Gordon addresses the attendees at the reception. 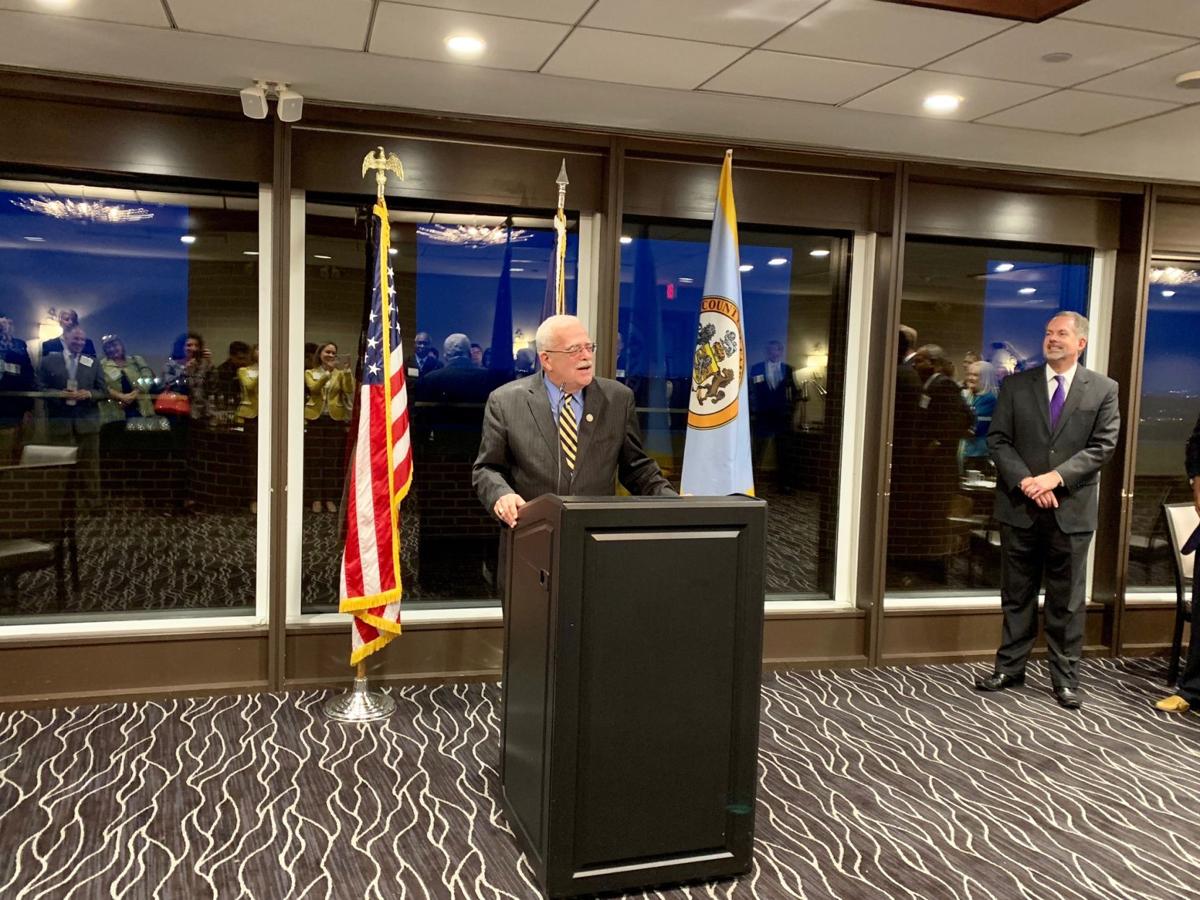 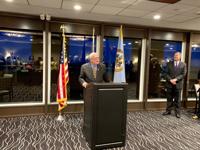 Dr. Gerald L. Gordon, who is retiring at the end of the year after 35 years with the Fairfax Economic Development Authority, was honored Nov. 1 by Fairfax area chambers of commerce during a reception at the Tower Club in Tysons.

During Gordon’s tenure as president and CEO of the authority, office space in the county has grown from 32 million square feet to more than 117 million and jobs have increased from 243,000 to more than 600,000. The Fairfax EDA has been recognized on multiple occasions as one of the top economic development agencies in the country.

Speakers at the event included U.S. Rep Gerald E. Connolly, D-11th, and a former chair of the Fairfax County Board of Supervisors; Stuart Mendelsohn, executive partner at Holland & Knight LLP and former member of the Fairfax Board of Supervisors, and Steve Davis, partner at EFT Global Consulting and former corporate controller for Mobil Corp., who was chair of the EDA commission from 2006 to 2016.

Connolly presented Gordon with a copy of a congressional resolution in honor of his service.

The president and CEO of the Fairfax County Economic Development Authority will retire at the end of 2018, the organization announced Monday.

‘The Good Doctor’: A Patient Confuses — Then Shocks — in the Season 5 Premiere (RECAP)