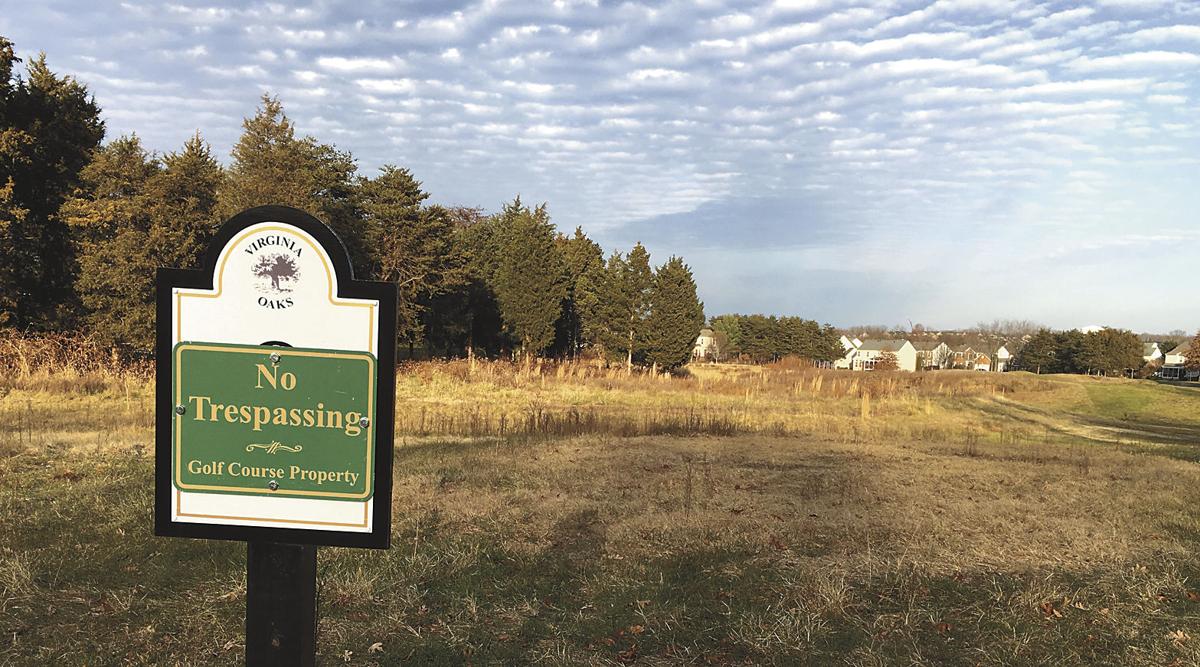 Virginia Oaks Golf Course opened in 1999 along with the Virginia Oaks neighborhood. The golf course closed earlier this year and residents are concerned. Alex Koma/Insidenova 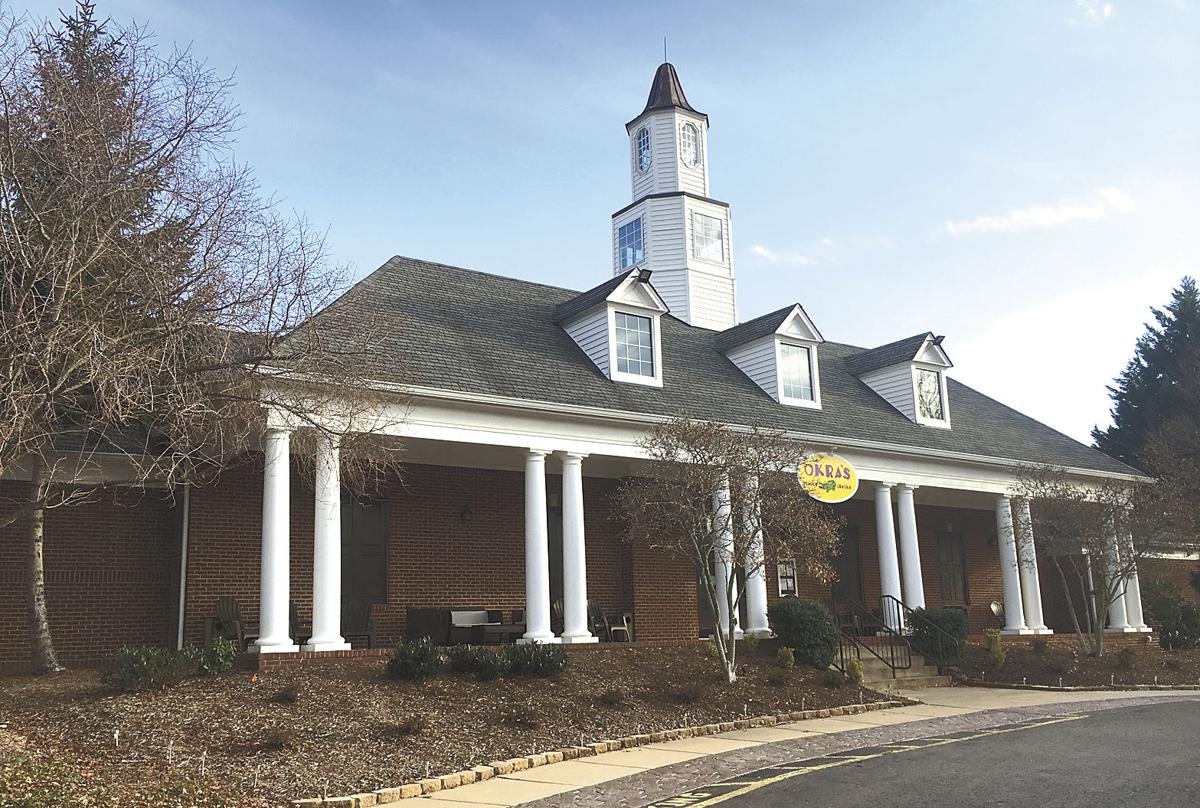 Virginia Oaks Golf Course opened in 1999 along with the Virginia Oaks neighborhood. The golf course closed earlier this year and residents are concerned. Alex Koma/Insidenova

With hundreds of houses neatly tucked along a series of quiet cul-de-sacs, the Virginia Oaks neighborhood in Gainesville is like any other upscale golf course community in Northern Virginia, except for one key difference.

There isn’t a golf course at the center of it anymore.

Though the rolling hills and tree stands once associated with the Virginia Oaks Golf Course still stand in the middle of the 563-home community just off U.S. 29, the putting greens have turned various shades of brown and weeds populate the fairways.

The course opened with the community in 1999, but its current owners shuttered it earlier this year, according to Prince William County staff, and have yet to sell the property.

Neighbors say the 67-acre course has been in a steady decline for years, and now they’re wondering what exactly will become of it as it sits just a few feet away from many of the neighborhood homes.

For now, the property owner, a company known as Virginia Oaks LLC, is staying tight-lipped about its plans. State records show Robert Cappellini — CEO and co-founder of the Evergreene Cos., a homebuilder in the metro D.C. area — as the registered agent of that company, and he didn’t respond to repeated requests for comment on the property’s future.

Yet the course’s closure has already had ripple effects on the rest of the community. Okra’s Cajun Creole, long a staple in Old Town Manassas, opened a location alongside the course clubhouse in late March, but the restaurant will shut its doors for good Dec. 18.

Lisa Fink-Butler, a zoning administrator with the county’s planning office, said the restaurant was zoned as a support building for the golf course. When county planners learned a few weeks ago that the course was no longer open, they had to tell Okra’s to shut its doors.

“We know there’s no golf course, and there hasn’t been one since shortly after we opened the restaurant, and the code is pretty clear,” said Charles Gilliam, the owner of Okra’s. “This is the first time in a long time that we’ve had any degree of certainty about our future.”

Gilliam said it was no great surprise that Okra’s would need to find a new home after the golf course closed — he was just taken aback a bit that the property would close so soon after he opened his new bistro nearby. Gilliam wasn’t sure exactly when the course officially closed (same goes for Fink-Butler) but he estimated that it was sometime in the spring or early summer.

“We went into the location and developed our business plan based on it being a restaurant that had a golf course behind our patio...so we were very surprised when it disappeared just a couple weeks after we opened it,” Gilliam said. “I wish I had known that would happen.”

Gilliam said he spoke with some of the course owners before opening the restaurant — he did confirm that Cappellini was among a group of private investors in the course, though he declined to identify any others — and his expectation was that “the course would be open for a couple of years, at the very minimum, to give us the chance to turn things around.”

Indeed, Gilliam said he “knew there was a possibility the golf course wouldn’t be there forever,” as it was his impression that the business was “struggling.” People living near the course said its condition has steadily deteriorated for years, an assertion matched by a litany of poor reviews on several websites.

County real estate assessments paint a similar picture of the course’s decline over the years. Just after the course opened in 2000, records show, the county assessed the land and its improvements at a total value of $2.04 million. Its value slowly climbed over the years, hitting a high of $3.27 million in 2007.

Even still, Gilliam assumed that the opening of an established local business like Okra’s near the property would help the course turn things around. As recently as May, Virginia Oaks’ management was even responding to disgruntled reviewers online, pledging to improve course conditions.

Plainly, it would seem that time ran out several months ago. Aside from a few scattered patrons and staffers at Okra’s, the course looks abandoned, and the area’s wildlife has the run of the property.

Fink-Butler referred any questions about the course’s future to its owners. Even the local homeowner’s association is in the dark about what may happen to the property, which is intertwined with the community itself.

“We don’t know what the status is on this end,” said Tammi Shoefstall, an assistant community manager with Sequoia Management, which oversees the property. The owners are not obligated to keep the HOA updated and they choose not to do so. They’ve bailed.”

Fink-Butler noted, however, that because the property is zoned as a golf course, any change in use by the current owner (or any future buyer) would require approval by the Board of County Supervisors, which can be quite a lengthy process.

Meanwhile, Gilliam says he’s hoping to open a new Okra’s location within the next three to six months, and move over all the staff and equipment once needed at the Virginia Oaks store. He plans to transfer all employees to his Manassas location for now (which he hopes will make it “better than ever”), and then set about finding a new building, whether it’s in Prince William County, Fauquier or even Loudoun.

“We’re kind of asking for help in having everybody keep their eyes open for somewhere to land, but we’re ready to go,” Gilliam said. “We have equipment, furniture, talent. We have a great product and we also have our concept and creativity...so we’re going to be great.”

But even in the midst of the hustle and bustle of that search, Gilliam said he can’t help but wonder what might happen to his restaurant’s former home.

“Everybody wants to know the answer to that question,” Gilliam said. “Nobody does.”

Sad. Oaks, when maintained, is a tough unique course. Bet I played there 15 times over the years and I NEVER once went in the water on number 9.

Anne Hathaway: Motherhood is more than a challenge

John Boyega: Silence is too expensive