The award, named for the state senator who passed away in January 2017, recognizes individuals for their service to the business community.

Also at the awards banquet, at the Hylton Performing Arts Center, the chamber recognized winners in 10 other categories.  The top excellence in business prizes went to Hepburn & Sons in the category of businesses with 11 or more employees, and the top small business award went to Competitive Edge Athletic Performance Center. 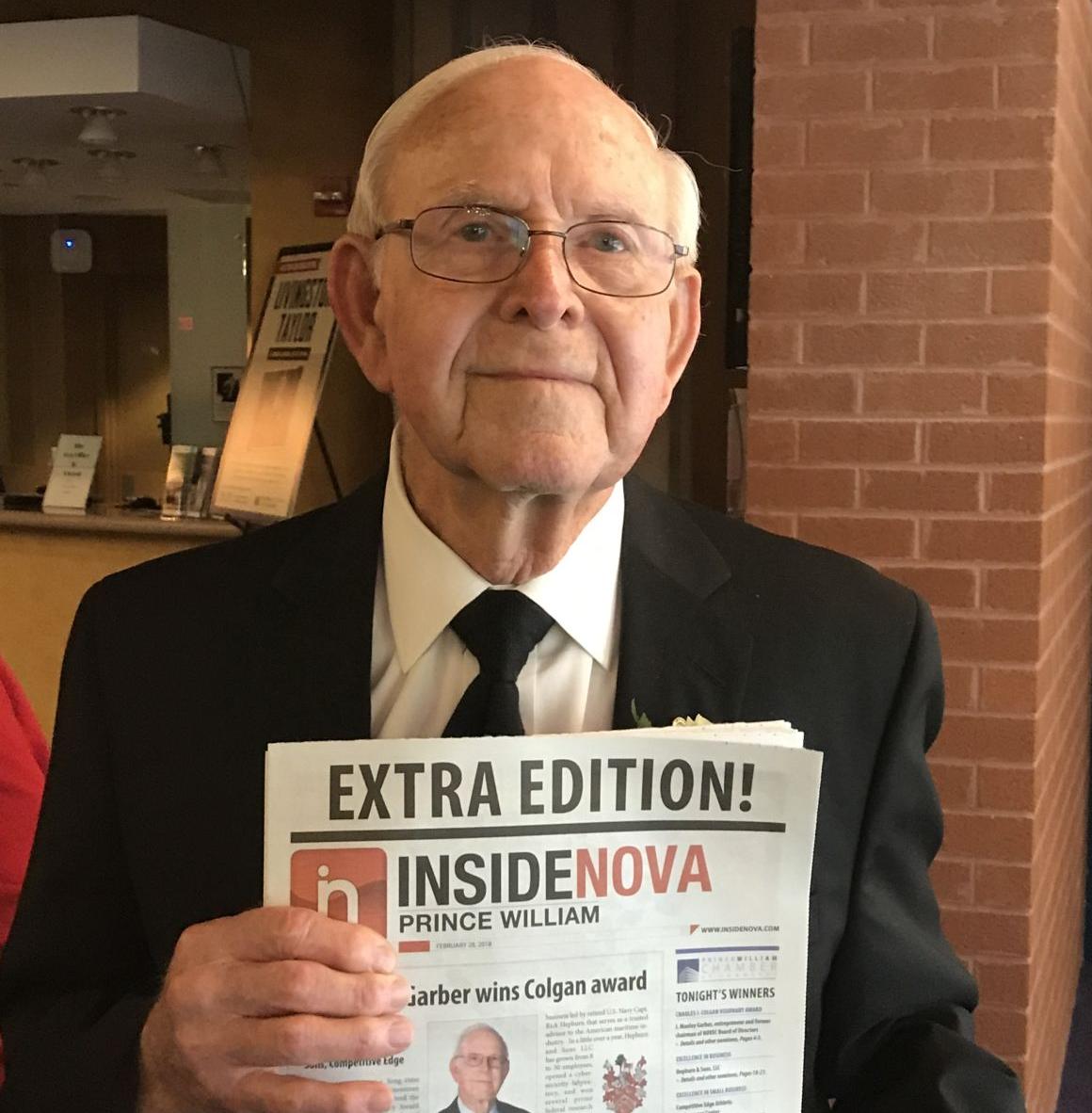 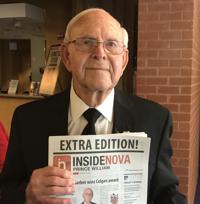 J. Manley Garber received the Charles J. Colgan Visionary Award from the Prince William Chamber of Commerce in 2018. He is pictured here with a special edition that InsideNoVa/Prince William published to commemorate the event. 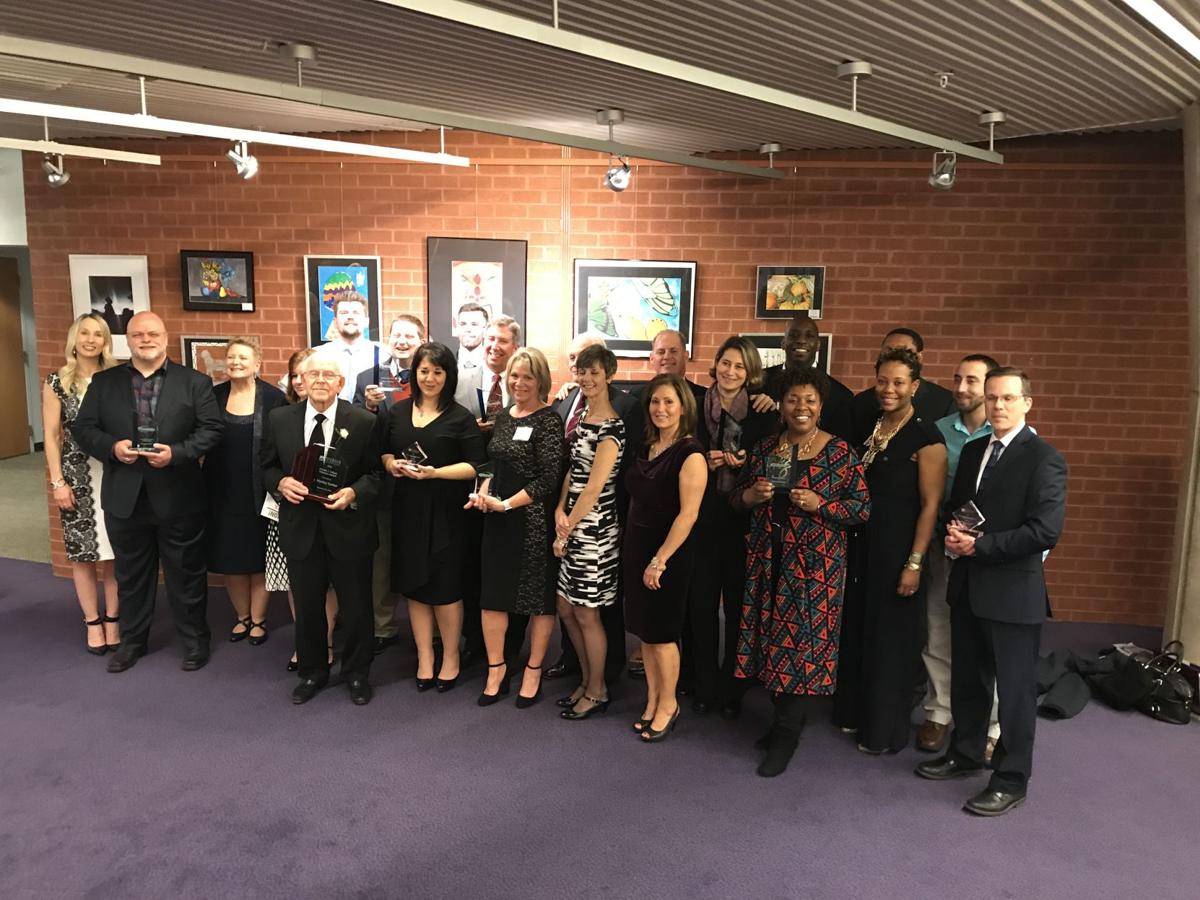 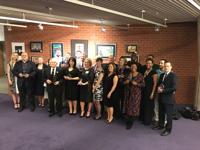 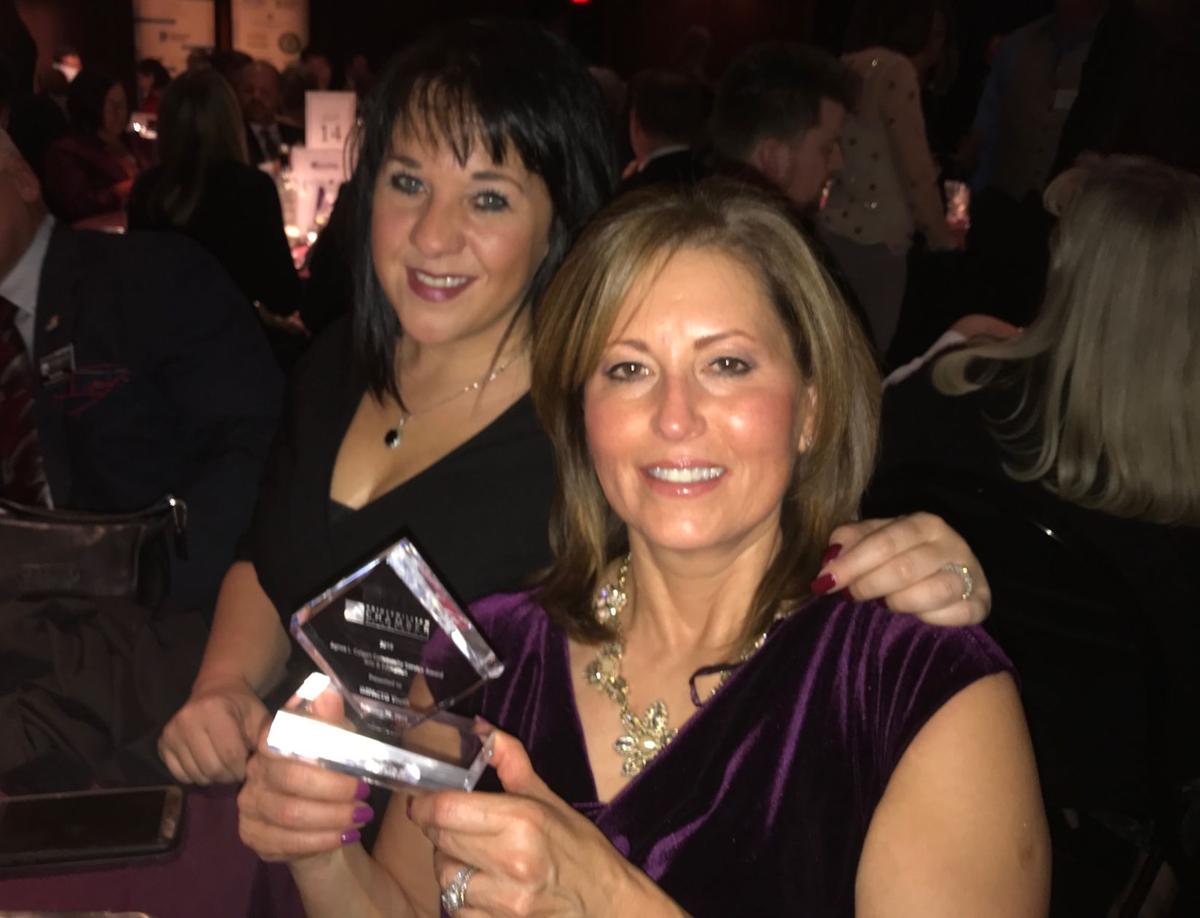 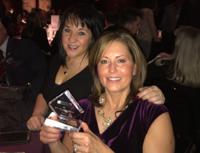 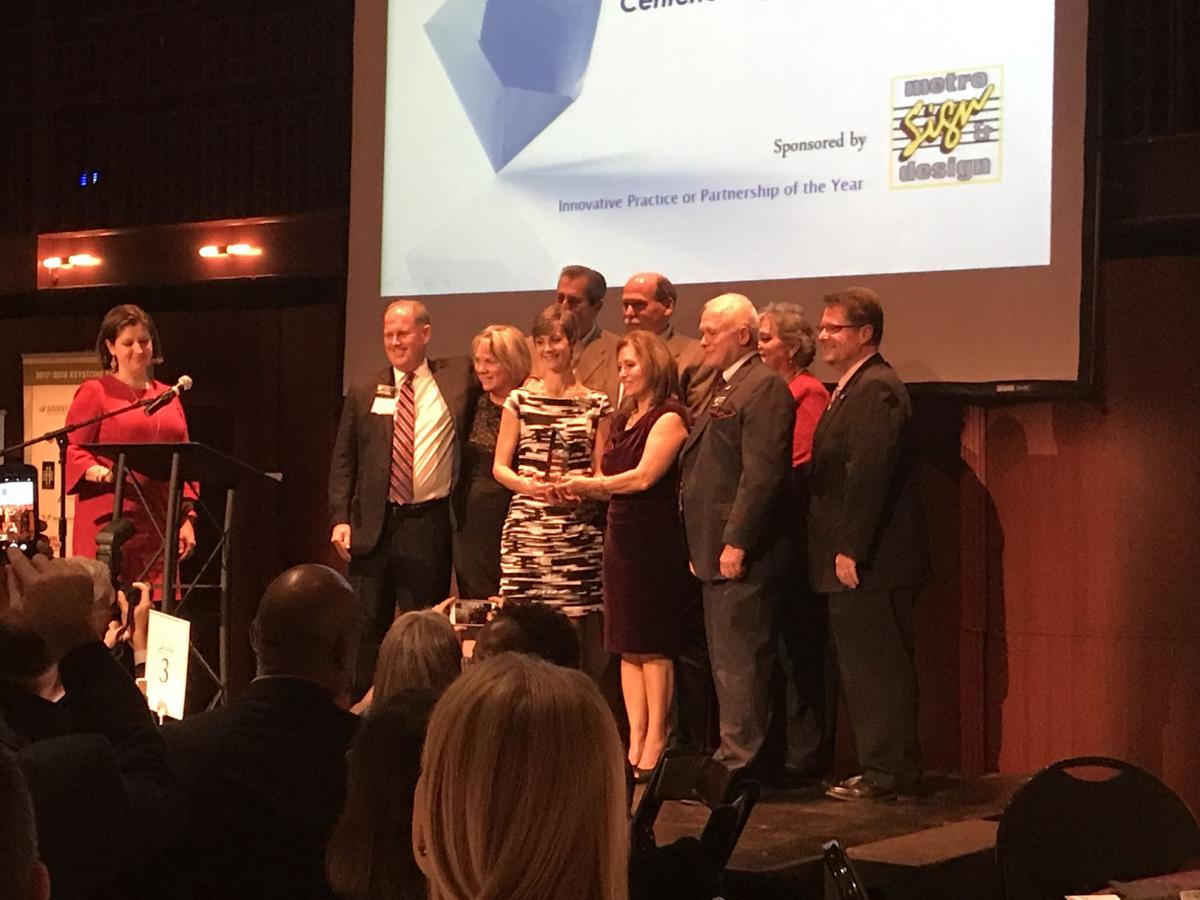 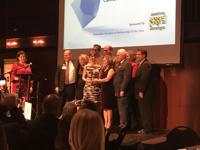 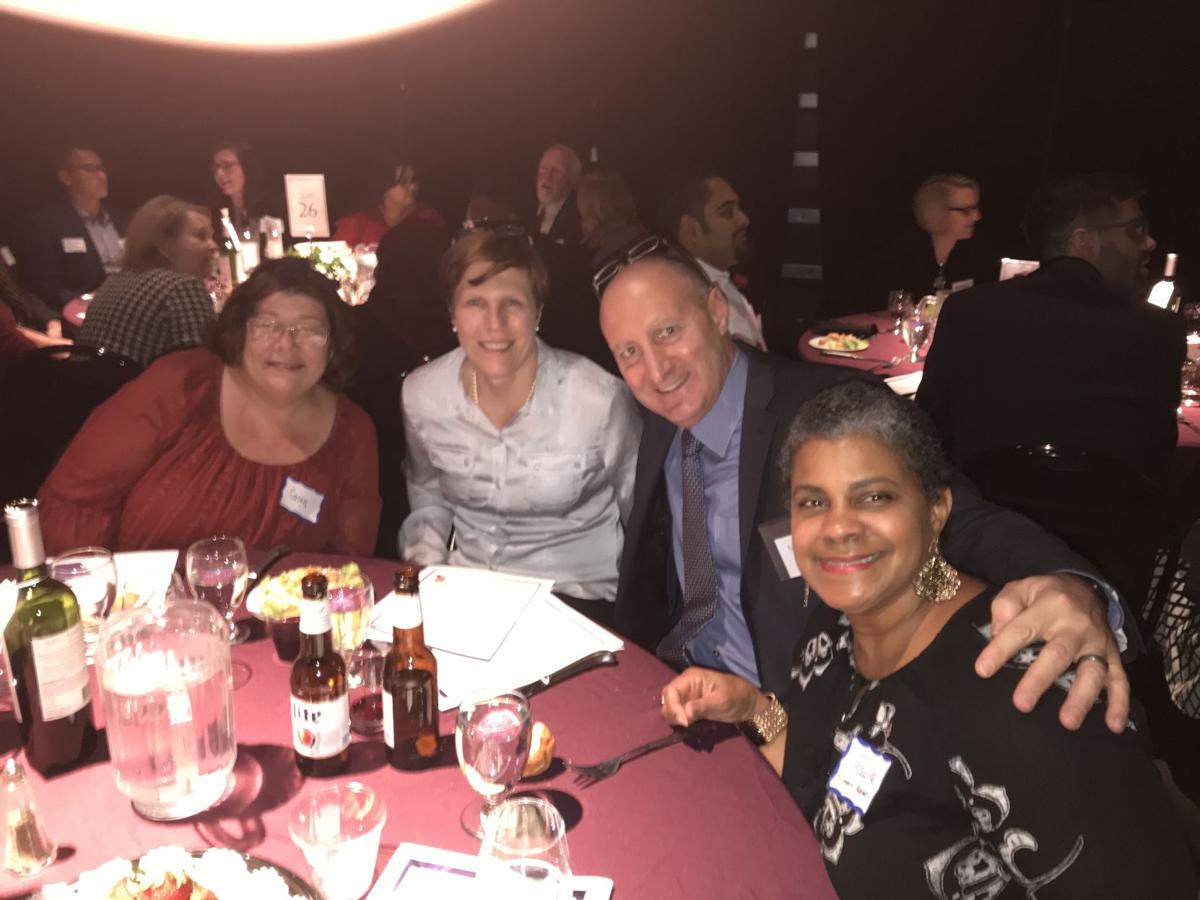 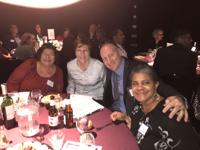 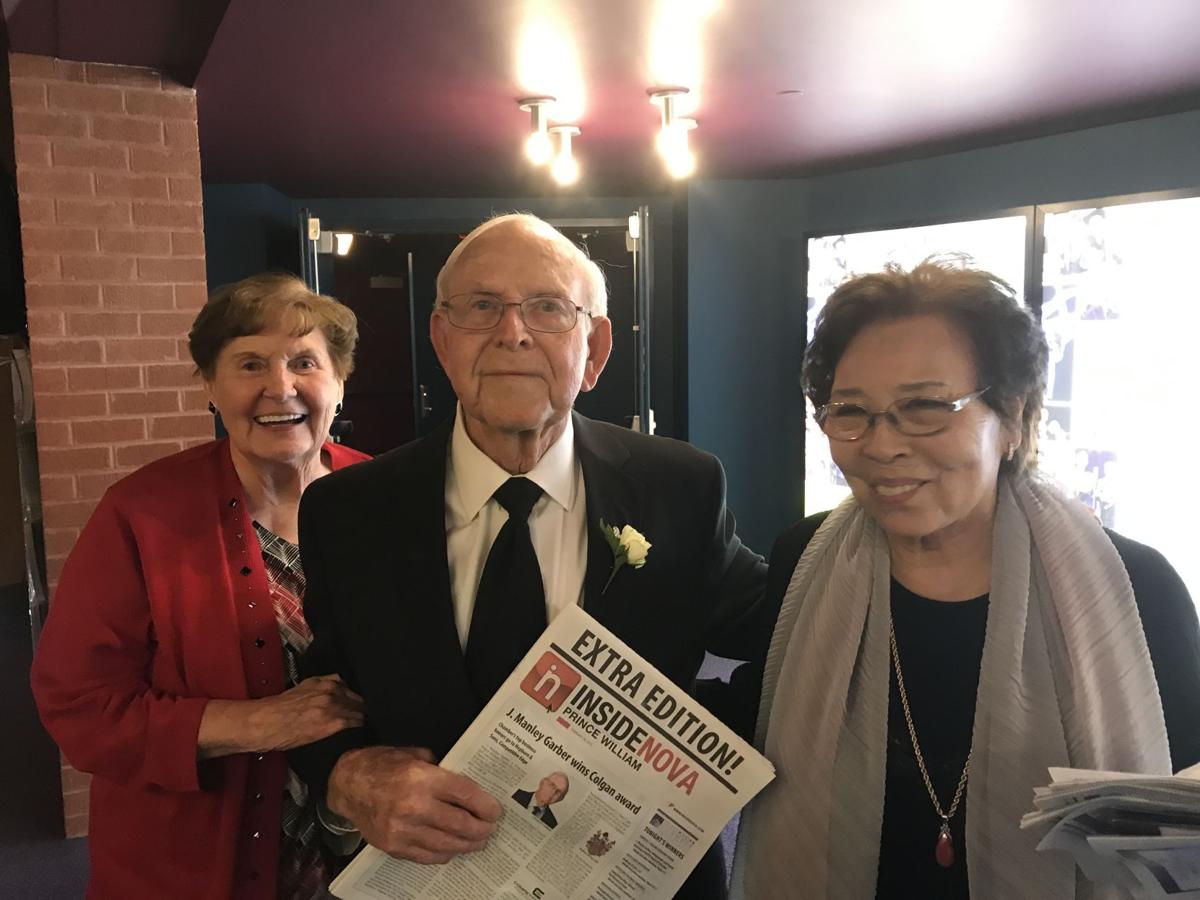 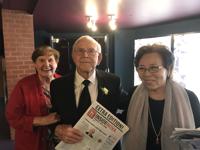 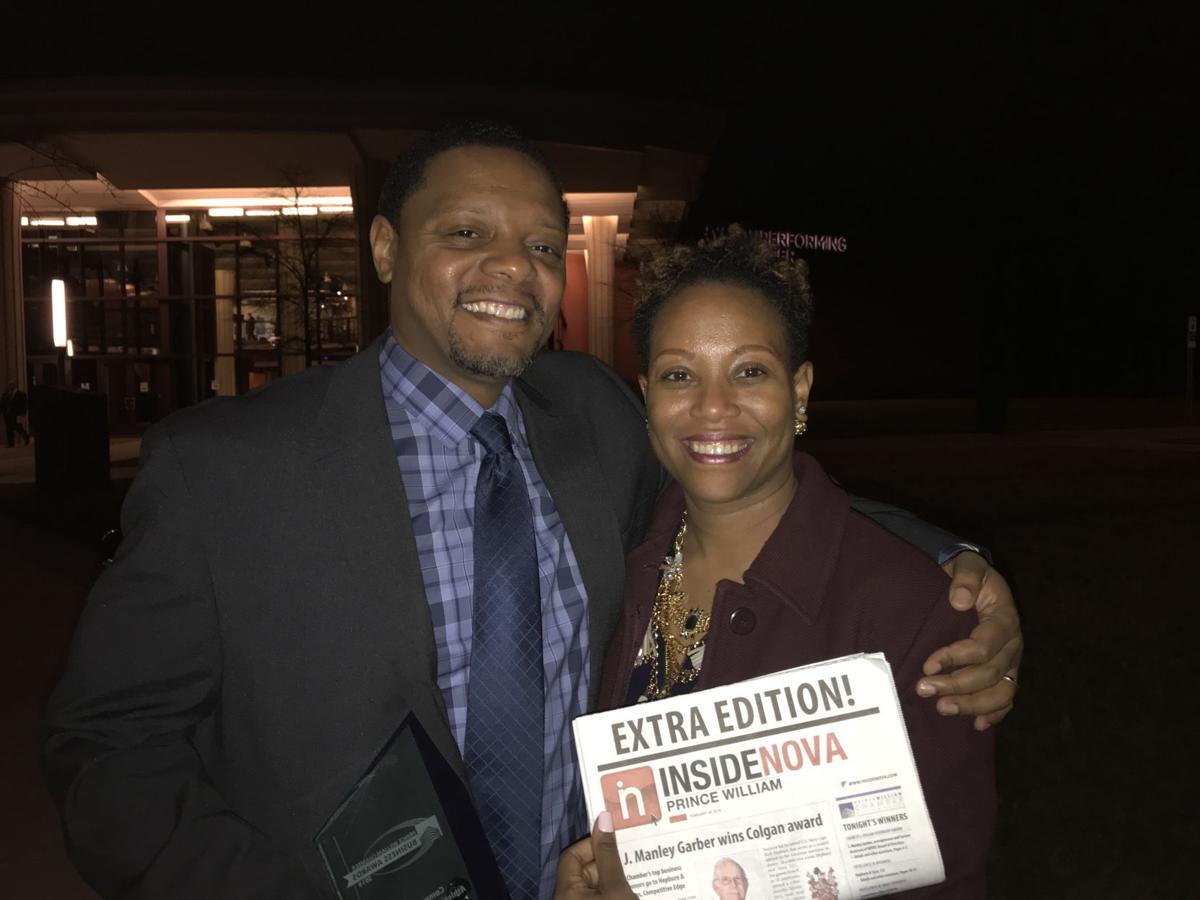 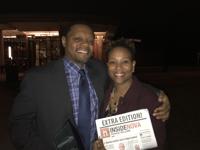 Garber, who turned 93 on Jan. 26, grew up in Woodbridge and did daily chores on his family’s farm starting at the age of 5.  He started working on the family farm full time after high school.

He branched out to commercial enterprises when he started a waste-management business in 1950. He also started the Holly Acres mobile-home park and a camper and trailer business and owned, leased and sold commercial real estate.

Garber pushed to bring electricity to much of county in the 1940s when the investor-owned electric utility refused to provide service to any home or business not along a main road. Because of Garber’s efforts, members of the Prince William Electric Cooperative elected him to the board of directors in 1950. He served as secretary before being elected chairman in 1974.

He has served 67 years on electric cooperative boards, more than any other co-op board member in the United States.

“Manley Garber is unique,” said Stan C. Feuerberg, NOVEC’s president and CEO. “He possesses a heart of gold for those less fortunate, yet maintains his objectivity on matters involving what is best for NOVEC and its members. He has proven to be the voice of reason in the boardroom time and time again.”

Garber’s community involvement is legendary. He has served on the board of directors for Prince William Hospital, First Manassas Bank, Commonwealth Savings and Loan, and Church of the Brethren in Woodbridge.

“On Easter, Dad still gets up at 4:45 a.m. to make fresh sausage gravy for the entire church family,” says Garber’s son, Dan. “He has it ready in time for breakfast at 7 a.m., after sunrise service.”

Hepburn & Sons, based in Manassas, was recognized as the best business over eight other nominees. The company, founded in 2010, is a family-owned business led by retired U.S. Navy Capt. Rick Hepburn that serves as a trusted advisor to the American maritime industry.   In a little over a year, Hepburn and Sons LLC has grown from 8 to 30 employees, opened a cyber-security laboratory, and won several prime federal research and development contracts relating to material science innovation, electromagnetic pulse protection, ship integration and data security.  The company also was selected as one of 12 participants in the Virginia Economic Gardening Pilot Program this past year. The program identifies exceptional small businesses that have shown promise to offer strategic solutions to further company growth, with the purpose of growing the local economy.

Competitive Edge Athletic Performance Center was named the best small business in a category featuring a dozen nominees. Located on Persistence Drive in Woodbridge, Competitive Edge is a multi-sports complex that specializes in training in student-athletes.  The facility has about 20,000 square feet, including batting cages, pitching tunnels, a half basketball/volleyball court, running speed lanes, a 1,300-square-foot turf area, a virtual golf station, a weight room, and a game room and rental studio.  Started in February 2016 and led by Maurice Briddell and Monte Evans II, Competitive Edge was named a 2017 American Small Business Grand Champion by The Score Foundation and Sams Club.

Winners in other categories were:

Congratulations Manley.........you have been a wonderful friend to many of us and I'm sure that Chuck would be delighted to see you received a well-deserved award in his name. Thank you for all that you do, including lending your name to GAR-Field H.S.!!

Kate Siegel on How ‘Midnight Mass’ Tackles ‘Faith vs. Fanaticism’