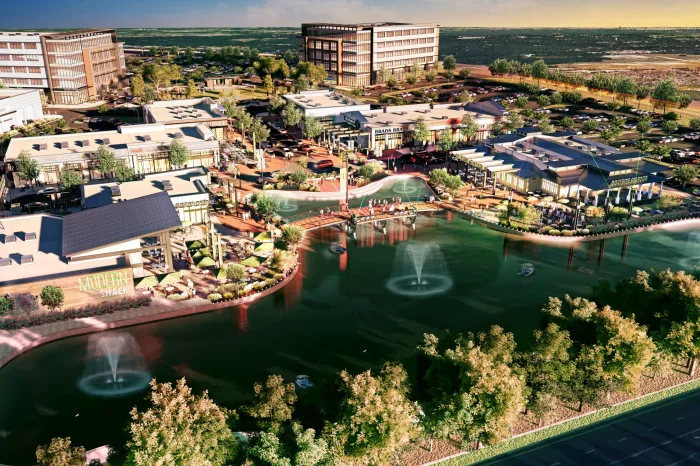 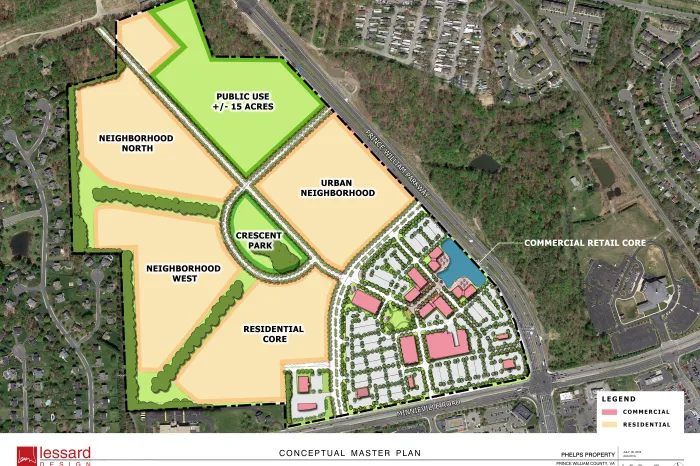 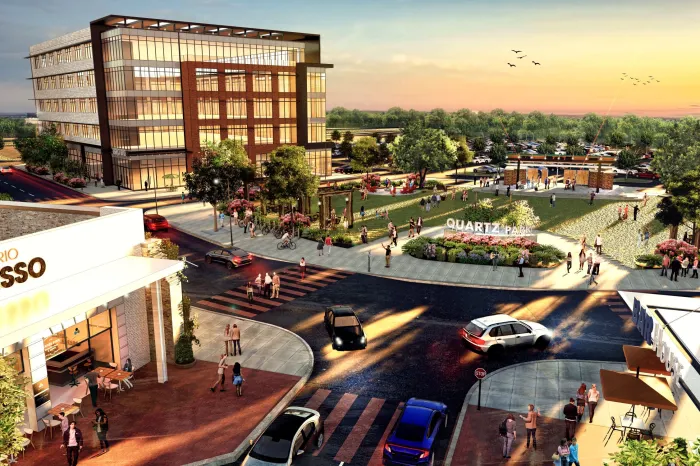 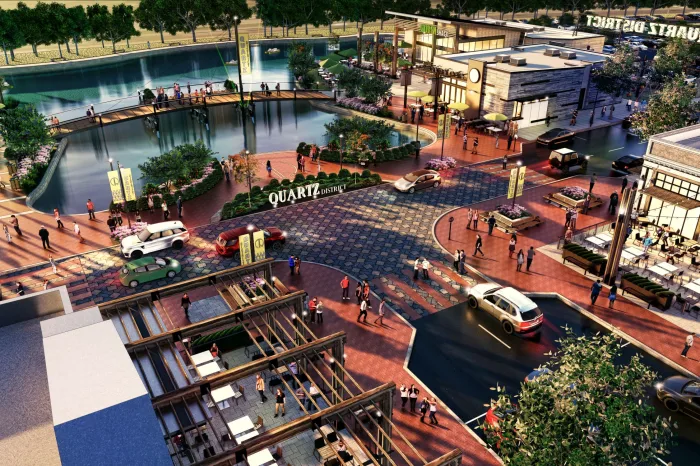 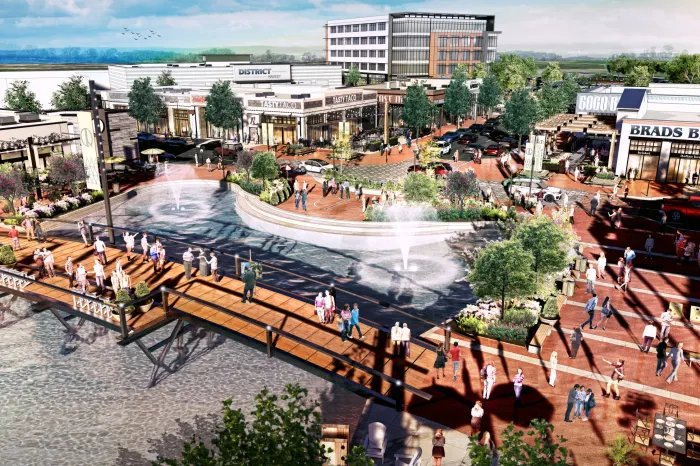 A new mixed-use development is looking to bring an urban center to one of Woodbridge’s busiest intersections.

On nearly 145 acres at the corner of Minnieville Road and Prince William Parkway, the Quartz District would include 1,000 residential units, 125,000 square feet of retail and 192,000 square feet of office space, according to developers at Buchanan Partners.

The commercial area is “envisioned as a walkable neighborhood center” that would distinguish it from nearby suburban shopping centers, the project’s website says.

The residential side of the development would be split between 780 townhomes and 225 apartments, according to plans submitted to the county.

The project would require rezoning three parcels from agriculture, office high-rise and suburban residential to planned mixed use. The project is in the process of collecting comments from Prince William County staff.

Developers are seeking public comments at their website, www.quartzdistrict.com.

Owners of a Shell service station at the corner of Dale Boulevard and Gideon Drive are seeking permits for an extreme makeover.

superb idea, adding another shopping center with another nail salon, hair salon, tobacco store and 20 plus vacant stores on either side, plus another 20 minutes to get through 1 intersection, buy hey its got a cool pond and fountains so all is good

Lmao @ all of the above comments. VERY TRUE... but nevertheless still funny

This is a HORRIBLE idea... which of the BOCSs is getting his/her pockets lined by these developments. It's obvious they don't live in this area or they would never consider this type of horror. The impact on traffic alone - rush hour, school buses, etc makes this utterly ridiculous.

The other day when it took me three traffic light cycles to make a left turn at the Prince William-Minnieville intersection I was thinking to myself, this area needs more development.

Everybody knows exactly how this is going to work because we’ve seen and heard this a million times before in the county. At the last minute they are going to say that due to current economic conditions they have to double the residential units and will have to put the retail portion on hold. After a decade or so of making the traffic a living hell in all four directions they’ll finally get around to building the retail portion which everyone knows is not going to look anything like what they showed us in the original plans that everyone agreed upon. Also isn’t it funny that this was announced only days after John Jenkins passed away since this is right in the middle of his district?

Regardless they’ll float a couple of checks to a few of the supervisors campaign funds and it’ll get passed with no problems whatsoever.

Great observation insidebugging. Maybe, just maybe, the BOCS will have the courage to NOT approve this plan.

Emily Blunt: Why I turned down Black Widow role

Janelle Monae in talks for Knives Out sequel

Pink: It's unfair how women in music are pitted against each other