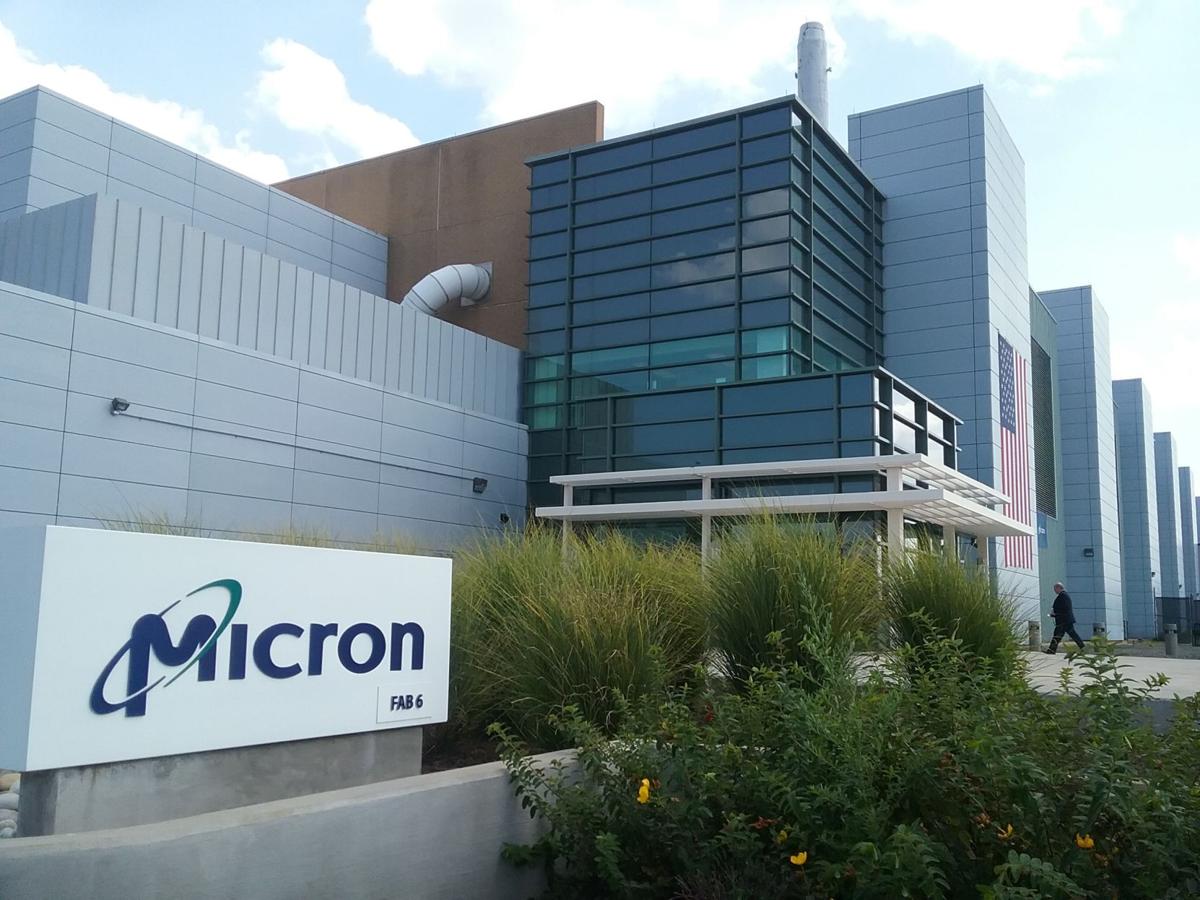 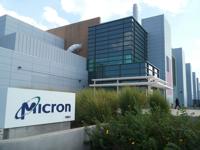 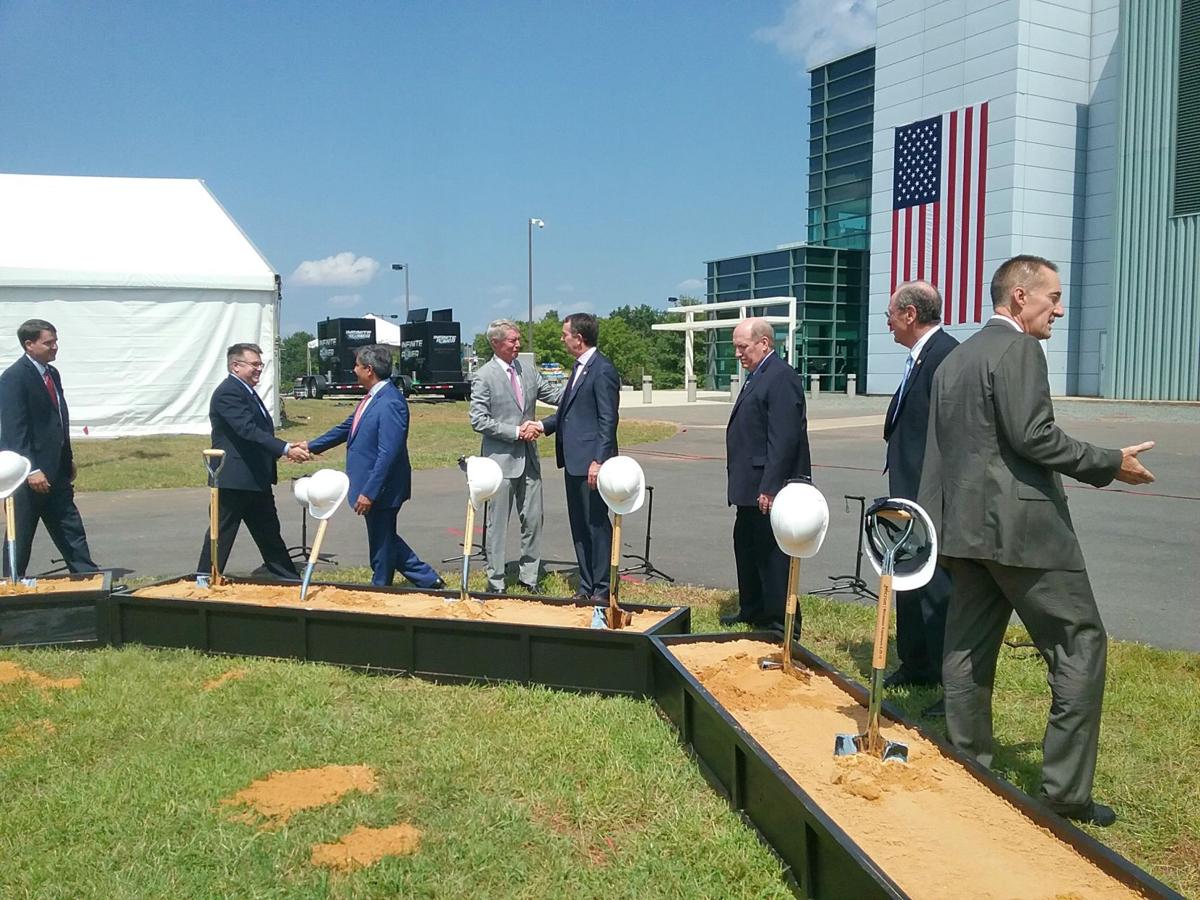 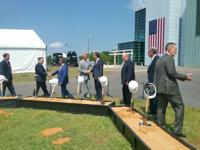 At center, Manassas Mayor Hal Parrish and Gov. Ralph Northam speak during the announcement by Micron Technology of a $3 billion expansion in the city and the creation of 1,100 jobs over the next 12 years.

At center, Manassas Mayor Hal Parrish and Gov. Ralph Northam speak during the announcement by Micron Technology of a $3 billion expansion in the city and the creation of 1,100 jobs over the next 12 years.

Micron Technology will invest $3 billion at its operation in Manassas, creating 1,100 new jobs by 2030. The company announced the move with state and local officials on Wednesday afternoon.

The expansion will position the Manassas site as Micron’s Center of Excellence for long-lifecycle memory and will cement the company’s position as one of Virginia’s largest exporters, according to a news release.

“Micron’s expansion in the City of Manassas represents one of the largest manufacturing investments in the history of Virginia and will position the Commonwealth as a leader in unmanned systems and Internet of Things,” Gov. Ralph Northam said.

Micron, which was founded 40 years ago, has built a strong base of expertise at the Manassas plant since 2002, said Sanjay Mehrotra, the company’s president and CEO. Currently 1,300 employees work at the location. The expansion of the initial clean room — or industrial-grade facility — is set to be completed by Fall 2019, meaning the company expects to see production increase in the first half of 2020, according to a Micron news release. As part of the expansion, Micron will establish a global research and development center in Manassas for memory and storage solutions primarily focused on the automotive, industrial and networking markets.

“So having that momentum already here [in Manassas] was an important factor in continuing to focus on our clean room expansion, as well as the deployment of new technologies that we will be transitioning to here in order to meet the needs of our customers,” Mehrotra said. “And of course, we’ve always gotten excellent support from the city of Manassas and the Commonwealth of Virginia. They really supported our discussions which had been going on for a long time very well in terms of the various incentive packages.”

“This is a transformational day for Micron, for the city of Manassas, for all of us in Virginia,” said Brian Ball, Virginia’s secretary of commerce and trade.

“Today memory and fast storage are essential in nearly every industry and application that you can imagine, from the smartphone in your pocket, to massive data centers to the smart speakers in connected devices in your home,” Mehrotra said. “And in fact, every facet of our lives, including transportation, healthcare and entertainment, are now employing advanced computing technologies because of the truly remarkable benefits they provide.”

For example, automobile manufacturers are increasingly using driver assistance features like collision avoidance, adaptive cruise control and other lane departure technologies, “because they make our roads safer,” Mehrotra said, adding the company estimates the market for automobile products will double in a four-year period.

“Making accurate, split-second decisions in a moving car requires input from dozens of sensors and interaction with ever-increasing capacities of highly reliable, high-performance memory and storage to ensure that the right decisions are made,” said Mehrotra.

Additionally, the company announced that the Micron Foundation, the company’s philanthropic organization, will commit $1 million toward growing the next generation of scientists, engineers and technicians at several Virginia universities and community colleges.

"Micron is grateful for the extensive engagement of state and local officials since early this year to help bring our Manassas expansion to fruition," said Mehrotra. "We are excited to increase our commitment to the community through the creation of new highly skilled jobs, expanded facilities and education initiatives.”

Virginia has some of the best research universities studying the latest in innovation to drive the economy, Northam said.

“Talent attracts talent,” Northam said. “The best research talent wants to be near other talent, and we want that to be right here in Virginia.”

Micron will be eligible for state employment grants of $70 million for site preparation and facility costs, subject to approval by the General Assembly. Additionally, the Manassas and its utility partners are providing a broader, comprehensive support package to enable the expansion, including substantial infrastructure upgrades and additional incentives, according to the release.

"The significant benefits that the company brings Manassas by virtue of their employment and investment help us make advances in public education, infrastructure development and in maintaining a stable tax rate for all of our citizens,” said Mayor Hal Parrish.

Micron Technologies is not only a global leader in advanced manufacturing, but they also have a proven record of commitment to our community, said Sen. Jeremy McPike, D-29th District.

“Micron’s outreach in our schools, through robotic programs, internships, and STEM education, is helping to prepare our kids for the jobs of the future," he said.

The Prince William Chamber of Commerce announced the nominees for the 2018 Business Awards on Wednesday.

Thanks for sharing this post. I am very interested in the topic. I would like to share my opinion on the topic. Gadget reviews! So the difficulty shouldn't be that know-how shouldn't be efficient however relatively that some lecturers must be aware about know-how use within the classroom and others must be skilled with a view to correctly use know-how to show in order that college students don't view know-how as obstruction studying however as an enhancing instrument.

Robbie Williams biopic Better Man to be filmed in Australia