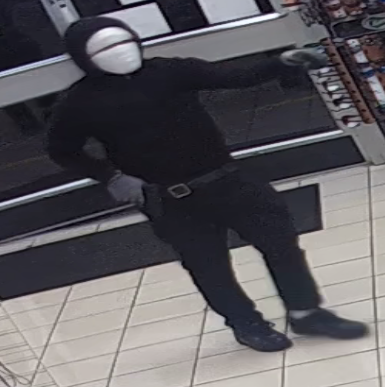 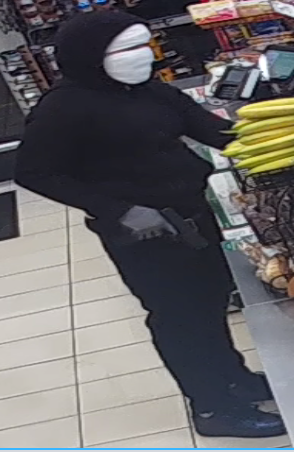 A robber wearing all black clothing and a white face mask robbed the 7-Eleven on Cloverdale Road in Dale City over the weekend.

At 5:43 a.m. Saturday, officers were called to the convenience store at 14820 Cloverdale Road, where an employee reported that a masked man entered the business and approached the counter. The robber brandished a firearm, demanded money and took an undisclosed amount of cash, said Prince William County police spokeswoman Renee Carr.

The culprit fled in a dark colored four-door sedan being driven by another suspect. No injuries were reported.

The robber was described as a light-skinned male, between 18-19 years old, about 5’9” to 6’0” and 150 pounds. He was last seen wearing all black clothing with a white face mask and grey/black gloves.

Selena Gomez listening to ex's song to help her through isolation

Robbie Williams' a cappella concert for Bono and George Michael