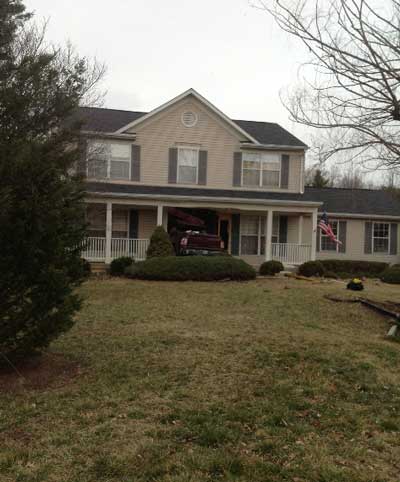 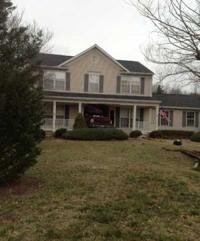 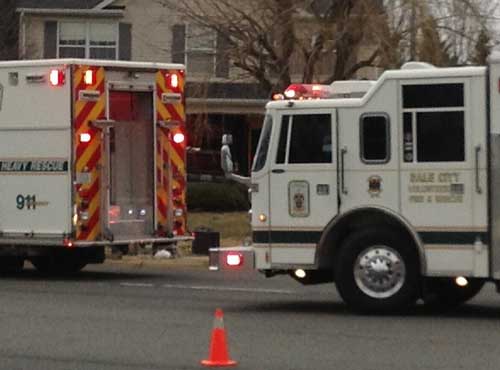 Four teenagers walked away from a group home early Tuesday morning, stole a pickup, fled from an attempted traffic stop and crashed through the front of a Woodbridge house, police said.

Molinari Juvenile Shelter staff called Prince William County police to the facililty at 8642 Wellington Road near Manassas around 12:30 a.m. and said four girls and one boy left the shelter.

The facility is described on Prince William County's website as providing "non-secure, residential alternative to secure detention" and "short-term, residential placement for youth charged with a status (non-delinquent) offense."

The teenagers then stole a 2000 Chevrolet Silverado from Reynolds Place in Manassas and went to Williamstown in the Dumfries area, Prince William County police spokesman Jonathan Perok said. One of the girls then left the group.

Around 7:40 a.m., police received calls about a truck, which matched the description of the stolen Silverado, driving recklessly in Dumfries, Perok said. Callers told officers the pickup hit a vehicle on Kilpatrick Place then left the area.

Perok said a Prince William County Sheriff's deputy using emergency equipment tried to stop the car around 8 a.m. on U.S. 1 near Cardinal Drive, but the driver would not pull over.

The pickup turned onto Cardinal Drive "and continued to Choate Court where the driver lost control and drove into a single family home," Perok said.

The four teenagers inside the pickup fled the scene, but they were taken into custody shortly after, according to Perok.

Police officers helped get the residents out of the home, and no one was injured. The Red Cross is helping the family displaced by the crash.

Perok said officers have found the fifth teen who left the Molinari shelter but who wasn't involved in the crash.

A 15-year-old boy who police said was driving the pickup at the time of the crash was charged with grand larceny, felony eluding, hit and run, and driving without a license.

A 14-year-old Woodbridge girl and a 15-year-old Manassas girl were both charged with grand larceny, conspiracy to commit to a felony, and felony eluding.

A 14-year-old Warrenton girl was charged with grand larceny, felony eluding, conspiracy to commit to a felony, and driving without a license.

Police said a 14-year-old Dumfries girl, who was not involved in the crash, was charged with grand larceny and driving without a license.

They are all being held at the Juvenile Detention Center and their next court dates are not available as of Tuesday afternoon.

This happened literally right across the street from me. I heard the crash and just assumed it was a car accident, but when I went downstairs, I saw the truck IN the house. The hole has been boarded up but the family has had to relocate. I hope juvie sorts out the kids who did it.

Welcome to today's America, where spoiled rotten teenage brats continue to get away with what they want. These little brats should be thrown in a scared-straight program. Let full-grown inmates have their way with them. Gone are the days where a simple whoopin' would have set someone straight. Nowadays, that "whoopin'" would get the adult in trouble. We truly are a nation in decline....

All I can do is agree with everything you said, things like this have been happening every since child protective services started going after people for disciplining their kids. Once they reclassified discipline as child abuse, the children have gotten away with murder because their parents are too afraid of crossing the line.

Hello. I'm one of the teens that was involved in this incident & I wish I would've read this years ago. But let me educate you. I'm am neither spoiled or rotten. My parents aren't in my life & I was abused by family when I was young. My family abandoned me & thats no excuse for what I did & I realize that now but that was my reasoning for acting out when I was this age. So no a whoopin wouldn't have worked & if I was a spoiled brat I wouldn't have done something like this. So please be mindful about what you say because YOU are ignorant to all of our life's ! Have a blessed life.

Another instance of poor judgment by PWC's Commonwealth's Attorney Office and judicial system. Call me crazy, but something tells me these kids weren't the ideal candidates for a "non-secure, residential alternative to secure detention" and "short-term, residential placement for youth charged with a status (non-delinquent) offense."

'My body simply just gave out': Teyana Taylor hospitalised for exhaustion before gig