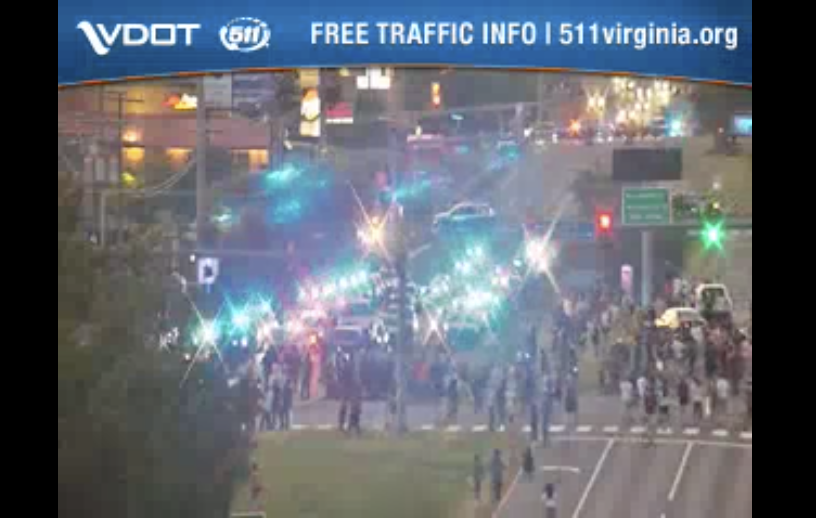 The intersection of Sudley Road and Sudley Manor Drive at 8:45 p.m. Saturday. 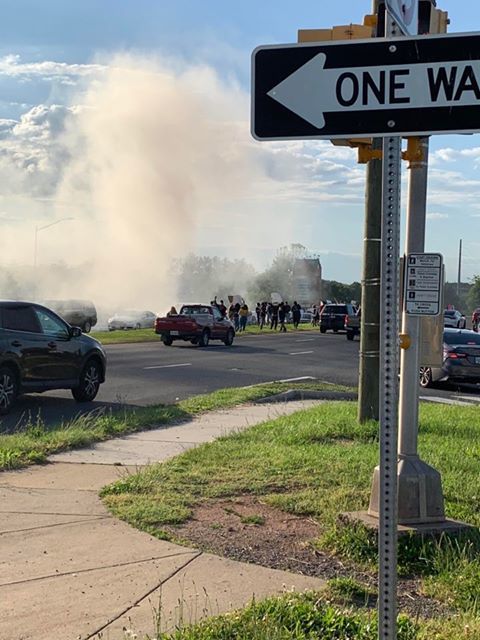 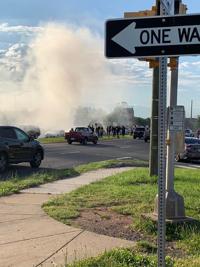 The intersection of Sudley Road and Sudley Manor Drive at 8:45 p.m. Saturday.

Prince William police have declared an unlawful assembly as a protest continues in the area of Sudley Road and Sudley Manor Drive in the Manassas area.

Police are asking people to avoid the area and anyone who lives nearby to shelter in place.

There have been reports of protestors throwing objects at vehicles and police officers.

At 10 p.m. the crowd has Sudley Road at Sudley Manor shut down in both directions.

In a live Facebook video from the scene just after dark, officers are seen spraying pepper spray into the crowd.

A few miles from where I live, clearly these protests are no longer limited to cities but seeing violent protests in the suburbs shows how deeply rooted the anger and betray truly is this time around! #BlackLivesMatter #Manassas #BLM https://t.co/AFc5M0MMYe

The lefts plan to destroy the suburbs like they did the big cities is working.

When objects are thrown and violent actions employed the message is lost, and it is rightfully relabeled as a RIOT!

These are terrorists, not protestors.

As far as the suburbs goes, it will be interesting to see how the armchair intellectuals and suburban "liberals" react when violence arrives at their doorstep. As has been promised.

Elect f’ing morons at various levels of government, set the conditions for only the rich to truly prosper, continue to allow/promote racism and class warfare, throw in a failed response to a pandemic and the accompanying depression-like economy, and here we are. Welcome to the most exceptional nation on earth.

The more the residents support progressives, the more of this you'll get.

State delegate from manassas lee carter was among those who participated in this destruction.also people were hurt. Nice job manassas for electing this fool.

PWCresident1, this kind of Marxist talk makes no sense when anyone can make themselves upwardly mobile if they look for the opportunities and work hard for it. Many of us have. There are always going to be a few rotten eggs in any basket, but just try protesting or rioting like this in many nations and you’d never see the light of day, again. I saw a man protesting in DC yesterday, carrying a sign that said, “Viva la Revolucion, Havana, Cuba.” You think they’re a country to be emulated? The fact that we can express ourselves and want to work to improve speaks volumes. We’ll never be perfect but we are the most exceptional nation on earth.

Screw all you rightwing fknuts who are trying to blame this on liberals and democrats. just too chickensht to admit conservatives are in the crowd as well. just like true idots, trying to politicize everything and blame the left. [censored]

[thumbdown]to Manassas "Community Leader" Allen Muchnick who is going around the VA Beltway's news blogs trashing anyone who doesn't go along with the in-fill gentrification program.

Jodie Whittaker: The pandemic has 'skyrocketed' my paranoia