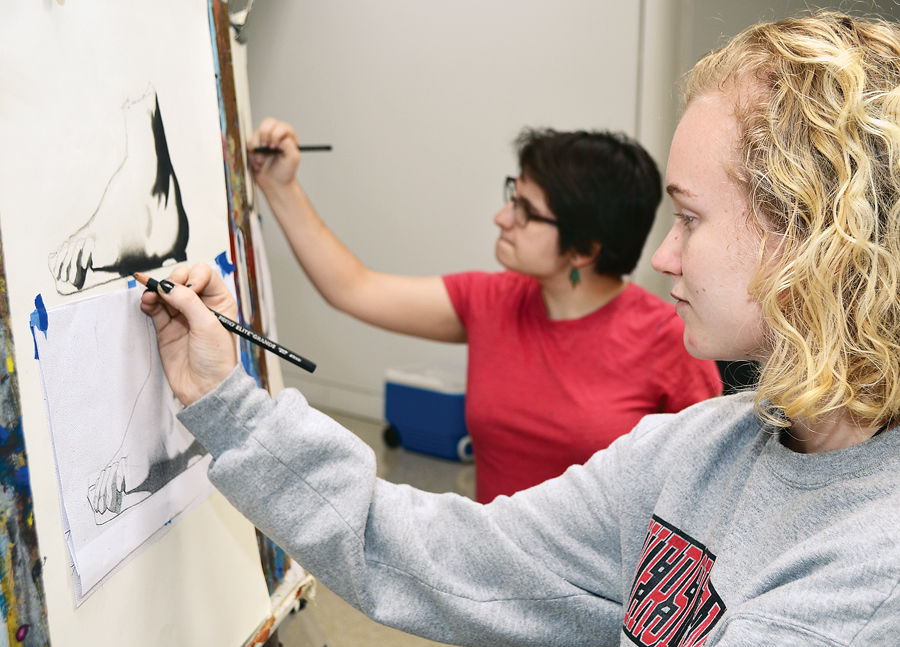 Leah Peterson, 16, of Tysons (foreground) and Ani Kalousdian, 16, of Vienna practice drawing copies of a human foot Aug. 11 during a summer class in the McLean Project for the Arts' Emerson Gallery. (Photo by Brian Trompeter) 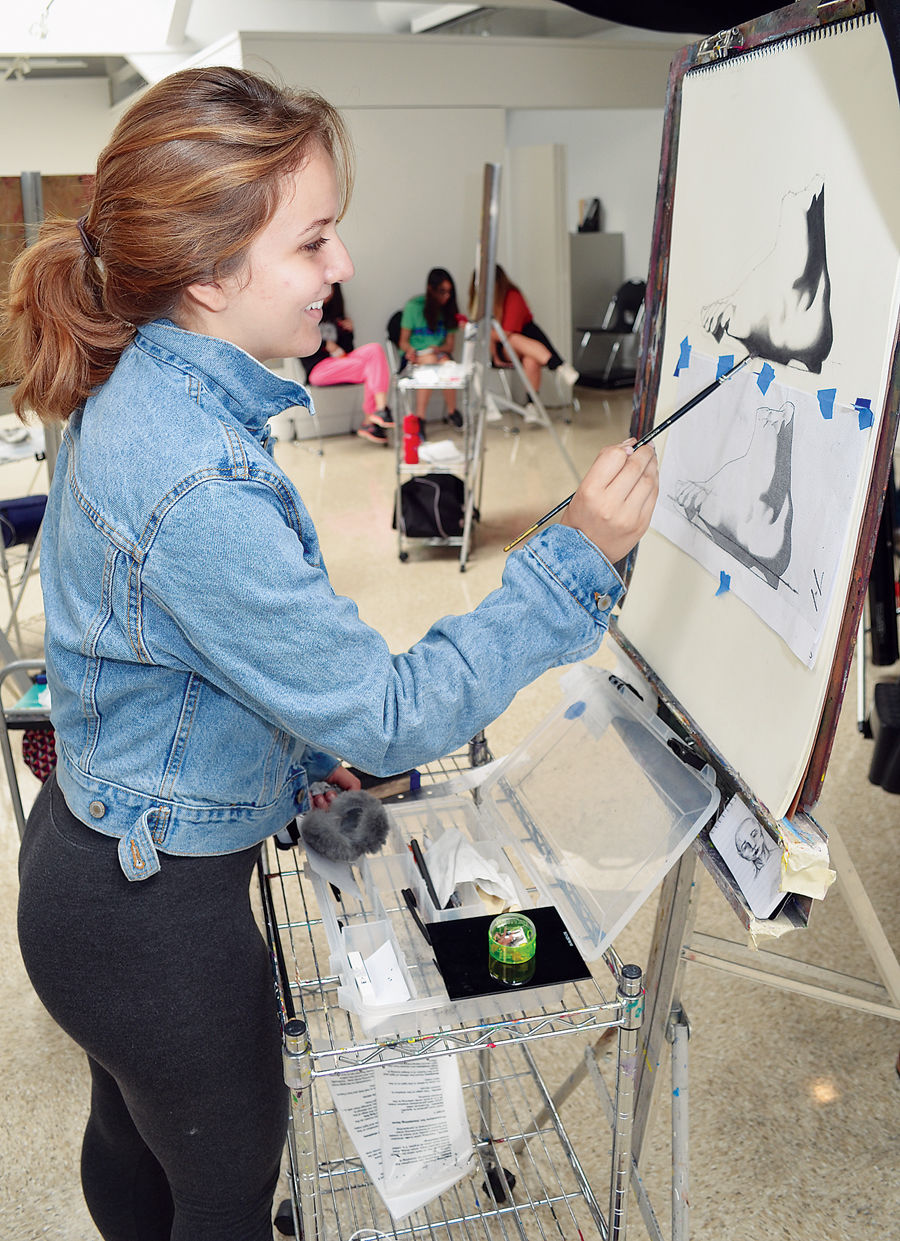 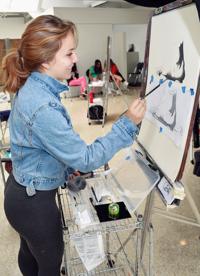 María Luján, 16, who attends Washington-Lee High School in Arlington, hones her drawing skills Aug. 11 during a summer class in the McLean Project for the Arts' Emerson Gallery. (Photo by Brian Trompeter)

Leah Peterson, 16, of Tysons (foreground) and Ani Kalousdian, 16, of Vienna practice drawing copies of a human foot Aug. 11 during a summer class in the McLean Project for the Arts' Emerson Gallery. (Photo by Brian Trompeter)

María Luján, 16, who attends Washington-Lee High School in Arlington, hones her drawing skills Aug. 11 during a summer class in the McLean Project for the Arts' Emerson Gallery. (Photo by Brian Trompeter)

McLean Project for the Arts’ Emerson Gallery usually hosts finished artworks, but with no exhibits scheduled for August, the space became a venue for art creation.

A model sat on a tall chair surrounded by a semicircle of easels where budding young artists learned the fundamentals of their craft.

The teenagers practiced blocking in human heads by drawing egg-shaped vertical ovals bisected by a curving line that ran between the subject’s eyes, down the nose and through the mouth.

Artist Kerry Vosler of Tampa, Fla., put the students through their paces.

“We’re exercising them, getting them to see the head in space,” she said. “You can’t put all the detail in before you do the whole head.”

The weeklong class, held Aug. 8 through 12, catered to 11 students ages 13 to 18. All the participants were girls; a couple of boys signed up, but dropped out because of sickness or scheduling difficulties.

Sessions ran from 9:15 a.m. to 4:15 p.m., with an hour in the middle for lunch and a presentation by a visiting artist, either in person or via Skype. On the last day of class, students would make drawings of a live model and receive certificates from Vosler.

Students initially copied drawings of body parts, including feet, from a book by Charles Bargue and Jean-Leon Gérôme.

“It jump-starts their knowledge and hones their observational skills before working with a live model,” Vosler said of the exercises.  “This can all be learned and taught to people of any age – the younger the better.”

Pupils from her workshops in Florida who returned the following year retained much of their earlier knowledge, she said.

“Like writing things down, you tend to remember it,” Vosler said. “It creates muscle memory. Your hand automatically knows where to go.”

When drawing human heads, students drew the basic shape, looked for the central axis running down the middle of the face and blocked in Leonardo da Vinci’s “thirds,” horizontal hash marks denoting spaces between the bottoms of the chin and nose, the bottom of the nose and the eyebrow ridge, and that ridge to the hairline.

“They’ll look at a skull’s bone structure and primary features and layer in lots of content,” Vosler said. “We’re trying to keep them very disciplined and have them find the most vital information at this point.”

Schools often have feeder programs for sports, music and dance, but not for skills-based drawing, she said.

“Once they learn the fundamentals, they can become fabric designers, sculptors, graphic designers or whatever they want,” Vosler said.

“I’m learning a lot about the different techniques master artists use,” she said.

Maria Lujan, a 16-year-old Arlington resident who attends Washington-Lee High School, drew as a child but never took an art class outside of school.

“I want to learn how to draw people better,” she said. “Drawing is like an emotion. You can’t put it into words.”

MPA often holds art classes in the Susan B. DuVal Art Studio downstairs at the McLean Community Center, but the group’s leaders decided to branch out this summer with a drawing course in their main exhibition space.

“It brings a lot of life into the gallery,” she said. “We haven’t done anything like this up here.”