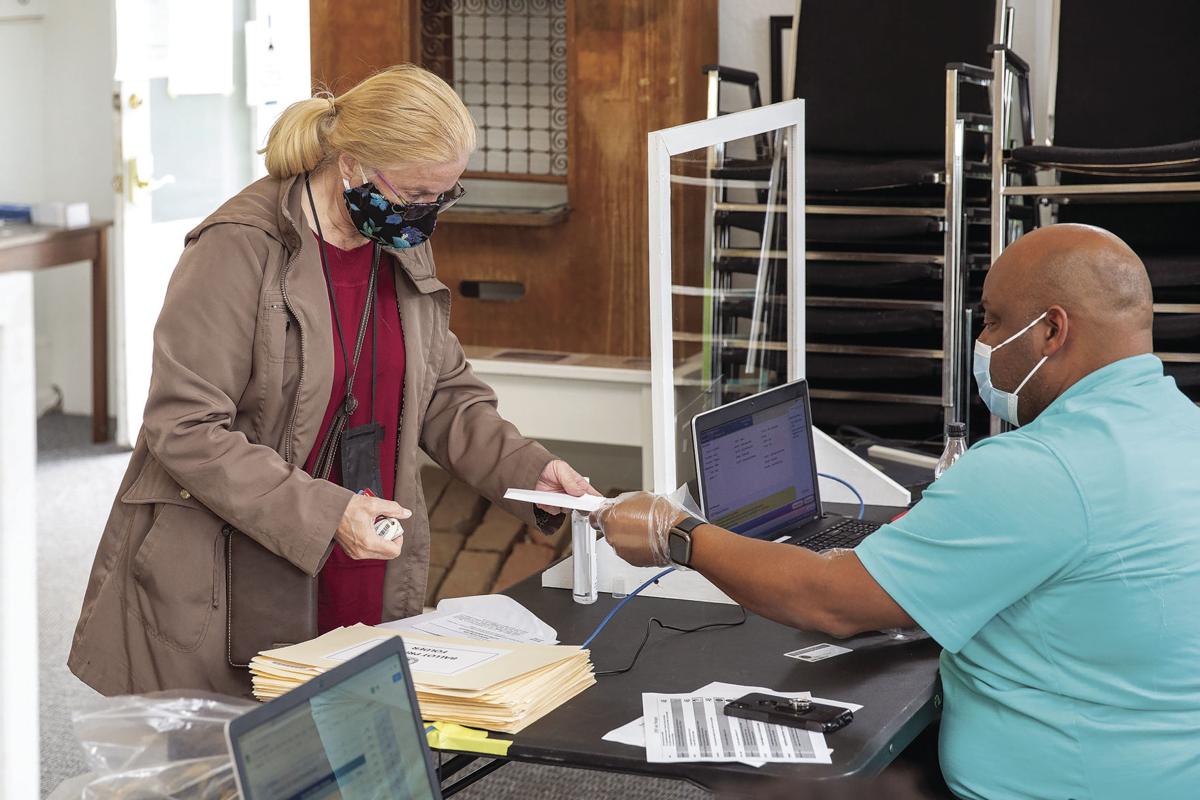 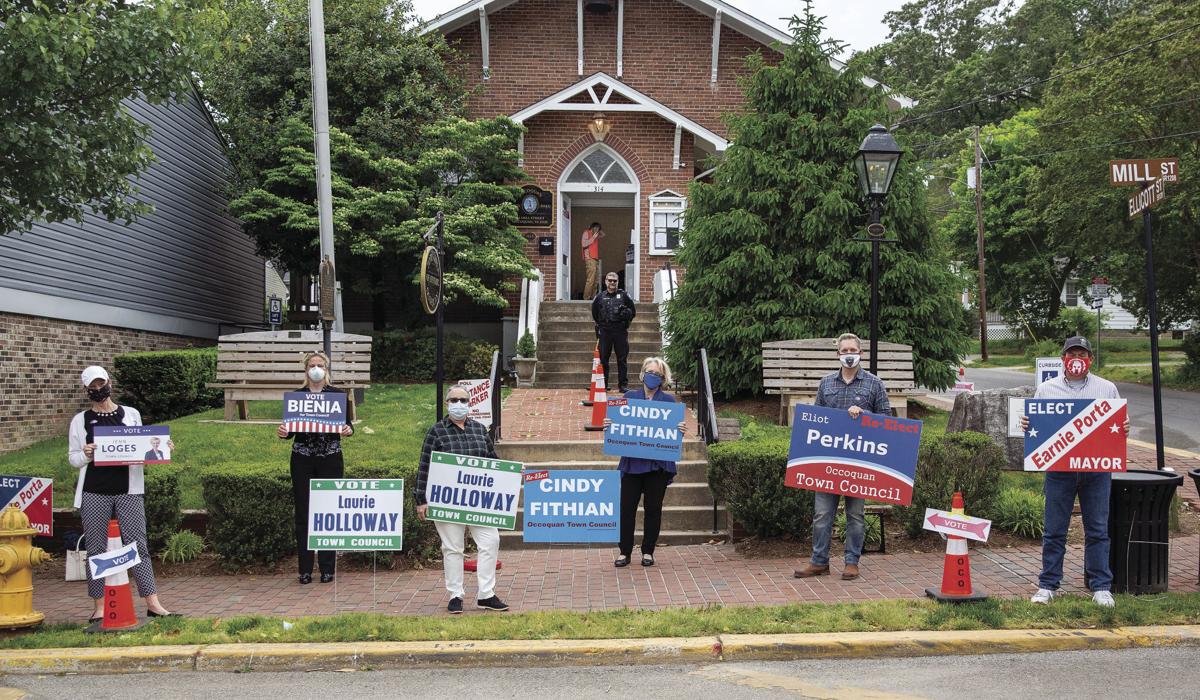 Members of Occoquan Town Council stop for photos outside of Town Hall on election night, Tuesday. No opposition meant all sitting members will remain on the council.

Haymarket Mayor David Leake appears to have lost his re-election bid in Tuesday's town elections, according to unofficial results.

Leake received 161 votes to Kenneth Luersen's 205 votes, according to the Prince William County Office of Elections. All results are unofficial until certified.

Kerry Devine and Matthew Kelly were the top candidates in a three-way race for city council. There were two candidates for two seats on the school board: Jannan Holmes and Jarvis Bailey.

In Occoquan, Mayor Earnie Porta ran unopposed, and there was five candidates on the ballot for five council seats: incumbents Eliot Perkins, Cindy Fithian and Laurie Holloway, as well as Jenn Loges and Krystyna Bienia.

In Vienna, Linda Jane Colbert won a three-way race for mayor, with 1,545 votes. Pasha Majdi had 1,172 votes and Howard Springsteen had 869 votes.