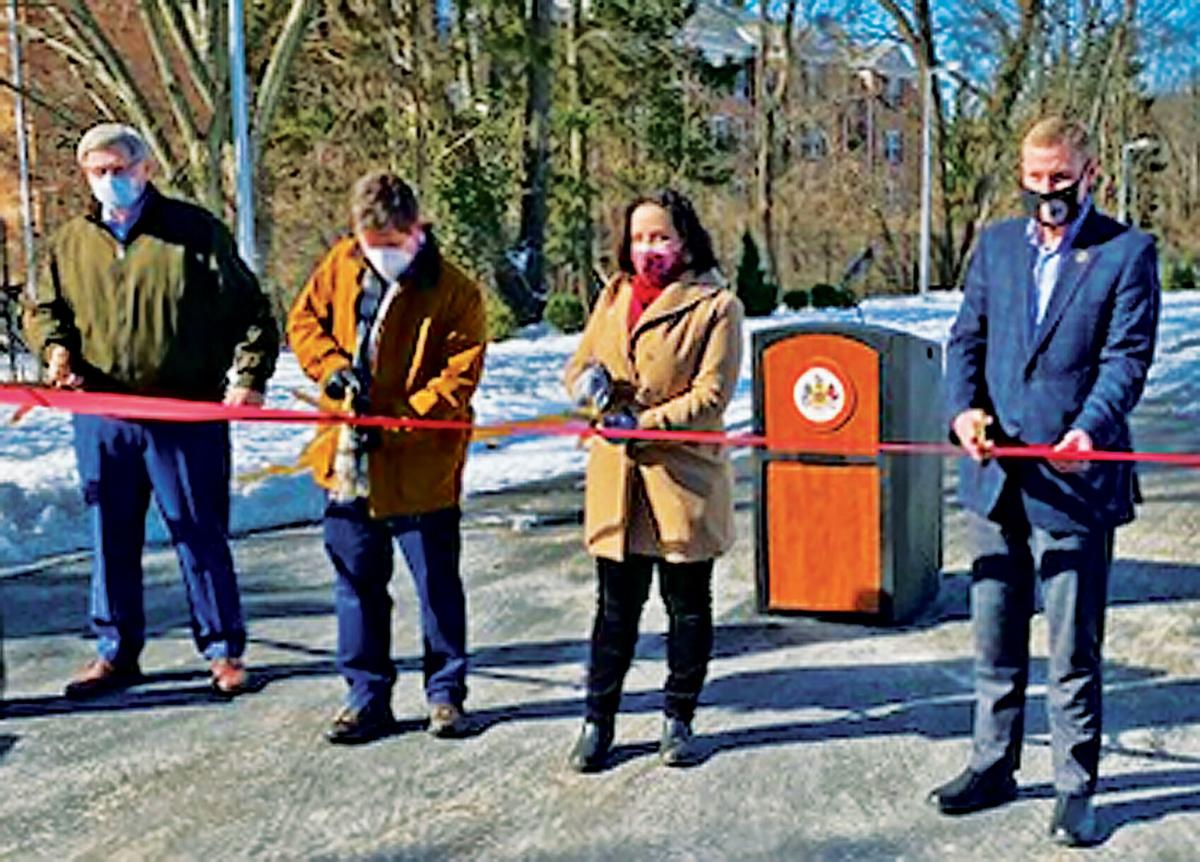 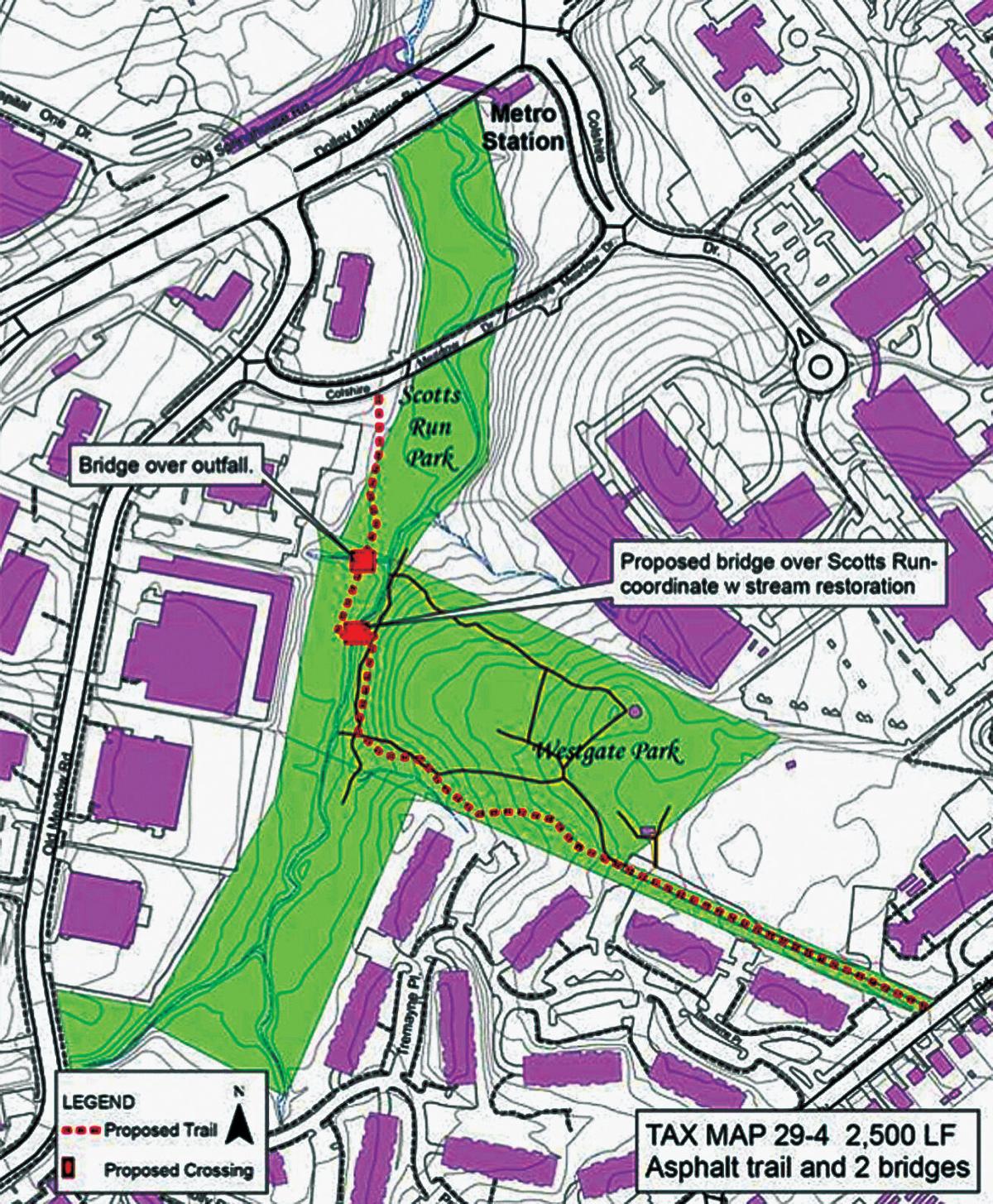 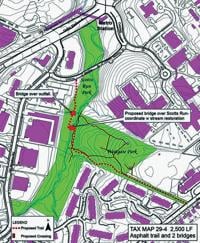 The newly dedicated Scotts Run Trail runs nearly a half-mile between Colshire Meadow and Magarity roads in the McLean area. 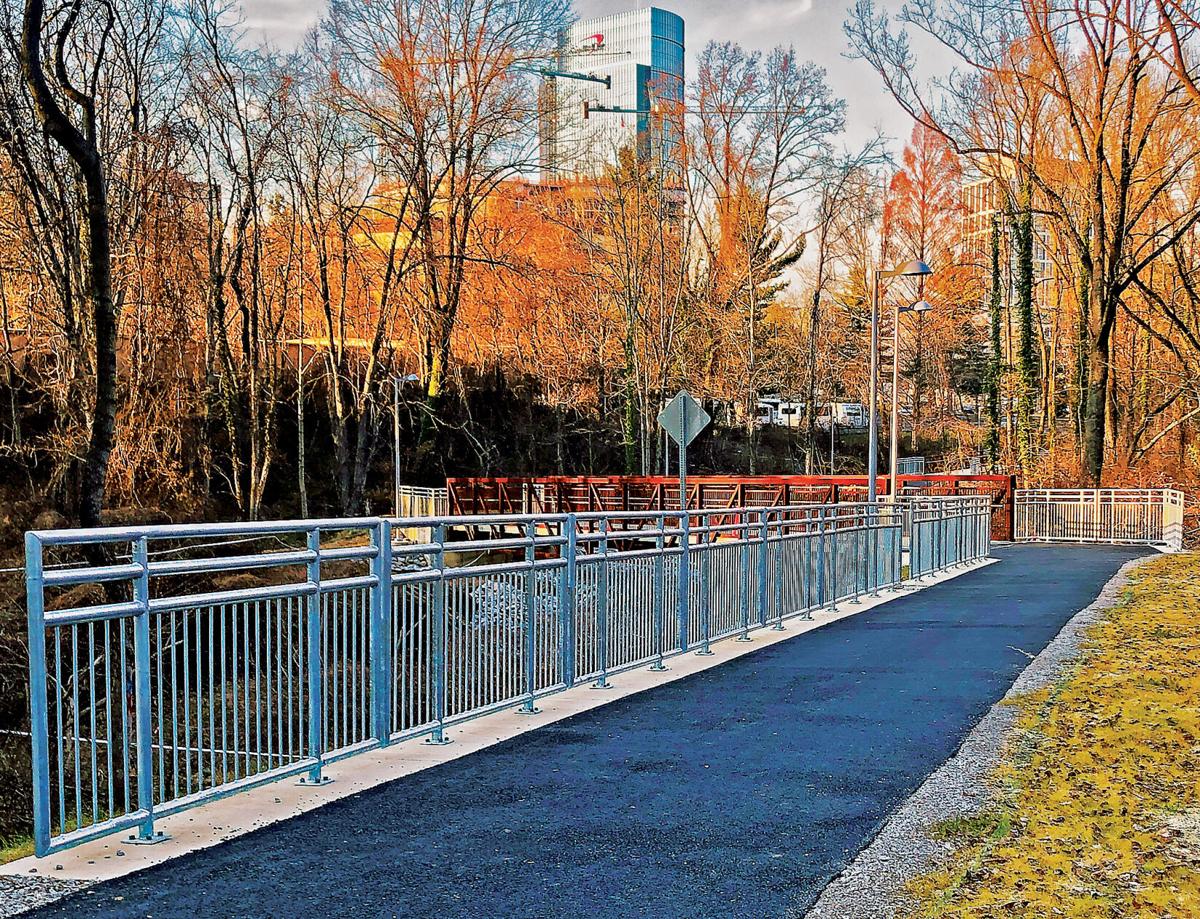 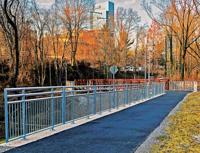 This photo shows the north section of the new Scotts Run Trail, which Fairfax County officials dedicated on Feb. 4, 2020.

The newly dedicated Scotts Run Trail runs nearly a half-mile between Colshire Meadow and Magarity roads in the McLean area.

This photo shows the north section of the new Scotts Run Trail, which Fairfax County officials dedicated on Feb. 4, 2020.

Fairfax County leaders on Feb. 4 cut the ribbon for the new Scotts Run Trail, which with serpentine curves connects the Pimmit Hills neighborhood with the McLean Metro station on the eastern edge of Tysons.

The 2,500-foot-long asphalt trail runs between Chain Bridge and Magarity roads and traverses Westgate and Scotts Run Stream Valley parks. It has a curvy design intended to discourage use by bicyclists, officials said.

“You all did an amazing job,” Supervisor John Foust (D-Dranesville) told the project team. “You should be very, very proud of what you have accomplished.”

The trail, which complies with the Americans with Disabilities Act, is 8 feet wide in most places, but 10 feet wide in its curved sections. It has lighting, signage, handrails and a pair of 12-foot-wide, steel-frame bridges – one 90 feet long, the other 50 – that respectively cross Scotts Run and one of its tributaries.

“More than ever . . . getting outdoors is critical and we know that the community is asking for more safe trails, more safe places to walk and bike,” she said.

The project is another part of the county’s “amazing plan” for trails in Tysons and enhances the community and improves its quality of life, Foust said.

“I look across the street and see Pimmit Hills and know that there are thousands of residents who will take advantage of this trail to get to the Metro and to get into Tysons, and that is so wonderful.”

The Mid-Atlantic Chapter of the Public Works Association has selected the initiative as its Project of the Year in the category of transportation projects costing less than $5 million, Foust said. He also thanked community members Merrily Pierce and Jenifer Joy Madden for their efforts on the project.

Board of Supervisors Chairman Jeff McKay (D) said people often do not realize how hard it is to bring seemingly small projects to fruition.

Infrastructure is a major contributor to people’s quality of life, McKay said. The environmentally sensitive project has amenities will benefit residents and help Tysons become a sustainable, quality community, he said.

“This has really been a team effort to make sure this critical pedestrian connection happened,” McKay said. “Know that we have a lot more to do in Tysons Corner, but milestones like this are important to stop and celebrate as we transform Tysons.”

The county has made many trail-system upgrades during the last decade including the Vesper Trail on the opposite side of Tysons, added Supervisor Walter Alcorn (D-Hunter Mill).

“These are all integrated in a way that you can actually get to transit,” Alcorn said. “During a pandemic, they’re really the lifeline for so many of us to get outside, to get exercise and to do so safely.”

The ‘Shameless’ Series Finale: What Worked and What Flat-Out Didn’t