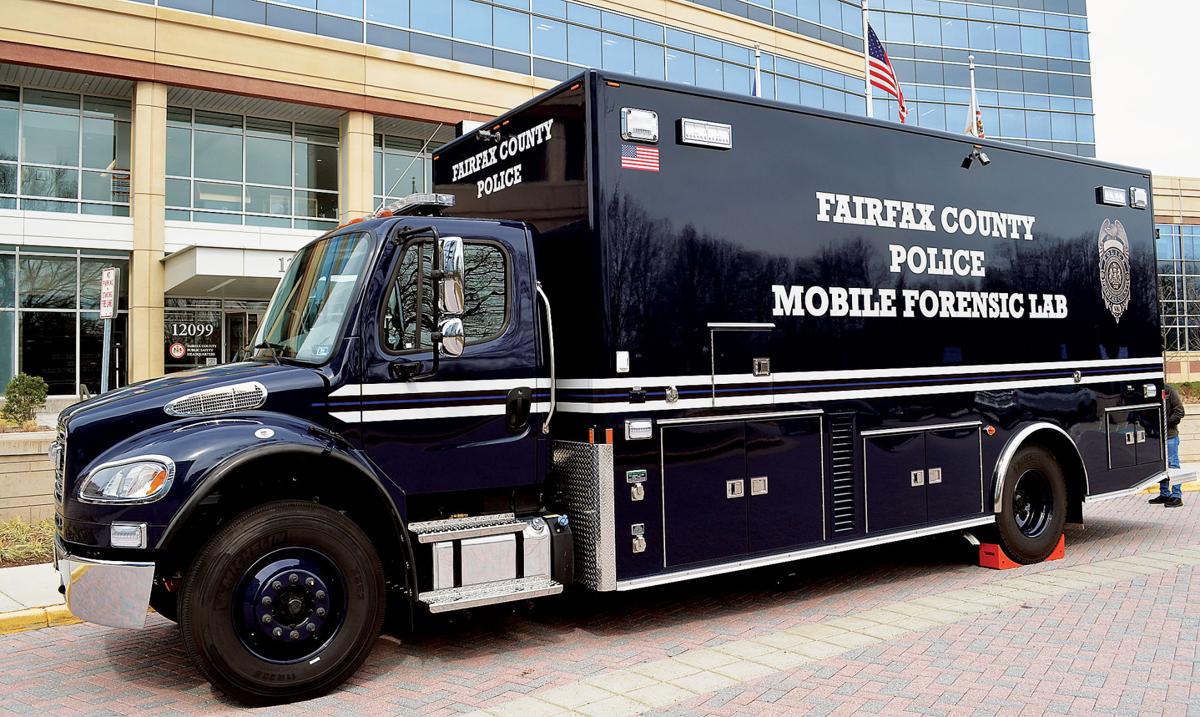 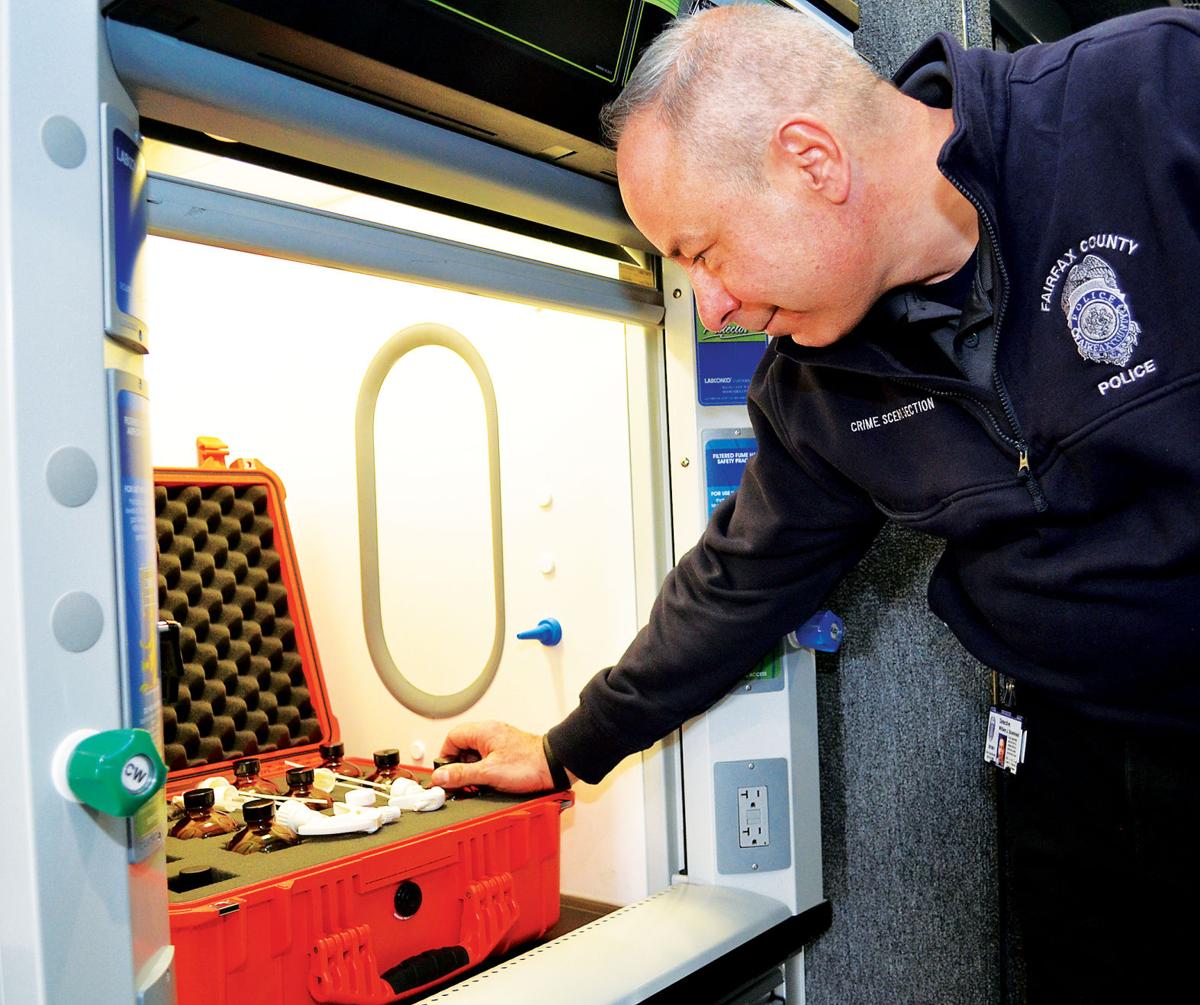 Fairfax County police no longer must transport evidence back to a laboratory before starting to investigate serious crimes.

By sending mobile forensic resources directly to crime scenes, police can start their investigations rapidly, bring criminals to justice and remove those not responsible from suspicion, said Fairfax County Police Chief Edwin Roessler Jr. The mobile lab “provides greater relief in a more timely fashion for those that we are seeking justice for, especially the victims of crimes,” he said.

When serious crimes occur, the opportunity to examine evidence fresh at the scene cannot be recreated, said Maj. Christian Quinn, commander of the department’s Cyber and Forensics Bureau.

With the mobile lab, “our investigators can start collecting evidence so they’re not handling it as much and the evidence does not degrade,” he said. “We have collected firearms, cartridge casings, bullets, blood evidence, clothing, electronics and other weapons.”

The department’s crime-scene detectives designed the dark-blue Freightliner truck’s features in a project that took two years to be realized.

The vehicle has a self-contained generator and a retractable 18-foot awning to shield officers as they work out in the elements. Surveillance cameras on all sides of the vehicle allow personnel inside to see who is approaching.

Stabilizer jacks allow the truck to rest level on uneven surfaces and spirit levels on all four corners of the vehicle let operators confirm that the truck is positioned properly.

“Forensic processes require some degree of precision, so we don’t want to be working on the side of a curb at an angle,” Quinn said.

The approximately 39-foot-long vehicle has storage space for protective suits, an eye-washing station and decontamination shower where officers can cleanse themselves of harsh chemicals. A pair of 150-foot cord reels feed power to two light stands that let police light crime scenes.

“That way we can work through the night if we have to,” said Sgt. Brad Woehrlen.

Obtaining fingerprints from non-porous objects is one of the truck’s central functions. A downdraft station sucks away dusting powder into a filtration system to keep it from settling around the vehicle’s interior.

The truck’s chemical hood has an orange case inside storing various chemicals that investigators use to make fingerprints fluoresce under different light sources. Directly opposite this device is a chamber wherein police heat superglue and use that vapor to search for prints. The lab’s humidifying chamber also can bring out fingerprints on paper.

Up toward the vehicle’s front is a room with a sliding door that may be darkened to allow investigators to scan objects for fingerprints using a green “coherent” laser, the light wavelengths of which are in phase in space and time. Another imaging system can detect prints using the full spectrum of visible light, plus infrared and ultraviolet.

“This has been a game-changer as far as finding fingerprints, for sure,” said Detective William Szuminski.

Much of the vehicle is used as an advanced photo lab, with software to enhance images. County police store digital evidence on a secured server accessible only to detectives and latent-fingerprint examiners working on the case in question, Szuminski said.

“It so new, we still have a lot to learn with it,” he said of the mobile lab. “It’s just going to take some time to really use it to its fullest capacity.”

County police have deployed the vehicle to four homicide scenes so far, the first of which involved a murder in Springfield on Thanksgiving Day last year. Three of those homicides occurred outdoors, officials said.

“We have to maintain a secure chain of custody,” Quinn said. “The advantage [the mobile lab] affords us is that we are able to essentially preserve and stabilize fragile evidence quicker. It gives us neither an advantage nor disadvantage in terms of legality . . . Eventually, things all go back to the lab or the Division of Forensic Science or the property room, as they normally would.”

Police financed the mobile lab by not replacing another vehicle used by the department’s dive team and spending another $160,000 to outfit the truck with forensic gear.

“We shipped all the forensic equipment directly to the truck manufacturer,” Quinn said. “We didn’t add stuff to the truck. We built it from the ground up to be a forensic lab.”

County police are amortizing future costs in order to replicate the program in 10 years, Quinn said.

The department long has had an interest in forensic investigations, Chief Roessler said. Former Police Chief William Durrer in 1957 worked with the then-superintendent of the Virginia State Police to form the Northern Virginia Crime Lab. Durrer returned from his retirement in Florida in 2011 to witness the county’s dedication of the Col. William L. Durrer Police Forensic Facility at the McConnell Public Safety and Transportation Operations Center in Fairfax.

“We are just coming into the era of fully utilizing forensic capabilities,” Roessler said. “This mobile forensic lab is part of Chief Durrer’s vision from 1957.”

Justin Long thinks he has coronavirus