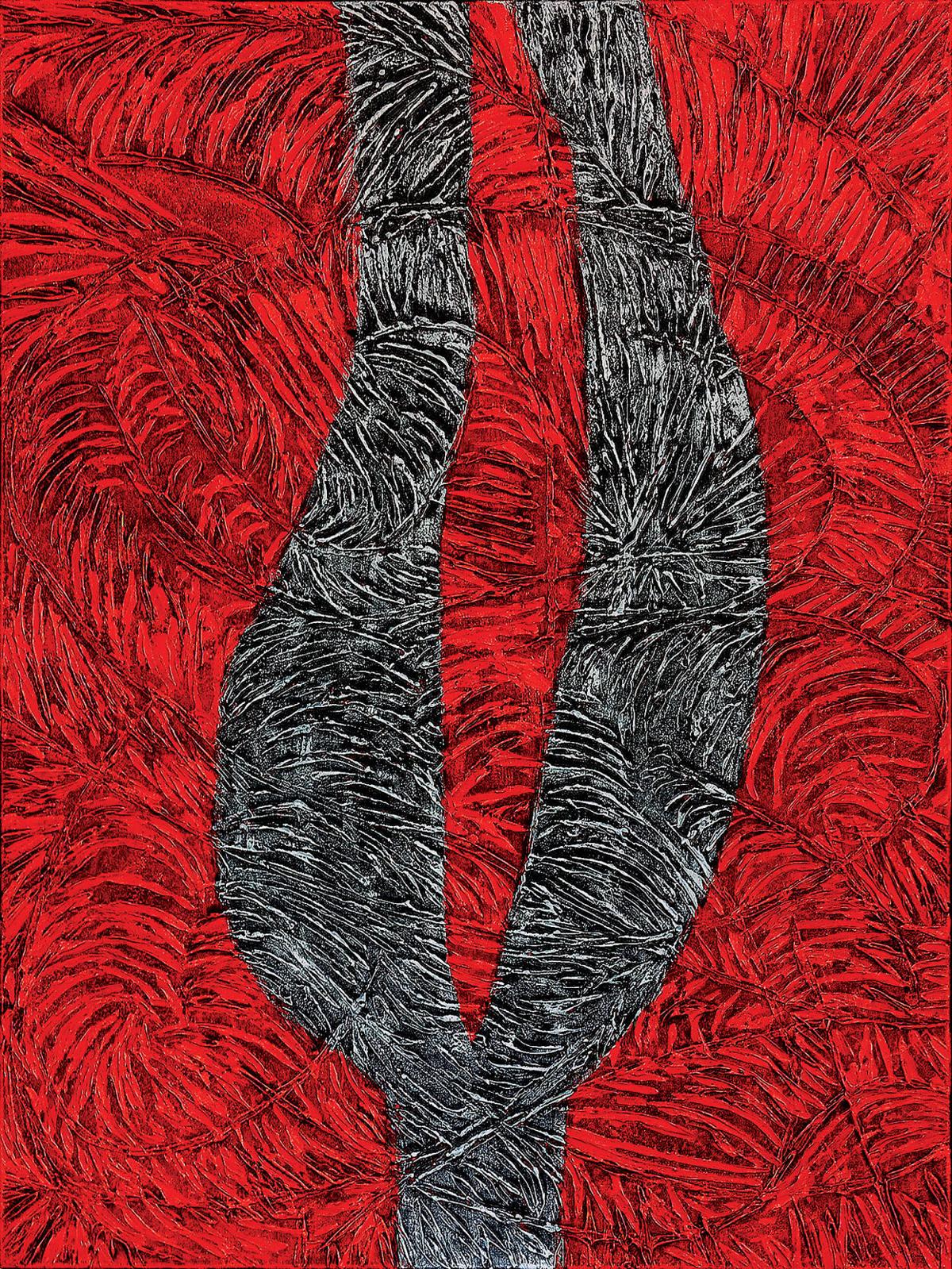 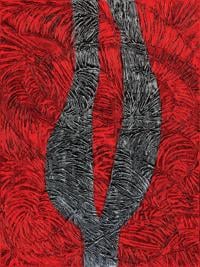 "Gods' Man" is among the works in one of the McLean Project for the Arts' latest exhibits, "Vertical Interval: New Works by Joseph Cortina." 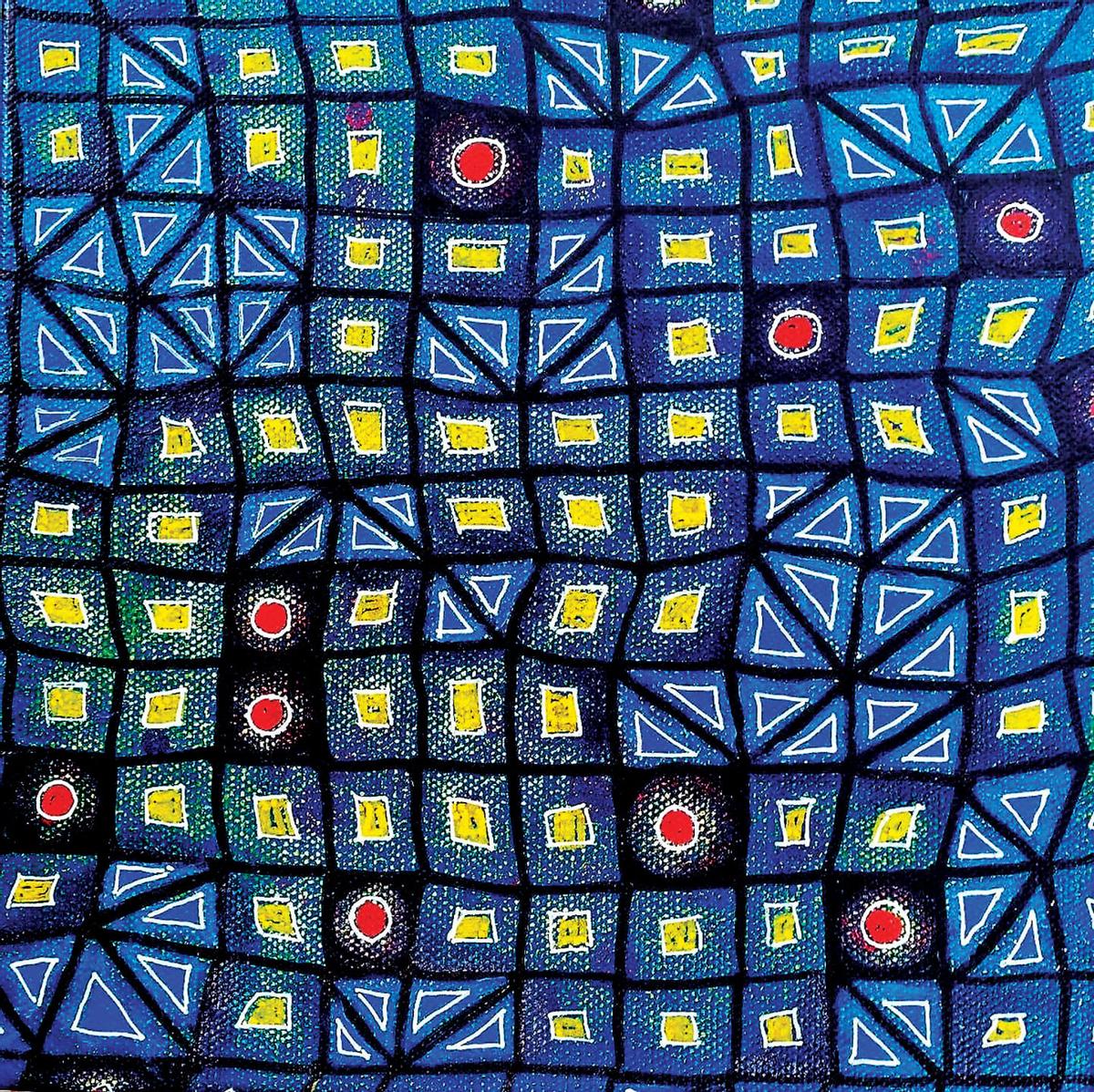 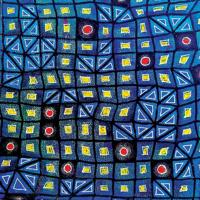 "Multiverse-Random" is one of the works from "Beginningless Endless: Works by Shanthi Chandrasekar," now on display at the McLean Project for the Arts.

"Gods' Man" is among the works in one of the McLean Project for the Arts' latest exhibits, "Vertical Interval: New Works by Joseph Cortina."

"Multiverse-Random" is one of the works from "Beginningless Endless: Works by Shanthi Chandrasekar," now on display at the McLean Project for the Arts.

“Vertical Interval: New Works by Joseph Cortina” features mostly large-scale abstract paintings with heavy palette-knife texturing, while “Beginningless Endless: Works by Shanthi Chandrasekar” consists of smaller works with designs so intricate they could be patterns viewed under a microscope.

Despite the artists’ different styles and final results, the two shows – which will be on display through Feb. 20 – have common elements in how they depict space and atmosphere, said Nancy Sausser, MPA exhibitions director.

“I, as the curator, generally try to pair two exhibitions that have something to say to each other,” she said in introductory remarks to her video interviews with the artists. “It’s not always obvious. It’s sometimes better when you can feel it.”

Both artists have been drawing since they were children. Chandrasekar grew up in a research community in India and studied psychology and physics in college. She often drew during classes for the latter to help her understand difficult concepts.

Her show’s title, “Beginningless Endless,” stems from the fact she considers herself to be on a spectrum.

“There is no beginning, there is no end,” she told Sausser in a Web interview. “There’s something in between, oscillating.”

Chandrasekar is a prolific artist who often works on many subject series at once. Her mission is “searching for infinity,” she said.

“If there’s a concept that interests me, the way I learn something is by immersing myself into it,” she said. “It is through art that I’m able to understand.”

One of the video works, “I’ll Call You in the Future,” uses a pair of transparent LCD monitors that flash animated sketches around a mannequin head and an Indian musical instrument called a sitar.

His MPA exhibit’s title, “Vertical Interval,” refers to the space between the horizontal scan lines on a television screen, into which time code, languages and captioning may be inserted.

Much of Cortina’s creative work is captured at 24, 30 or 60 frames per second, so the abstract paintings on display are his way to grab, stop and hold time, he said.

Most of the works feature acrylic paint added atop a thickly textured medium on canvas, into which Cortina has carved designs using a palette knife.

Many of the paintings began as black-and-white sketches, with the artist working loosely and unconsciously,  and then he built up layers of color to give the paintings emotional oomph.

“It’s the motion in those shapes that I keep being drawn to,” he said. “Nothing’s more luscious than a great curve.”

Cortina earned a degree in painting and printing from Virginia Commonwealth University, but to earn a living found a part-time job as a film editor at a Richmond television station.

While continuing to produce art, he spent the first 20 years of his career as a television director for “NBC Nightly News,” “The Today Show,” “Meet the Press” and the 1992 Olympics in Barcelona. Programs on which he has worked have garnered five national Emmys, he said.

Cortina later started a company that produces interactive experiences, films, apps and other media for museum exhibits. Among the firm’s clients has been the Smithsonian’s National Museum for African American History and Culture in Washington, D.C. Cortina also helped design the broadcast studios at the first Newseum, which was based in Rosslyn.

Chandrasekar’s exhibit in the Atrium Gallery may be viewed anytime the McLean Community Center is open. Because of the pandemic, the public can view Cortina’s artworks in person in the Emerson Gallery only if they arrange for timed visits with MPA by e-mailing info@mpaart.org. The Emerson Gallery will be open for up to six visitors on Thursdays from 11 a.m. to 2 p.m. and Saturdays from 10 a.m. to 3 p.m.

During the pandemic, MPA has seen double the number of exhibit applications and a five-fold hike in its art-outreach efforts, said executive director Lori Carbonneau in video comments included with the artists’ interviews.

“MPA is a microcosm of what’s happening in the arts right now,” she said. “It’s actually been quite a year for MPA . . . It’s really a treat to be contributing to the creative economy.”

For more information about the shows, visit mpaart.org/exhibitions/current-exhibitions/cortina-chandrasekar. To view Sausser’s interviews with the artists, visit https://vimeo.com/489515437.

Monday TV Ratings: ‘The Voice’ Premiere Wins the Night Opposite ‘The Bachelor’