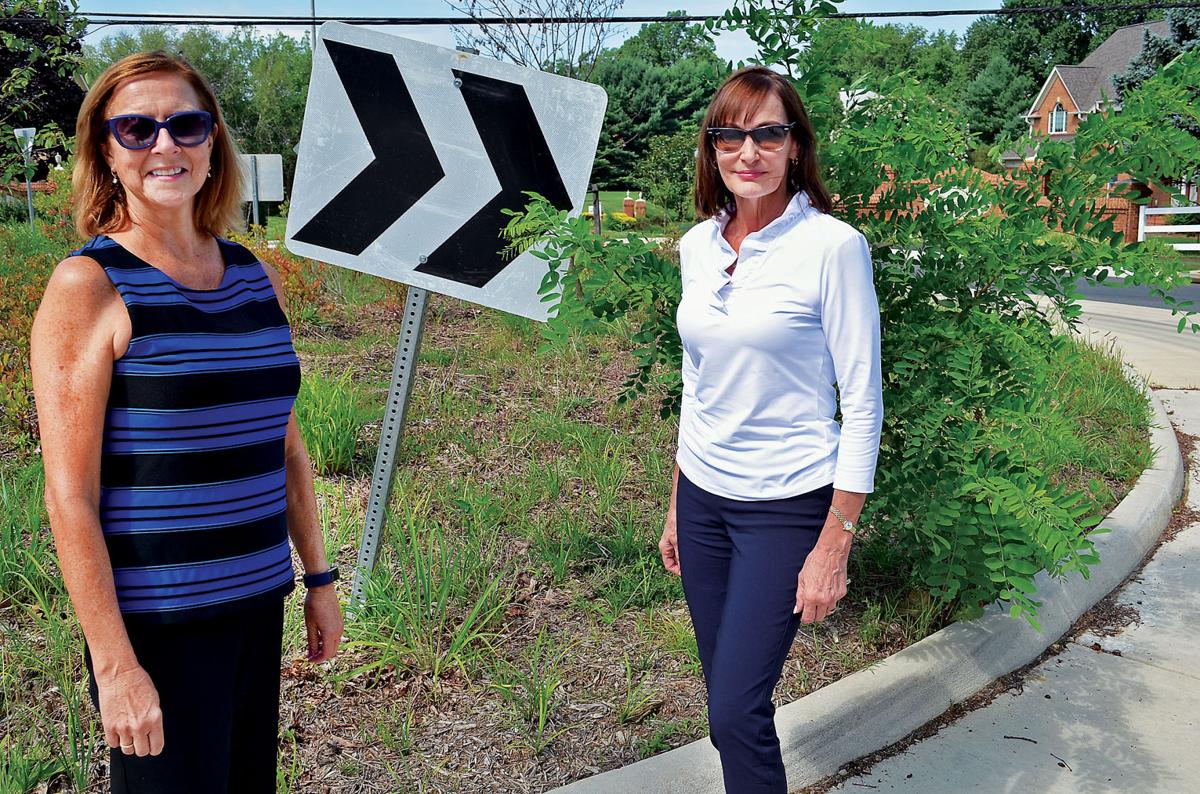 Patty Reed and Janet Kerr-Tener of the Greater Oakton Community Association pose on the Hunter Mill Road roundabout in Oakton, to which they hope to add prettier landscaping. (Photo by Brian Trompeter) 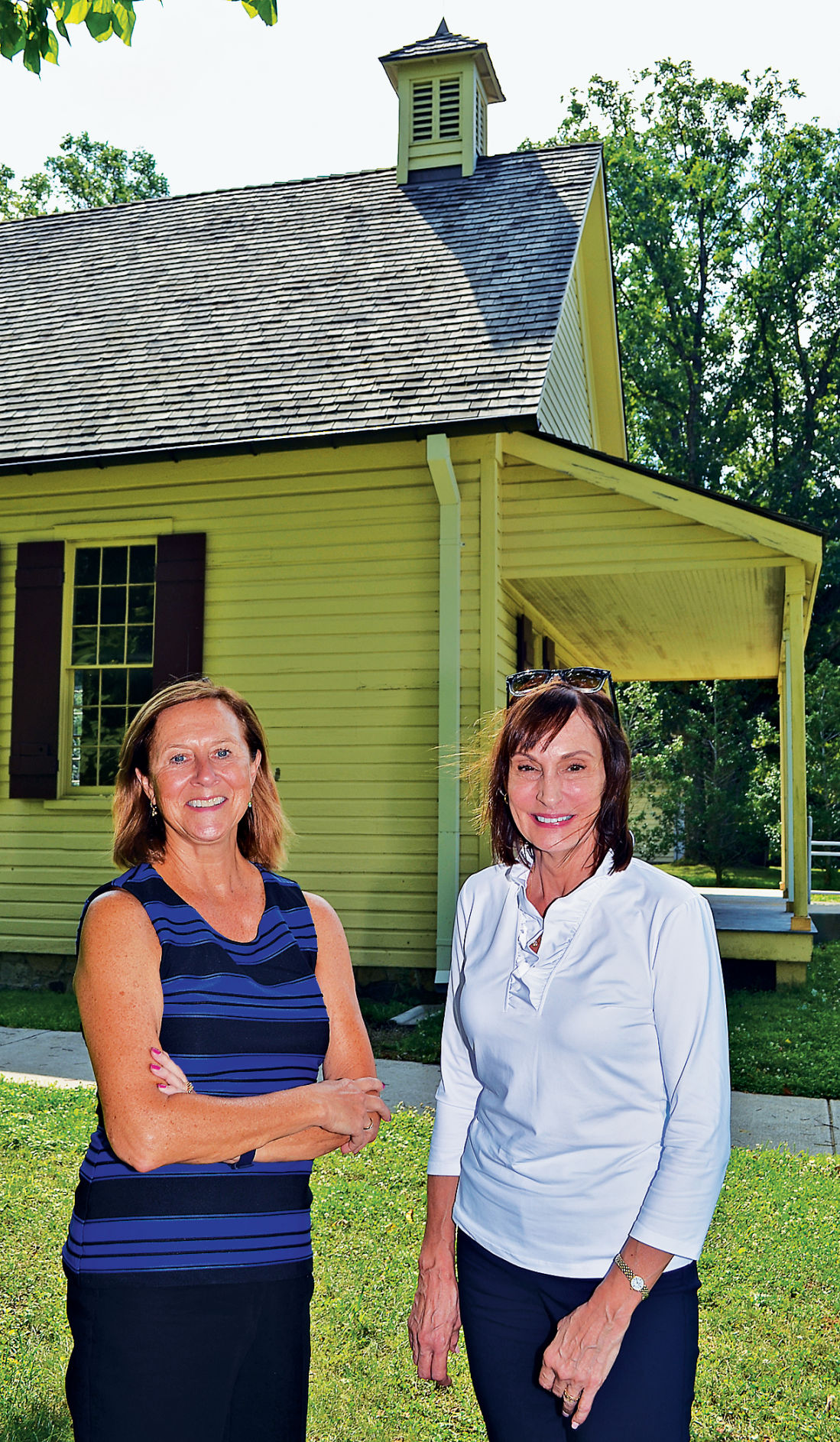 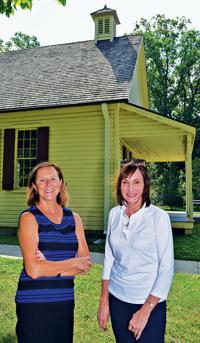 Patty Reed and Janet Kerr-Tener of the Greater Oakton Community Association pose by the historic schoolhouse at Oakton Community Park, which they eventually hope to open for tours. (Photo by Brian Trompeter)

Patty Reed and Janet Kerr-Tener of the Greater Oakton Community Association pose on the Hunter Mill Road roundabout in Oakton, to which they hope to add prettier landscaping. (Photo by Brian Trompeter)

Patty Reed and Janet Kerr-Tener of the Greater Oakton Community Association pose by the historic schoolhouse at Oakton Community Park, which they eventually hope to open for tours. (Photo by Brian Trompeter)

Oakton offers more than just upscale homes, a library and a few small shopping centers. Leaders of the newly formed Greater Oakton Community Association hope to spruce up the community and highlight its attractions and history.

“We’ve got the perfect population to engage in this stuff,” said co-chair Janet Kerr-Tener. “I felt like there were some opportunities here to create a sense of place, a sense of community.”

A cadre of local residents founded the group in January and on May 13 the organization received status as a 501 (c) 3 non-profit, making it eligible to receive donations.

The group’s board has been convening as necessary, but leaders eventually hope to hold quarterly meetings. Kerr-Tener did not have a membership figure yet, but said the group has about 75 e-mail contacts so far.

Patty Reed is the organization’s other co-chairman, Jody Bennett its vice chairman and Lauren Crum and Kristin Olsen its co-treasurers. The organization does not charge membership dues and is working to provide a Website.

“We certainly don’t want people to think this is an exclusive group in any way,” Kerr-Tener said. “Anybody can participate, anybody certainly can donate, which would be wonderful. One step at a time.”

Among the group’s top priorities:

• Improve and maintain landscaping at the Hunter Mill Road roundabout across the street from Oakton Community Park.

“Preserving the area’s beauty is a common goal that has pulled the community together,” Reed said.

The group first will have to present a project plan to the Virginia Department of Transportation. A local company, Air Pro Heating & Air Conditioning Inc., has offered to pay for the roundabout’s landscaping materials.

• Coordinate with the Fairfax County Park Authority to add amenities such as a picnic pavilion and portable toilets at Oakton Community Park.

“Lots of studies coming out have shown that even 10 minutes a day of being in a green environment can dramatically improve mood and energy and help offset depression,” Kerr-Tener said.

The site currently is home to the historic Oakton Schoolhouse, a children’s playground and a meadow, which no longer is being considered for athletic fields because of the addition of stormwater-management equipment, Kerr-Tener said. The approximately 10-acre park is suitable for trails, she added.

County officials in 2007 moved the schoolhouse, formerly located at Chain Bridge and Hunter Mill roads, via truck to the park. The building has been repainted and refurbished, but generally is not open to the public.

“We have this perfectly preserved, historically accurate schoolhouse sitting there on a park that has no amenities besides just a little playground area for the kiddies,” Kerr-Tener said. “We have an opportunity across the street [at the roundabout] to create a gateway to Oakton with some signage and landscaping.”

• Educate residents about the historical significance of Hunter Mill Road, a designated scenic byway, during the Civil War and possibly offer tours to visit other historic sites from that war. Control of the road changed sides constantly during the war ,and residents in recent decades have fought against widening it. Kerr-Tener called the road a “7-mile interlude of green and peacefulness, older homes and horse farms.”

• Inform local residents about the need to preserve parkland and natural resources in the area. While the group is apolitical and will not advocate for or against development proposals, leaders will encourage residents to monitor various land-use projects and consider their impacts.

Kerr-Tener this spring was honored as Lady Fairfax for Providence District by Supervisor Linda Smyth (D). Kerr-Tener credited Smyth for her efforts in preserving the schoolhouse and obtaining a library for Oakton. Smyth “has been very responsive,” she said.

Reed was elected to the Fairfax County School Board in 2009 and defeated during her second bid for re-election in 2015 by Dalia Palchik, who in June won the Democratic nomination to succeed Smyth as Providence District supervisor.

The Greater Oakton Community Association aims to surmount people’s impressions of Oakton as just a ZIP code or a place where people shop or merely drive through, Reed said.