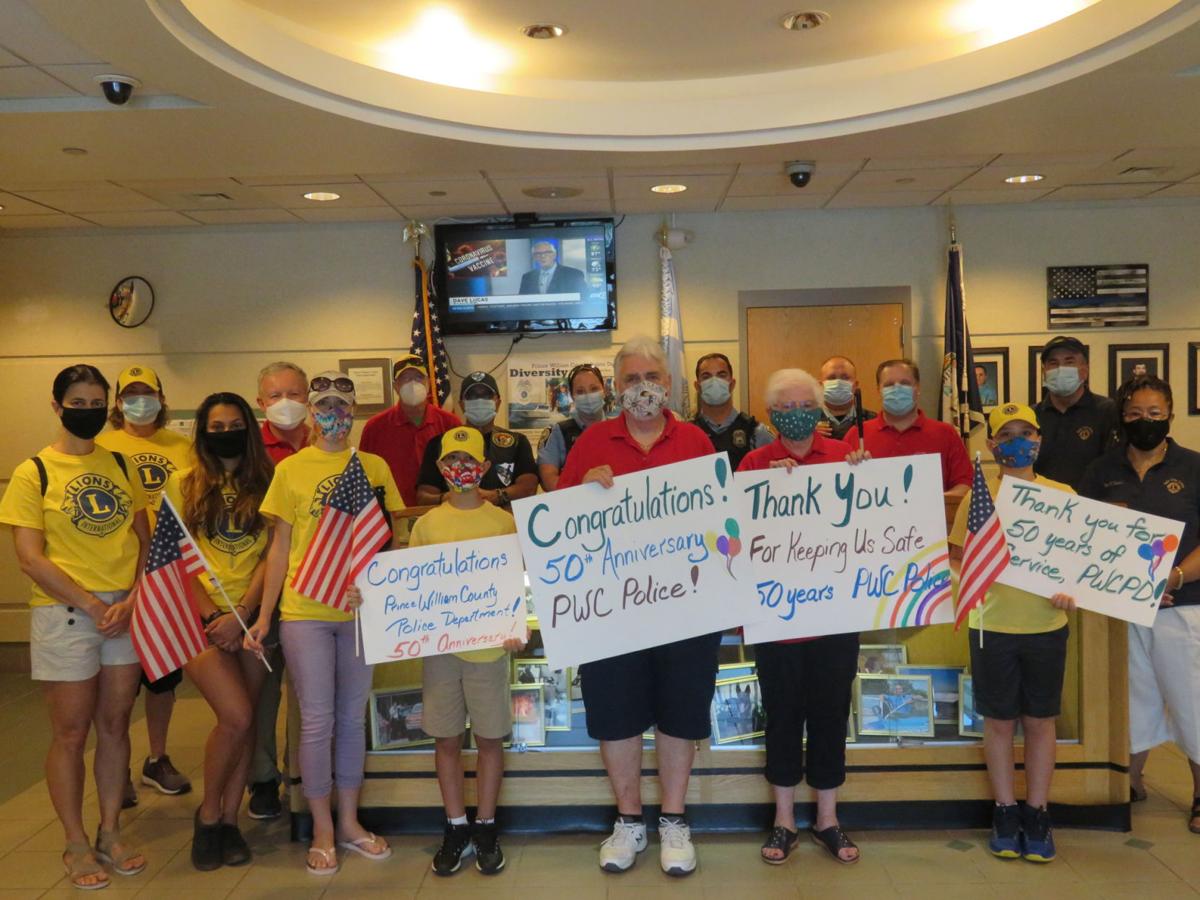 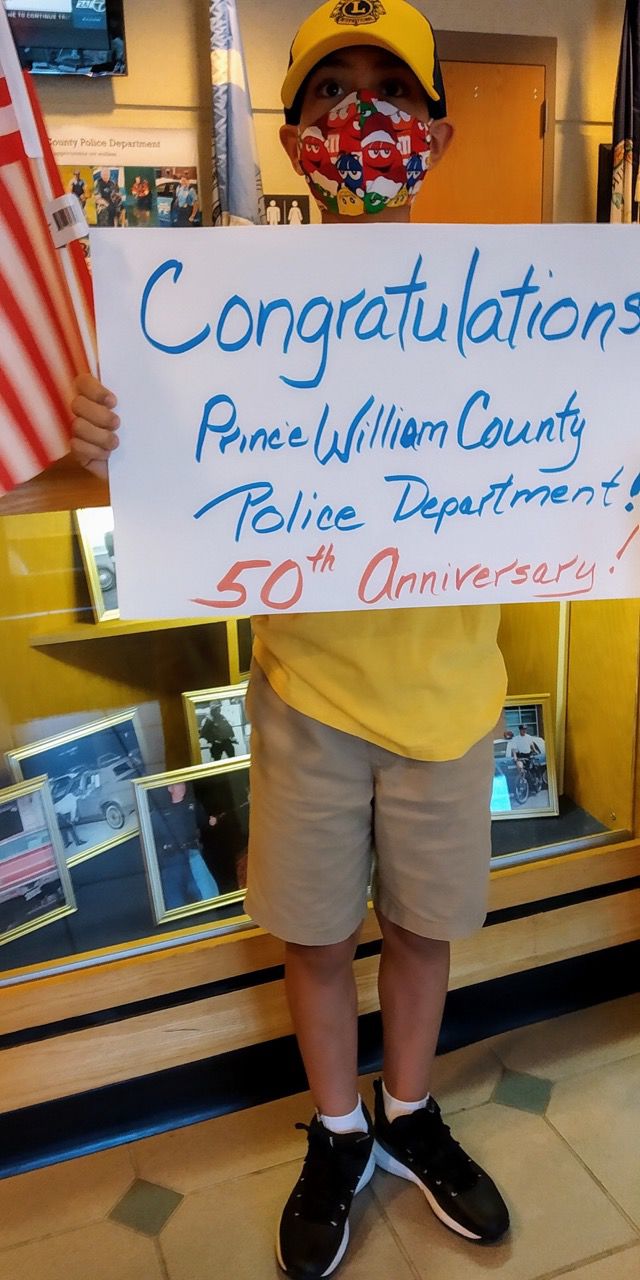 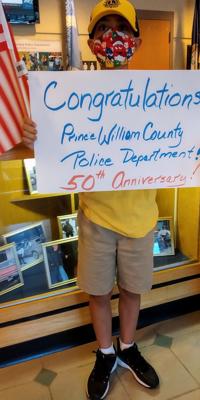 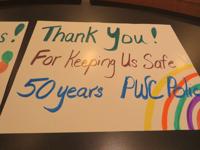 The Montclair Lions Club, in cooperation with the Dale City Lions Club, recognized the 50th anniversary of the Prince William County Police Department on Wednesday by providing 80 prepared lunches for the Central District and Garfield police stations.

The meals were bought from Dixie Bones and made available to the police officers for the mid-afternoon shift change at both stations. Members of both Lions Clubs assisted in the food distribution effort and held up signs of appreciation for the officers during the shift change.

Mike O’Neal, president of the Montclair Lions Club, who assumed duties as the 42nd president on July 1, said, "The motto of the Lions Club is ‘We Serve,’ and in recognition of the 50th anniversary of the Prince William County Police Department, the members of the Montclair and Dale City Lions Clubs, felt it was both fitting and proper that we do something collectively to show our appreciation to the police officers who have served our communities and protected our way of life every day for the last 50 years.”

In addition to providing the lunches, O’Neal presented retiring Police Chief Barry Barnard with a Lions International Citizens Service plaque in recognition of his 44 years of service to the Prince William County Police Department. Barnard began his service in 1976 as a patrol officer, progressed to deputy chief in 2009 and ultimately rose to the position of chief in 2016.

Do you know the celebrities behind these 50 famous quotes?