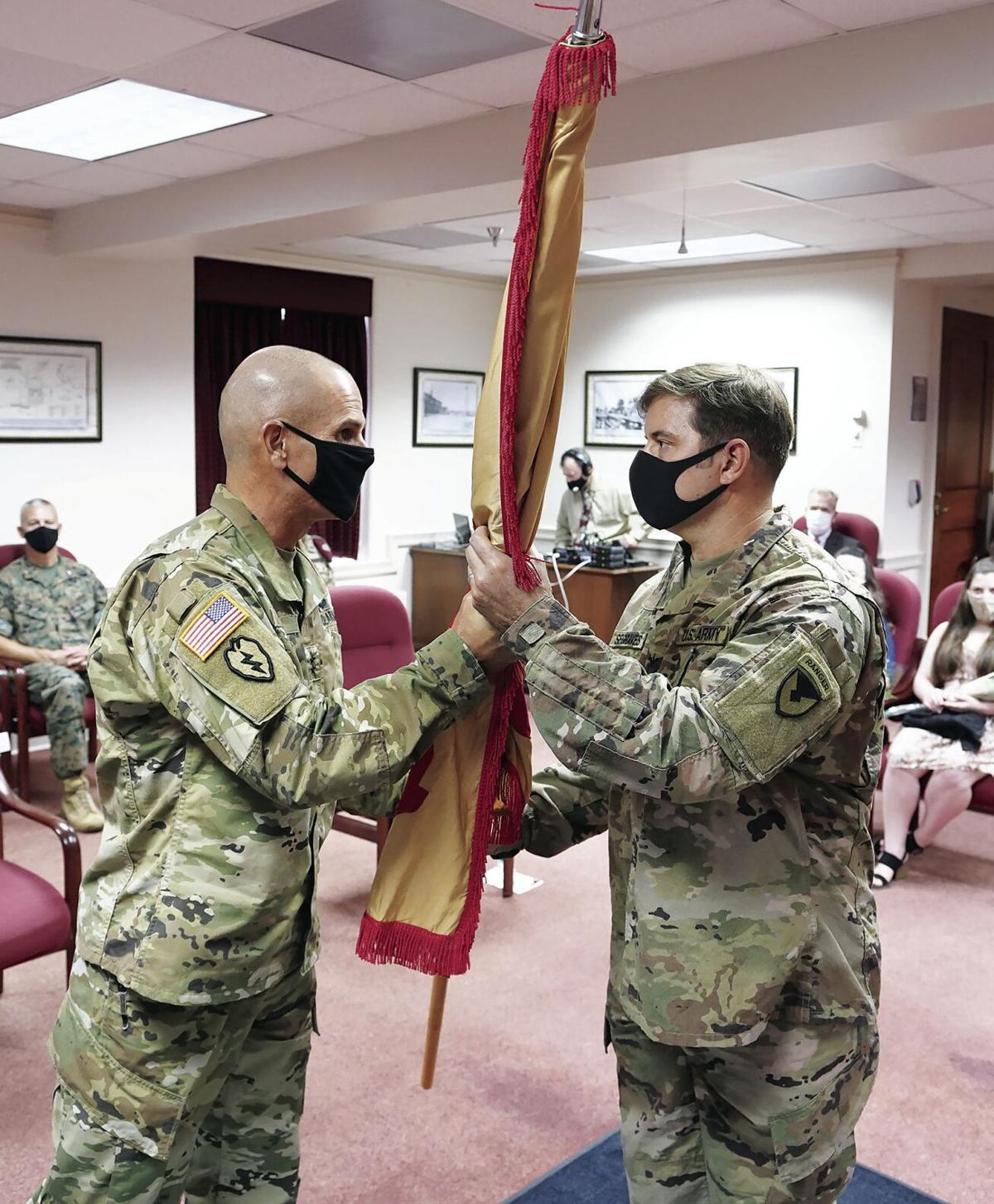 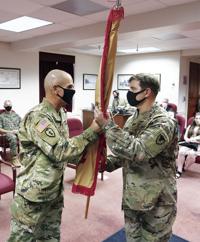 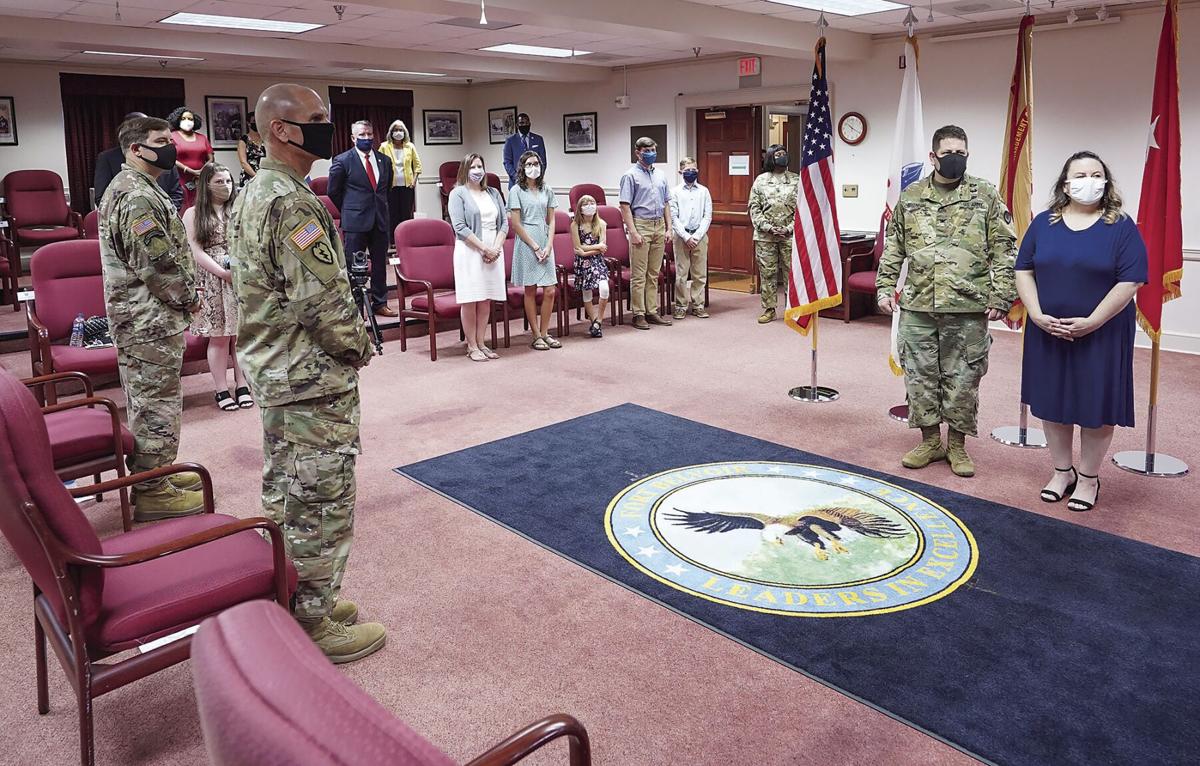 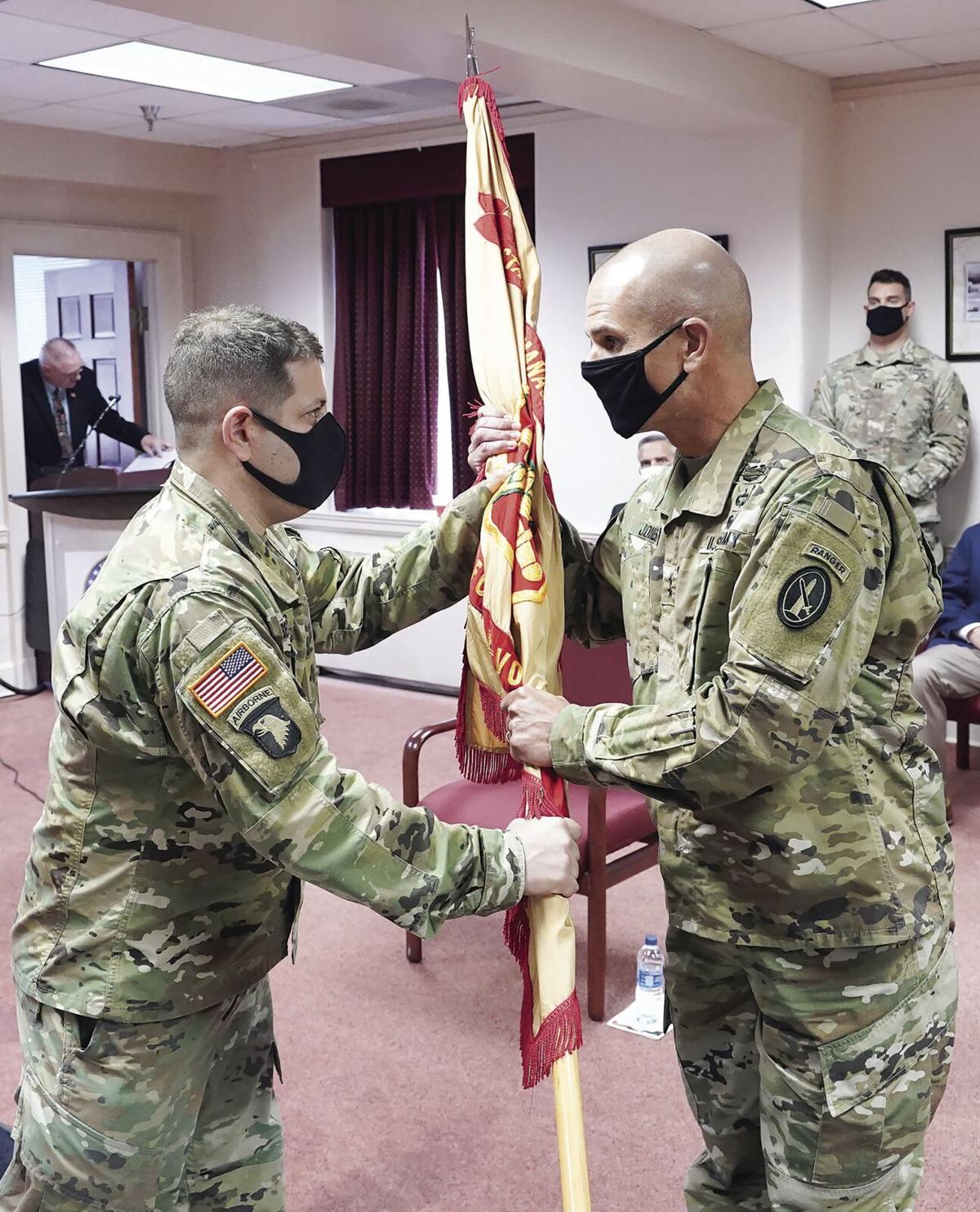 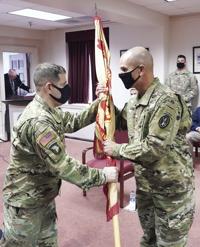 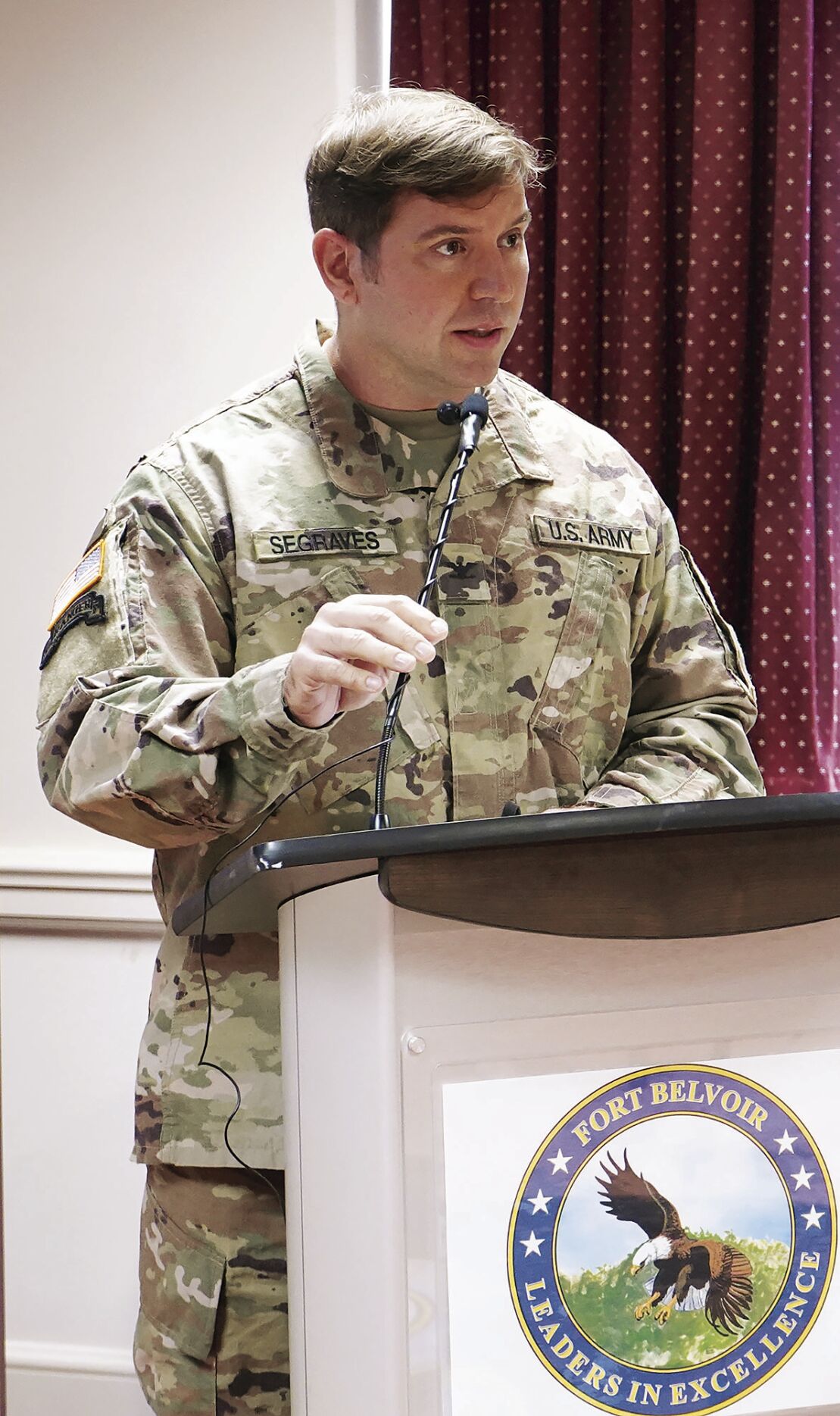 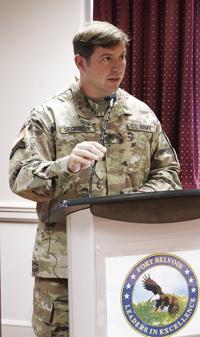 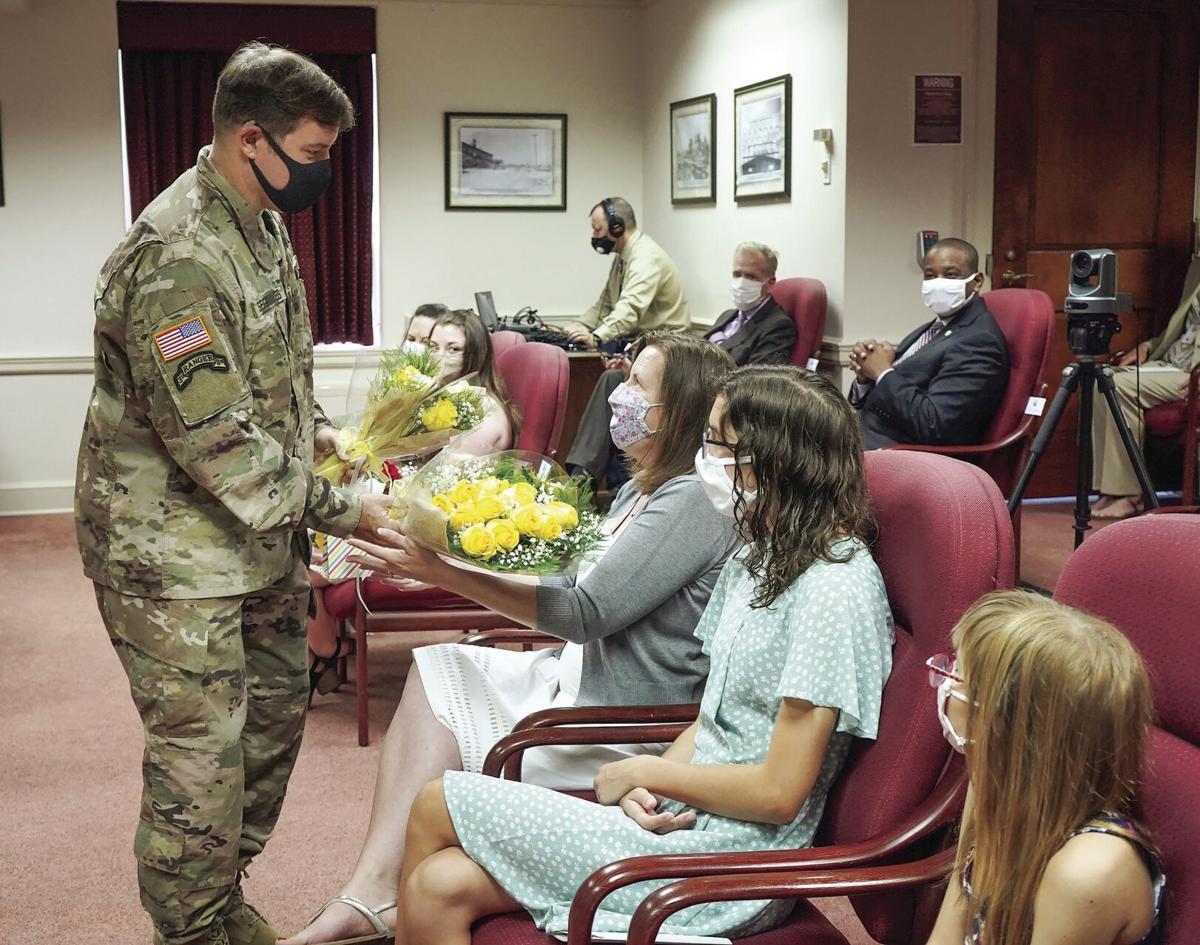 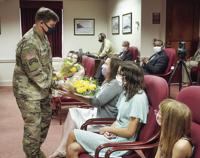 As he assumed command of U.S. Army Garrison Fort Belvoir, Col. Joshua SeGraves quoted Vince Lombardi, who once said, “The quality of a person’s life is in direct proportion to their commitment to excellence, regardless of their chosen field of endeavor.” SeGraves said it became clear to him over the last week, that this community – MDW, the surrounding community and Fort Belvoir – are committed to excellence and he said he looks forward to serving on that team.

SeGraves, who arrived from Fort Leonard Wood, MO, having been the senior operations officer for the Maneuver Support Center of Excellence, had also served as a basic training battalion commander. Maj. Gen. Omar Jones, commanding general, Military District of Washington, and Joint Force Headquarters, National Capital Region, pointed to Segraves’ signification operational experience with the 75th Ranger Regiment and other units as signs of continued success.

“He’s a leader, a problem-solver, and he’s always put people first. That’s why he’s as successful as he’s been and why he’s going to be so successful here with the garrison team.”

Jones said that outgoing commander, Col. Michael Greenberg, has played a leadership role on Fort Belvoir, and Army-wide as the housing crisis emerged.

“Michael not only made an incredible difference here on Fort Belvoir, creating change, energizing systems, to take care of residents, to listen to residents and make sure we were providing them the best possible homes here on the installation, he’s also made an impact across the Army. Many installations are following his example he put into systems, processes and techniques he devised here on Fort Belvoir to make a difference across the Army.

“In a similar manner, his response to COVID-19 has been instrumental during the pandemic to protect the community, protect the force, and protect the mission that is so vital that happens here on Fort Belvoir every single day,” Jones said.

“Without additional resources, he organized by pulling leaders and action officers from the most broad sector of the garrison – from partners, the medical command and the Military District of Washington. His leadership resulted in identifying and solving challenges at all the echelons of the housing chain, eventually reducing the installation with the highest number of displaced families to none. That was no small feat for everybody involved.”

Col. Greenberg had many to thank in the region, including Fairfax County and the Commonwealth.

“It’s amazing to see how the Commonwealth of Virginia cares about service members, their families and veterans. Virginia is the number one veteran-friendly state, and a lot of work has gone into that. Opening the Department of Veterans Affiars office on Belvoir and bringing in the DMV were huge to this installation. Fairfax county has also been an amazing partner to the base. I’d like to thank Fairfax County Chair Jeff McKay and Supervisors Storck, Herrity, Lusk, and County Executive Hill.”

Greenberg wanted the garrison directors and staff to know that they were the agents of success in those stories mentioned by Tindoll and Jones.

“I thank the team every day for doing all those great things. It’s nice, as a leader, to be able to empower people and watch them flourish, and to see how every person in the garrison has provided world-class service to our community.”