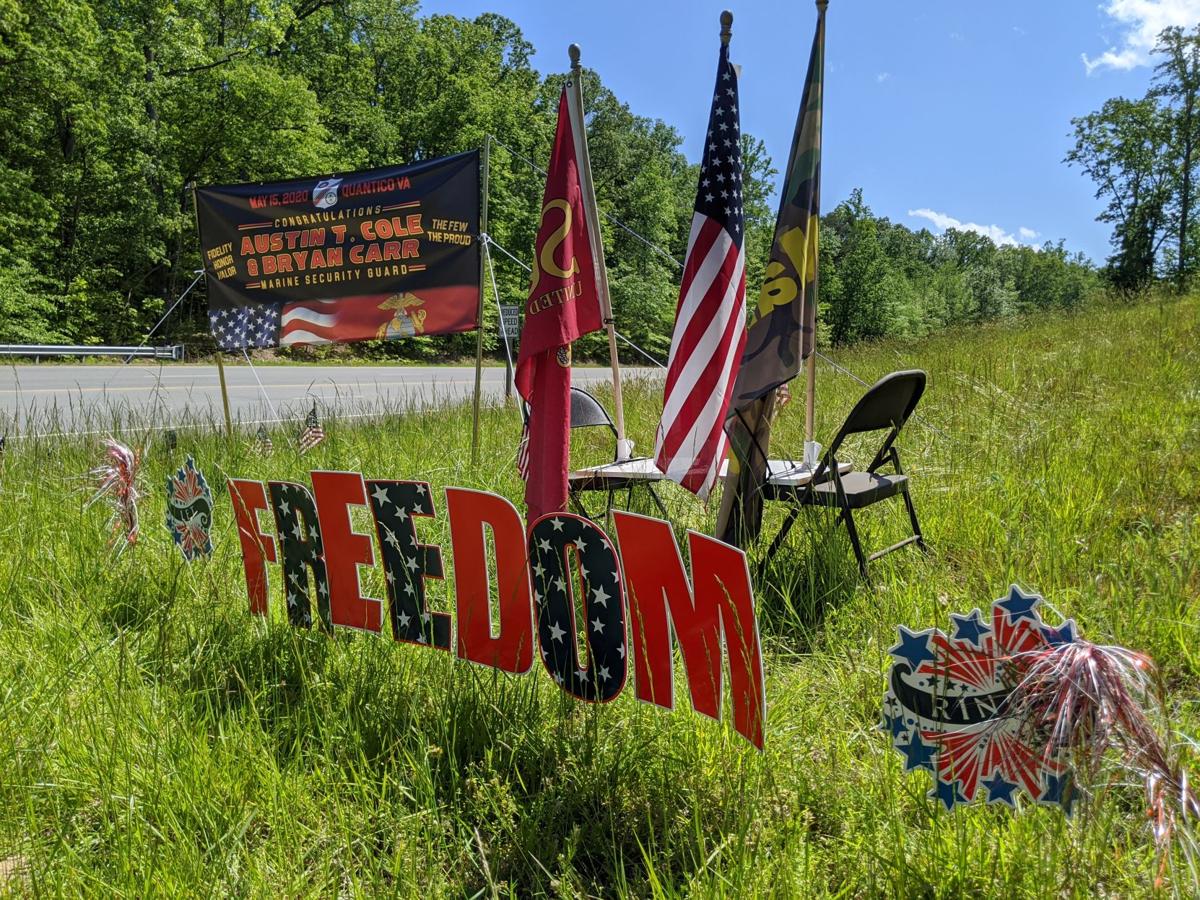 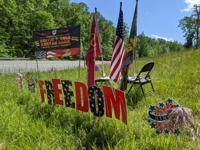 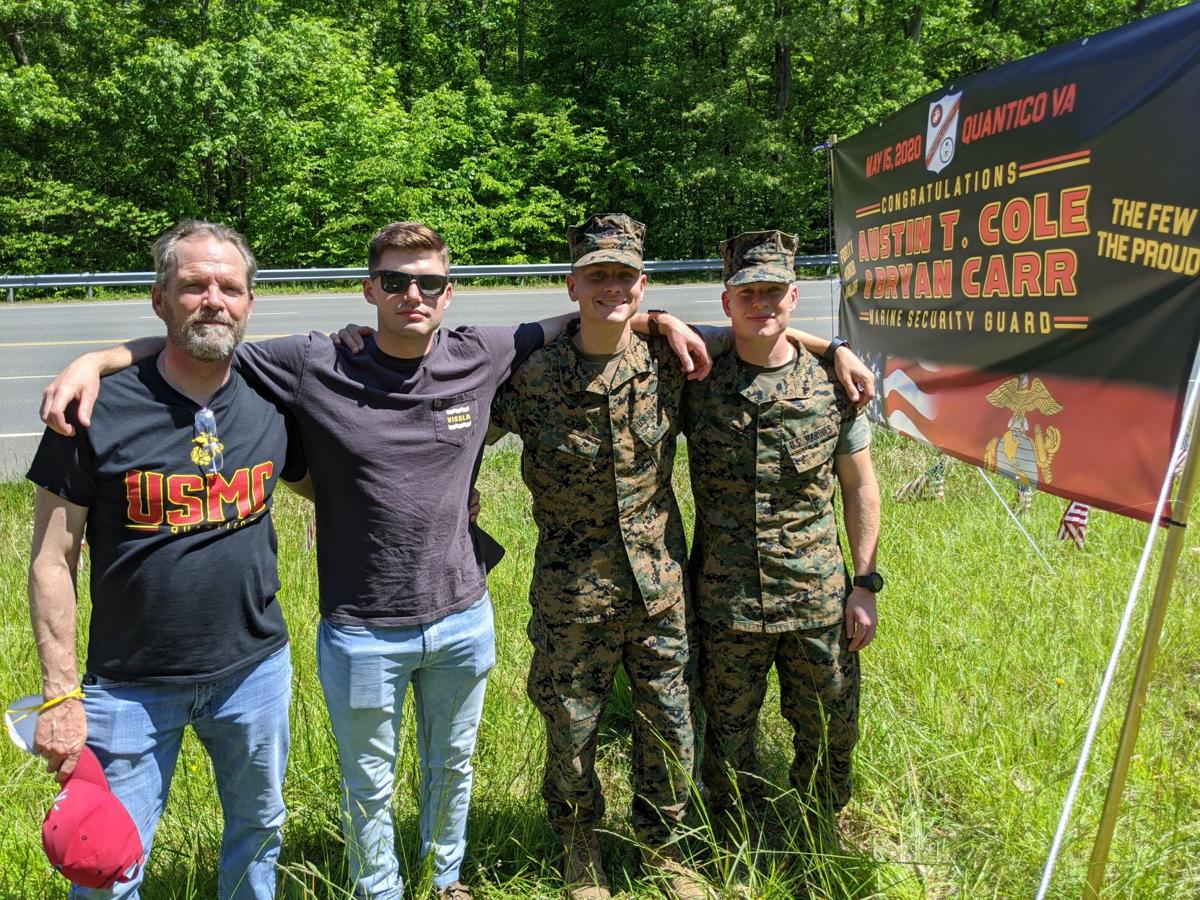 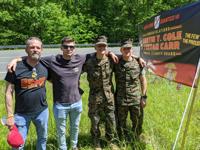 Chris Cole, 54, drove more than three hours May 15, leaving his home in Sicklerville, New Jersey, at 5 a.m. to travel to the gates of Marine Corps Base Quantico so he could cheer on his Marine son from afar.

His son, Corp. Austin Cole, 22, graduated from Marine Security Guard school to be an embassy guard. Chris Cole, like other parents and loved ones, wasn’t able to attend the graduation ceremony due to COVID-19 restrictions on base.

Chris Cole thought he would take a chance to show how proud he is of his son even if he couldn’t see the graduation. Just outside the Quantico gates, he set up U.S. and Marine Corps flags and a banner that read “Congratulations Austin T. Cole & Bryan Carr, Marine Security Guard”

Austin Cole told InsideNoVa that he was glad his dad made the trip.

“I was surprised, but I was also not surprised at the same time,” he said.

For Chris Cole, this was a once-in-a-lifetime experience.

“They’re never going to graduate again,” he said. “Austin was third in his class out of like 175 guys. We just wanted to see their name in lights.”

He made a video for his son, because he thought he wouldn’t be able to see him although he was in Quantico.

“I miss you,” he said. “There’s no way I can tell you other than the world’s been full of joy since you came into it and nothing I can really say to you, kid; you’ve accomplished everything a man can dream of already."

Luckily, Chris Cole was able to visit and catch up with his son and his son’s classmates, Corp. Bryan Carr, 22, and Corp. Chandler Marshall, 21. None of the three Marines were able to have family attend their graduation ceremonies.

He’s proud that his son is carrying on his grandfather’s legacy — Austin’s grandfather, Robert Wozniak, 96, served in WWII.

“I thought today I wouldn’t get to see him,” he said.

The new graduates will be stationed at U.S. embassies around the world for up to two years.

“We sleep good at night because of these men,” Chris Cole said.

Thank you for sharing this story. We need to hear the good news, too. Congratulations to Austin and his family on his accomplishment.

This is a great story! (I got a little choked up reading it.)

More of these kinds of stories, please.

Congrats to the graduates, and thanks for your honor, courage & commitment to our great nation!