In a small Fort Belvoir studio, with brushes and paints occupying every inch of space on the table, an artist leans in toward a magnifier, and, with a fine-hair paint brush, carefully applies a stroke of golden paint to a sturdy 2-inch thick plaque that reads, Vice President of the United States.

Michael Craghead rotates the plaque a bit, and with a different brush, fills in a spot on the deep blue background border.

“It’s not just painting the plaques — I make all the plaques with resin, apply putty to the imperfections, etch away parts that don’t belong, and sand it down before hand-painting it,” Craghead said.

Craghead’s occupation goes back centuries in an art form known as heraldry.

In the 12th century, knights would ride out to battle, but since one suit of armor looks like any other, there needed to be a way to distinguish friend from foe in the chaos of the fight, and that was the birth of heraldry. The coat of arms, the most fundamental element of heraldry, began as a textile garment that a knight wore over his armor, according to Charles Mugno, director of The Institute of Heraldry. 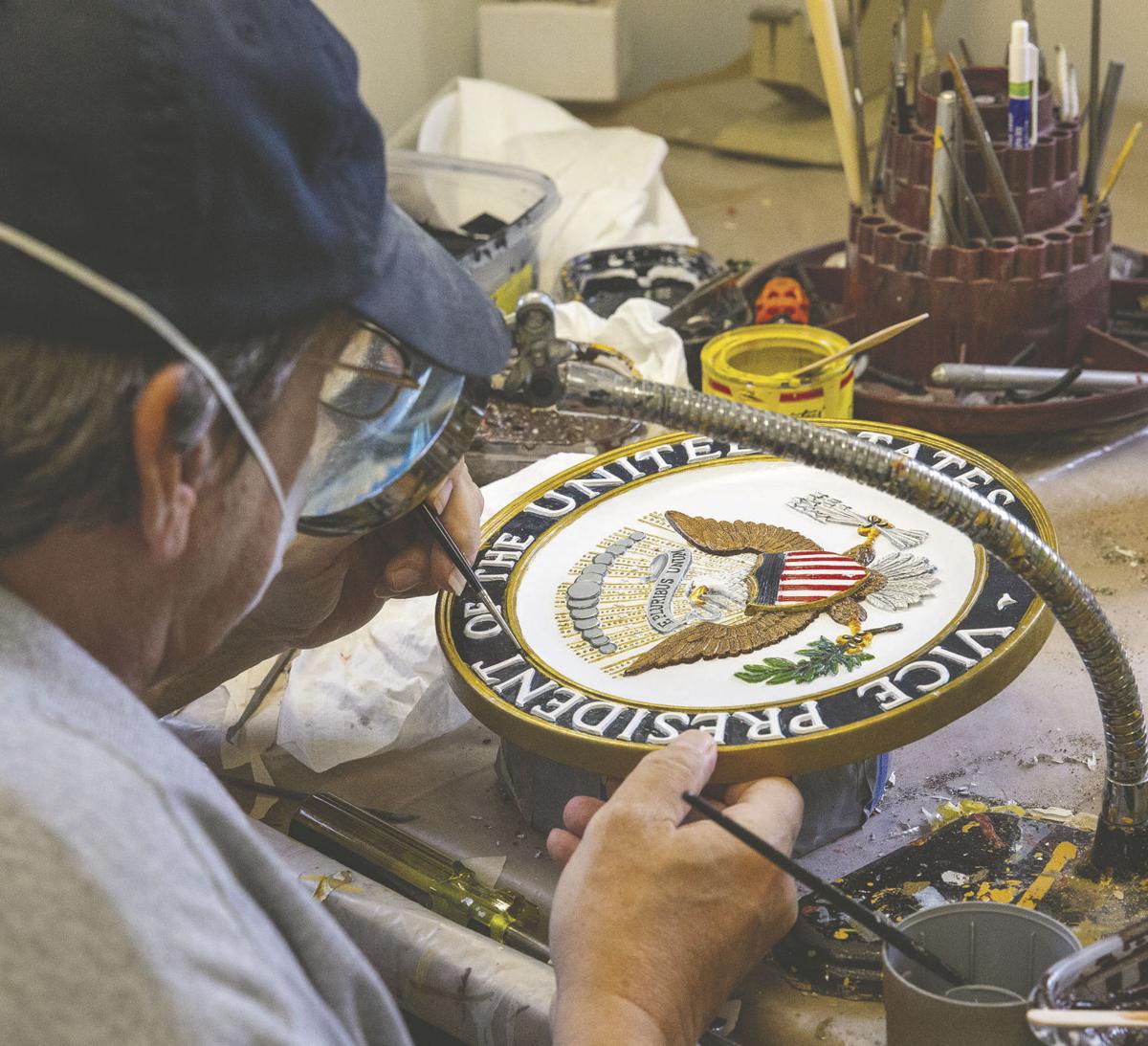 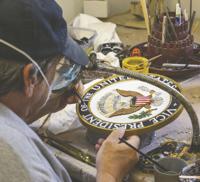 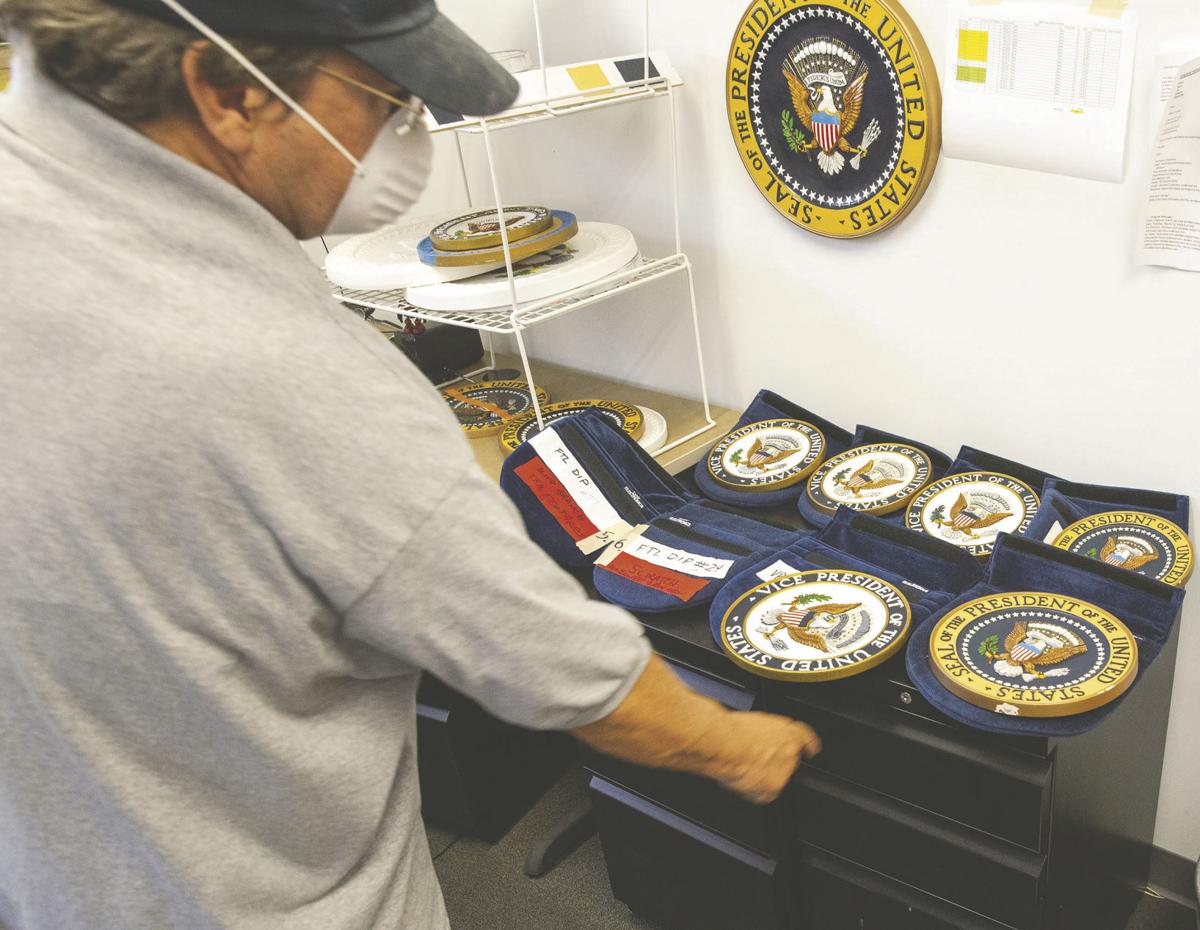 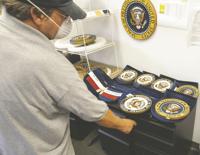 Mike Craghead, model maker, The Institute of Heraldry, shows the presidential and vice presidential plaques awaiting repair in his Fort Belvoir shop. Craghead has worked for TIOH for nearly 20 years. 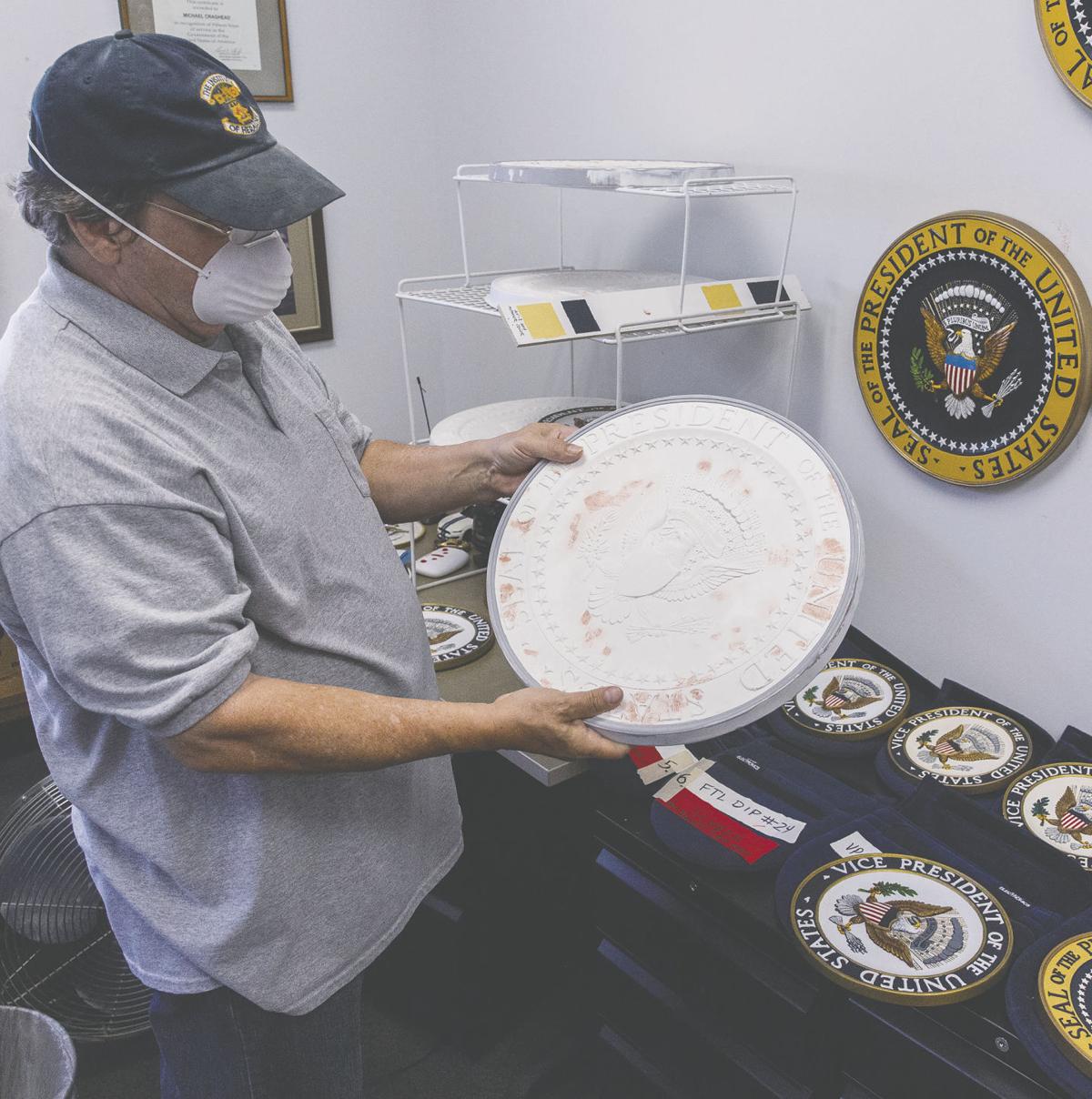 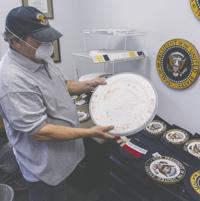 Mike Craghead, a model maker for The Institute of Heraldry, shows a special plaque made for Air Force One. The plaque has to be hollow to meet maximum weight requirements of just 450 grams. 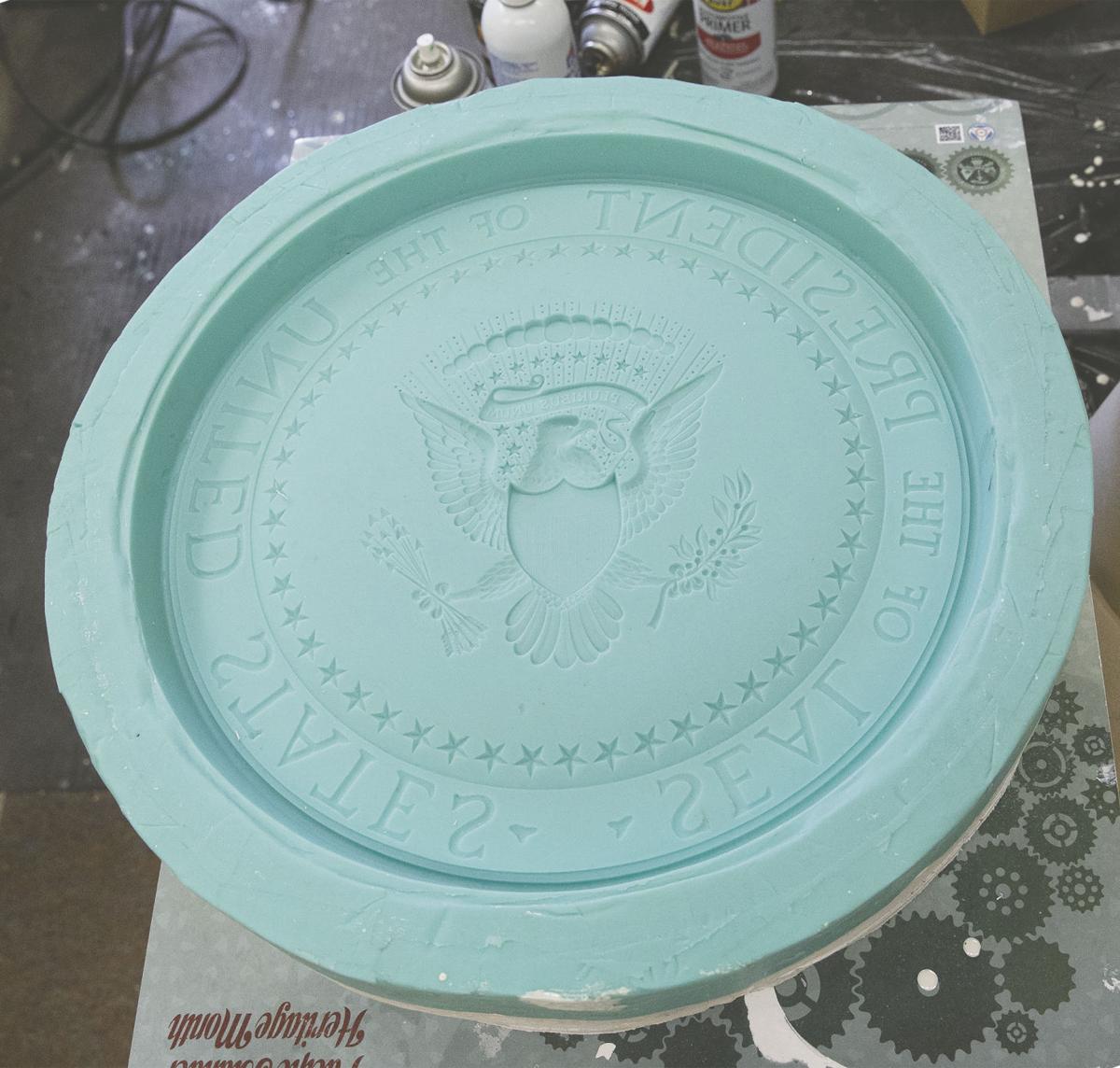 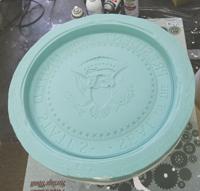 A master mold of the presidential seal is seen in obverse, ready for resin to create the plaque at The Institute of Heraldry, June 19. Every Presidential plaque is hand-made and hand-painted on Fort Belvoir.

Each of the military seals, as designed by The Institute of Heraldry, on display in the TIOH offices on Fort Belvoir, June 19. 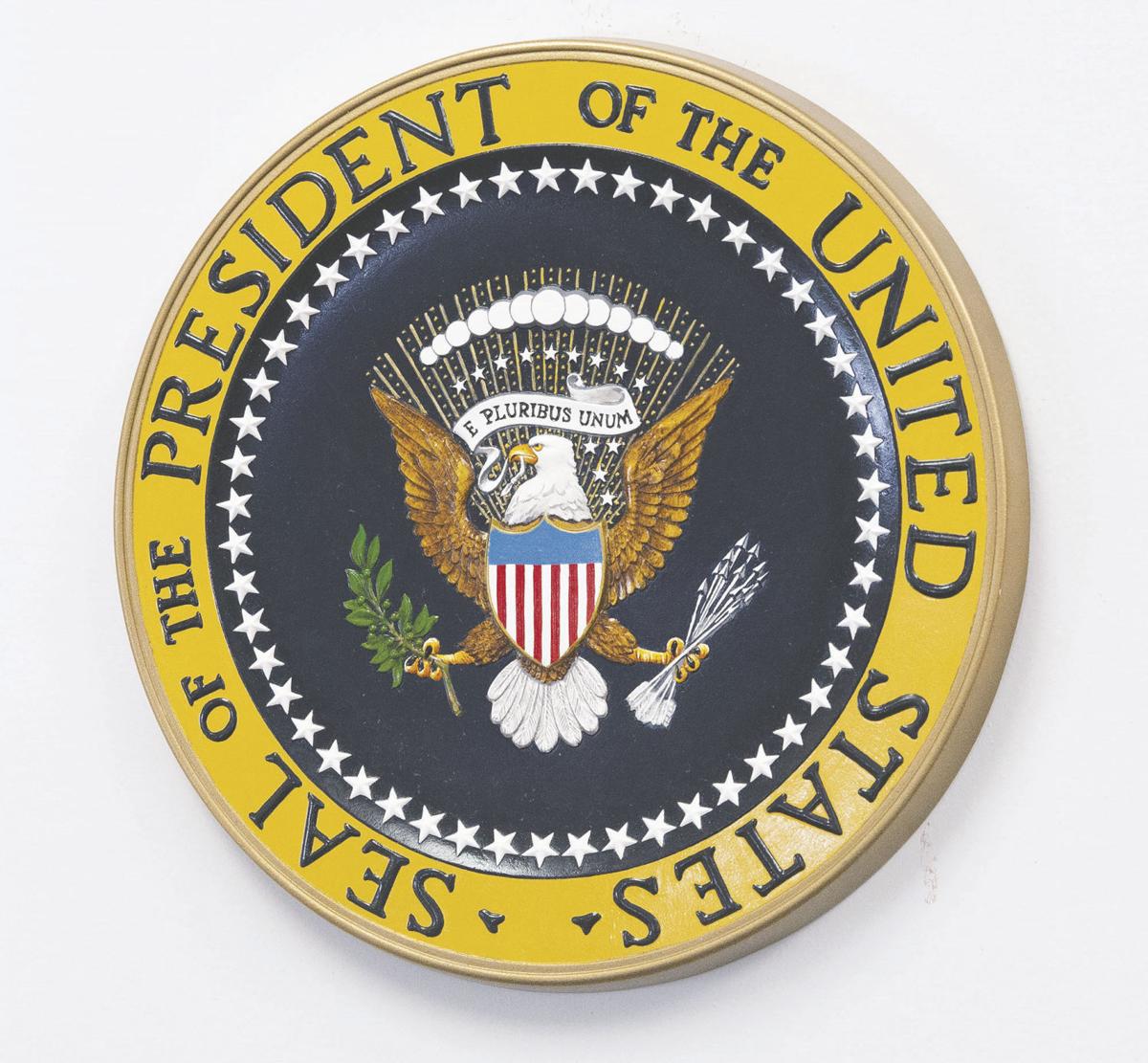 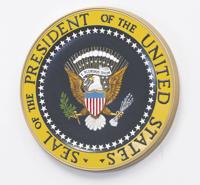 One of the many hand-painted Presidential seal plaques at The Institute of Heraldry on Fort Belvoir, June 19. TIOH also created all unit insignia, badges, medallions and organizational flags for the military departments. 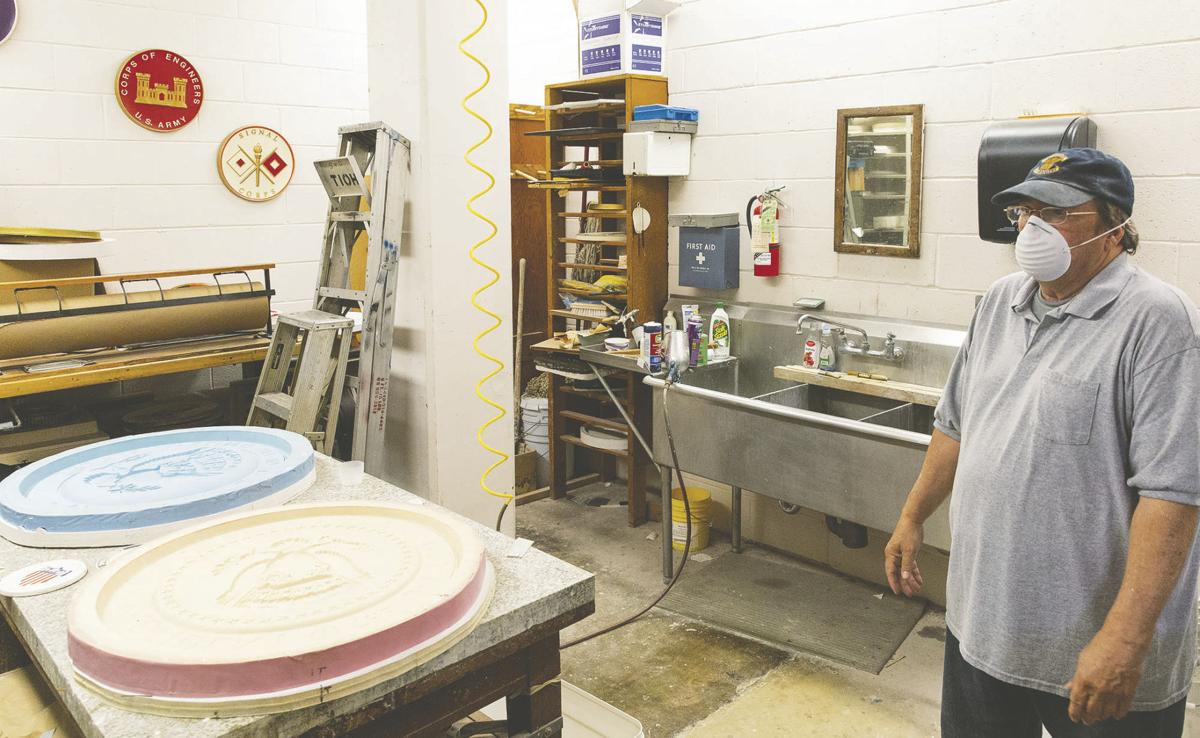 Mike Craghead, model maker with the The Institute of Heraldry, shows some large molds for plaques of the presidential seal. TIOH, on Fort Belvoir, has been responsible for heraldic services for the Federal Government for more than 60 years. 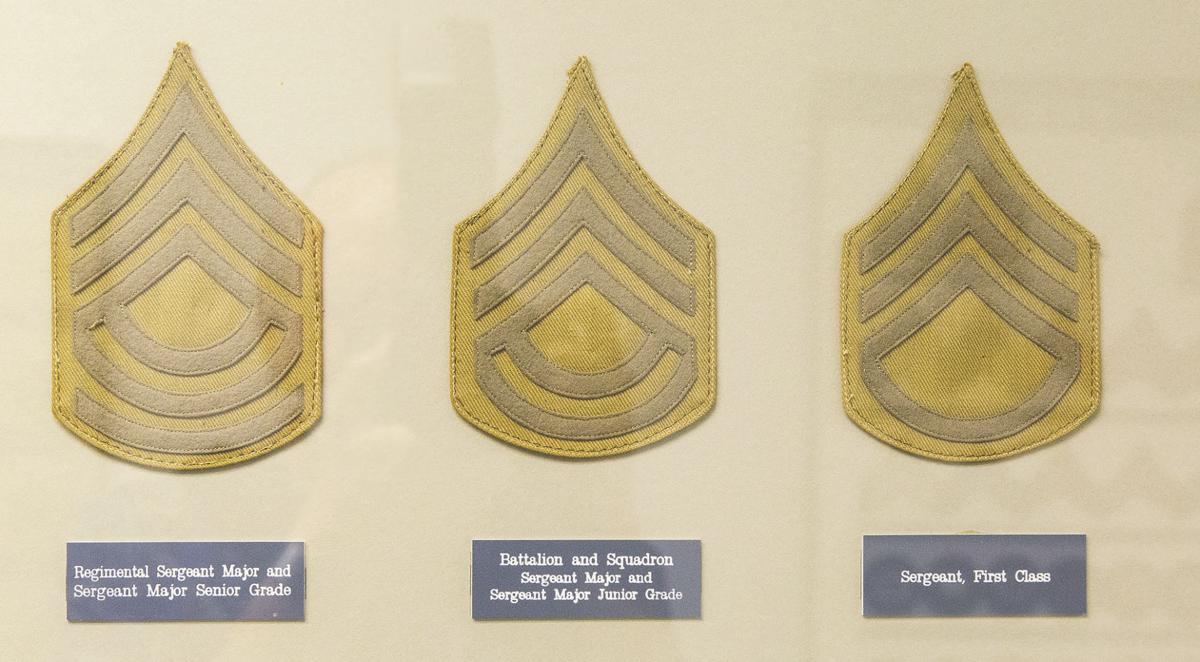 World War I-era chevrons designed by The Institute of Heraldry on display at TIOH offices on Fort Belvoir, June 19. What began as a program office in 1918 expanded to an institute in 1960 to furnish heraldic services to military departments and all branches of the federal government. 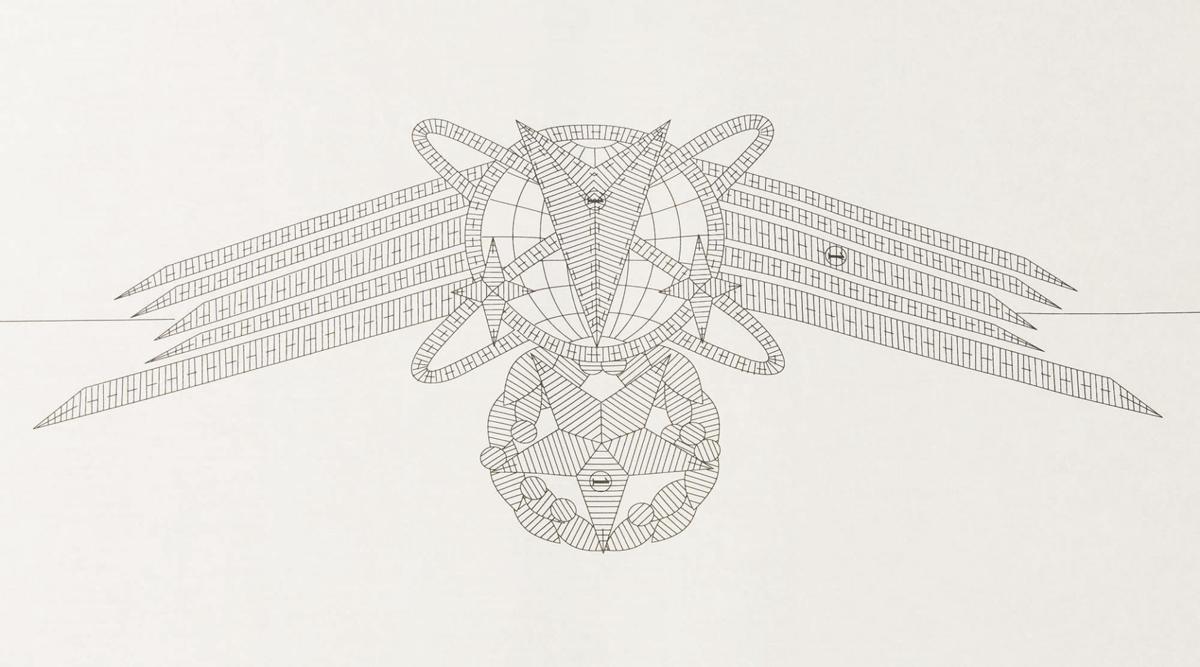 A technical drawing for a cloth badge of Space and Missile Master in U.S. Air Force. The Institute of Heraldry furnishes heraldic services associated with our national symbolism to all military departments and federal government agencies. 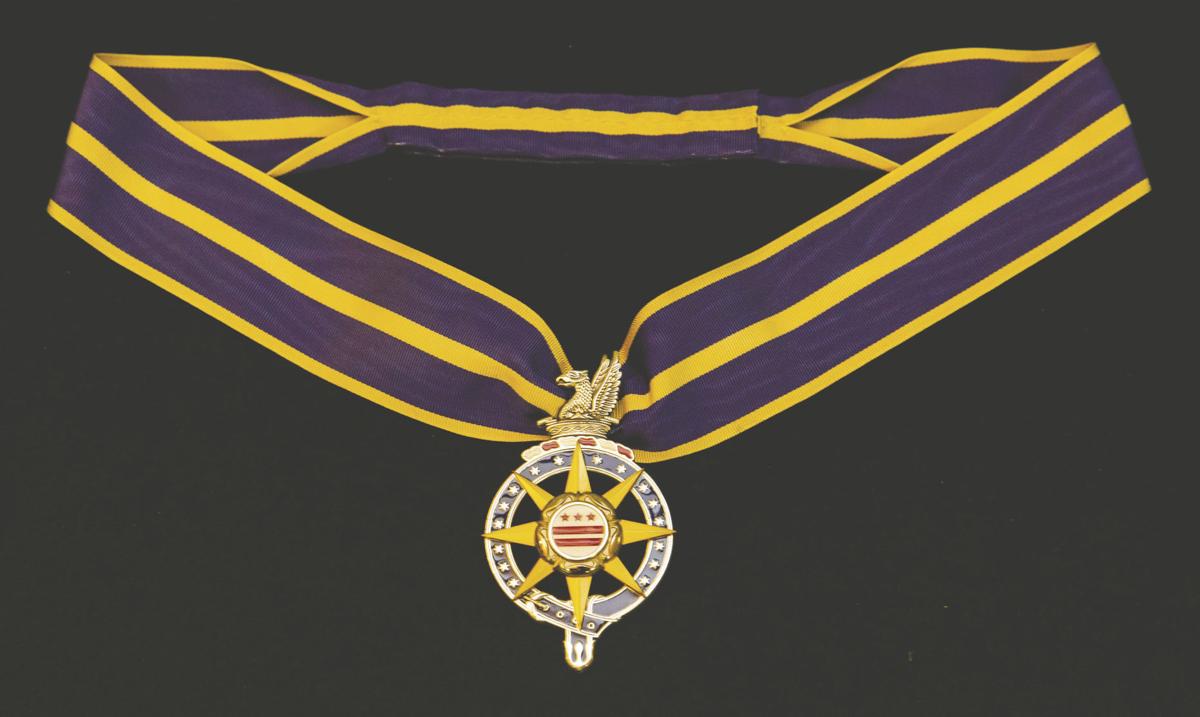 The intelligence community medal for the highest strategic level of recognition, as designed by The Institute of Heraldry in 2013. The award was named after General George Washington, who used superior intel to outperform the larger British Army. 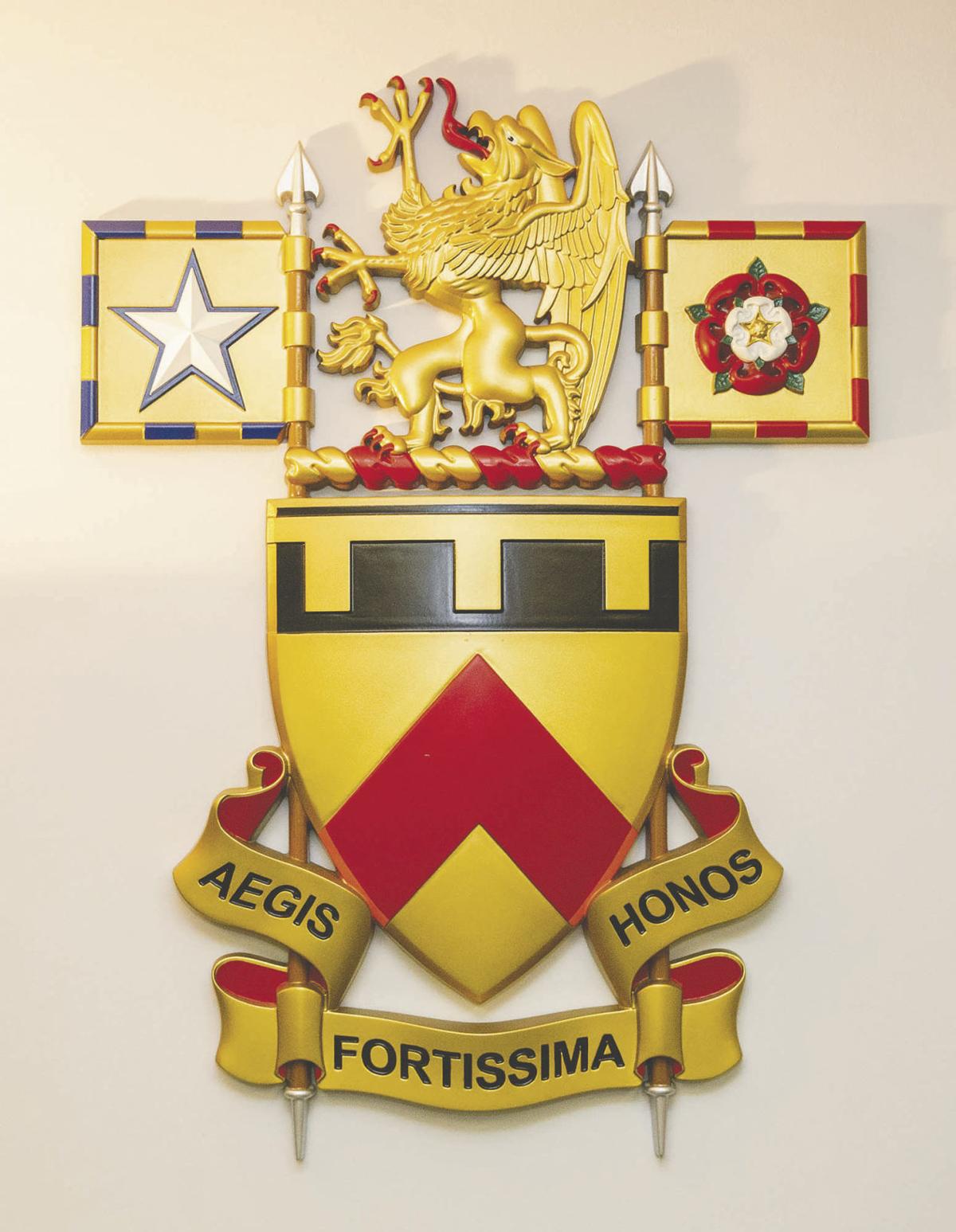 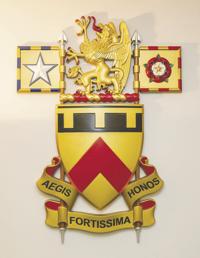 The coat of arms for The Institute of Heraldry. The term comes from medieval times when knights going into battle would wear surcoats over their armor, to distinguish friend from foe in the chaos of battle. 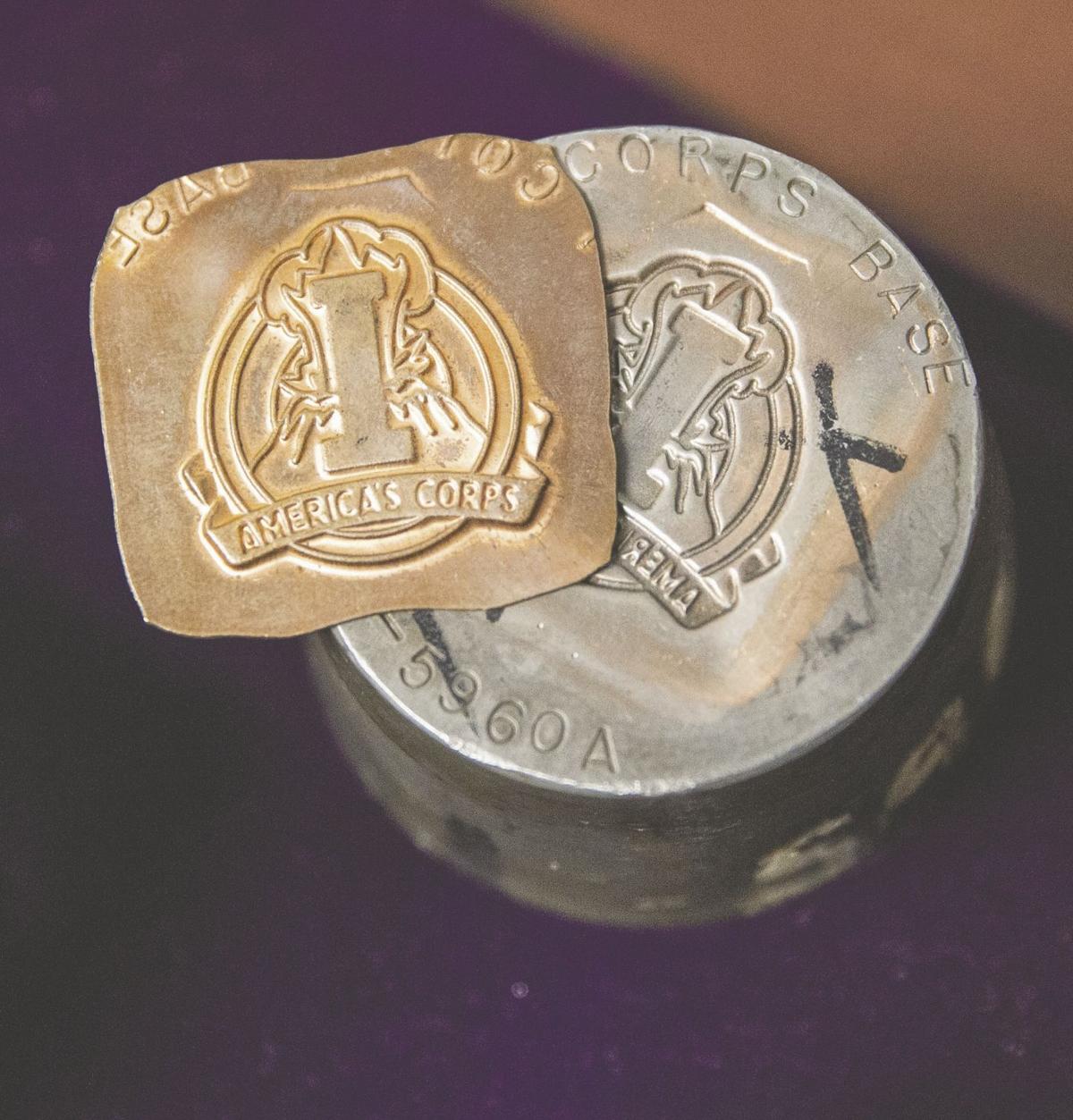 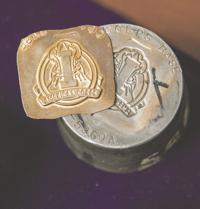 The stamp, and a resultant medal for I Corps on display at The Institute of Heraldry, on Fort Belvoir. TIOH is responsible for the design, production and quality control of all military insignia, medallions and patches. 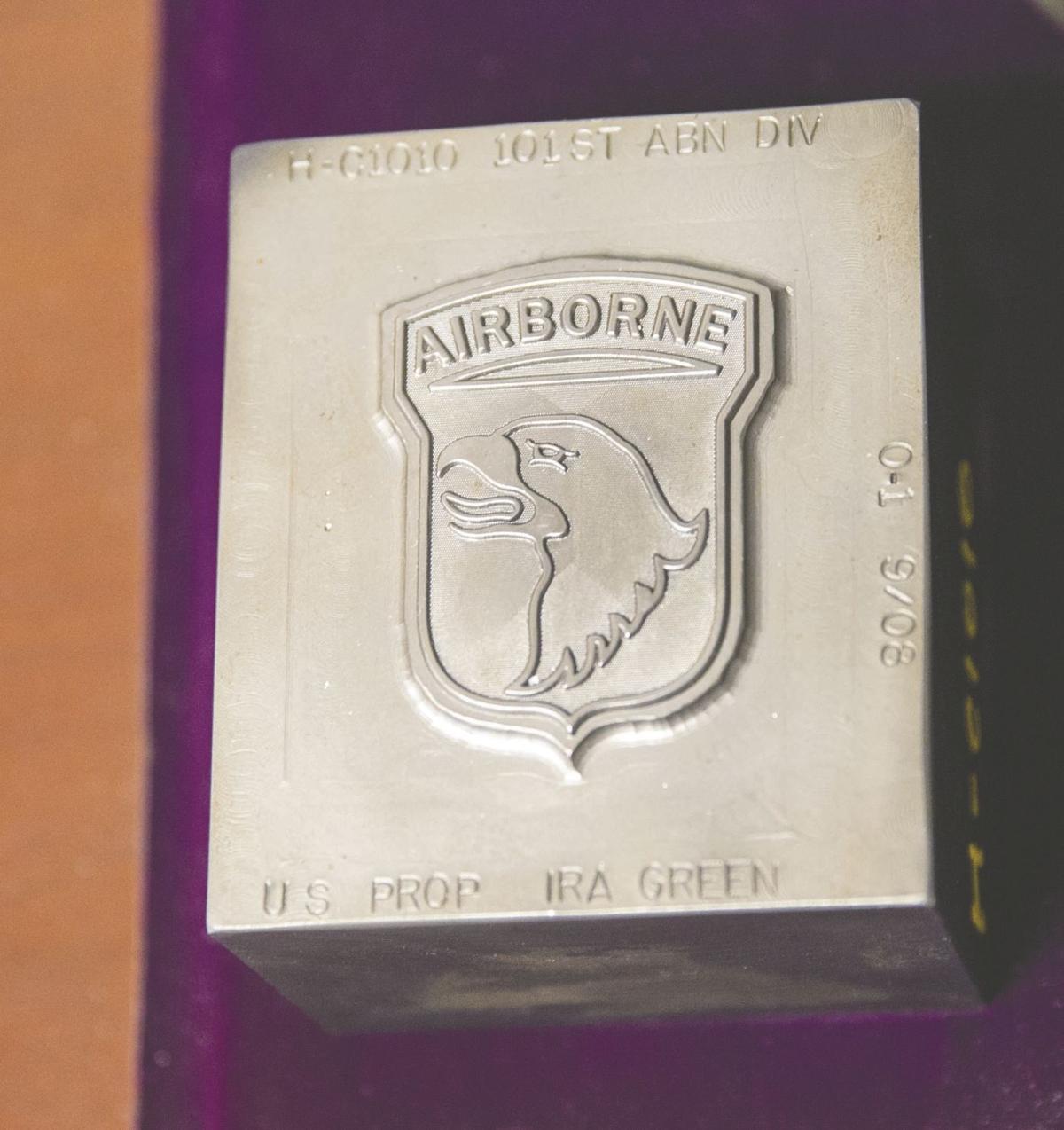 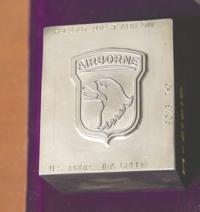 A stamp for the 101st Airborne insignia, on display in the Institute of Heritage conference room on Fort Belvoir. TIOH is the sole agency that designs, manufactures and controls all military insignia.

“How do you tell your leadership, and who’s who, in the midst of the chaos of battle? Out of that requirement, came a structured approach to using color, shapes, symbols, flags and banners and all the things you see in the modern military from this requirement,” said Mugno.

In the creation of a young republic, Mugno said, our founding fathers didn’t want to adopt anything associated with nobility, so heraldry was not adopted as a governmental function. It wasn’t until the World War I, and the U.S. Army’s first major mobilization to fight in Europe, that the need for insignia was developed. Out of that, came the U.S. Army Heraldic Program Office in 1918.

In 1957, the Secretary of the Army was directed by statute to provide heraldic services to the military departments and all branches of the federal government, giving rise to The Institute of Heraldry in 1960.

During base realignment in 2005, TIOH was moved to Fort Belvoir, where it now has a team 19. They research, design and standardize heraldry for all uses.

“When we design medals, we only work with certified manufacturers to create the dies for stamping. That ensures every medal, no matter the year, will remain exactly the same. We go to the factory and inspect its processes. We also go to the PX’s and inspect the materials at the point of sale,” Mugno said.

He said his team takes great pride in everything they do, including researching and designing heraldry for the newly-created U.S. Space Force.

“I spent 32 years in the Marine Corps, and I’ve been doing this for 15 years,” Mugno said. “I truly believe I have the best job in the Federal Government. I would not want to do anything else.”

Priyanka Chopra Jonas: Racist bullying left me unsure of who I am

Dustin Diamond in 'a lot of pain' amid cancer battle