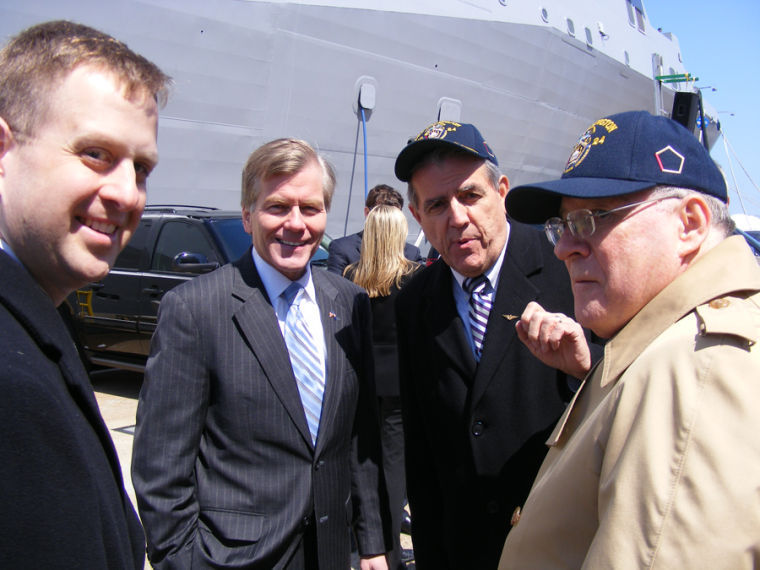 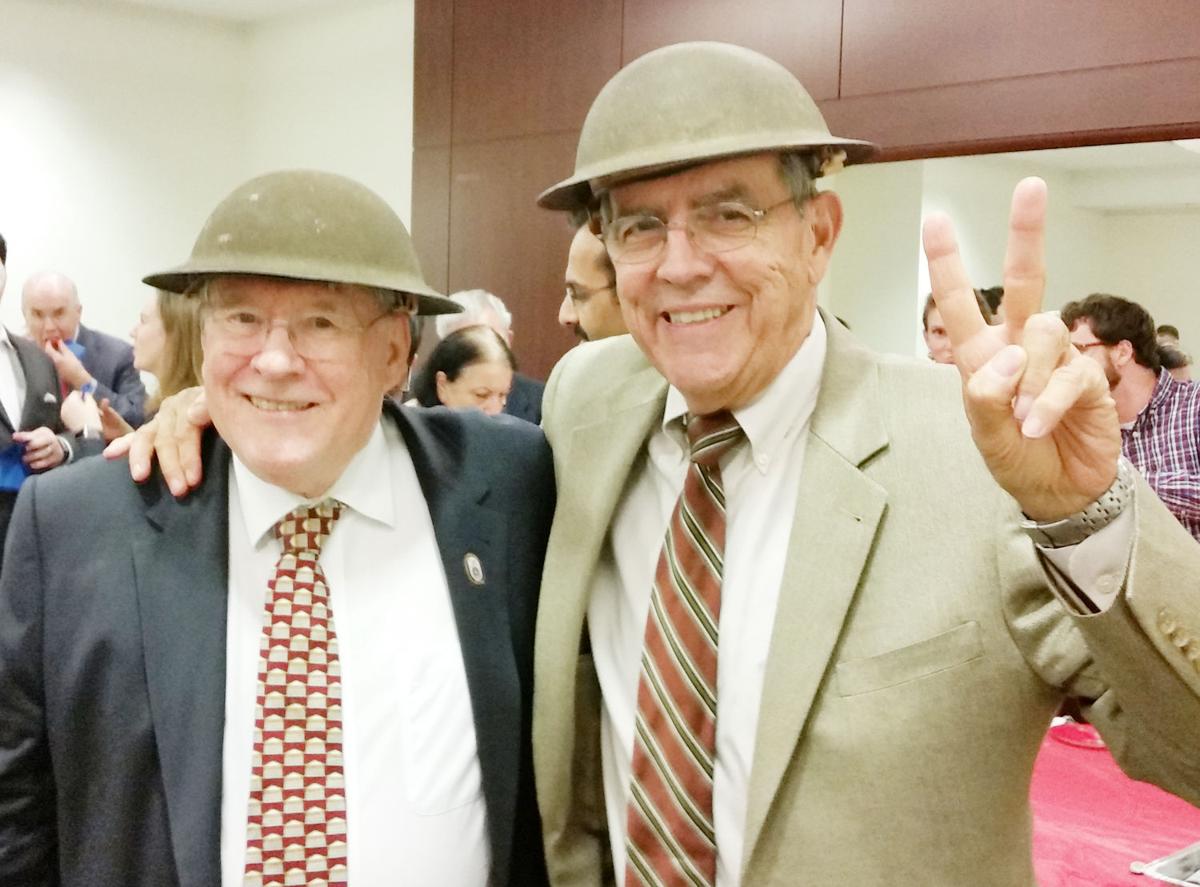 Frank O’Leary and Jim Pebley pose in World War I-era helmets at the June 28, 2018, Arlington Historical Society commemoration of the county’s participation in the war. (Photo by Peter F. Wehmann)

Frank O’Leary and Jim Pebley pose in World War I-era helmets at the June 28, 2018, Arlington Historical Society commemoration of the county’s participation in the war. (Photo by Peter F. Wehmann)

Jim Pebley, a veteran Arlington community leader for decades in Arlington prior to his retirement to North Carolina three years ago, died June 23 after an 18-month battle with cancer.

A retired U.S. Navy aviator who had lived in the Waycroft-Woodlawn community near Virginia Hospital Center, Pebley requested no memorial service owing to the COVID-19 pandemic. It is expected that his ashes will be strewn in the Atlantic from a U.S. Navy ship.

The article that follows is an amalgamation of several that ran in the Sun Gazette around the time of Pebley’s departure for North Carolina in the summer of 2017. [Titles were those held by the individuals that year.]

Pebley-palooza is reaching its climax, as Arlington civic leaders are getting their final chances to say thank-you to civic leader Jim Pebley before he and his wife head to a long-planned retirement in North Carolina.

Pebley is “a man who loves his country, loves his county, and has served both of them with great distinction,” former county Treasurer Frank O’Leary said at the June 20 County Board meeting, where Pebley was honored for more than two decades of local leadership.

Pebley’s civic engagement has run the gamut from service on the Planning Commission and Fiscal Affairs Advisory Commission to leadership roles with the USS Arlington Community Alliance and “Backyards Not Barnyards,” a group that a half-decade ago successfully fought off efforts to loosen restrictions on chicken-raising in the county.

(That particular civic episode seemed to bring out a competition between Pebley, O’Leary and John Vihstadt, who then chaired the county’s urban-agriculture task force and now sits on the County Board, to come up with the most groan-inducing, chicken-themed puns imaginable. Vihstadt on June 20 acknowledged that Pebley “ruffled some feathers from time to time” during the chicken debate, but that he made his points with good humor.)

Opting out of chicken-themed jokes, County Board Chairman Jay Fisette called Pebley “a fixture in this community” who brought with him “an incredibly positive attitude, a collaborative way.”

“Your style is in the best of Arlington traditions,” Fisette said.

Kim Klingler, who chairs the county government’s Emergency Preparedness Advisory Commission, said Pebley took her under his wing – no chicken joke intended – in her early days on the panel, helping to explain budgets and the intricacies of governance processes.

If she’s had success chairing the panel, Klingler said, “I owe all of that to Mr. Pebley.”

“When Jim speaks, people listen,” added Scott McGeary, whose own civic bona-fides go back decades. “Anything in which he’s become involved, he’s become a leader.”

Pebley never ran for office – although many tried to convince him to – but served as a consigliere to those who did.

“Jim was always there with an answer for me and all the help he could give me,” said Michael McMenamin, who made three runs for County Board under the Republican banner.

In McMenamin’s first attempt at office, when he had limited experience with the ins and outs of major issues, Pebley proved “a great help to me in making me not look like a fool,” McMenamin said with a chuckle.

Given time to provide a valedictory, Pebley noted that it was easy for him to get involved after he moved to the county when the U.S. Navy posted him to the Pentagon.

“Arlington has this huge capacity for civic participation – getting everyone the chance to speak,” he said.

But at the same time, he cautioned County Board members not to fall victim to obstructionism by a few loud voices.

“We need to think about what’s the very best for Arlington,” he said.

It was a theme Fisette echoed several days later at the annual State of the County speech, hosted by the Arlington Chamber of Commerce.

“We have to always find a balance,” he said of decision-making, and not “allow those few voices to dominate.”

“‘Arlington’ is really the Latin translation for ‘many meetings,’” he said.

As he prepares to depart the community after 29 years, it has been awards season for Pebley. Recently, he was inducted into the Civic Federation’s Order of Distinguished Meritorious Service, becoming just the 25th community leader to be so honored since the award was instituted in 1936 and the first since 2013.

“Why would you stay home and watch reality TV when you have Arlington?” he asked.

Scott forgot to mention that the saddest part of what is mentioned above is Jim and others, who expended many thousand hours attempting to make Arlington a better place to live and work, realized about a decade ago that nothing they said was making any difference in a County controlled by one political party for decades. Then there were and are the local media VIPs who go along with the program, making change difficult to impossible.

Chrissy Teigen hits out at 'targeted harassment' in Twitter Lists