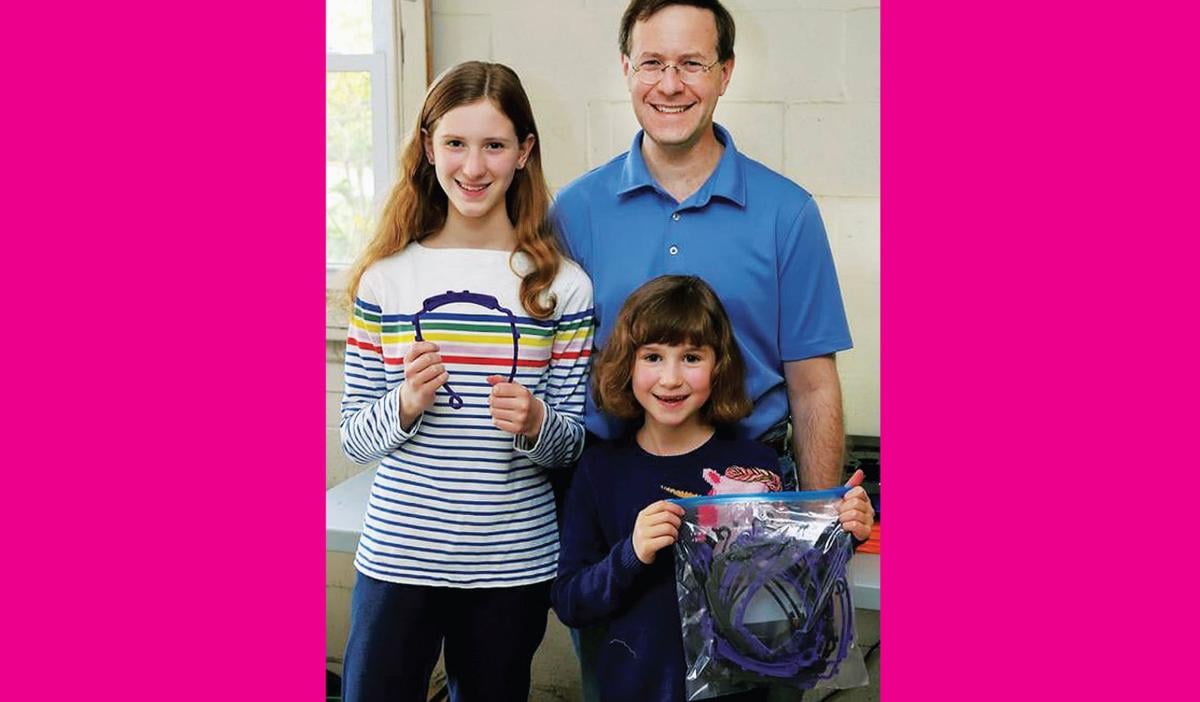 Arlington resident Jason Torchinsky, along with the help of daughters Sarah and Anna, has been using 3D printers borrowed from Green Hedges School in Vienna, to make face-shield holders for medical personnel during the COVID-19 health crisis. 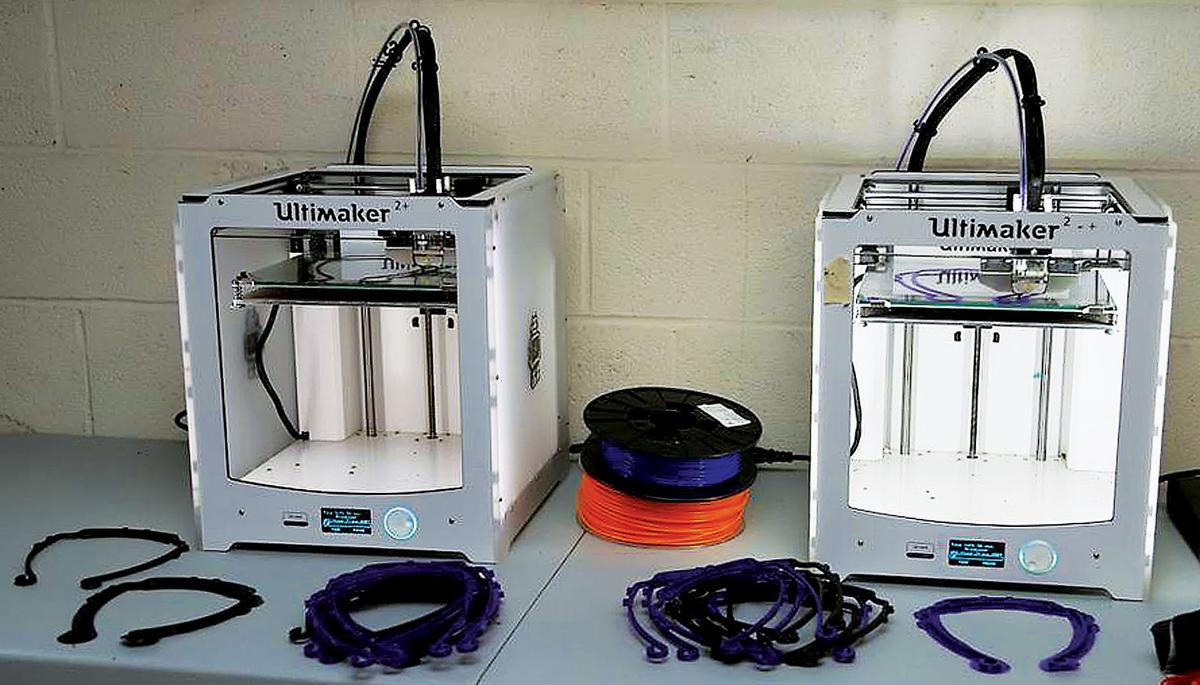 Jason Torchinsky and his daughters, Sarah and Anna, have been making face-shield holders for medical personnel using a pair of Ultimaker 3D printers borrowed from Green Hedges School in Vienna.

Arlington resident Jason Torchinsky, along with the help of daughters Sarah and Anna, has been using 3D printers borrowed from Green Hedges School in Vienna, to make face-shield holders for medical personnel during the COVID-19 health crisis.

Jason Torchinsky and his daughters, Sarah and Anna, have been making face-shield holders for medical personnel using a pair of Ultimaker 3D printers borrowed from Green Hedges School in Vienna.

Arlington resident Jason Torchinsky and his family have been pitching in during the COVID-19 crisis to manufacture parts of face shields that help protect medical personnel.

Torchinsky plunged into the effort after his wife told him about a Marymount University initiative that needed more volunteers.

He reached out to Green Hedges School in Vienna – where the couple’s 12-year-old daughter, Sarah, is a sixth-grader – about borrowing some of its 3D printers to make holders for face shields that protect medical workers’ masks.

Officials at the Vienna private school agreed and a teacher brought two of the printers over to the Torchinskys’ house.

“I’d never used a 3D printer before in my life,” said Torchinsky, a lawyer who has been working out of his basement during the public-health crisis.  “I’ve been printing almost constantly.”

Torchinsky has made more than 70 of the face-shield holders using a pair of the school’s Ultimaker 3D printers. The shields allow medical personnel to wear the cloth masks underneath much longer, provided the masks don’t get wet, he said.

Eric Bubar, an associate professor of physics at Marymount University, has been leading the initiative, which as of April 6 shipped more than 500 face shields to California, Nevada, Florida, Pennsylvania and New York, as well as the local area.

Bubar did not identify organizations receiving the gear, saying most of them have requested anonymity, but said the equipment had been sent to hospitals, elder-care facilities, hospice facilities, general-practice physicians and people serving the District of Columbia’s jail population.

“We keep diverting lots up to New York City and are working to get a backlog of shields for this area, anticipating a bump in cases coming in the next week or two,” he said.

Bubar has been securing the clear plastic needed for the face shields. Others involved in the volunteer effort have been connecting those clear-plastic pieces with holders Torchinsky and others have been making, then shipping the assembled units to medical facilities.

Figuring the operation would need many more printers than one person could operate, Bubar contacted Matthew Cupples, a technology instructor in Arlington Public Schools with whom he previously had collaborated on 3D printing. Cupples mobilized many volunteers to perform the work.

Bubar, whose research lab 3D-prints prosthetic hands and arms for children and adults who need them, hopes volunteers soon will be able to produce 1,000 face shields per week.

“I think this project is special because it’s using technology to make really simple tools to help people that are literally saving lives,” he said.

To make the face-shield holders, Torchinsky puts a roll of plastic in the back of the printer, which feeds it through a heated nozzle and builds the objects on a glass plate. The plate moves downward as the nozzle keeps adding layers of plastic, he said.

The machine crafts the shield holders using data from a computer-aided-design file obtained from open-source providers. Holders made from the initial design Torchinsky worked from needed to be tied in back, but ones using the newer design are longer and go around the user’s head, obviating the need for an extra piece of cloth, he said.

“You just pop it on your head and it stays,” he said.

The older face-shield-holder design was larger and each took between five and six hours to print. Smaller ones made from the newer design pop out of the machine in just 40 minutes, Torchinsky said.

“It makes a significant difference in terms of the volume you can make, using a different-styled headband,” he said last week. “I turned out 19 of the old style in a week. I think [Bubar] changed the design about 48 hours ago and I’ve pumped out almost 50.”

Sarah Torchinsky and her sister, Anna, a second-grader at a different school, snap off the face-shield holders from plastic bases formed by the printer and sometimes sand down rough edges. The Torchinskys lately have been leaving the finished products at the drop box at Marymount University, located just a few blocks away, while walking their dog in the morning.

Bubar’s workers wait two to three days before shipping the face shields to medical facilities, in case the virus somehow has come in contact with the items.

Torchinsky said he’ll continue making face-shield holders until he runs out of plastic.

“I bought more from Amazon and it got delivered this week,” he said, adding that he gets satisfaction from contributing toward the public-health effort.

“There’s only so many things you can do from your basement, when you’re not a medical professional, to help,” he said. “This is a relatively easy one.”

Zooey Deschanel: I bonded with Jonathan Scott over activism