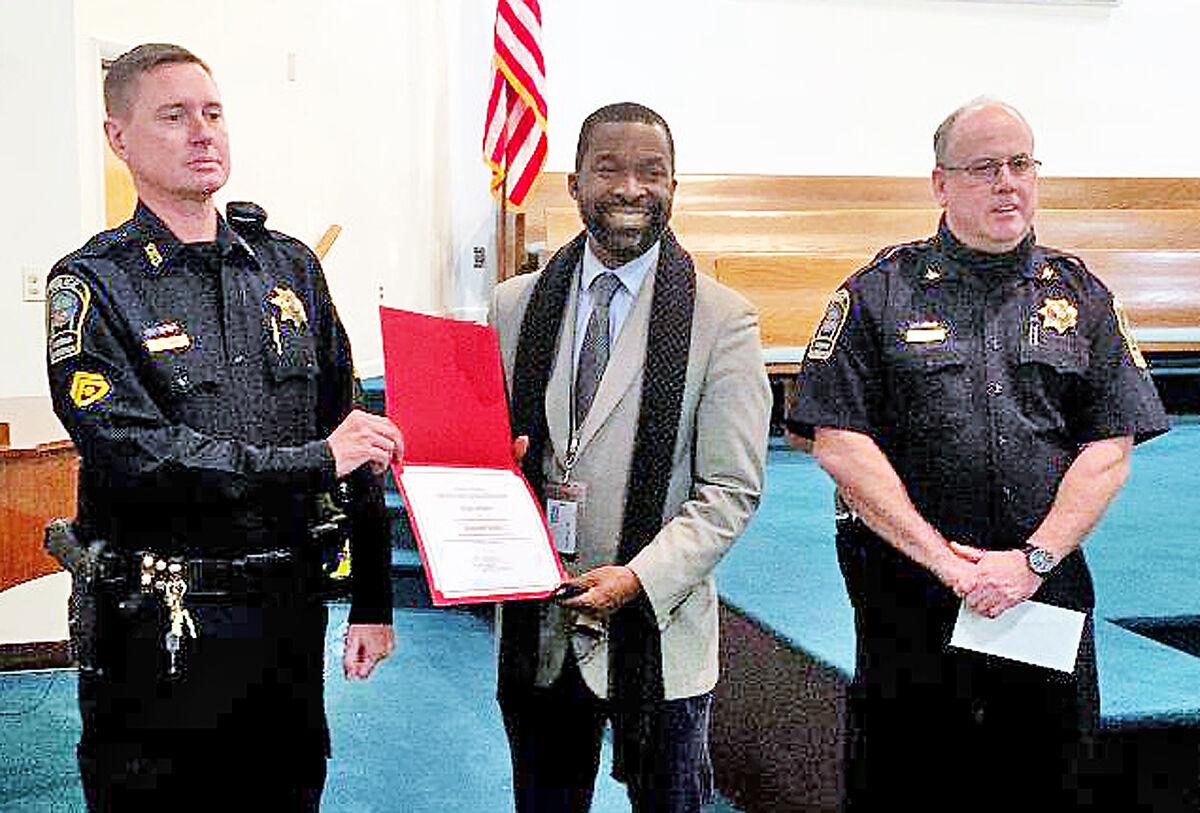 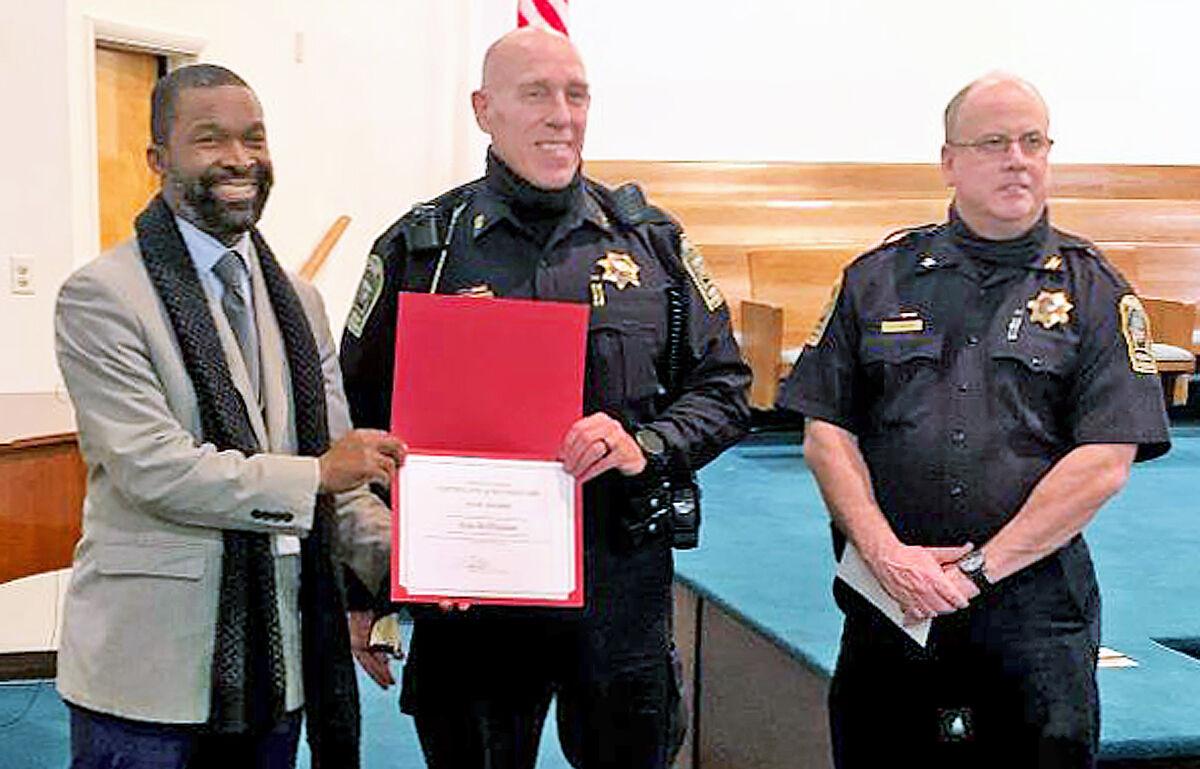 The Vienna Police Department on Feb. 17 honored two officers who helped save the life of a motorist who had a heart attack following an accident.

While Master Police Officer Kenny Smith and Officer Dale “Chip” McElhattan were discussing the accident with the male driver, he collapsed onto the pavement in cardiac arrest and was not breathing.

Smith and McElhattan jumped into action, rendered cardiopulmonary resuscitation and re-established the man’s pulse and breathing.

Shortly afterward, the driver stopped breathing again and officers again administered CPR until Emergency Medical Services personnel arrived on the scene and took over the life-saving care. Rescue personnel transported the man to an area hospital, where he was cared for and stabilized, police said.

The department also has nominated Smith and McElhattan for a Greater Reston Chamber of Commerce Valor Award, which recognizes public-safety employees’ actions beyond the call of duty.

The chamber this year is taking over the long-running awards program from its former sponsor, the Northern Virginia Chamber of Commerce.

Shakira is 'never entirely satisfied' with her own songs

Jerry Seinfeld to direct and star in Unfrosted