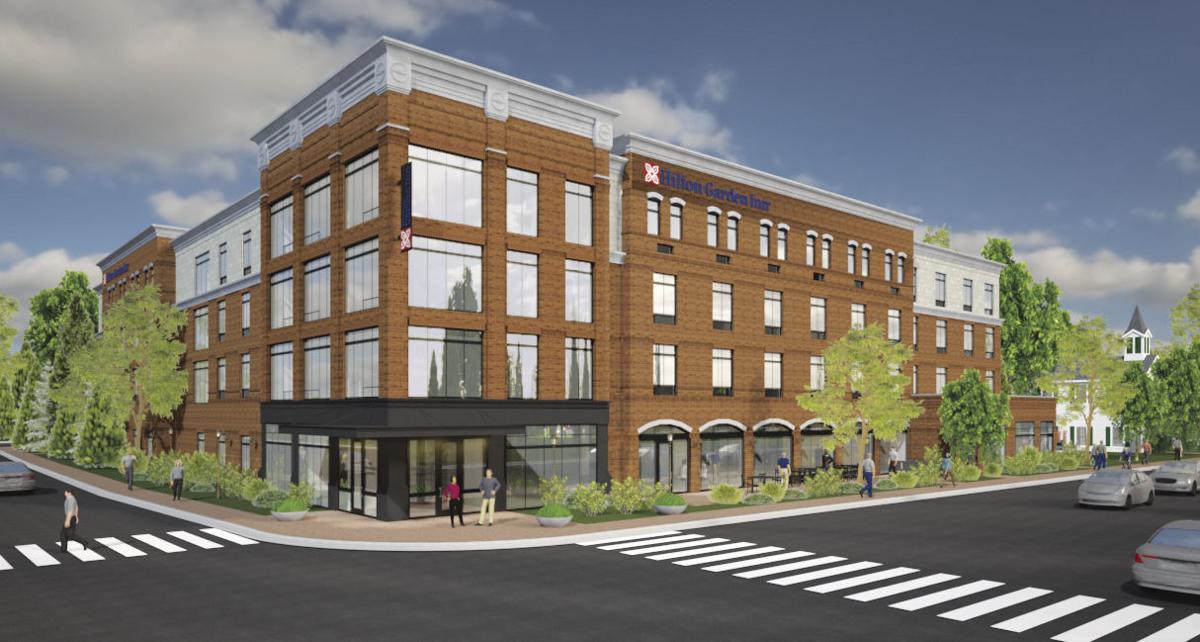 Haymarket could have a hotel with the planned Hilton Garden Inn.

The town hall in Haymarket recently got a fresh coat of paint. Other work around the site will include a courtyard and sidewalks.

The town hall in Haymarket has a new look, and the community could soon see its only hotel.

After realizing renovations at Haymarket’s town hall would cost more than $1 million, the town council decided to instead complete renovations on the town hall’s exterior for $150,000, said Mayor David Leake.

Outdoor renovations, which include replacing the roof, siding and gutters and repainting the building, are nearly finished, he said. “It looks like a brand new building at a fraction of the cost.”

Officials also have moved the town’s police department to the town hall.

Other improvements around the site include a new turn lane from Jefferson Street onto Washington Street, which is expected to take about six months to complete, Leake said. After the Virginia Department of Transportation completes the project, the town plans to add a courtyard, sidewalks and parking, Leake said.

Across from town hall, Haymarket Hotel Venture LLC plans to build a Hilton Garden Inn at the intersection of Washington and Jefferson streets. The hotel is expected to be 74,888 square feet on 2.3 acres of land and will have 129 parking spaces.

“The Hilton Garden Inn will be focused on not only bringing people to Haymarket to learn about and enjoy its tremendous historical heritage, but in bringing the town’s people together on a daily basis through its food and beverage offerings, special events, meeting space and career opportunities,” according to information the venture provided to the Architectural Review Board last month.

Earlier this year, six buildings were demolished on the site where the hotel will be built. On Aug. 5, the council reversed the town’s Architectural Review Board decision and allowed the property’s owner to demolish a house at 6706 Jefferson St., which has a wrap-around porch.

The hotel will pay transient occupancy tax to the town.  “This new income will be game-changing,” Leake said, adding that the town potentially could decrease local taxes for residents and businesses.

Haymarket Hotel Venture currently is pursuing town permits to build the hotel, Leake said, adding construction could take about 14-months, so it could open in 2021.

“This is definitely providing a need and it promotes walkability,” Leake said.

In this line of work, you have to be curious about almost everything around you — people, places and things.