Restaurants in downtown Manassas will get a new chance to participate in the city’s popular outdoor events.

Beginning with the Historic Manassas’ First Friday event Sept. 6, restaurants will be allowed to sell alcohol in plastic cups that customers can drink outside, as long as they stay within the designated downtown area.

“I’m pleased to announce that we have received the special event licenses,” said Debbie Haight, the nonprofit’s executive director.

Historic Manassas received the permits from the Virginia Department of Alcoholic Beverage Control for up to a dozen events each year where customers can walk freely in the designated downtown area with their alcoholic beverages. The beverages must be purchased from a downtown restaurant and have the restaurant logo on the cup.

While the nonprofit has not yet finalized which 12 events will feature outside drinking, they have decided on a few, including Celebrate America on July Fourth, the Greater Manassas St. Patrick’s Day Parade, the Fall Jubilee and several First Friday events, Haight said.

The nonprofit worked with city officials to determine the boundaries of where customers can walk freely with their alcoholic beverages. 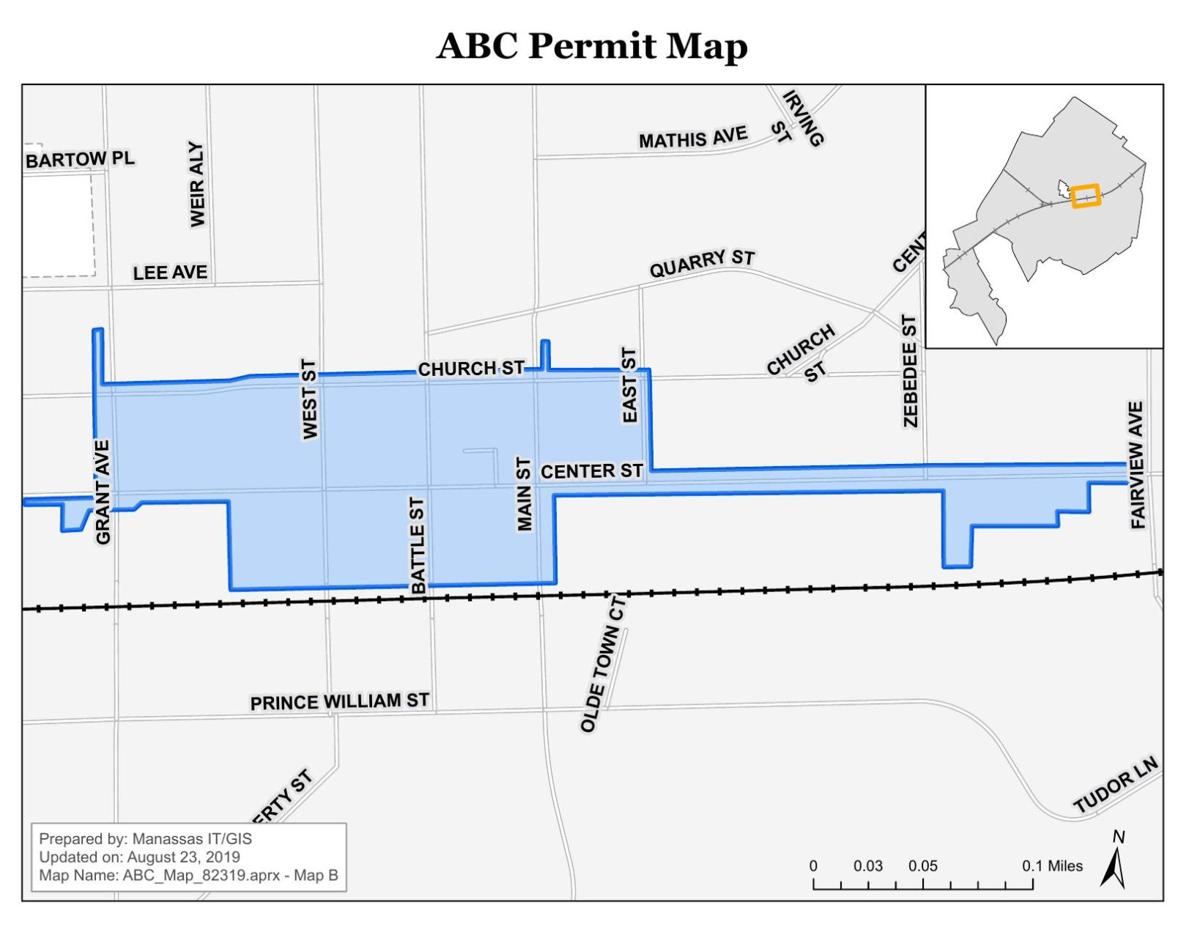 Signs will be placed throughout the event to inform customers of the boundaries of where alcohol will be allowed.

Haight previously told InsideNoVa the goal of obtaining the license is to attract more visitors to walk around downtown Manassas during special events.

So what will they do when the environmental activists succeed in banning plastic cups the same way they did with plastic straws? Switch to return deposit shot glasses?

People will just snitch them.

That proposed boundary looks rather close to the railroad track too.

If a person that was just a tiny bit wobbly didn't hear the ding ding ding when they lowered the crossing guards for a train the blast of the engines air horns could make a big mess out of whatever the celebrations that day were about.

You want to drink? Sit down at a cafe or restaurant's table or go home and do your thing there.

Public drinking is not going to do Manassas any favors nor will it attract families with children that care about what, where, when and how their children learn. It doesn't take a genius to understand that Manassas officials are serving themselves a whole lot more than the prospective visitors that they claim to satisfy with this political stunt.

This is the best news I've read in years! People are friendlier after a few drinks and this new rule will result in folks engaging in more conversations at these festivals, instead of just trying to avoid eye contact, as they tour the historic downtown area. This is a great idea for the City of Manassas.

My closer friends and personal experiences with just having a few drinks and engaging conversations occurred across many years and circling the globe several times. With very few exceptions the afterwards results were always the same. Man I cannot believe how much my head hurts! And judging from whatever in the world that is beside me my vision last night was terribly blurred!

Folks way back when had a different take about how well or not mixing things work. When you lay down with the dogs you will get up with fleas. To elucidate further a few drinks and friendly conversations seldom produce positive and lasting results. But almost always there will be a lot of next day second guessing regrets even if they are just a lot of persistent itching and scratching that takes forever to go away.

Tiffany Haddish: The 'word of God' is the 'best gift'