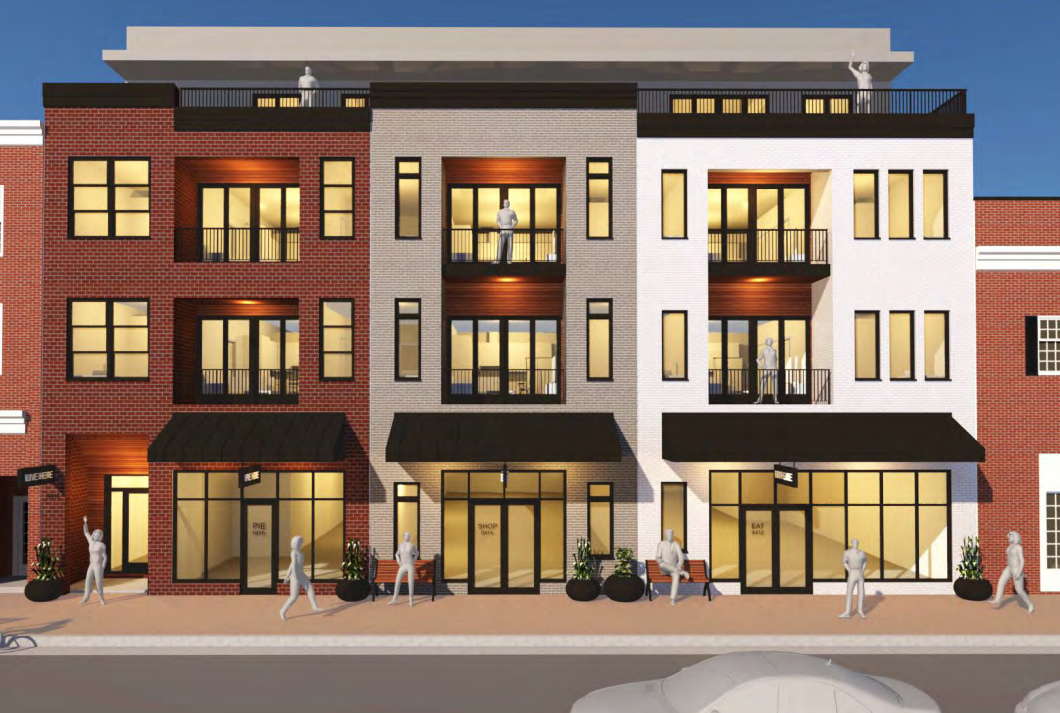 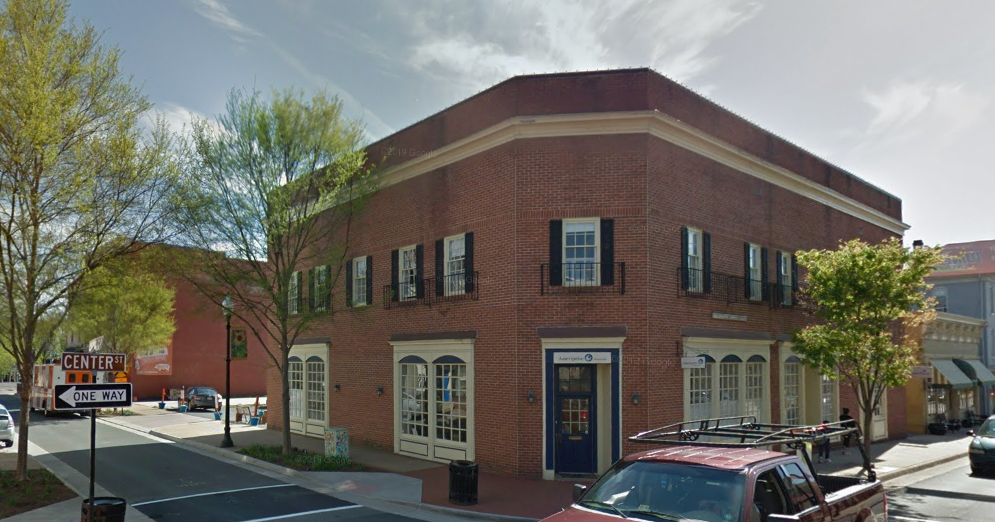 An existing street view of the property, with the planned expansion to the left of the building at the corner of Battle and Center streets. 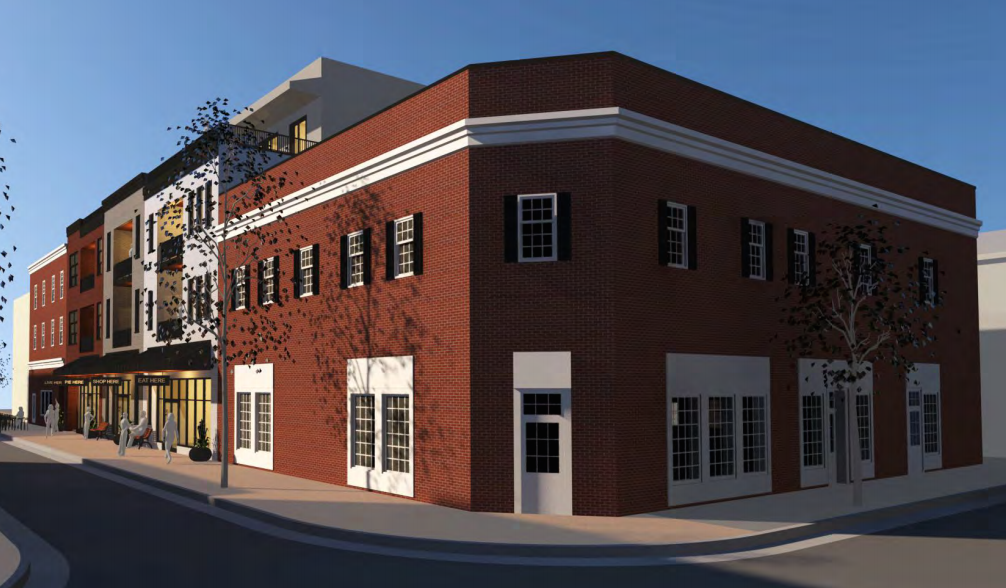 What the street view would look like at Battle and Center streets.

A mixed-use development has been proposed for a parking lot in downtown Manassas.

The pitch comes as the Manassas City Council adopted a new comprehensive plan Monday that shapes a vision for redevelopment in Old Town Manassas.

The proposed project would construct a four-story addition at the Ameriprise Financial building facing Battle Street, replacing the parking lot with commercial space on the ground floor and 17 apartments above. Allowed under current zoning, the plan will not need approval from the City Council, but had to be cleared by the city’s Architectural Review Board because of its location.

The addition will be built atop what is now a parking lot. Previously, the lot had been the site of New Method Cleaners, which was demolished. According to city property records, the lot and the Ameriprise Financial building, at 9117 Center St., are owned by a local pulmonologist, Mohammed H. Azim. He could not be reached for comment. The Center Street building was most recently assessed at a value of $1.2 million.

Manassas Community Development Director Liz Via-Gossman said the development will incorporate a number of ideas prioritized in the city’s new comprehensive plan, adopted by a unanimous vote in the City Council Monday night.

The plan tries to strike a balance between increased infill development and housing capacity in the Old Town area, while still preserving the neighborhood’s historic character, she said.

To that end, it calls for the increased use of stepbacks on buildings reaching the maximum by-right height of 55 feet. Designed by local architecture firm Loveless Porter, the building’s fourth floor would be stepped back from the street, Via-Gossman said.

“It’s a design that we’re recommending in the comp plan,” she said. “The architect is local; he’s right here in the historic overlay district, and so we were taking a look at how to minimize the appearance of height, and it’s something he started right away looking at.”

Two years in the making, the new comprehensive plan specifies a number of “Opportunity Areas,” including two in Old Town, where planners saw potential for increased development and density within walking distance of the commuter train station.

Recent development, specifically the construction of the 5½-story Messenger Building (built using a relatively new zoning designation allowing buildings as high as 65 feet), has drawn the ire of some locals.

A citizen advocacy group called Preserve Historic Manassas has called for capping Old Town buildings at three stories out of concerns for sunlight and the area’s historic aesthetic. But planners and city officials say the city should be adding housing near the train station, which  would allow residents commuting to jobs elsewhere in the region to do so without a car.

“This is a long process. The document before us is not anyone’s perfect document,” said Councilman Mark Wolfe, the chair of the Land Use Committee, at Monday night’s meeting. “But I do think it is an excellent summation of the inputs of the community, tempered by thoughts from our staff and the planning commission.”

Matt Arcieri, the city’s planning and zoning manager, said in an interview that the plan is the result of years of public outreach.

“Most important is the outreach efforts we’ve undertaken to make sure we were getting as much input as possible,” he said. “…There are things that the Planning Commission felt were a reasonable balance between the need to do some additional redevelopment in the downtown area and preserving and protecting historic structures and the history of the downtown area.”

The plan also focuses heavily on the Mathis Avenue area, which planners say is primed to move from strip-mall style development to a mix of residential and commercial uses.

“The existing commercial character of the Mathis core — aging shopping centers, assorted commercial buildings and car lots — provides redevelopment opportunities for creating a critical mass of residential and commercial uses that can strengthen the city’s historic downtown,” the plan reads.

Manassas Mall has been sold for $41 million to Miami-based Lionheart Capital, according to a report in the Washington Business Journal.

Nice design except for one thing... if you want it to fit in you gotta slap some bricks on it.

Spoilt for choice: Kendall Jenner has 'so many men after her'