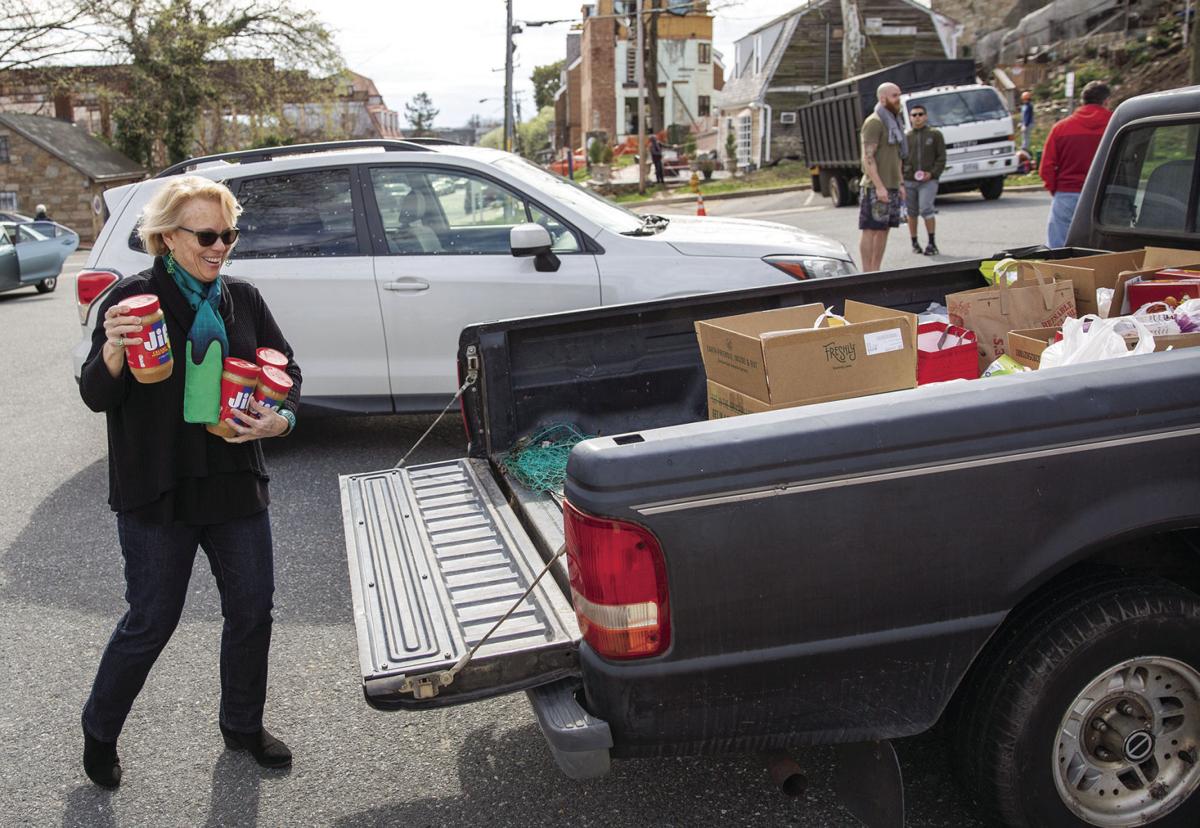 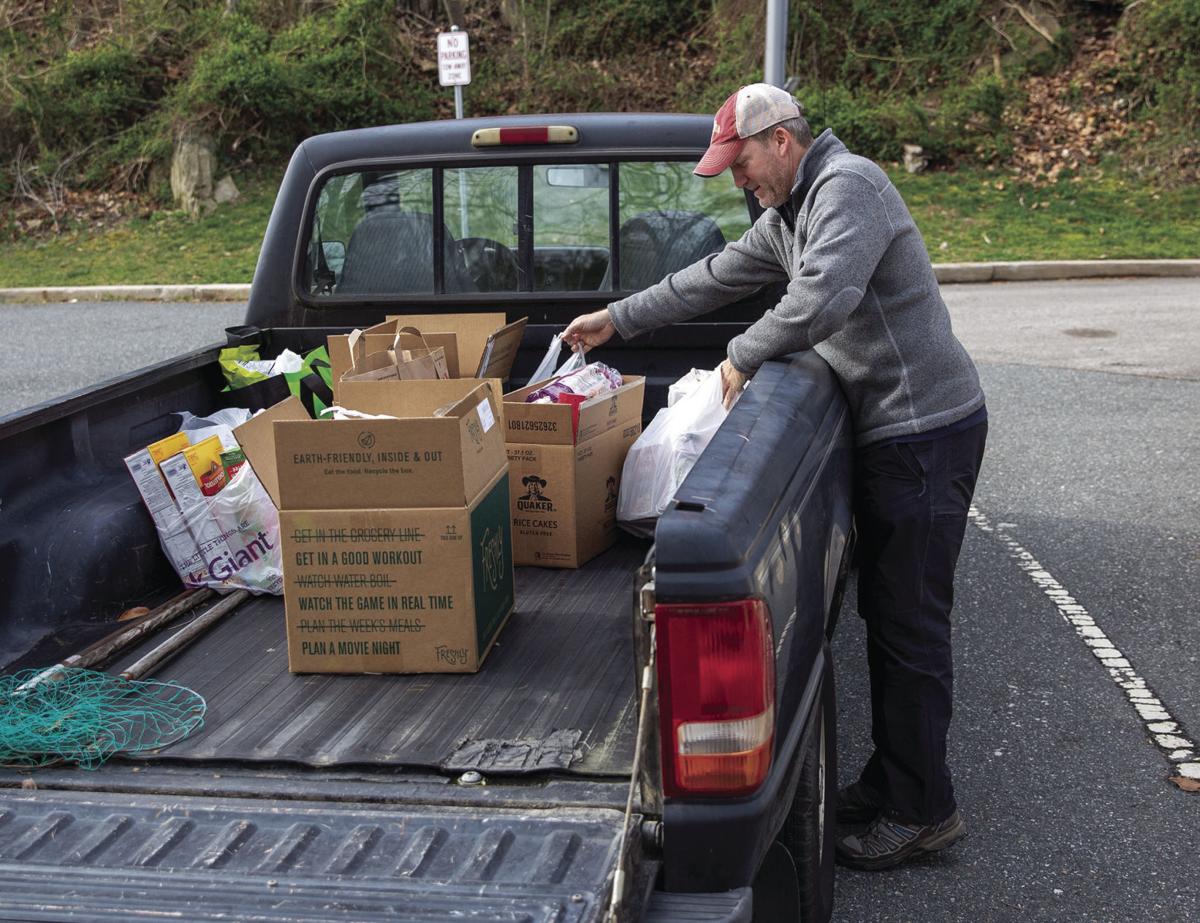 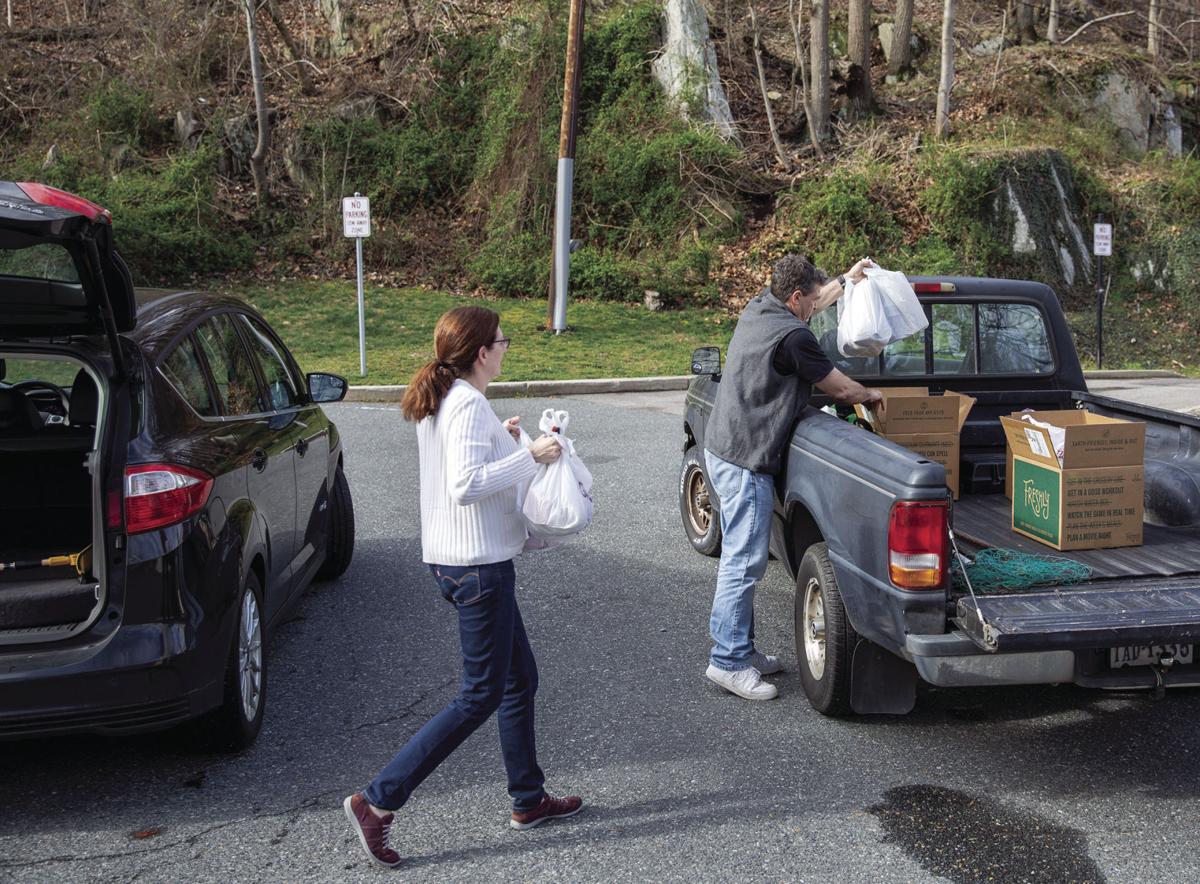 “We don’t know what’s going to happen over the next couple weeks,” said Porta, who is a board member of Action in Community Through Service (ACTS). “If we’re going to have less or more contact with people, so I thought it was a good idea to have a food drive in Occoquan sooner rather than later.”

Word went out through the town and local associations and volunteers dropped by the entrance to River Mill Park to drop off needed items.

Good News Community Kitchen in Occoquan told Porta that they assemble “Meals 2 Go” for students home now after schools closed to meet the social distancing requests from the state. He said the Kitchen was running low on peanut butter, jelly, saltines, flavored oatmeal, vegetable soup and canned pasta. All other donations, such as breakfast cereals and canned vegetables were donated to ACTS. Porta said since this drive was conducted without much advance notice, he is considering additional drives in the weeks ahead.

“I think with time, as people are more aware we’re doing it on a regular basis, we’ll see if that’s helpful.”

Occoquan resident Joan Cantor was one of many who dropped off food, and said she didn’t hesitate to help, “because we stick together in hard times.”

For more, visit ACTS at and The Good News Community Kitchen.

There are now 254 coronavirus cases in Virginia, up from 219 cases reported Sunday.