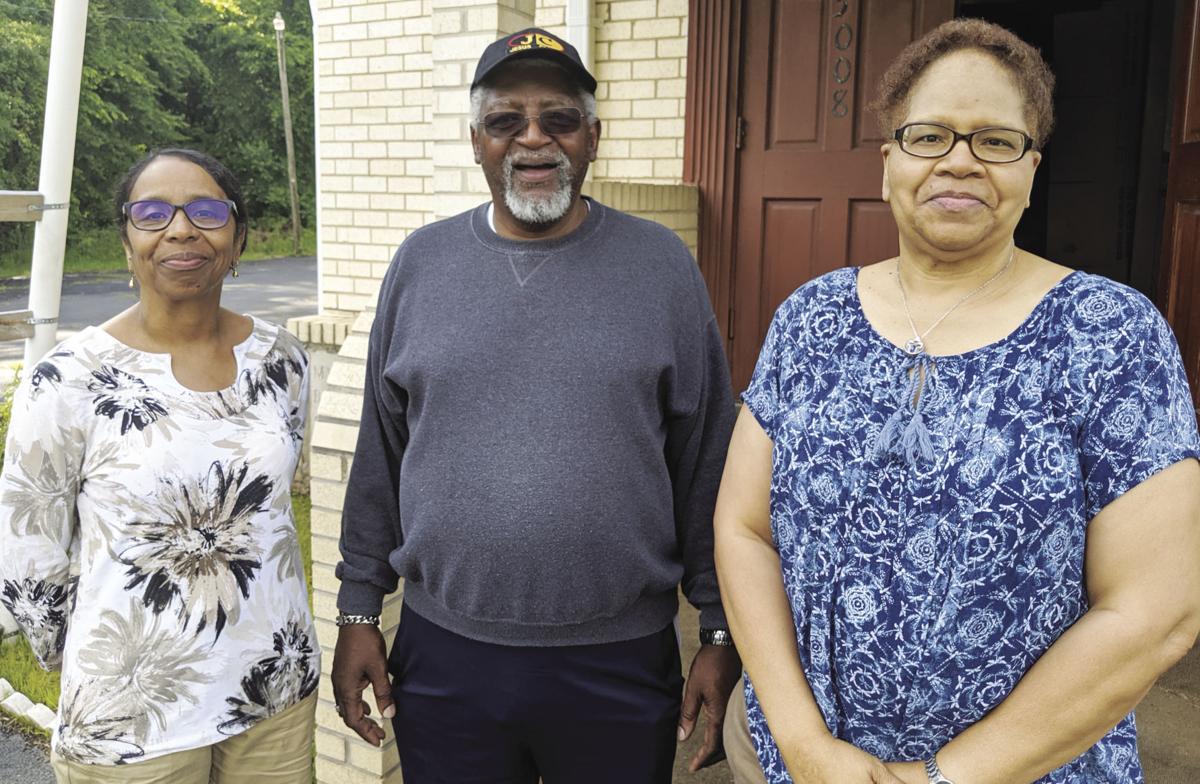 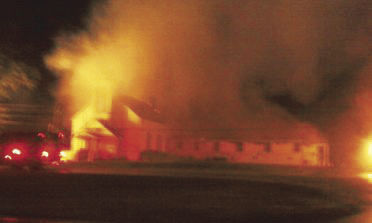 Showing the deep roots of the community, the cemetery behind Mount Pleasant Baptist Church is important to the Carver Road community. Some gravestones go back to the 1800s. 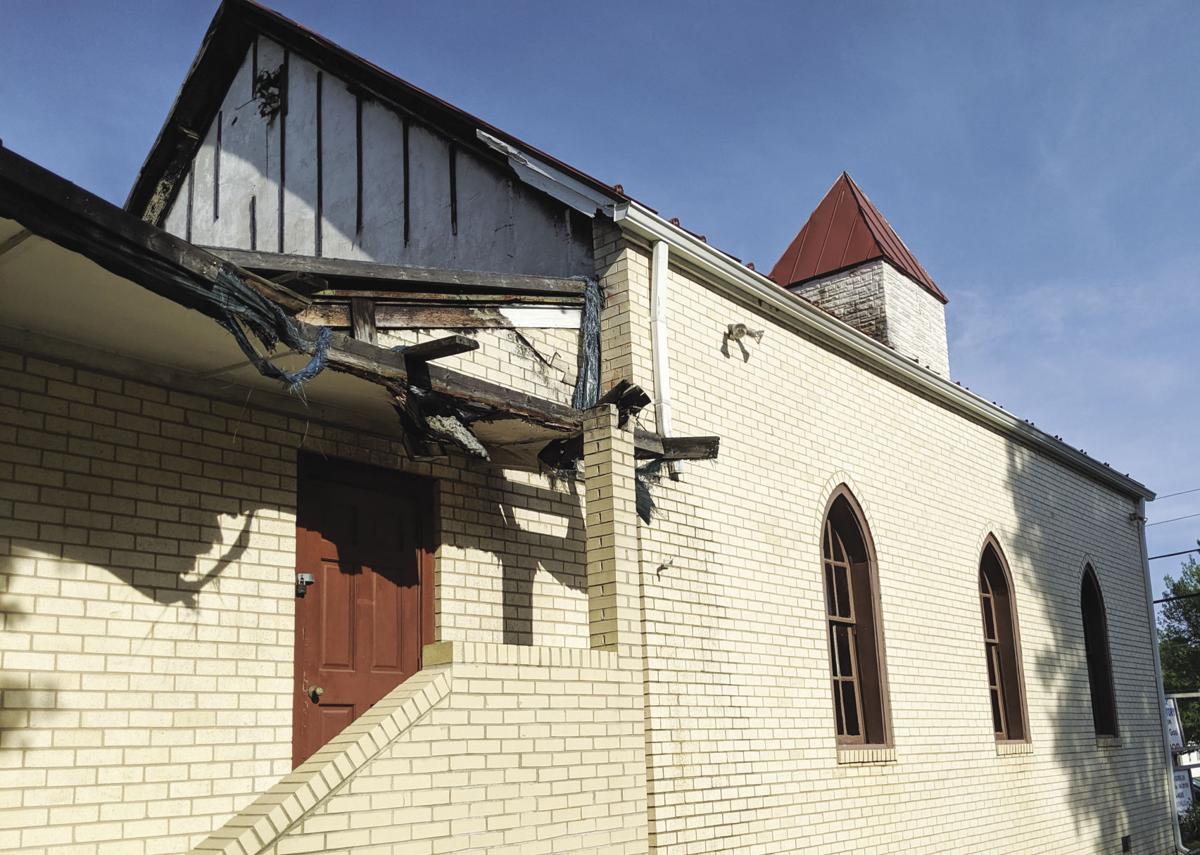 Damage from the 2012 fire can still be seen in the roof and the side of Mount Pleasant Baptist Church in Gainesville in this 2019 file photo. 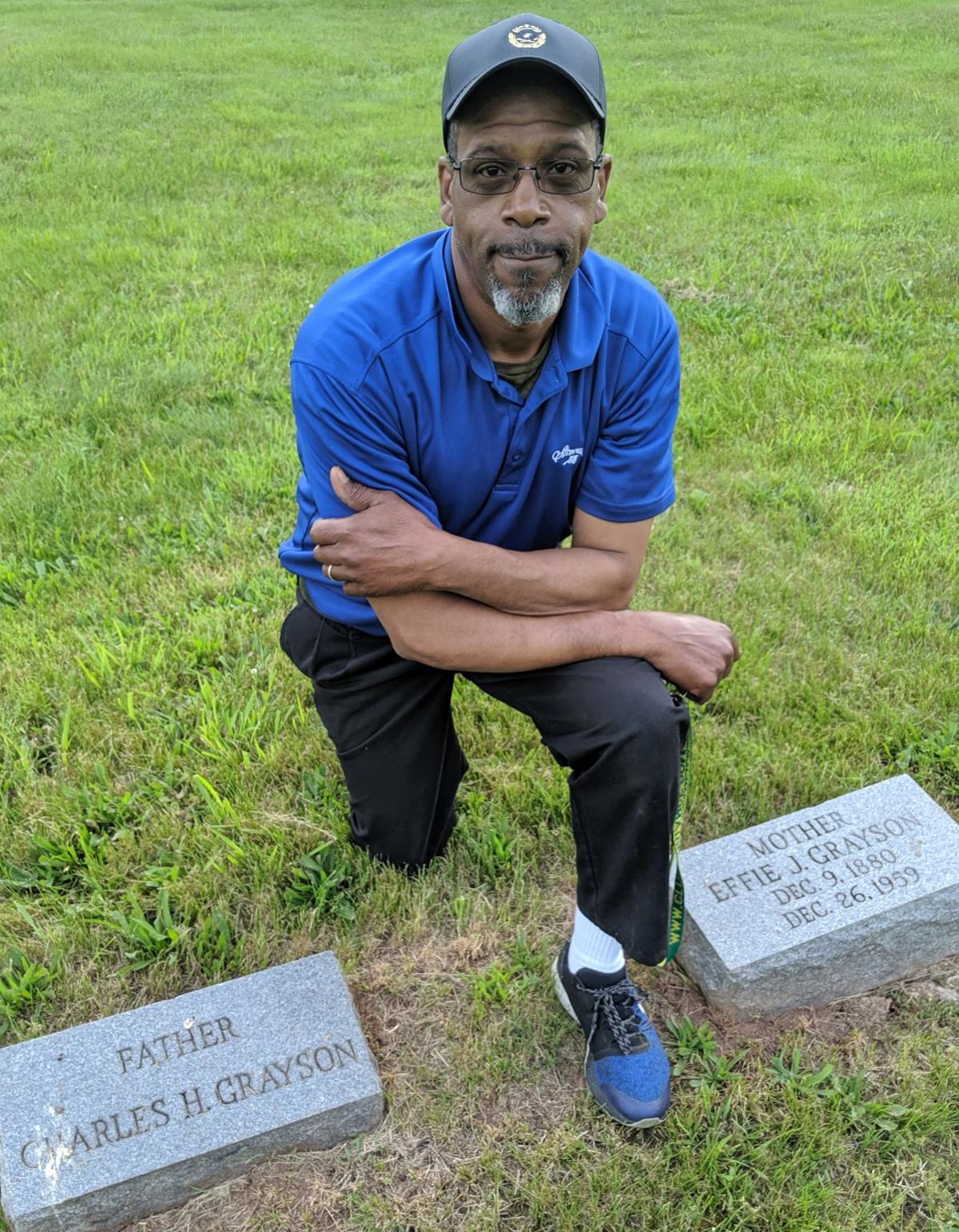 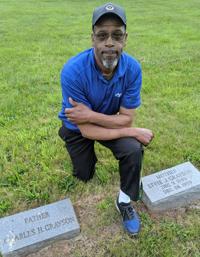 Nathan Grayson, fifth generation to live on Carver Road and co-chair of the Alliance to Save Carver Road, squats in the cemetery behind the Mount Pleasant Baptist Church, next to his parents, Charles and Effie Grayson, who are buried there among several generations.

Gainesville residents Nathan Grayson and his sister, Yolanda Grayson King, can trace their family lineage back five generations in the Carver Road area.

After the Civil War, African-Americans bought land along Carver Road, Old Carolina Road and U.S. Route 29 in an area that the community referred to as “the settlement,” according to Th e Settlement Oral History Project conducted for the Prince William County Historical Commission in August 2018.

A proposal in 2017 to send new power lines through the Carver Road community led residents to form the Alliance to Save Carver Road and protest the plan. That fight was won, and the community is now determined to preserve and protect its history, said Joyce Hudson, co-chair of the alliance.

Nathan Grayson, also an alliance cochair, said one of the community’s next goals is to make sure the county doesn’t widen Carver Road or other roads in the community that could dwindle the settlement even further.

On June 5, the county’s planning department will release a draft of the small area plan for the U.S. 29 corridor, including Carver Road. The planning commission will hold a work session and public meeting on June 19, and the commission plans to host a public hearing in late July, said Planning Director Rebecca Horner.

Also in July, the Prince William Board of County Supervisors will vote on a proposal by Supervisor Jeanine Lawson, R-Brentsville, to allocate $55,000 to the Carver Road community to collect more oral histories, conduct research and apply for a historic site or district designation.

“We have the opportunity now to showcase this historic African-American settlement in Prince William County and preserve the rich history for future generations,” Lawson said.

On a recent sunny weekday, Nathan Grayson overlooked the cemetery behind Mount Pleasant Baptist Church on U.S. 29. A groundhog stood on its hind legs to watch a deer gallop by on the edge of the property.

Grayson started cutting the grass at the cemetery this year, and he’s especially careful not to disturb the gravestones. Grayson’s parents, uncles, brother and ancestors are among the roughly 150 people buried here.

Growing up, he remembers the community being close-knit: Kids played football outside and attended school and church together. While he heard the area referred to as “the settlement” by older community members, he didn’t know the community traced its origins to formerly enslaved people who bought land to establish a new way of life. It wasn’t until he was an adult that he began learning about the settlement’s origins.

Grayson’s ancestor, Lavinia Blackburn, was born into slavery. She lived from 1863 until 1917, and saved $14 to buy land in the settlement, Nathan Grayson said.

In 1872, Sally Grayson, another ancestor, bought property on Old Carolina Road for $100, according to the oral history project.

Some of the last names of families who settled in the area included Berry, Grayson, Johnson, Lucas, McPherson, Moore, Perry, Peterson, Thomas, Tyler and Watson, according to the history project. John Perry’s gravestone is among the oldest in the cemetery. He was born in 1836 and died in 1896, according to his gravestone.

Deacon Henry Peterson, chair of the trustee ministry, said his father was also a deacon with the church.

In 1877, several members of the settlement began organizing a church in Sally Grayson’s home. Like her great-grandfather, Yolanda Grayson King is a trustee for the Mount Pleasant Baptist Church.

“My aunt Dolly is 90-something. I spoke with her to get the family history. I was amazed at some of the things she told me,” King said. “All of our family members are buried here, it’s a real tribute.”

King said she shows her grandchildren that this community is their foundation.

“So many people leave; this is the original home,” King said. “They worked hard to keep the church.”

Mount Pleasant Baptist Church was forced to close the building after a fire in August 2012 that damaged the oldest section of the building, last rebuilt in 1928. The church was first organized in 1877, moved in 1882 and rebuilt in 1889 after a previous fire.

Maurice Thompson Michaely of Haymarket was convicted of felony arson, among other charges related to the 2012 fire, according to the Prince William County Fire and Rescue Department.

Janet Robinson, vice-chair of the trustee ministry, said she has two Bibles that survived the fire, given to her by the firefighters.

“When we return, we’ll probably put them in a display case.”

Robinson’s great-grandfather was a deacon with Mount Pleasant Baptist Church.

She can trace her family back four generations in the Carver Road community.

“It’s my family church,” Robinson said. “I want to help keep it going for people who come after us. I admire all the previous generations. They washed people’s clothes, didn’t have the best jobs or opportunities, but they were able to keep the church going and to keep the community going. They didn’t even have the law to protect them, so they got a sense of pride from being able to own their land.”

Since the 2012 fire, the church has raised more than $300,000 toward its goal of $1.2 million to rebuild, including fixing the roof and making other improvements, Robinson said. The church paid for water and sewer improvements last year.

“We have a commitment to the community to rebuild,” Robinson said. “We are majority African-American, but the whole community is not [just] African American and they support us.”

The Mount Pleasant Baptist Church congregation, which has 126 members, has been meeting at the Northern Virginia Baptist Center in Gainesville, Robinson said, and holds annual “Homecoming” services so families who have moved away can return.

“We haven’t stopped,” Robinson added. “We are still serving the community. That’s what a house of worship does — help the needy, underprivileged and underserved.”

An effort to derail Prince William County’s small area development plans along U.S. 29 fell short at the Board of County Supervisors meeting T…

Dominion Energy may be pulling back from its plans to build a new power line along a controversial route near Carver Road in Gainesville, but …

Fourth Jumanji film is '100 per cent' in discussions