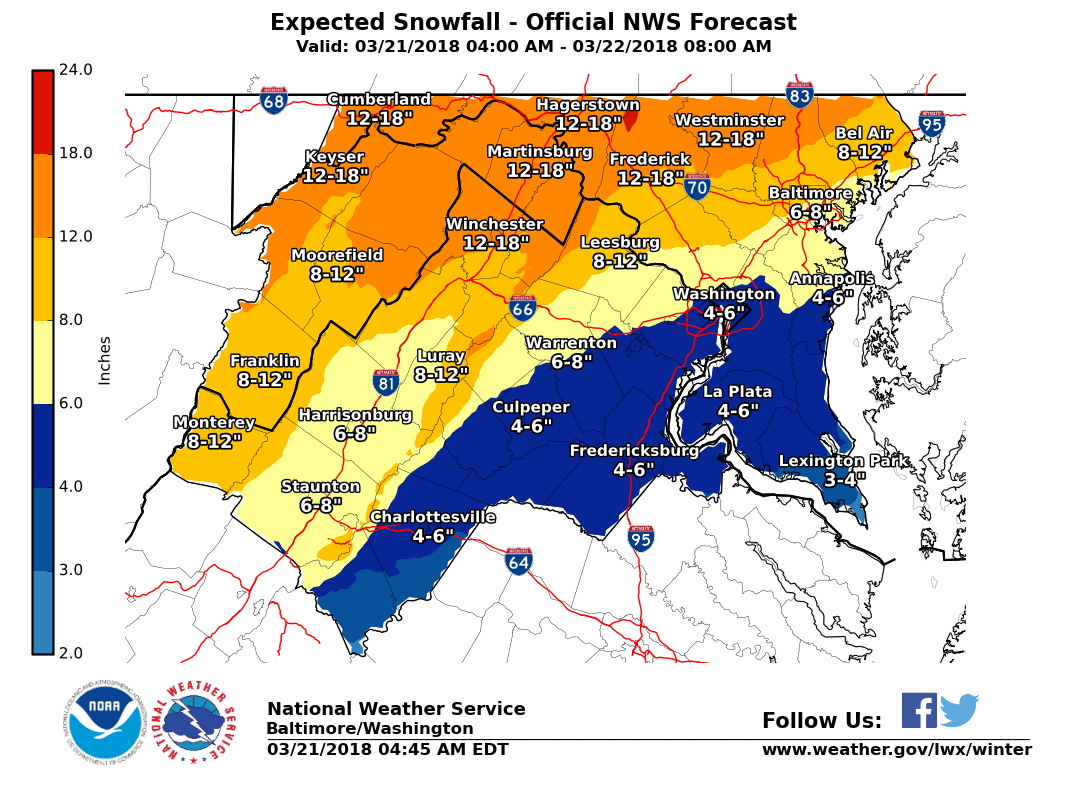 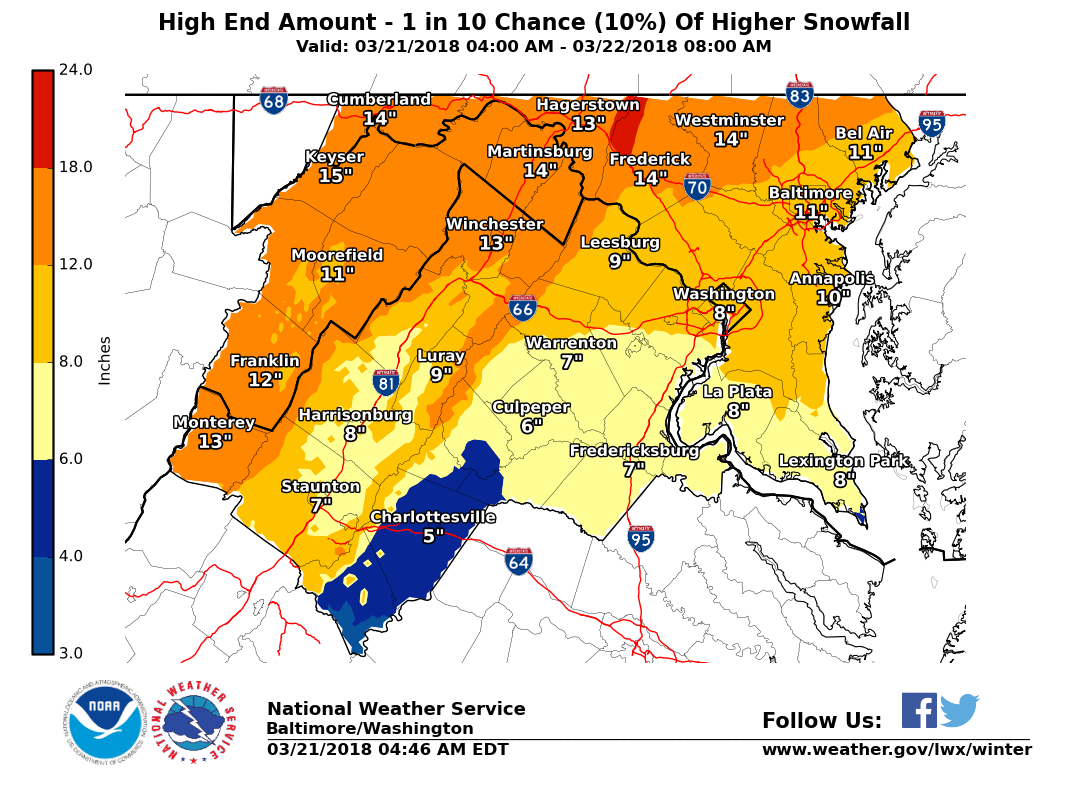 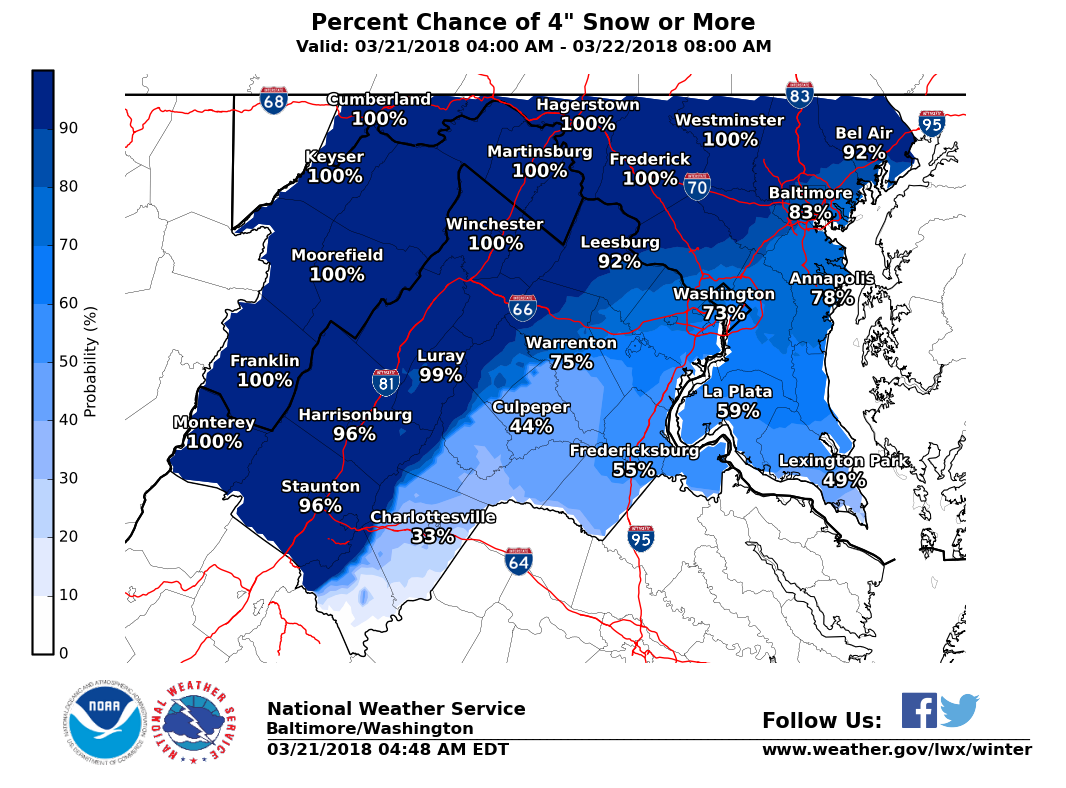 Northern Virginia was enjoying a snow day on Wednesday as the region’s first real winter storm arrived on March 21.

Leesburg could have up to a foot of snow, but most of the region from D.C. to Manassas will see between 4-6 inches, with slightly more for communities in northern Fairfax and Prince William counties and southern Loudoun County.

Prince William, Loudoun and Fauquier have announced schools would be closed on Thursday, March 22.

The weather service warns of limited visibility on the roads Wednesday, as well as the potential for power outages due to the wet snow.

“Drivers are asked to avoid travel during today’s winter storm to avoid being caught in hazardous conditions such as limited visibility and slick or snow-covered roads, as well as to allow crews plenty of room to work safely,” said Ellen Kamilakis, a spokesperson for the Virginia Department of Transportation.

HOV restrictions are lifted for Wednesday in Northern Virginia, meaning the tolls on I-66 inside the beltway also have been suspended.

Check before leaving the house for any travel. Many government offices are closed Wednesday.

VDOT reports that plows and trucks have been treating trouble spots overnight and will be working throughout the storm.

School closings and delays for Thursday, March 22, in Northern Virginia

Heavy snow through Wednesday, and the potential that wet surfaces will refreeze overnight, has school divisions announcing schedule changes fo…

Mel C: Nothing could have prepared me for fame