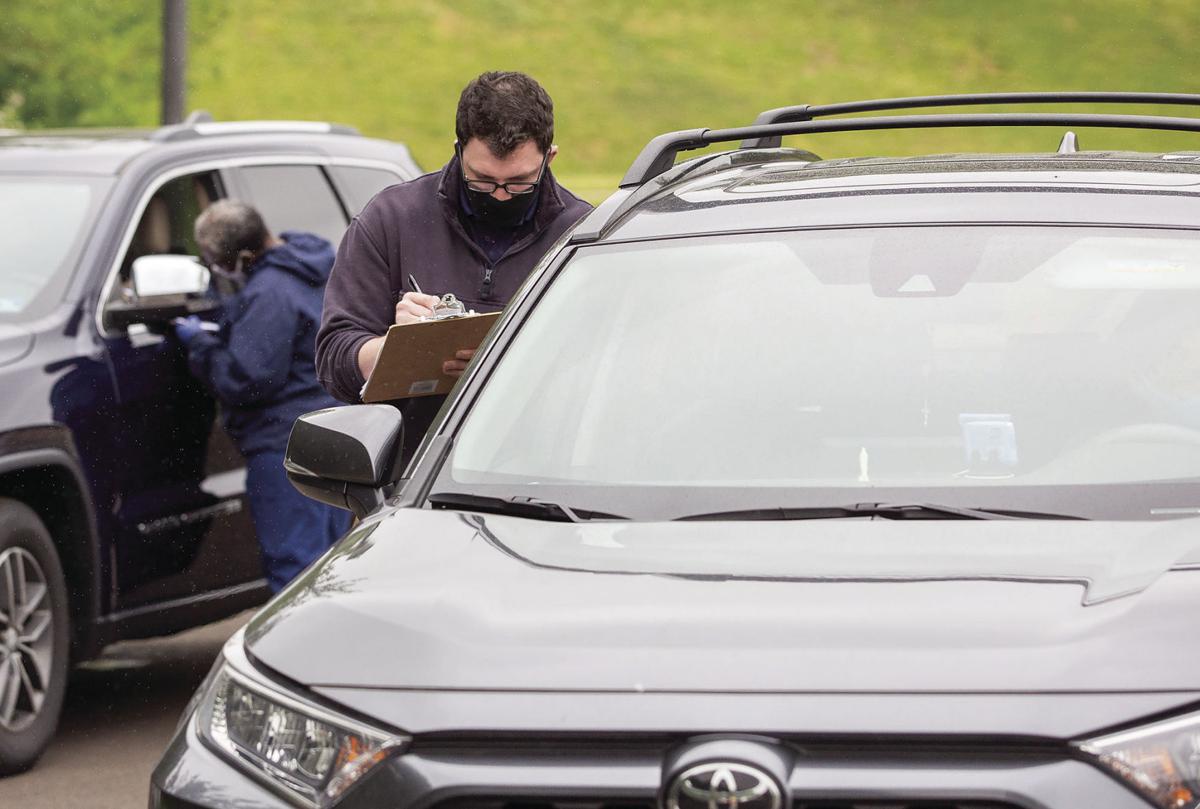 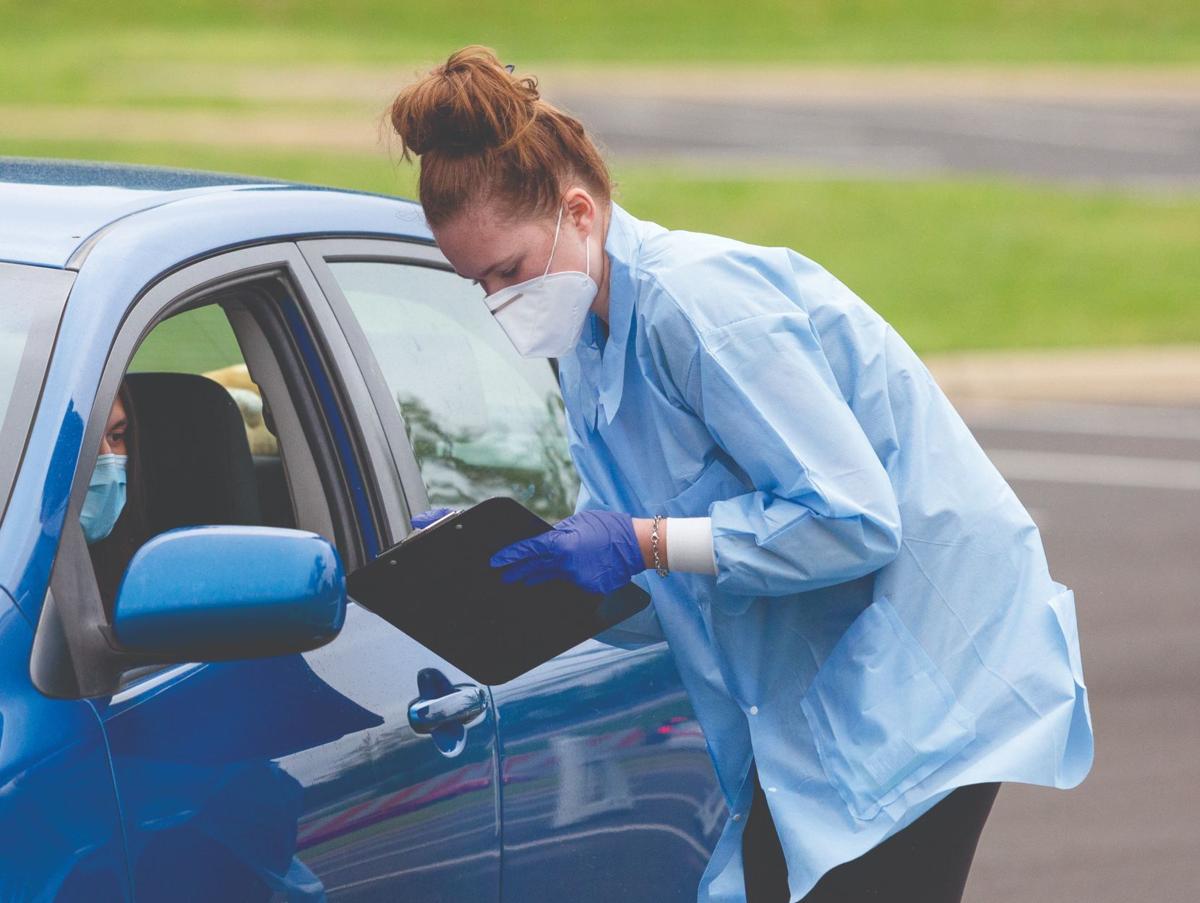 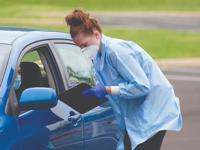 Katelyn Page registers a driver for free COVID-19 testing at Hylton Memorial Chapel in Woodbridge, Monday. Page, Miss Virginia United States 2020, said she felt it was her duty to serve Virginia during this trying time.

Healthcare workers are silhouetted against a long line of vehicles during free COVID-19 testing at Hylton Memorial Chapel in Woodbridge, Monday.

Although the testing was scheduled from 10 a.m. to 6 p.m., police had to close the entrance before 3 p.m. to manage the long car line. Processed in a line three-abreast, drivers stopped to present identification to a volunteer. That information was filled on a form, which was handed to the driver. Drivers then proceeded to a white tent where healthcare workers in personal protective gear took the form and performed a nasal swab.

Free drive-through and walk-up testing is scheduled to continue at Stonewall Jackson High School in Manassas from 10 a.m. to 6 p.m. Tuesday. Prince William police are warning drivers to seek alternate routes in the area of the school due to traffic congestion expected during testing hours.

One of the volunteers Monday filling out the forms was Katelyn Page, Miss Virginia 2020. She said when she heard that people could volunteer for the project, she stepped up. “I love serving my state, and it’s my duty to serve.”

Alex Weston, senior emergency management specialist with Prince William County's Office of Emergency Management, said there was a line of cars throughout the day.

Some who sought testing Monday afternoon were left to wait in overflow parking at All Saint's Church. They were told tests would be running out shortly after 2 p.m. Those willing to wait until 4 p.m. were told they’d be tested or given a ticket to get to the front of line at Stonewall Jackson on Tuesday.

Free COVID-19 testing available in City of Manassas this week