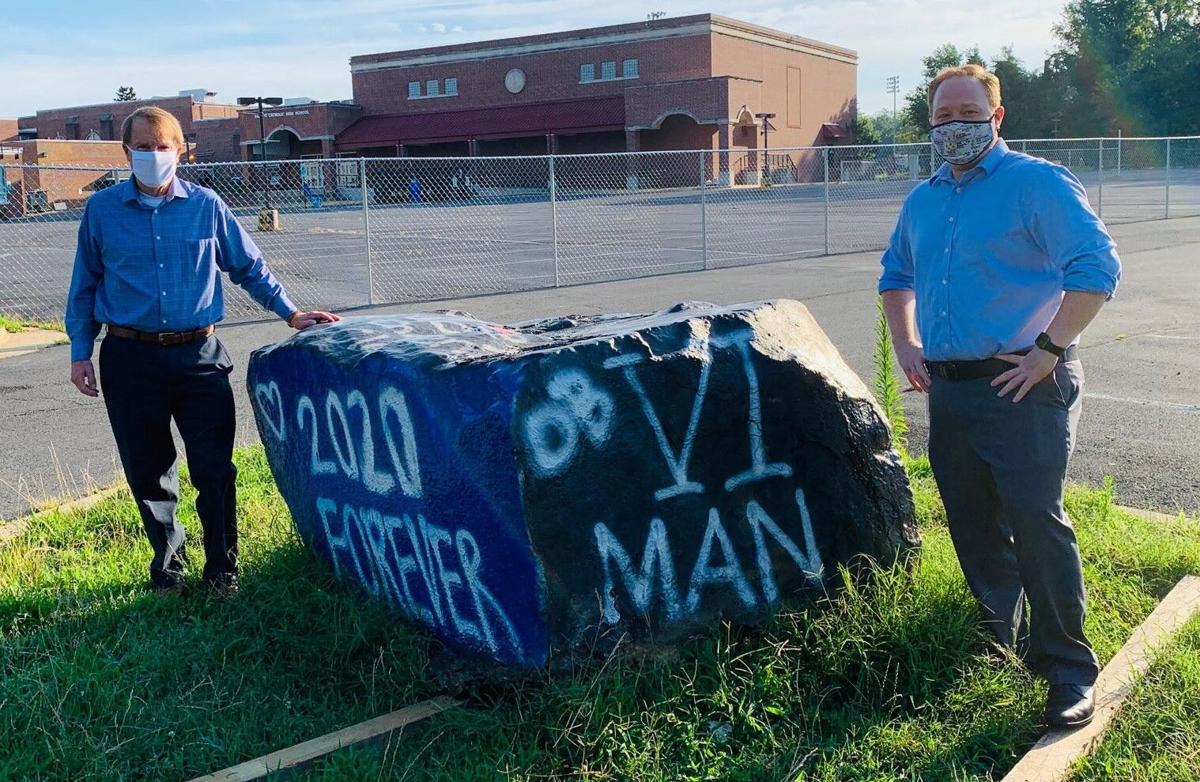 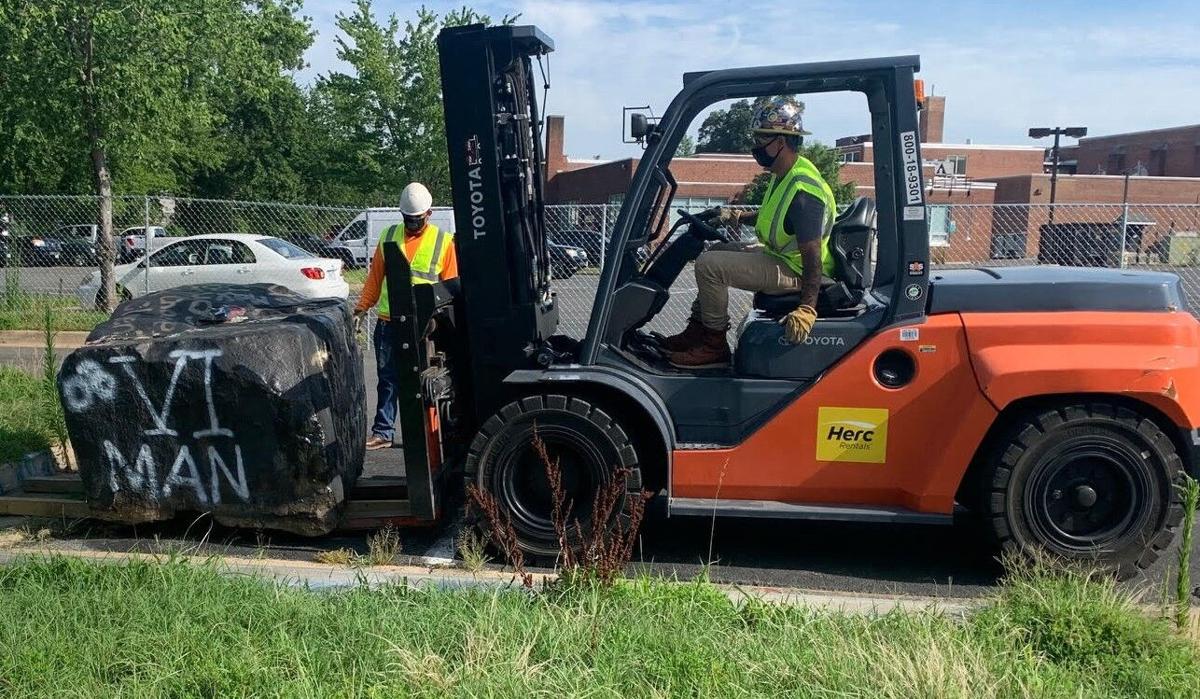 IDI contractors John Moriarty & Associates and B&M Steel used a loader, forklift, and flatbed truck to move the rock from Fairfax to Loudoun. 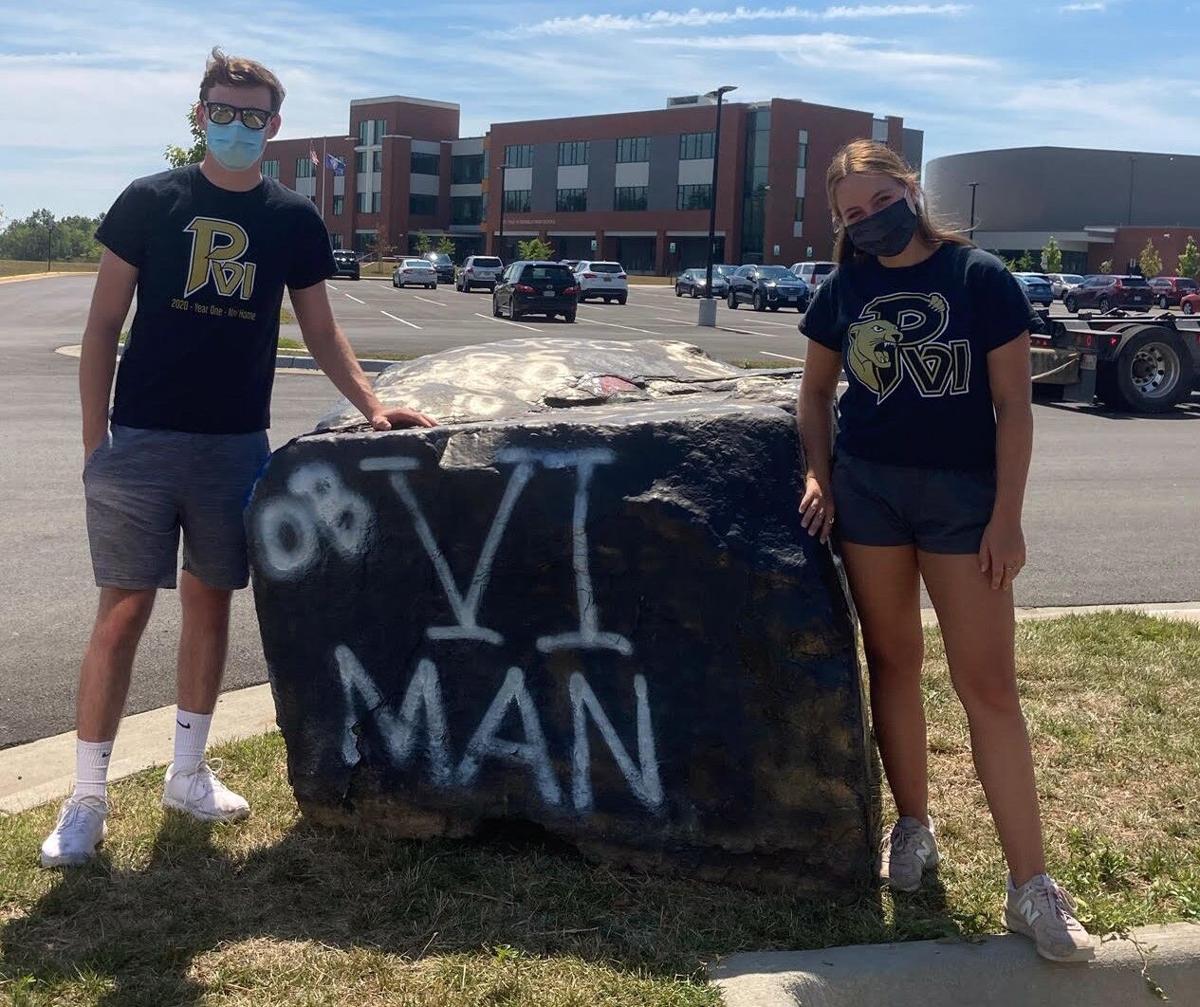 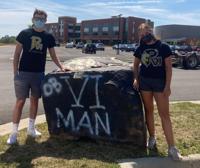 IDI contractors John Moriarty & Associates and B&M Steel used a loader, forklift, and flatbed truck to move the rock from Fairfax to Loudoun.

As St. Paul VI Catholic High School moves from its longtime Fairfax campus to its new Loudoun County location, an iconic piece of the past has been brought along: the rock.

Since the 2008-2009 school year, the rock has been a visual representation of school spirit at Paul VI, highlighting upcoming events and performances, celebrating victories and awards, and even sporting the occasional “prom-posal.” The IDI Group Cos. of Arlington, who are redeveloping the Fairfax site into a mixed-use community called Boulevard VI, on Thursday had the rock moved from the old site to the new.

“The Class of 2009 was instrumental in bringing the rock to PVI from a local quarry and it has been a fun way for students to express themselves for the past 10 years," said Ginny Colwell, head of school. "We always knew that we wanted to bring the rock to our new campus."

She thanked IDI, John Moriarty and Associates, and B&M Steel for making the move possible. "At 6.6 tons, it was no small task.”

Patrick J. Rhodes Jr., IDI’s project manager for Boulevard VI, said, “We’re glad we were able to save this and other meaningful items from the school and its site for the Paul VI community to continue to enjoy."

Paul VI's new campus is on 68 acres at 42341 Braddock Road in the South Riding area of Loudoun. Classes will begin there this fall with a combination of in-person and remote learning.

Paul VI opened in 1983 after buying renovating the former Fairfax High School building that had been built in 1936, which was on 16 acres. It has grown from an original enrollment of 350 to its current size of about 1,000 students.

IDI bought the Fairfax site from the Catholic Diocese of Arlington and will preserve the school building and its iconic lawn as the company develops the Boulevard VI mixed use community. Boulevard VI will include retail space along Fairfax Boulevard, with the 24,000-square-foot school as the focus, flanked by two 10,000-square-foot buildings to be built perpendicular to the school, forming a horseshoe around The Lawn. Residential offerings will include The Flats, IDI’s four-story luxury condominium building, as well as three-and four-story townhomes, 15 of which will be live/work units with ground floor commercial along Fairfax Drive.

Cardi B on her marriage to Offset: 'We have a lot of trust'

The Fresh Prince of Bel-Air is back!: Will Smith to produce a drama version of hit sitcom