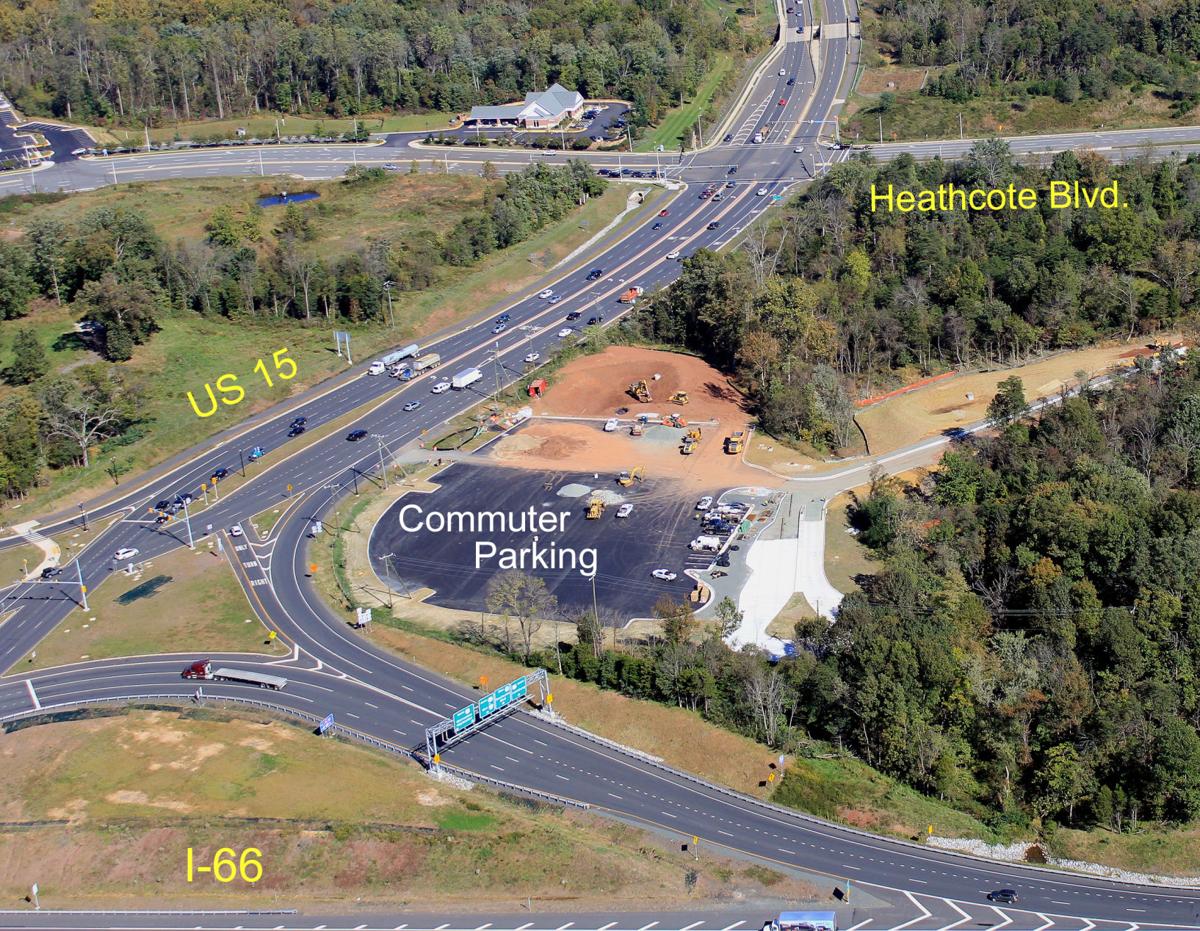 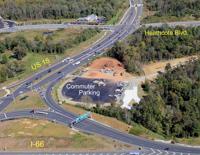 Commuters won't have to wait until the Interstate 66 Express Lanes open for help on the trip to work. Commuter lots will be opening in advance of the HOV/toll lanes, and OmniRide is offering increased incentives for commuters along the route. The first new commuter lot will open off I-66 in Haymarket later this year.

Commuters on Interstate 66 are dodging construction zones and sitting in heavy traffic while they wait for the new I-66 Express Lanes that will eventually provide a toll/HOV option.

As construction ramps up, Prince William County-based transit service OmniRide is offering financial incentives for I-66 commuters to start a carpool, start or join a vanpool, catch the bus or participate in a teleworking program. And OmniRide will also offer a new bus route called Haymarket Express Service starting in mid-December.

The Transform 66 Outside the Beltway project will add two express lanes in each direction along a 22.5-mile stretch from Interstate 495 to near University Boulevard in Gainesville. Improvements along the strip include more than 4,000 new commuter spaces in Prince William alone.

Because two-thirds of Prince William residents leave the county to work, OmniRide’s incentives — which started in May — are aimed at incentivizing people to use mass transit to reduce the number of commuters driving alone on I-66.

“We can’t run more service unless we have parking lots,” said OmniRide Executive Director Bob Schneider. “They change the game.”

OmniRide is offering half-price fares for bus routes along I-66, funded by the Virginia Department of Transportation and the Virginia Department of Rail and Public Transportation, in an effort to mitigate traffic congestion during construction.  The lower fares for OmniRide Express and OmniRide Metro Express are in place through 2022, when the Express Lanes are expected to open.

OmniRide is also offering incentives to encourage carpooling, vanpooling or telecommuting. Vanpool Alliance, a public-private partnership that started in November 2013, has 665 vans. Since beginning, the alliance has paid $5 million in direct benefits, said Joe Stainsby, the vanpool program manager.

OmniRide Metro Express buses to Tysons Corner Metro and OmniRide Express buses to Northern Virginia and Washington along the I-66 corridor have seen an increase in ridership since half-fares started in May, said Christine Rodrigo, OmniRide spokeswoman.

Vanpool incentives, which started in October, have resulted in two new vanpools enrolled, she said.

The Interstate 95 corridor has more “monolithic” commuting routes, whereas I-66 commuters head to more varied destinations, such as Rosslyn, Dulles, Reston and Herndon, said Chuck Steigerwald, OmniRide’s director of strategic planning. OmniRide has a plan for the I-66 corridor.

“For the culture to develop, you need the infrastructure,” Steigerwald said.

That means I-66 will substantially increase its commuter lot capacity once the Transform 66 Outside the Beltway project is complete.

“It’s not just about I-66; it’s about everything that changes inside a community when that happens,” Schneider said. “The word is ‘transform’ 66 and I think they mean it.”

Of the four lots near I-66, the Limestone Road lot near Mile Stone Court in Gainesville and the Cushing Road Lot near I-66 at the Va. 234 bypass are the most used, while the Portsmouth Road Commuter Lot near Williamson Boulevard and the Manassas Mall lot near Sudley Road and Rixlew Lane are the least used, according to 2016 data from VDOT.

Offering commuters mass transit near I-95 has given OmniRide experience in how express lanes can affect a community, Schneider said.

“How can we look at what this [Transform 66 project] will do to Gainesville and Manassas and their growth, and how can we look beyond just what is 66,” he said. “What happens when this makes it much easier to live in Warrenton now? It’s what happened when the HOT lanes emerged; Fredericksburg, [and] Spotsylvania and Stafford [counties] exploded.”

OmniRide is also planning to open a $41 million western facility in late 2020 where bus drivers can start their routes, Schneider said.

The new Haymarket Express Service will start around Dec. 17, Schneider said. The route will travel along I-66 from U.S. 15 to Rosslyn with nine stops.

“I told Bob [Schneider] before I got sworn in, ‘we have to have a bus route in Haymarket,’” Roem said. “But Bob said we need new funding, so the fuel tax was so important.”

Since July 1, the tax is imposed on each gallon of fuel sold by a distributor to a retail dealer for retail sale in any of the qualifying counties or cities.

“This funding helps PRTC to not raise fares and now can add service lines,” Roem said.

A new 1,189-space commuter lot is planned to be ready by December 2022 near Balls Ford Road where a new road — Century Park Drive — will connect Balls Ford Road to new ramps with access to the I-66 Express Lanes.

OmniRide is offering half-price fares on bus routes along Interstate 66. One-way SmarTrip fares on buses to the Pentagon and stops in Washington will be $3.45 instead of $6.90. In addition, buses to Metro will be $1.75 instead of $3.45.

OmniRide is also offering incentives to start or join a vanpool, including a $200-per-seat subsidy prorated over four months, a $350 gas card for operators of passenger vans on I-66 with at least 10 commuters, and a free SmarTrip with a preloaded subsidy for I-66 vanpool riders. Vanpool Alliances, at vanpoolalliance.org, helps commuters find and join a vanpool.

To see all the incentives, visit outside.transform66.org.

Find a park and ride at: http://www.virginiadot.org/travel/parkride/home.asp

Instead of driving her car for an hour to Washington, D.C., for work, Lake Ridge resident Tammy Bish catches rides with fellow commuters who c…

This article omits the significant and ongoing contributions of the Northern Virginia Transportation Commission's I-66 Commuter Choice Program [ http://www.novatransit.org/i66commuterchoice/ ], whereby the bulk of the revenue from the new tolls on I-66 INSIDE the Beltway is being dedicated to travel improvements along the I-66 corridor for at least 40 years.

The $9.8 million in projects funded in FY 17--and put place BEFORE the I-66 tolls even started--included OmniRide Gainesville-to-Pentagon Commuter Bus Service ($887,900).

The next round of project funding awards, estimated at $20 million, is currently under development.

Those elected official who wish to curtail, delay, or end the tolling of I-66 inside the Beltway (which is limited to single-occupant vehicles during peak commuting hours only) would end or cripple this vital new funding source as well as expose express bus passengers and ridesharers to unnecessary and counterproductive travel delays.

Claudia Schiffer had a security guard for her underwear

'It was a wonderful surprise': Gwyneth Paltrow feels 'very lucky' to have found love again