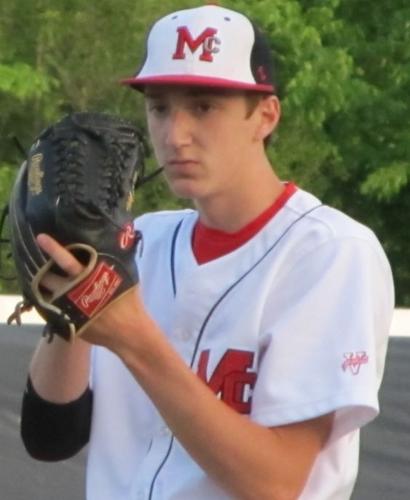 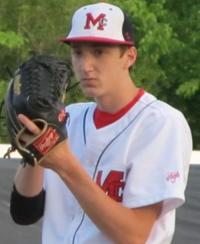 Colin Morse was the winning pitcher for McLean against Battlefield. (Photo by Dave Facinoli) 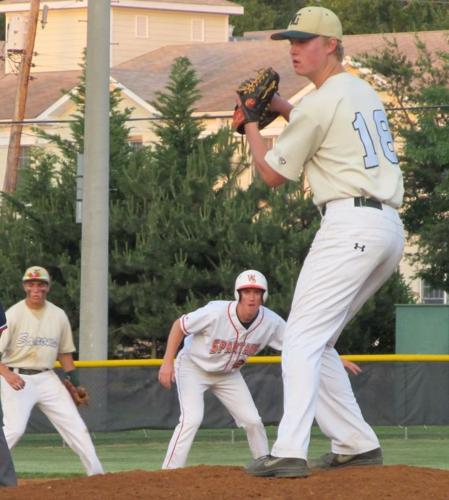 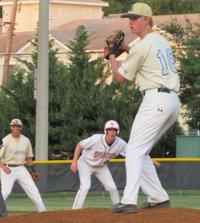 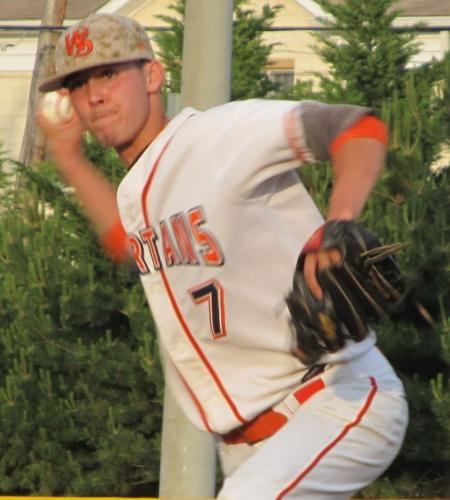 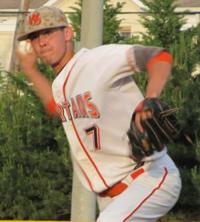 The West Springfield on-deck batter and players and coaches watch the action against Langley. (Photo by Dave Facinoli)

Colin Morse was the winning pitcher for McLean against Battlefield. (Photo by Dave Facinoli)

The West Springfield on-deck batter and players and coaches watch the action against Langley. (Photo by Dave Facinoli)

With their second straight upset in the 6A North Region Tournament, the lower-seeded McLean Highlanders (14-10) are headed to the region semifinals for the first time since 1981.

McLean is 2-0 in the region with two road wins, including last night’s 7-5 victory over Battlefield in high school baseball action. The Highlanders nipped Oakton, 1-0, in the first round.

Both teams were higher seeds than McLean.

Next for McLean is an away semifinal game against the Madison Warhawks (21-2) in Vienna on Wednesday at 7 p.m., with the winner earning a 6A state tournament berth.

Madison defeated McLean by 8-1 and 11-3 scores during the regular season.

In the win over Battlefield, senior right-hander Colin Morse (6-4) pitched 6 2/3 innings to get the win, with Caleb Beatty earning the save with a strikeout to end the game after Battlefield had scored twice in the last of the seventh.

McLean took early leads of 1-0 and 3-0, then kept scoring each time Battlefield drew close. The Highlanders had nine hits and earned two walks. Two batters were hit by pitches.

“We were disciplined at the plate and we were able to keep adding to our lead,” McLean coach John Dowling said. “Morse grinded it out on the mound and he minimized any damage. He pitched his butt off.”

Second baseman Conor Grammes made a key defensive play in the seventh inning on a ground ball to stop a potential Battlefield rally.

Beatty had two doubles for McLean, Jesse Jones had two hits and two RBI, and Evan Blake and Ben Clines had RBI hits.

In 1981, the last time McLean got this far, only eight teams made the region tournament. McLean was the No. 2 seed from the old Great Falls District and was in the field. The Highlanders defeated Lee, 6-1, in the first round of region play behind the pitching Dave Pleasants, who later became McLean’s head coach. McLean lost to Robinson, 15-3, in the semifinals.

Langley led 2-1 after three innings thanks to RBI singles by Jordan Lopez and Brian Anderson in the third. Langley’s pitching and defense broke down from the fourth inning on, when West Springfield scored its final 10 runs.

Jake McSteen and Nicholas Serger (double) had Langley’s other hits.

Sidearming senior right-hander Brandon Padget pitched six innings to get the win. He allowed four hits, one earned run, did not walk a batter, and fanned six. He and Jacob Kisner, who pitched the seventh, combined to retire the final 14 Langley hitters in order.

With the bat, Padgett doubled home two runs and had a sacrifice fly.

Salma Hayek says she was ‘dragged’ up aisle