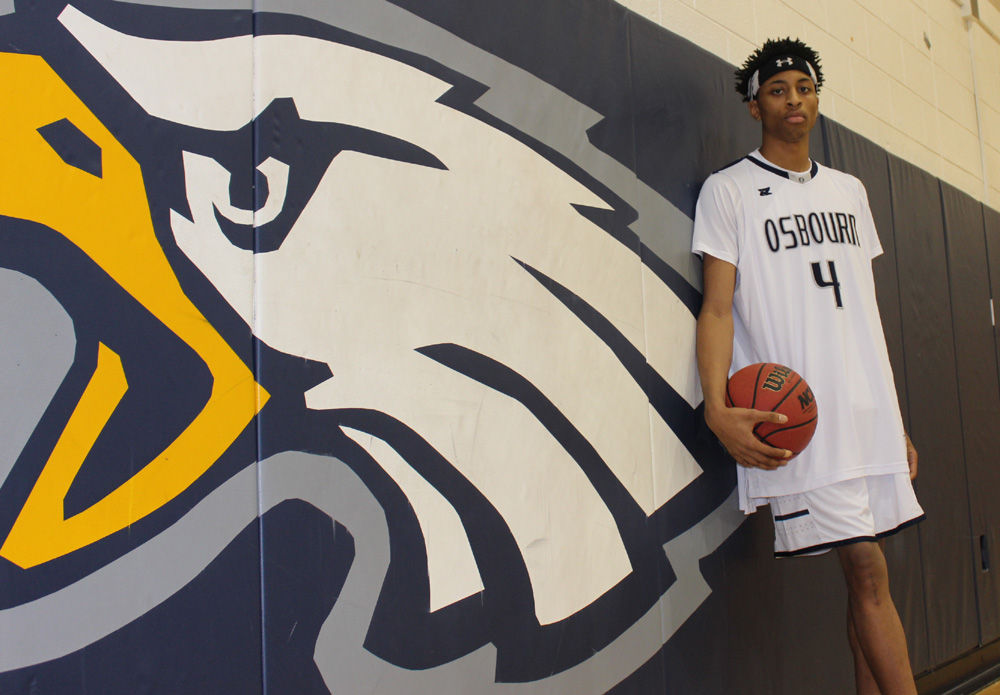 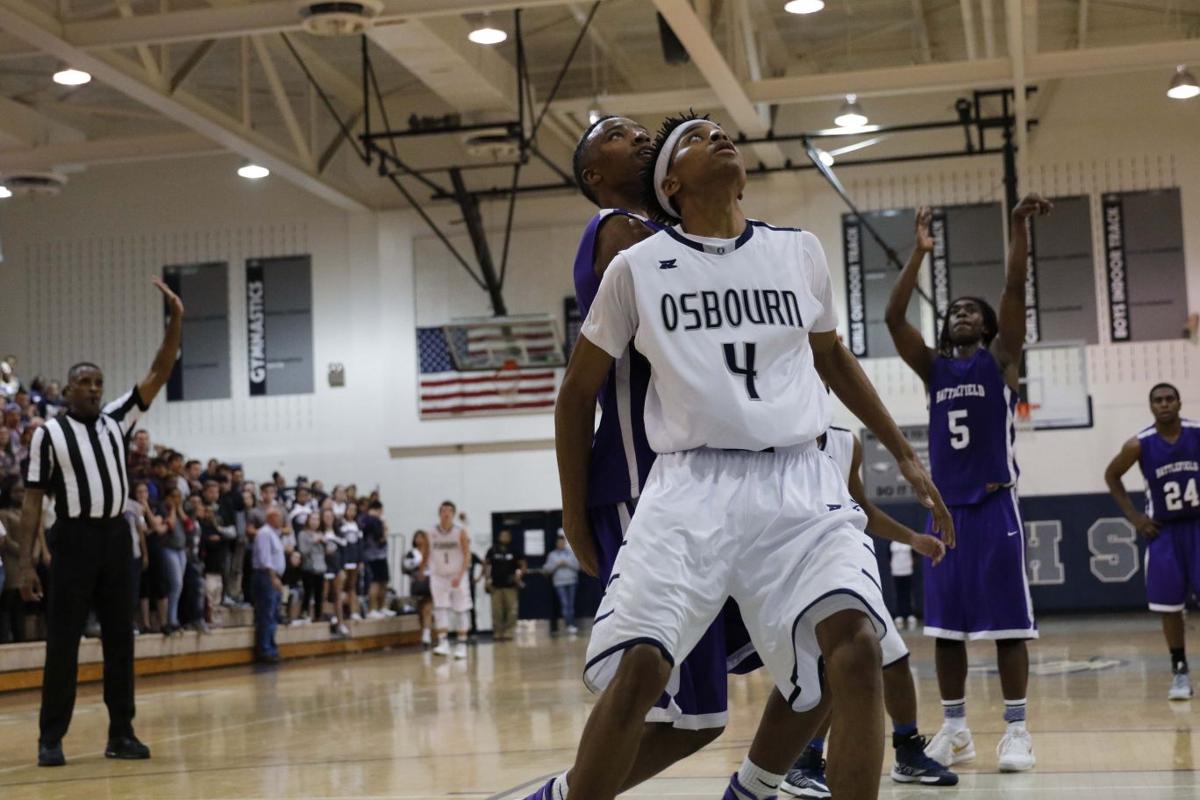 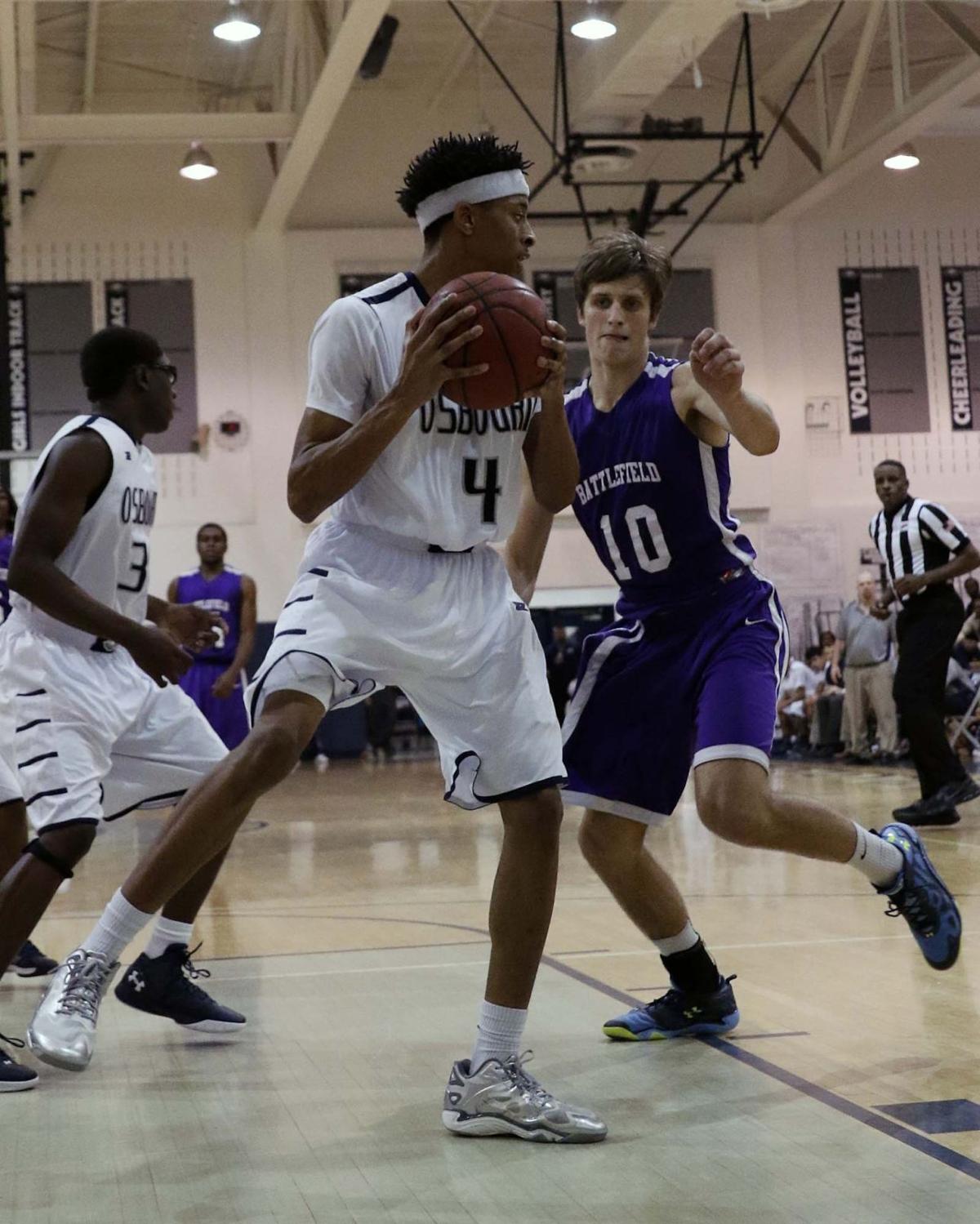 Osbourn’s Tyler Lloyd grabs a rebound in front of Battlefield’s Blake Pagon during the Dec. 11, 2015 game. Battlefield won the game 65-59. 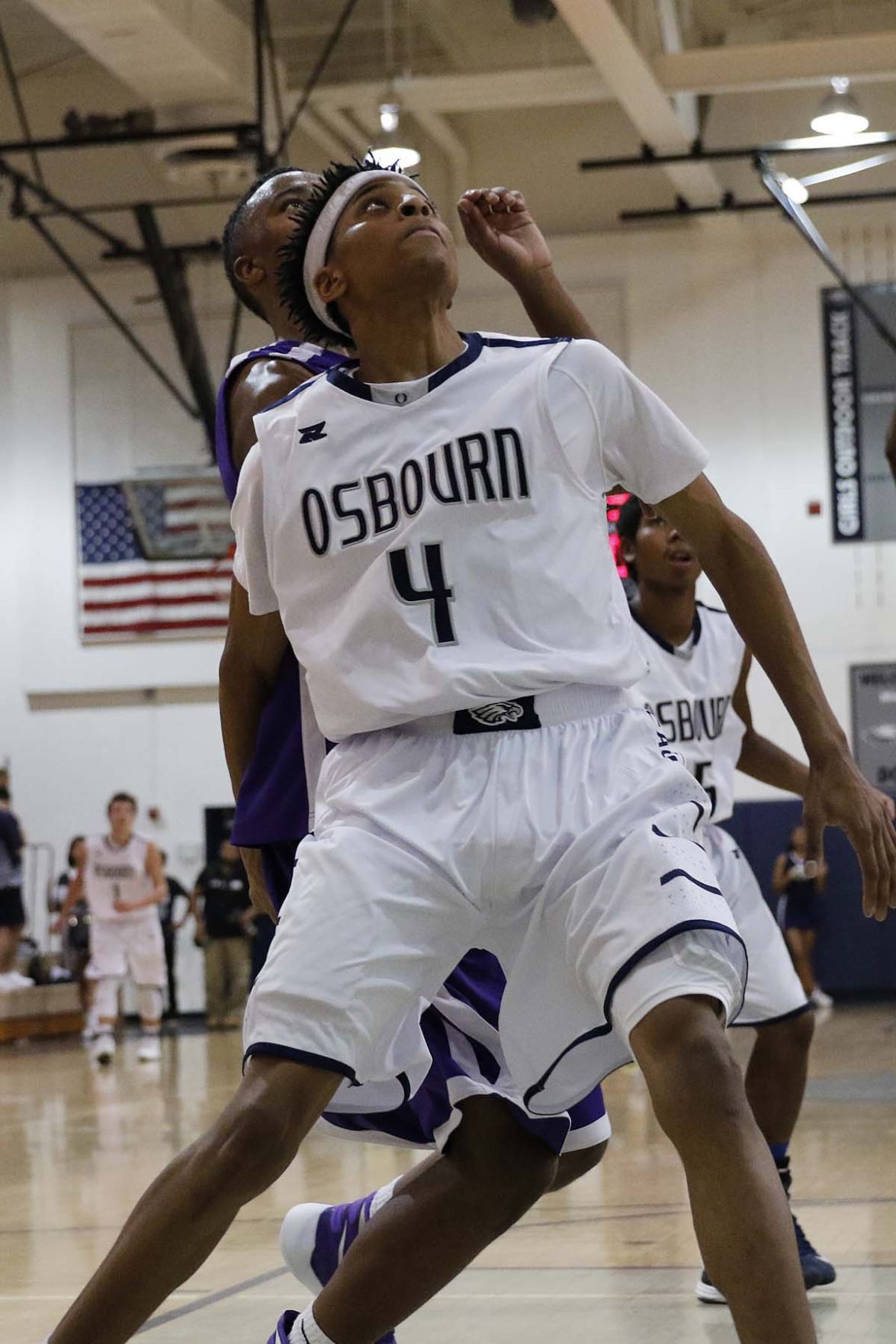 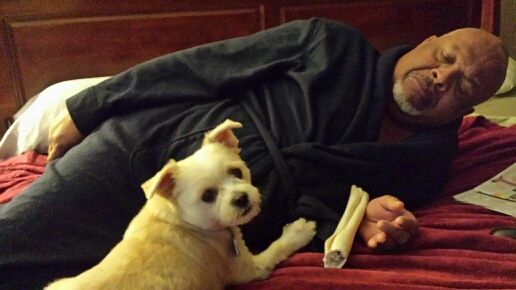 Osbourn’s Tyler Lloyd grabs a rebound in front of Battlefield’s Blake Pagon during the Dec. 11, 2015 game. Battlefield won the game 65-59.

The final shot of Tyler Lloyd’s first varsity start produced an array of emotions that overshadowed everything else about Osbourn High School’s last-second 51-50 win Dec. 1 over Langley.

Deborah Morton jumped up so fast in the Osbourn bleachers when her son hit the game-winner she felt dizzy. Head coach Rocky Carter choked up afterward even though the original play called for another player to attempt the last shot. And teammate Zach Powell ran to the center of the court and chest-bumped Lloyd after watching Lloyd stand behind the 3-point line in front of the Osbourn bench and with textbook form nail the biggest basket of his life.

The visceral reactions made sense to anyone who knew all or even bits of Lloyd’s story and how much he’d overcome to get to this point.

Lloyd drew his first breath in a Falls Church gas station bathroom. He had no real relationship with his biological parents. Deborah and David were his legal guardians and had raised him since infancy. He missed his junior season of varsity high school basketball after breaking his leg. And then came the freshest and most painful ordeal, David’s death almost a year ago from health complications.

Lloyd was under no illusions that one shot erased a lifetime of struggles. But if there was one person in need of a boost, it was Lloyd. Although not scripted, the ending was perfect.

“I was so thankful it was him,” Carter said.

Lloyd knows nothing more about his biological father and has no desire to.

Lloyd’s relationship with his biological mother Amanda is more complicated.

Amanda, Deborah’s younger sister, gave birth to Lloyd alone behind a locked door inside a single-room bathroom. After hearing a noise in the bathroom, a gas station attendant called police who then forced their way in to find the then 37-year-old holding Lloyd wrapped in a shirt she’d been wearing, Deborah said. The rescue squad arrived and transported Amanda and the newborn to a hospital in Arlington, where she contacted another sister, Regina Banks. Amanda was in no position to take care of Lloyd so Banks assumed custody. Lloyd was with Banks and her family for two to three months until Banks became pregnant with her sixth child.

A judge awarded Deborah and David custody of Lloyd when he was 5-months-old without any objections from his birth parents. Although Lloyd’s biological father attended the hearing, he agreed to the custody change. It was the last time he saw his son in person. Deborah and David welcomed Lloyd into their family as one of their own. Their 15-year-old son D.J. chipped in as well, doing anything from changing diapers to spending time with his new brother.

Banks said the decision for Lloyd to live with Deborah and David was ultimately in his best interest.

“He never had to go out and look for love in all the wrong places,” Banks said.

Lloyd was 10 when Deborah told him he had two mothers after he wondered why his last name was different from the Mortons. Now he knew. Lloyd was Deborah’s maiden name. The conversation gave Lloyd closure.

Amanda, who lives with her parents in Loudoun County, gave Lloyd his first and middle names, but she rarely crosses paths with her son. When they do meet, Lloyd said he doesn’t take it personally at family gatherings when Amanda refers to him as her nephew. He plays along, calling her Aunt Amanda. It’s not awkward.

“I don’t say anything,” Lloyd said.

In Lloyd’s eyes, Deborah is his mother.

“[Deborah] has always loved me no matter what,” Lloyd said.

With his height and thin frame, Deborah convinced Lloyd to try basketball. He knew very little about the sport and was frustrated by all the constant motion. But as a fifth grader, he began playing intramurals at Mayfield Intermediate in Manassas. In sixth grade, he played AAU. In his first game, he scored two points but collected a bushel of rebounds. He continued to develop after working with former professional basketball player Kevin Harris over a three-month period.

He made the seventh grade basketball team at Metz Junior High School before eventually heading to Osbourn High School. Lloyd spent his first year on the freshman team, where his coach nicknamed him “Stretch,” and his sophomore year on junior varsity. Lloyd seemed primed for a breakout year on varsity going into his junior season at Osbourn, but a freak injury ended his plans after he came down wrong on his right leg and broke it following a layup playing basketball at a Manassas Park rec center Aug. 8, 2014.

Carter was on vacation when he heard about Lloyd’s injury. He said the news made him physically sick. Lloyd had worked so hard in the offseason. He was a projected starter who with his height and versatility was expected to give opponents match-up problems and help Osbourn make a deep postseason run.

Lloyd started playing again in mid-January, but Carter kept the 6-foot-4 guard/forward/center on the junior varsity to protect him. With the varsity season halfway over, Lloyd was still working himself back into basketball shape and would have seen limited playing time.

Morton’s death hit Lloyd hard. David was on dialysis for the last 13 years of his life and underwent two kidney transplants. The final blow came in June of 2014. David was diagnosed with stage 4 lung cancer even though he’d never smoked.

Lloyd, who spent hours at David’s bedside in the hospital, is slowly adjusting to David’s death. Lloyd initially refused to visit David’s grave in Loudoun County, but last week he told Deborah he wanted to go.

“He was my best friend,” Lloyd said. “Every night on TV, I’d go to his room and watch a football or basketball game with him. He was always sarcastic and funny. I get a lot of my traits from him.”

David’s funeral was held in Leesburg a week after he died. The Osbourn boys basketball team attended the service and then dedicated that night’s game against visiting Osbourn Park to David. Before the start of the game, Carter and his players turned to Deborah in the stands with raised arms and formed individual hearts with their hands to honor her husband of 41 years. The players also put David’s initials on their shoes along with the year of his birth and death. Although not physically 100 percent, Lloyd entered the game with 1:30 left. Everyone in the gym cheered.

“My teammates have my back,” said Lloyd “They are like brothers.”

“When his mind wanders and he gets low, he uses basketball to take his mind off the bad things,” said Powell, who first met Lloyd in sixth grade at Mayfield.

Lloyd wants to play at the next level.

An honorable mention all-Conference 8 selection this season after averaging 9.3 points in helping the Eagles go 14-9 and reach regionals for the third straight year, Lloyd has received college interest, but no offers yet. His final high school game is the weekend of March 25-26 at the Buffalo Wild Wings Roundball Classic in Hagerstown, Maryland, where he hopes to attract more attention.

But no matter where Lloyd ends up, the 18-year-old remains tied to his family and grateful for their sacrifice. He doesn’t harbor bitterness or play the what-if game.

It’s why Carter presented Lloyd with the Coaches Award Monday at Osbourn’s winter sports ceremony for, in Carter’s words, being “an awesome young man who had been through a lot. He has a strong mother. He deserves it.”

When filling out the bio for the all-star game, one question asked him who his hero was. It was an easy answer.

His mom Deborah. No clarification necessary.