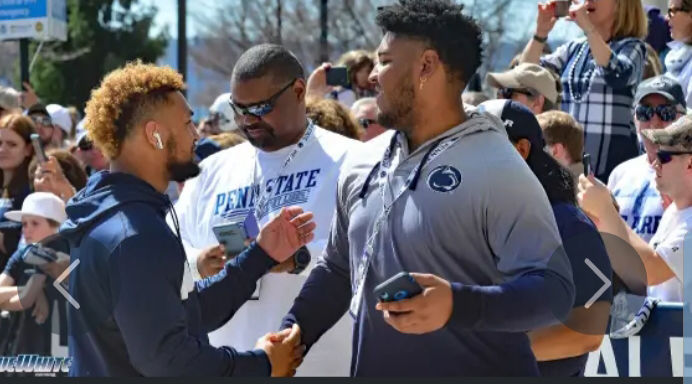 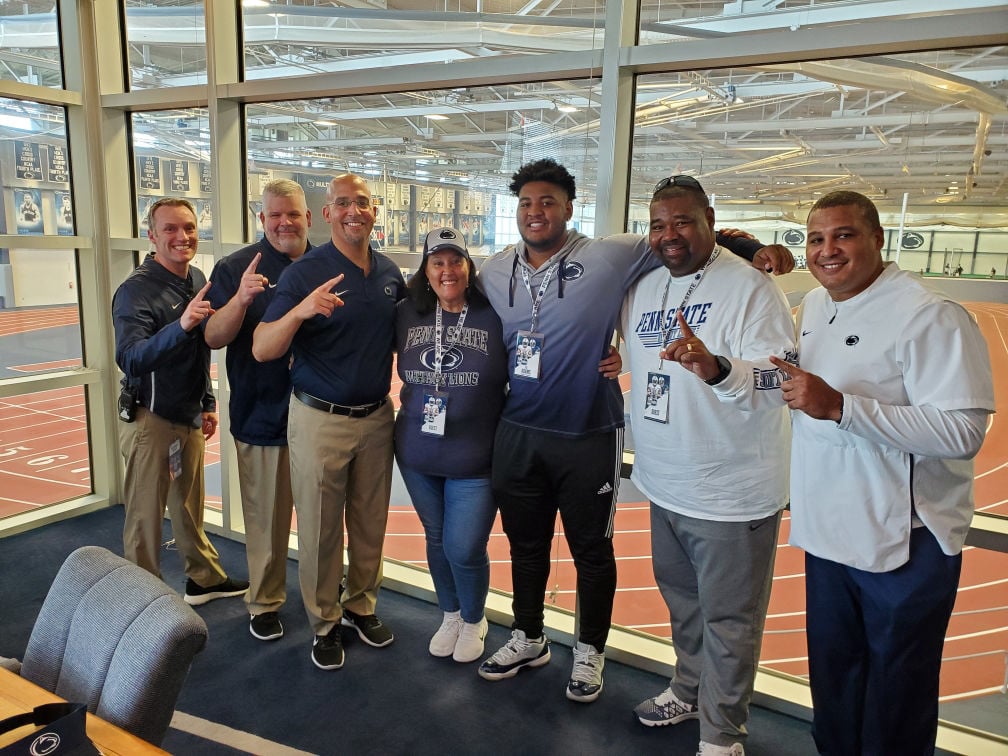 RJ Adams and his family with James Franklin at Penn State, April 2019 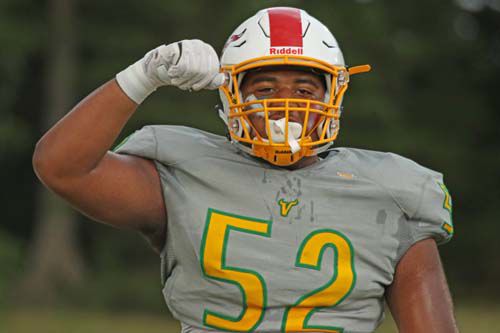 Woodbridge's Reuben Adams shows his strength prior to his team's game against Battlefield on Thursday, Sept. 13, 2018. 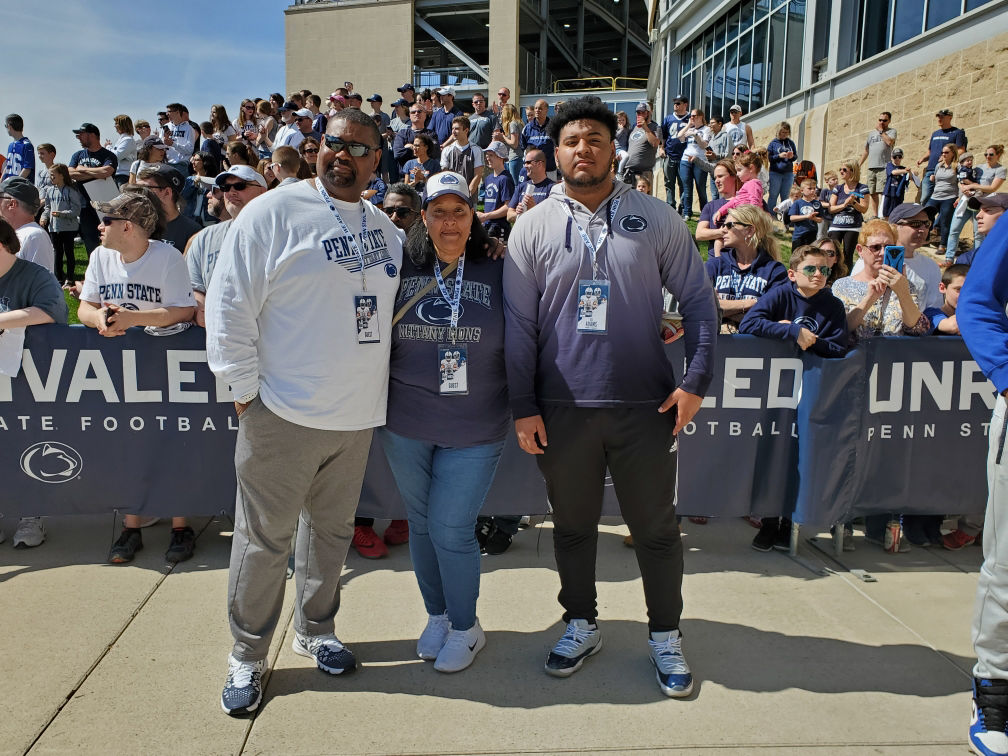 RJ Adams with his father Reuben and mother Lisa at Penn State April 13, 2019.

RJ Adams and his family with James Franklin at Penn State, April 2019

Woodbridge's Reuben Adams shows his strength prior to his team's game against Battlefield on Thursday, Sept. 13, 2018.

RJ Adams with his father Reuben and mother Lisa at Penn State April 13, 2019.

But the schedule quickly changed for the Woodbridge High School junior offensive lineman after he committed Saturday to Penn State.

Instead of seeing more Division I college football programs since school is out, Adams will rest and relax this week, a move he’s fine with after the final piece fell into place Friday and Saturday during his visit to Penn State for the annual Blue-White Game.

This was the third trip to State College (Pa.) for Adams and his father, but the first for his mother Lisa.

Penn State head football coach James Franklin called Lisa "Ms. Clarity" for good reason during their meeting Friday. Lisa needed to see Penn State in person before giving her blessing. Once Lisa got a clearer sense how close Penn State was to the family’s home in Prince William County, she signed off on her son attending the school.

That was all Adams needed to hear. Penn State had been on Adams’ radar screen since he attended the white-out game Sept. 29 against Ohio State. After they offered Adams Feb. 2, the Nittany Lions were one of his four finalists, joining North Carolina State, Miami and Florida State.

Although interest continued to come in (Vanderbilt offered April 11, giving Adams 25 total offers), he decided it was time to make a decision, announcing Saturday he’d committed to the Nittany Lions.

As Adams forged strong relationships with Penn State’s coaching staff, it become harder for other schools, including those in-state, to establish the same ties. Virginia Tech offered Adams Jan. 23, but he never received an offer from Virginia.

“He’s been very patient in the process, but it’s the nature of the business,” Woodbridge head coach Gary Wortham said.

Adams, a three-star prospect, is rated the No. 10 player in Virginia by Rivals and is the seventh player to commit to Penn State for the class of 2020. He will sign in December during the early-signing period.

Adams is a two-year starting left tackle for Woodbridge, but Penn State recruited the 6-foot-3, 314-pounder as an interior lineman at either guard or center. Adams has never played center, but Penn State’s offensive line coach assured him he’d receive information ahead of time to see how the Nittany Lions like to hike the ball.

Adams said Penn State liked his size, his quickness and his ability to finish blocks. With his decision set, Adams said he felt grateful and relieved.