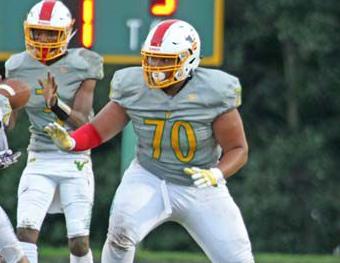 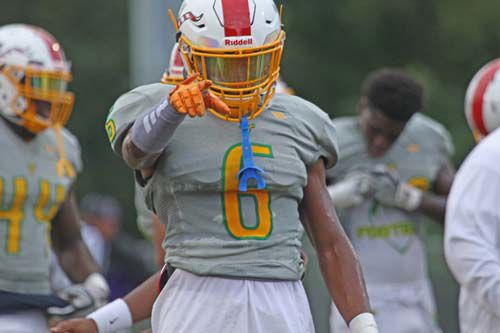 Woodbridge's season is pointed in the right direction as noted by Taylor Harris on Thursday, Sept. 13, 2018. 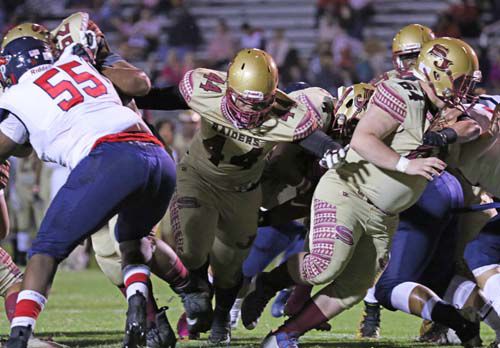 Stonewall Jackson's Tyleik Williams can be a disruptive force, here looking for someone to block against Patriot on Friday, Oct. 5, 2018.

Woodbridge's season is pointed in the right direction as noted by Taylor Harris on Thursday, Sept. 13, 2018.

Stonewall Jackson's Tyleik Williams can be a disruptive force, here looking for someone to block against Patriot on Friday, Oct. 5, 2018.

Tavon Matthews began the season with one offer. Now the Woodbridge High School senior offensive lineman is up to 11.

Matthews visited St. Francis before Christmas break and visited ETSU this past weekend. He plans to visit Duquesne this weekend and Rhode Island the following weekend.

“They showed me the most attention,” Matthews said in reference to why he scheduled visits with those schools. “They told me I could be a big part of their program. I wanted to show them my attention.”

Matthews likes ETSU and Duquesne as well because of their sports management programs.

Navy intrigues Matthews, but he is weighing that against the military commitment following graduation from the academy.

Matthews played one season at Woodbridge after transferring from Freedom. He was a three-year starter at Freedom. This season, he was a first-team all-Cardinal District selection on the offensive line.

Woodbridge High School senior cornerback Taylor Harris is planning to visit Appalachian State this month. He and the school are looking to schedule a time.

Harris said he has also been talking with UMass, Buffalo and Maryland.

Harris was committed to East Carolina, but re-opened his recruiting after the school pulled his scholarship offer when he decided to hold off signing during the Dec. 19-21 early signing period and sign instead Feb. 6, the first day of the National Signing Period.

Harris committed to the Pirates April 19 and made an official visit to the school the weekend of Dec. 8.

Tyleik Williams received his first offer Jan. 11 when the University of Virginia extended one to the Stonewall Jackson sophomore linebacker.

Williams was the Cedar Run District Defensive Player of the Year. He joins fellow linebacker Shawn Murphy with offers from the Cavaliers. Murphy, a freshman, also has an offer from Virginia Tech.