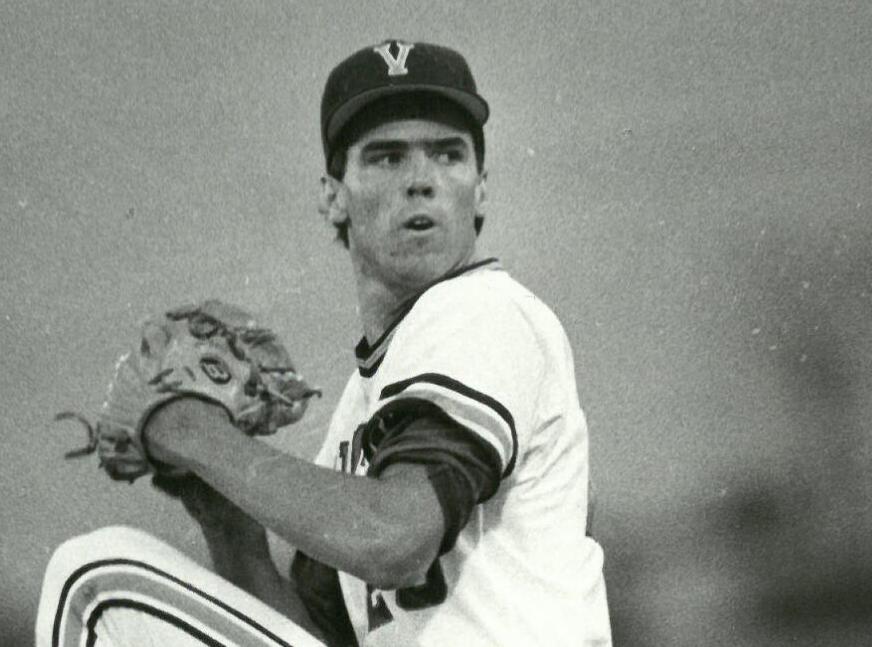 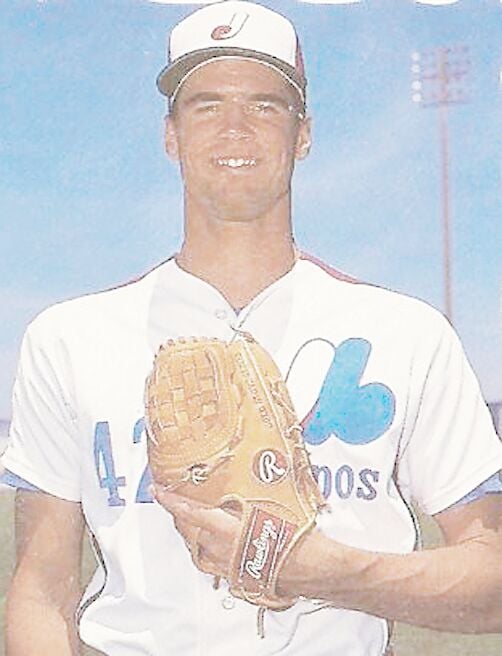 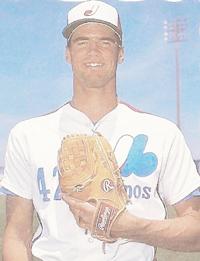 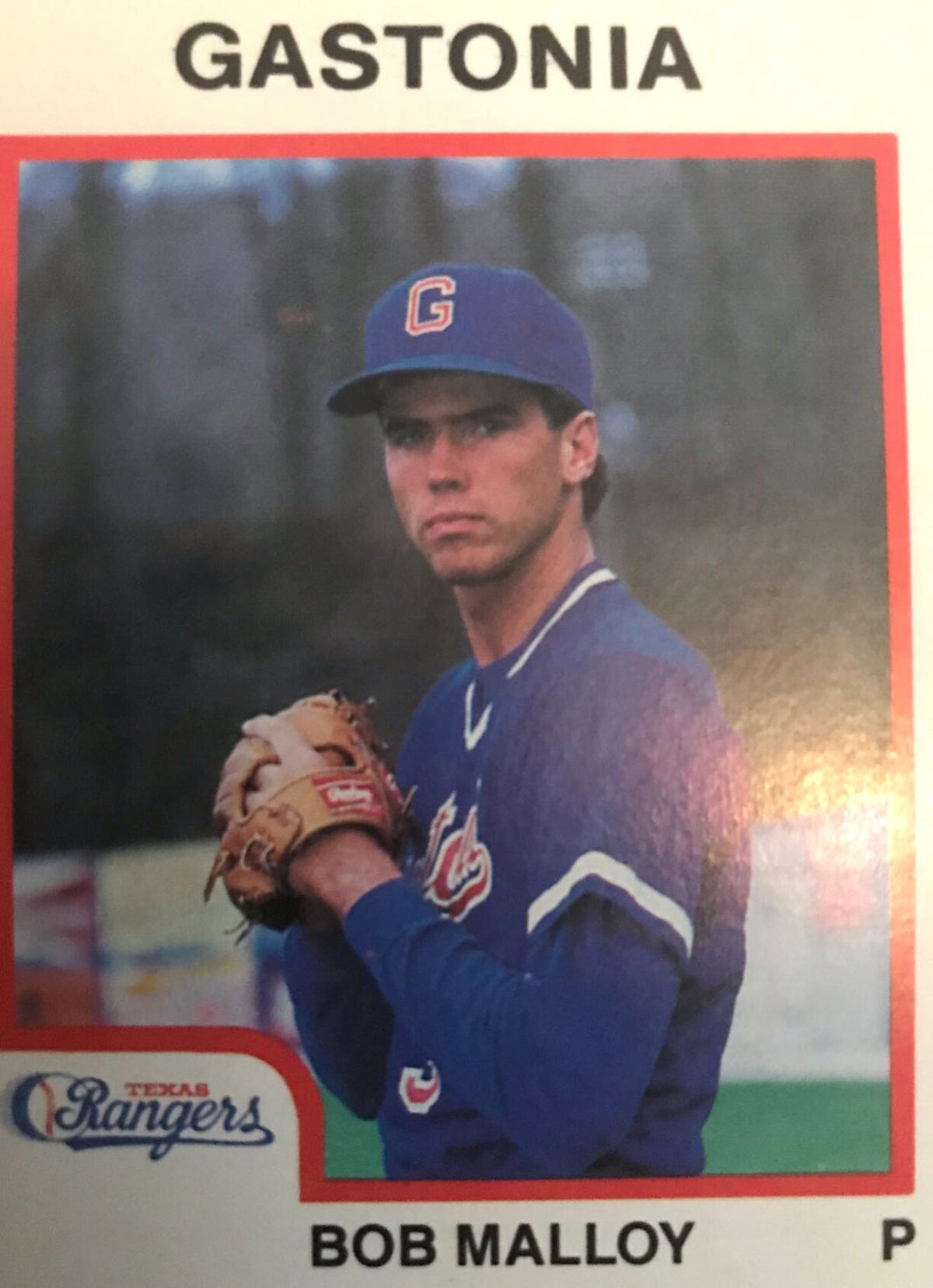 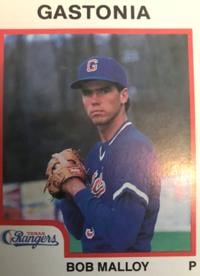 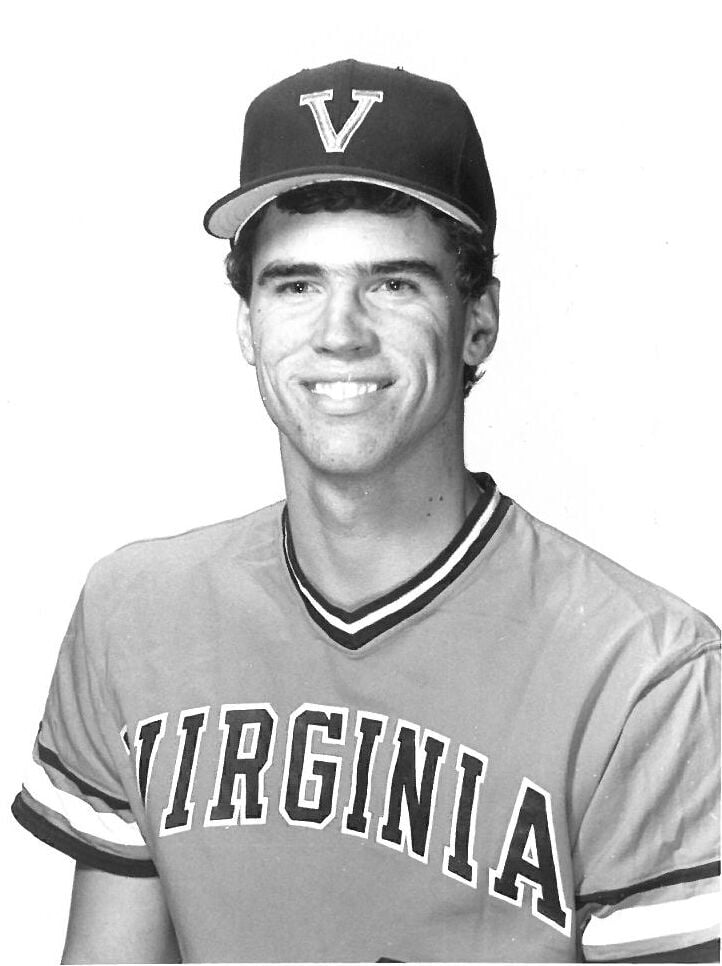 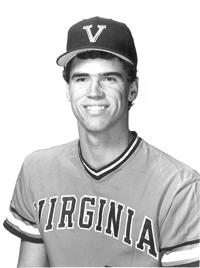 Bob Malloy had no idea what to expect from the 1986 Major League Baseball Draft. Some team might select him. Or all the teams might bypass him completely. It was hard to tell.

The Gar-Field High School graduate attracted scouts’ interest with his talent and experience during his four years pitching for the University of Virginia. In fact, the Oakland A’s chose him in the 30th round the year before after he went 5-2 and helped the Cavaliers reach the NCAA Tournament. The A’s never offered Malloy since he planned on returning for his senior season to finish his degree. Malloy also wanted time to rest his ailing shoulder. But he remained a legitimate pro prospect going into his final year.

Then came a potentially life-altering moment that clouded his future. In the third inning of his second start, Malloy suffered a gruesome injury when a line drive smacked into his lower left leg and snapped his tibula and fibula.

Before the injury, Malloy had every reason to believe he might go somewhere in the top 10 rounds if everything clicked his senior season. The right-hander was Virginia’s No. 1 starter with a 6-foot-5, 200-pound frame and an electric fastball. Now everything was in flux.

Teams remained interested, but to what extent? A wide-range of scenarios existed. The damage to Malloy’s leg was so severe there was talk of amputation. If for nothing else, he needed to prepare for at least a lengthy rehab since there was no way he’d pitch again that season.

With so much uncertainty surrounding his pro chances, Malloy understandably generated little fanfare the day the Texas Rangers selected him in the 19th round based primarily on his makeup and past success.

Maybe someone from the Rangers called him. Maybe not. Maybe he shared the moment with someone or perhaps he was by himself. Malloy doesn’t remember. Going that low isn’t exactly breaking news.

What he does recall is this: signing for $2,500 and hoping “things work out.” It’s all he could ask for. After all, he never thought he’d be in this position in the first place.

“I did not think that I would ever play again,” Malloy said.

Malloy remembers only two names from the last opponent he ever faced as a college pitcher: Kevin Brown and Jeff Distasio.

Brown was Malloy’s counterpart the night Virginia faced Georgia Tech March 8, 1986 in Atlanta. The right-hander became a future teammate of Malloy’s in the Rangers’ organization and played 19 seasons in the majors, earning the distinction as baseball’s first $100 million player.

Distasio was a late-round pick of the San Francisco Giants who led the ACC in RBIs in 1986. He’s also the batter Malloy pitched to the night his baseball career took a shocking turn.

Staring down a 3-2 count with the bases loaded, Malloy threw a change-up to Distasio. The left-handed batter responded by crushing a ball Malloy had no chance of avoiding. Making matters worse, Malloy attempted to field the ball on a wet surface after it slammed into his leg. He fell to the ground writhing in pain after planting his left leg and crumbling under the weight.

To this day, Distasio can still recall everything about that moment: the pitch, the location and the flight of the ball off the bat. Even though there was nothing he could have done to prevent the mishap, he felt terrible to the point the experience impacted future matchups.

“It was a strange time for me as a hitter,” Distasio said. “For a while afterward, everything seemed to go straight past the pitcher. Fortunately most of the time they were not hit, but it did happen again a few games later when I hit the same pitch back through the mound and it hit the pitcher in the back. I was more than a little relieved when I saw him get back up and walk into the dugout.”

Once the ball hit Malloy’s leg, he knew he was in serious trouble. So did those around him, including the fans. The pop was loud enough for everyone to hear.

Both trainers rushed out and examined Malloy’s distended leg, which had blown up to the size of a beach ball. Malloy was taken to the hospital and underwent immediate surgery.

Afterward, Distasio visited Malloy in the hospital and apologized.

“I knew there was nothing I could do to help but I wanted him to know that I felt awful about what happened. He was an outstanding pitcher with really good stuff,” Distasio said. “He made a mistake with a changeup and I can still see that ball flying off my bat. You hate to see any competitor or teammate go down like that so I wanted to stop in quickly to see how he was doing.”

Malloy accepted Distasio’s apology, knowing it was an unfortunate accident and nothing more.

Although his baseball career was on hold, Malloy refused to wallow in self-pity. The time off helped him heal his hurting shoulder and catch up on school work. For a month, Malloy said he stayed at the house of Dr. Frank McCue, where McCue’s mother and wife took care of him. McCue treated Virginia athletes for many years.

“I didn't really thank him until I went back to UVA on a recruiting trip with my daughter in 2010,” Malloy said. “He has a building named after him and I was lucky to find him there that day.”

Without any leverage and his status still up in the air, Malloy accepted what the Rangers offered. The Rangers had nothing to lose. If Malloy failed to develop, they were out a few thousand dollars.

Malloy took the same approach. In case he never played again, Malloy began planning for a future outside of baseball. With a degree in finance, he moved to Garland, TX where his mom lived and took a job in nearby Dallas with Cigna Insurance.

But in case he played again, the move allowed Malloy to rehab at the Rangers’ stadium in Arlington. That opportunity paid off for the immediate and the future.

Even though he was in a full-length cast for six months followed by wearing a brace on the bottom half of his leg, Malloy got to know the players and coaches in the clubhouse. Malloy also stuck around at night to watch the Rangers’ home games. Tired of sitting behind the desk, Malloy eventually quit his job at Cigna after four months and worked for the Rangers selling season tickets.

With his condition improving, the Rangers sent Malloy to instructional ball in the fall. He was still limping around, but on the last day of the season Malloy made his debut. In one inning, he threw three pitches and recorded three outs. The performance motivated him to stick with baseball.

“It was a let’s see what comes up,” Malloy said.

After pitching well in spring training with the Rangers’ Double-A team, Malloy figured he’d start his first full pro season in 1987 at that level.

But the Rangers had other plans. Since Malloy had not pitched in an official game in over a year, Texas assigned him to its low-Class A South Atlantic League franchise in Gastonia, N.C. Malloy was disappointed, but prepared to pay his dues with hopefully a temporary stay.

Despite having 10 future major leagues on the roster, including former National League MVP Sammy Sosa and former two-time AL MVP Juan Gonzalez, Gastonia was a terrible team that 1987 season, winning only 58 games. But the Rangers did well when Malloy pitched. He dominated going 5-0 in his first nine starts with 66 strikeouts in 57 innings.

One night, Gastonia manager Chino Cadahia asked to see Malloy. It was after midnight and Malloy figured Cadahia wanted to reprimand him for giving him a look during that night’s game against Macon after Cadahia yelled at him.

Instead, Cadahia told Malloy to pack his things. Malloy was scheduled to pitch in Detroit. The Rangers needed a replacement after placing Bobby Witt on the disabled list. The news surprised Malloy. He expected a promotion soon, but to Double A.

Now he was headed to the majors. It was lot to take in.

“How the heck is a guy down here going up to the major leagues?” Malloy said. “It was not for a lack of confidence. I was doing well. It was such a whirlwind.”

Malloy received a no-decision against the Tigers and again in his second start against the Chicago White Sox. He allowed eight earned runs in 11 innings before being optioned to Double-A Tulsa.

He returned to the majors in 1990 with the Montreal Expos, who selected Malloy in the Rule 5 Draft. More seasoned than his last trip to the big leagues, Malloy made one appearance with the Expos, pitching two innings in mop-up duty of an 18-2 victory.

Malloy felt ready this time. But the day he was scheduled to join the Expos, his throwing shoulder suddenly tightened up. His fastball, which typically sat in the mid 90s, dropped to the low 80s during his relief appearance. He never pitched again in the majors, leaving Malloy to wonder about what might have happened.

“If I had stayed healthy, the opportunity was there to have a different experience than my first time with the Rangers,” Malloy said.

After his baseball career finished, Malloy returned to Texas, where he currently lives in Allen working as a pharmaceutical sales rep.

He still has memorabilia from his playing days, including balls and his Rangers’ jersey. He doesn’t talk much about his brief time in the majors or how he got there, but his story remains compelling.

Distasio, for one, is grateful Malloy’s baseball career continued after college. In fact, he kept tabs on Malloy as he worked his way to the big leagues.

Malloy, who became the first graduate of a Prince William County high school to reach the majors, is also thankful for the opportunity as unlikely as it seemed after almost never playing again.

“My baseball journey was one-of-a-kind,” Malloy said. “I'm proud to have made it to the big leagues the way that I did--overcoming so much. It was also frustrating that I got hurt the day before I was called up the second time when things were going so well. Who knows what could have happened. However, I am a firm believer that things happen for a reason. Things happened the way they were supposed to happen.”

Prince William high school with the most local draft picks through the years: Potomac (11) f…