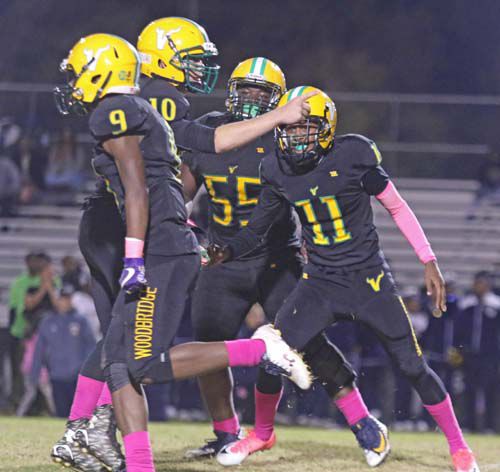 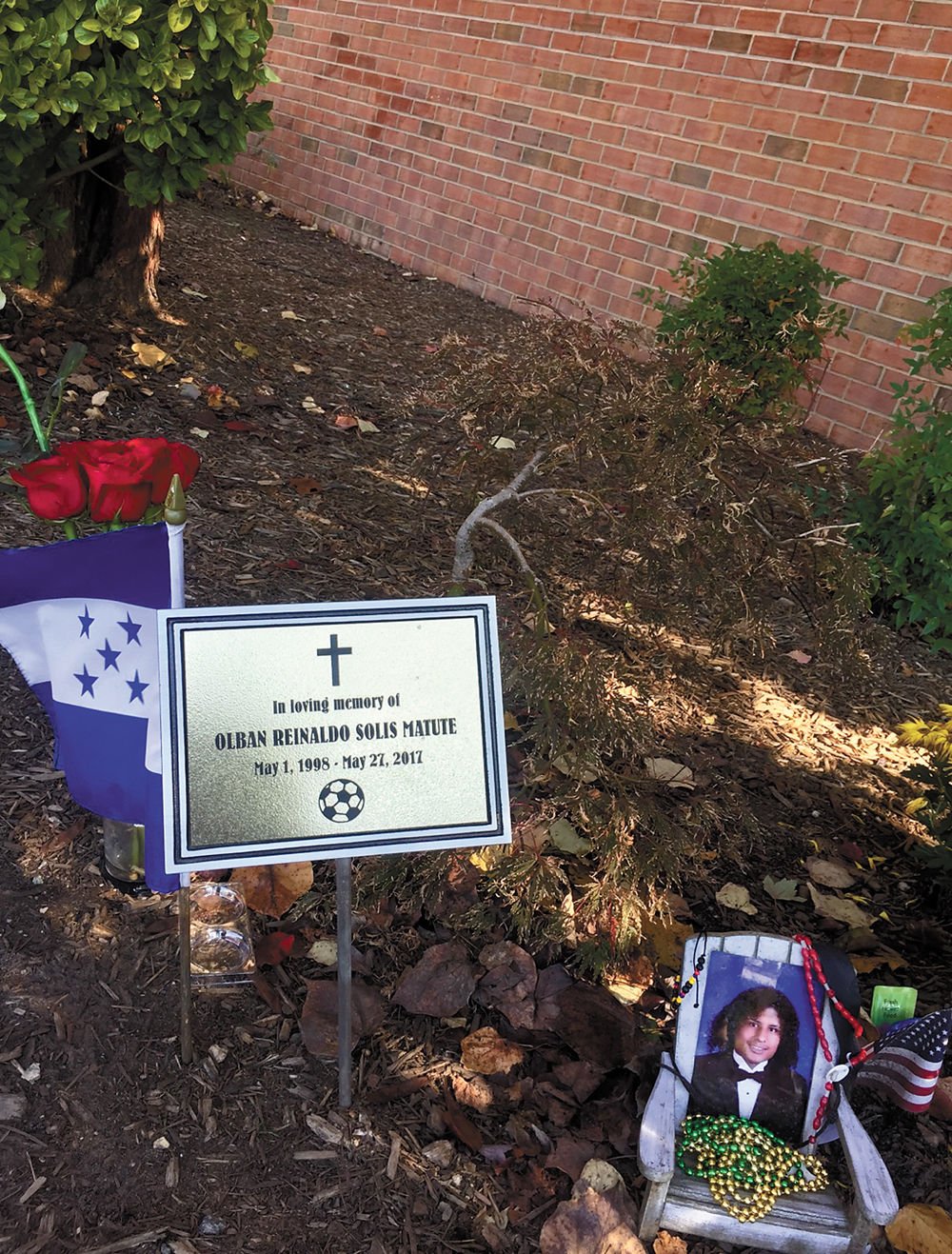 Jordan Matamoro-Mejias stopped in front of a makeshift memorial outside Woodbridge High School, knelt down and cried.

Moments earlier, Matamoro-Mejias had converted the biggest kick of his life when he cleanly booted the football through the uprights from 20 yards out as time expired to lift the Vikings past Hylton 23-20.

Matamoro-Mejias felt no pressure as he prepared for the eventual game-winning field goal. He’d easily made field goals further than that. Plus, this was all predestined after his special teams coaches predicted the day before he’d deliver exactly the way he did.

But as he looked at Olban Matute’s high school graduation photo surrounded by candles next to a sidewalk behind the school, Matamoro-Mejias’ mind drifted elsewhere. He thought about last May when he learned Matute, an 18-year-old Woodbridge senior, had died in his sleep of an apparent medical condition.

Matamoro-Mejias, the last Woodbridge player still outside the school, then smiled and laughed before heading inside.

“[Matute] was like a brother to me and I know if he was alive he’d be at the game and he’d text me after and tell me how good of a kick it was,” Matamoro-Mejias said.

George Washington, Woodbridge’s activities director, pulled Matamoro-Mejias out of class one day and introduced him to Matute. Matute encouraged Matamoro-Mejias from that first meeting. Although Matamoro-Mejias was the only underclassman on the varsity roster, he felt comfortable in large part because of Matute’s guiding hand.

“He was like a big brother to me,” Matamoro-Mejias said. “That season he wasn’t one of the captains, but he soon became like a captain. He was always the one leading us. He’d always tell me to wake up. He was pushing me. He was the heartbeat of the team.”

Matamoro-Mejias learned Matute had died through a Snapchat post. Matute had just turned 18 earlier that May.

Matute, a second-team all-conference performer in 2016, did not play for Woodbridge last season. But he remained a strong presence. His passing inspired them to finish strong after a slow start. The Vikings advanced to the conference tournament final and then regionals.

“We had lost our way, but then rebounded,” Matamoro-Mejias said.

Matute was buried in Honduras, but to remember him Woodbridge planted a tree that looks over the main stadium. The school chose a Japanese maple since the top resembles a soccer ball once it is fully grown. Family members and friends placed candles and a photo around the tree.

After making the field goal against Hylton, Matamoro-Mejias looked up at the tree on the hill and thought about Matute.

Tragedy struck the Vikings’ family again a month after Matute’s death when Martin Monge, a 2016 graduate, lost his life in a motorcycle accident at age 19. Monge, too, impacted Matamoro-Mejias’ life. When deciding whether to play football for Woodbridge, Matamoro-Mejias sought the advice of Monge, a former first-team all-conference punter for the Vikings. Monge was all for it.

“He said ‘It’s everything you’d want and more,” Matamoro-Mejias remembered. “‘The games and the student section are lit.’ And he was right.”

Matamoro-Mejias first considered playing football after Wortham saw him playing soccer during the spring of his sophomore season and took notice of his height and athleticism. Many of his friends were on the team so he followed suit.

In August during the preseason, Matamoro-Mejias was practicing with the wide receivers and cornerbacks to take advantage of his speed when one of the coaches asked if anyone could kick. Matamoro-Mejias had never kicked a football before, but offered to try. He impressed the coaches on his first attempt.

“The ball went far and everyone was in awe,” Matamoro-Mejias said. “The rest is history.”

“He was there the whole offseason,” Matamoro-Mejias said. “It would not have been fair for him not to kick.”

Although Matamoro-Mejias had never played organized football before joining the Woodbridge varsity, he was well-acquainted with more veteran football players like Hylton standout running back Ricky Slade Jr.

The two were best friends in preschool. They played youth soccer together on the same PWSI teams. They competed against each other in middle school (Matamoro-Mejias attended Woodbridge Middle, Slade Lake Ridge Middle) in basketball and track.

During a regional middle school track meet in their eighth grade year, Matamoro-Mejias recalls finishing second by an inch to Slade in the long jump. Slade and his father tried to get Matamoro-Mejias to attempt football. But Matamoro-Mejias declined at the time, fearing he might get hurt.

Now, though, after two years on Woodbridge’s football team, Matamoro-Mejias is rethinking whether he’d like to stick with soccer or play football in college. Friday’s win over Hylton gave him more to think about.

“I’ve had a couple of big kicks,” Matamoro-Mejias said. “This was the biggest because of the stage it was on. This meant the most to me.”

David Fawcett is the sports editor for InsideNoVa. Reach him at dfawcett@insidenova.com