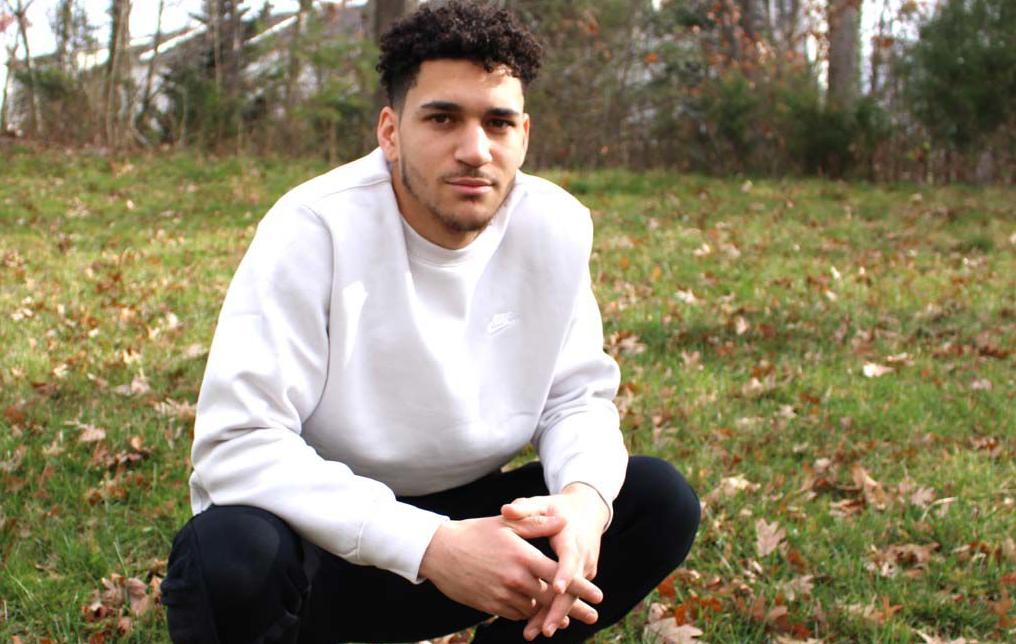 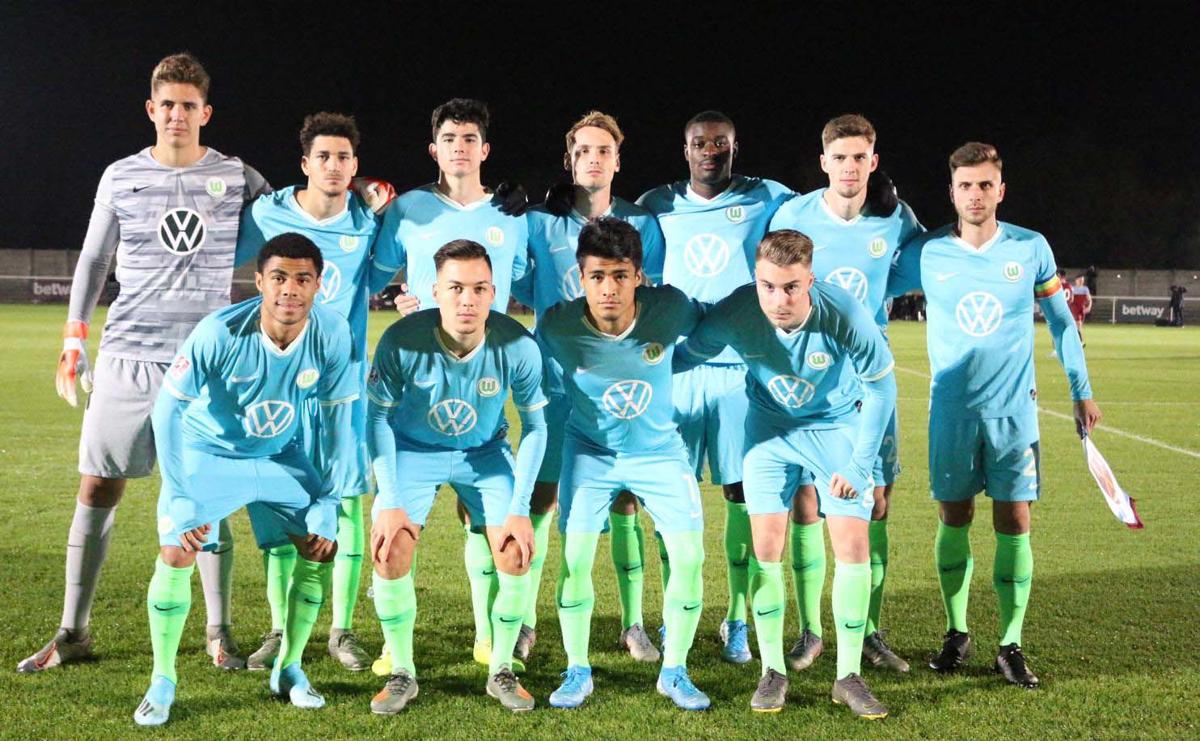 Michael Edwards (top, second from left) with his U23 Wolfsburg teammates

Michael Edwards (top, second from left) with his U23 Wolfsburg teammates

On a mid-December morning, Michael Edwards scans the first floor as he describes various comforts of his Woodbridge home.

On the kitchen island sits a cake to celebrate the 21st birthday of his older brother Maxwell later that day. On the mantel in the family room lays a glass-enclosed case housing a helmet signed by Joe Gibbs of his favorite NFL team, the Washington Redskins. And on the floor in the kitchen rests seven-year-old Sophie and one-and-a-half year old Lynex, two pit-bull mixes the family took in as rescue dogs from the Prince William County Animal Shelter.

In October of 2018 at age 17, Edwards left all this behind as he embarked on a professional soccer career with VfL Wolfsburg in Germany.

Soccer had taken the teenager abroad before to places like Italy, Germany and Croatia. But those trips lasted a few weeks and included other American players.

This was different. The stay was longer. He knew no one overseas. He did not speak the language. And he faced an intense training schedule and a new style of play. It was a lot to ask for someone who under normal circumstances would be a high school junior.

But as homesick as he felt, Edwards refused to turn back. This was his choice after passing up the opportunity to remain in the United States and play college soccer first.

He made due and adjusted to his new environment.

With the culture shock behind him, Edwards looked forward to the upcoming spring season and the chance to prove himself worthy of a spot on the first-division team. As much as he enjoyed his time catching up with family and friends, there was nothing holding him back now.

Edwards always hoped for a chance to play pro soccer. The moment arrived sooner than he expected.

Going into his junior year of high school, Edwards figured he’d go to college before making the jump to the professional ranks.

But his plans changed after a scout from a team in Freiburg, Germany, noticed Edwards at a showcase tournament in Florida in November of 2017. The scout contacted Edwards’ then-advisors Eddie Pope and Mike Stenkowski from Octagon, a sports agency based in McLean, about the possibility of setting up a tryout.

Soon after, Edwards’ advisors scheduled a tryout with another German pro team, Koln.

Edwards believed he had the ability to play professionally. And so did Pope, a former U.S. National Team standout, and Stenkowski. Prior to the showcase tournament in Florida, Edwards said the two pulled him aside one day while he was training with his D.C. United Academy team and said they’d been watching him for a two and a half years.

“That was news to me,” Edwards said. “I, my mom and dad went to their office and they said they could arrange for me to play in Germany. That’s how it all started.”

Teams liked his 6-foot-2 frame, speed and athleticism as well as his range in playing center defender, especially when it came to his field vision and passing abilities.

In July of 2018, he tried out for Freiburg first and then took a train to Koln and tried out for that club. Neither worked out. Freiburg needed a center back immediately. Edwards was not old enough yet since foreign players must be 18 to sign a contract.

And Koln dropped out since it did not need a center back right then.

Then Wolfsburg entered the picture after one of Edwards’ advisors set up a tryout. Edwards returned to Germany the following month for a two-week trial. Edwards performed so well that Wolfsburg wanted to sign him.

Now Edwards and his family had a decision to make.

College remained an option. Edwards was close to committing to the University of Pittsburgh, but the chance to begin his pro soccer career enticed him.

“Everything moved so fast,” Edwards said.

Wolfsburg provided Edwards an opportunity he could not turn down. He headed to Germany in October of 2018 and trained with Wolfsburg before officially signing a two-and-a-half year contract Dec. 1, 2018, four days after he turned 18.

“I did have to give up college, but in the big picture long term, this could be a good thing,” Edwards said.

It took some time for Edwards to settle in on and off the field. Edwards has played primarily with Wolfsburg’s U19 and U23 teams, which compete in the lower divisions. He has also spent some time training with the first-division team, but nothing was promised when he arrived.

The game moved faster. It featured a more direct, up-the-field approach than the possession-style Edwards was accustomed to.

The training regimen offered no respite either.

“I had to get used to the speed of playing at such high intensity,” Edwards said. “The training sessions were four to five days a week. My legs were killing me, but that’s part of the process.”

Another part of the process was learning to live on his own.

“Though he’s done great on the field, this definitely has been an adjustment,” said his mother Darla. “People don’t realize how difficult it is to pick up at 17 and move to a foreign country by yourself. It takes a strong mind and the drive and determination to keep going even when you have difficult days. Michael is a ‘family kid’ so being away from his mom, dad and brothers who are his best friends has been tough at times.”

Edwards said other Americans with Wolfsburg helped him.

He’s talked with John Brooks, a member of Wolfsburg’s first-division team and a U.S. National Team player who plays the same position as Edwards. Brooks counseled him on how to adjust to life overseas.

The arrival of Ulysses Llanez helped even more. The 18-year-old from California signed with Wolfsburg April 2, 2019. The two became roommates and compete on the same squad.

Edwards also has a one-year-old American bully named Kodak he bought from a breeder in France. There’s nothing he looks forward to more than Kodak waiting for him when comes home.

Darla has seen how much her son has matured through this experience. He’s more comfortable travelling on his own and can navigate the ins and outs of train stations and airports with ease.

Edwards has also gained something else.

“I think the time away has taught him a new appreciation for family, the comforts of home and a good old home-cooked meal,” Darla said.

The one downside to leaving for Germany is that Edwards won’t have the chance to walk at Freedom High School’s graduation in June.

Still, Edwards is grateful for all the assistance Freedom’s director of counseling, Briana Hardaway, provided to put himself in this position.

“She was on top of everything to make sure I was able to complete school, while really focusing on soccer,” Edwards said.

Edwards and his mother met with Hardaway in August, 2016 a few weeks before the start of his sophomore year.

At the time, Edwards’ training schedule with the D.C. United Academy prevented him from attending high school on a regular basis.

As an alternative, Edwards was looking for a way to keep up with his studies while balancing his soccer commitments.

Edwards and Darla arrived at Freedom seeking a solution. The encounter with Hardaway almost never happened until she overheard from her office Darla explain the situation to a secretary at the front desk.

Hardaway raced out and asked Darla and Edwards to come back and see what they could do. Hardaway set Edwards up with an online program that allowed him to study independently.

He finished his diploma requirements Dec. 18 when he took his final SOL.

“She didn’t know Michael or anything about him and went way above and beyond for no other reason than that she’s in it for the kids,” Darla said.

With his studies out of the way, Edwards can devote more time to developing his soccer skills and reaching his main goal now of playing for Wolfsburg’s first division team. He believes he has a chance to accomplish that objective, but it will require continued commitment.

“I’m in a good position,” Edwards said. “I go out every day and know nothing is given to me.”