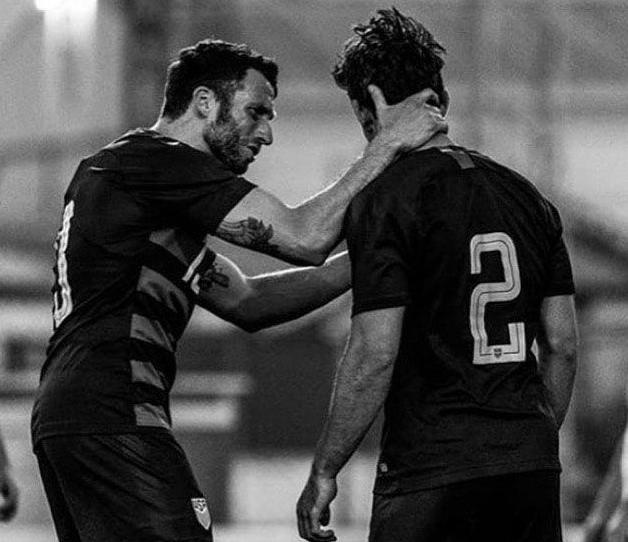 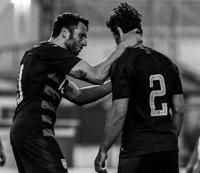 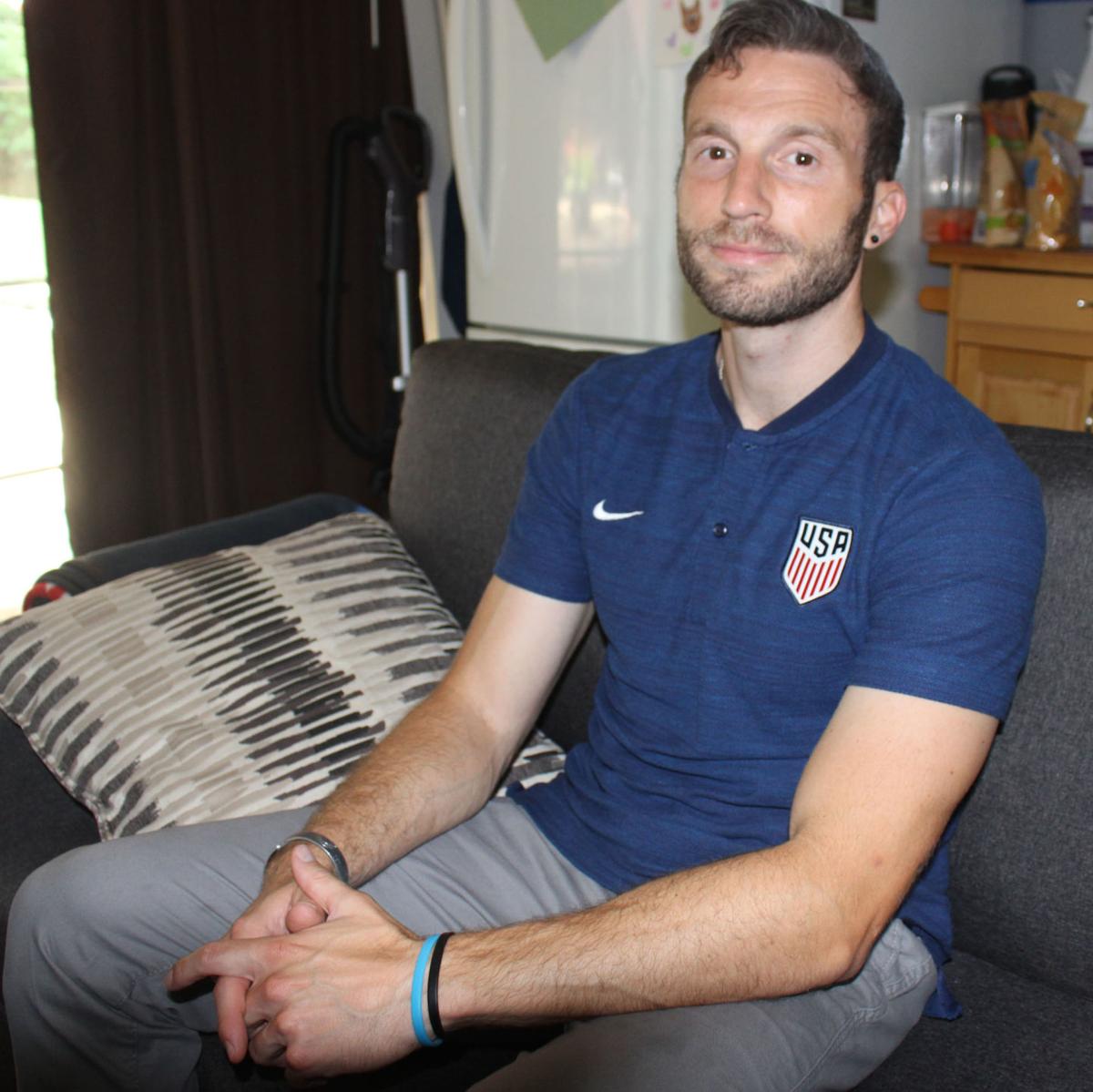 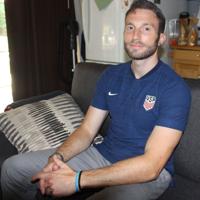 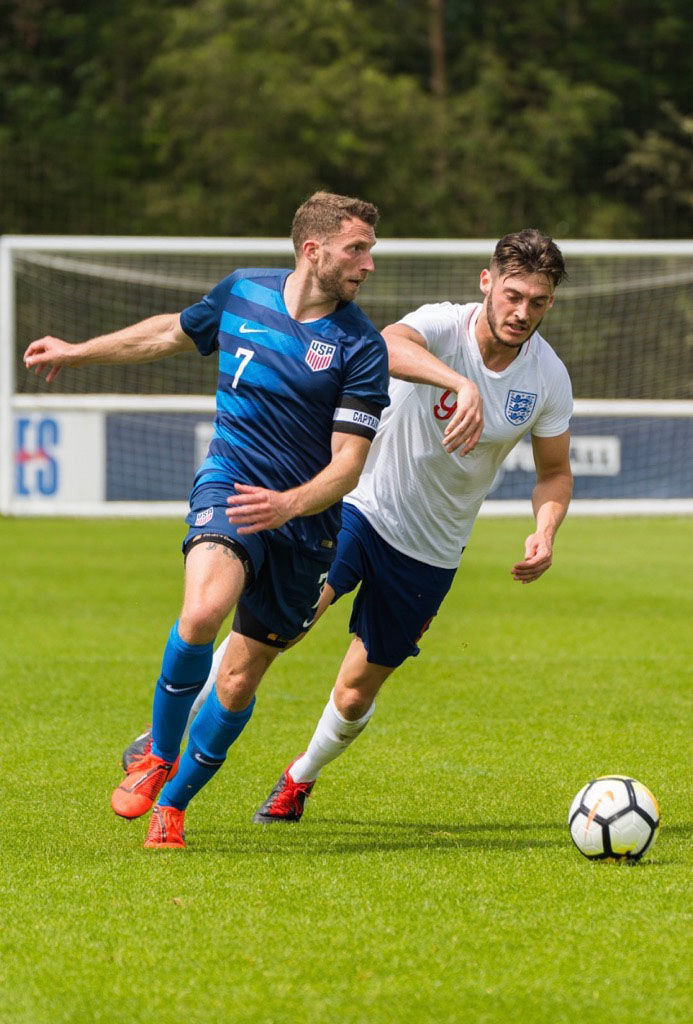 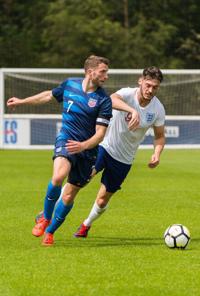 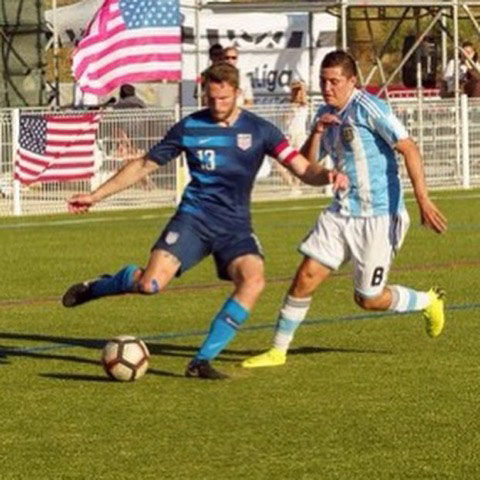 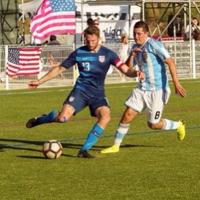 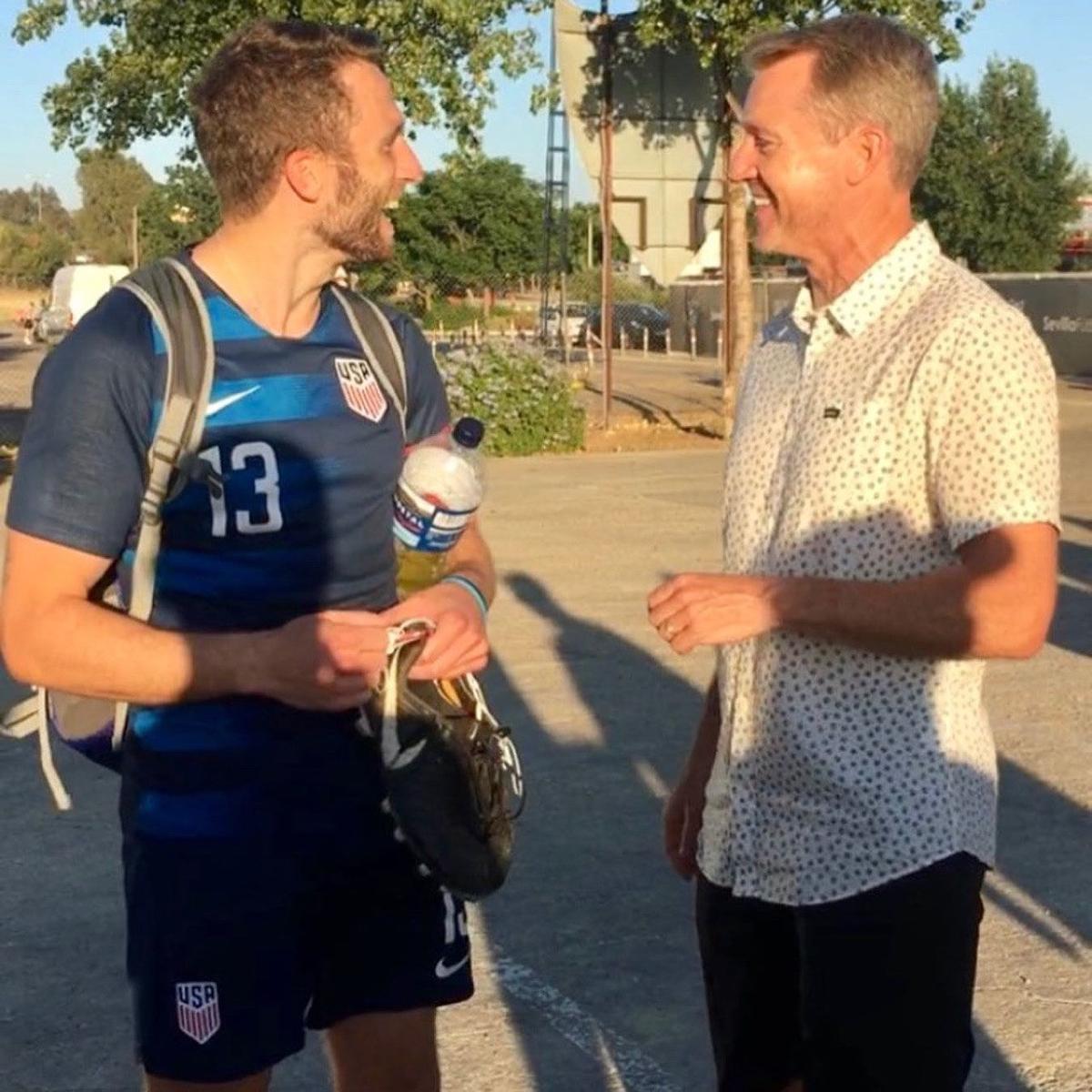 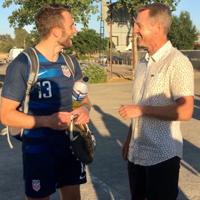 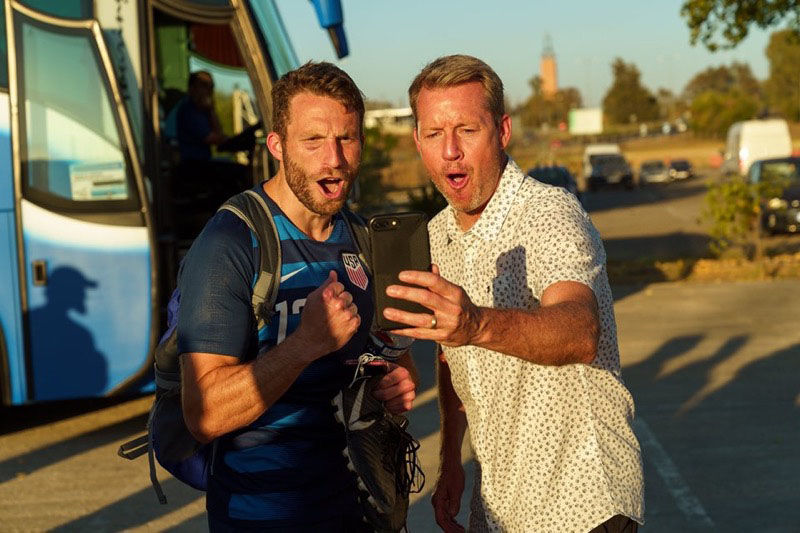 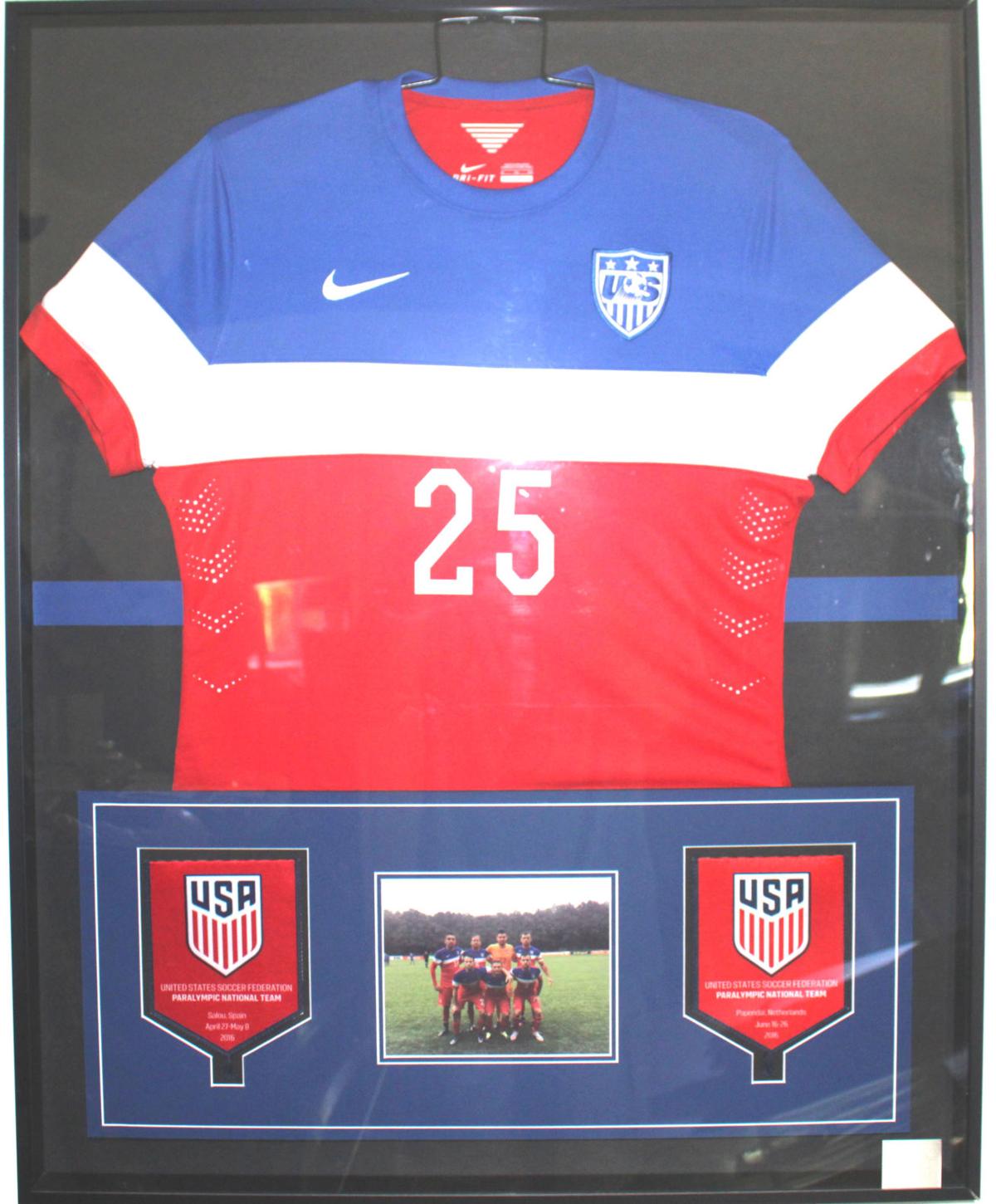 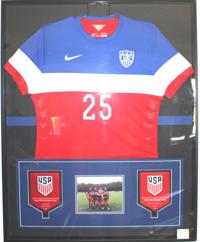 The story of Josh Brunais is a long, winding road with twists and turns that often make him uncomfortable. Not to the point where he won’t discuss them; he’s more polite than that. But he’d rather not get into the weeds regarding certain aspects of his remarkably fascinating life.

A morsel here. A nugget there. Rarely the full story. He’ll take those to the grave.

You don’t serve 10 years in the Army – including eight with the 75th Ranger Regiment – without collecting a lifetime of stories, some good, some horrifically bad. He regrets none of it.

“I loved it,” the Stafford County resident said while picking at a salad on an early August afternoon at a local restaurant.

He let that memory float in the air for a few moments before doubling down.

But he can’t. He left that life behind in 2015 when he medically retired from the Army. Those last two years were tough. Following his sixth and final deployment, he was transferred to Quantico, where he assisted wounded veterans transitioning to civilian life. He was thousands of miles from the real action, the kind of normalcy most people can’t conceive, and he absolutely hated it.

As he sat down for dinner, Nick Mayhugh had no idea why his cell phone suddenly started buzzing.

Brunais fell into a deep depression not uncommon among many transitioning veterans, only leaving his apartment to go to work, where he put forth the minimum amount of effort to fulfill his duties. He ate too much. He distanced himself from his friends and family. He was lucky to sleep more than a couple hours each night.

“It was a day to day struggle,” the 32-year-old Brunais said. “It was awful. I was a different person. I didn’t give a shit about anything.”

A visit to the Veteran’s Affairs clinic in 2015 changed all that and probably saved his life. It was there that a buddy handed him a flier promoting an upcoming veterans-only tryout for a scout team that practices with the U.S. Paralympic National Soccer Team. Two issues here: Brunais hadn’t played competitive soccer since his freshman year at Potomac High School, and it never occurred to him he’d even qualify to be a Paralympic athlete. Paralympians suffer from physical disabilities – in Brunais’ case, multiple traumatic brain injuries – rather than the intellectual disabilities of those who participate in the Special Olympics.

Then again, Brunais had literally nothing else going on, so he decided to give it his best shot. Turns out, his best wasn’t even in the same area code as good enough. He was out of shape and outclassed by the other veterans.

That embarrassment sparked a fire within Brunais that hasn’t stopped burning.

A few months later, Brunais caught the eye of U.S. Paralympic National Team head coach Stuart Sharp during another camp. Sharp liked what he saw and invited Brunais back for one more look. This time, Brunais shined and was eventually offered a spot on the national roster and a second chance to represent his country.

“That’s my favorite story about him,” said teammate Seth Jahn, also a retired veteran. “The dude, in typical Ranger fashion, just fixated his sights on getting himself fit again. Once he got target-lock on making the national roster, he improved exponentially.”

Brunais has been a fixture on the national team ever since. He’s a co-captain along with Jahn and, together, they will lead the U.S. into this week’s Parapan American Games held in Lima, Peru. The U.S., ranked 4th in the International Federation of Cerebral Palsy Football world rankings, opens play August 24 against Colombia.

The U.S. enters a major international competition for the first time with a legit shot at winning. The team returns 13 of 14 players from the IFCPF World Cup earlier this summer in which the U.S. finished sixth, including a win against world power Iran and the team’s first ever group-stage victory.

“With every session, he gets better and better,” Sharp said. “That’s really been his story. He has really become a leader on the field. It gives me chills to say that.”

The U.S. team finished seventh in the 2016 Paralympic Games in Rio de Janeiro, Brazil, and Brunais, the team’s workhorse defensive player, was voted by his fellow Paralympians to be the flag-bearer during the closing ceremonies.

“There’s a new expectation now of winning,” Jahn said. “Guys like Josh are responsible for that. I’d describe Josh now as the most important player on the team.”

The competition, though, is just as intense as the soccer you might see during Saturday morning English Premier League matches.

“It was eye-opening,” Brunais said. “Seeing guys with [cerebral palsy] sprinting faster than me, it’s like, wow. He has to be putting his body into so much more physical pain to do that. You almost don’t want to be part of an able-bodied sport after you do this.”

Brunais fell in love with soccer as a young boy in Germany, where his family lived while his father was stationed there with the Army. They settled in Virginia when Brunais was in middle school, and he continued to play through his freshman season at Potomac. That’s when he decided to chase his new passion. He quit athletics, but kept training with the sole purpose of becoming the fourth member of the family to join the Army. His father retired as a Sergeant Major, and two of his three older brothers became Army Rangers.

He graduated early from Potomac so he could arrive at Basic Training 10 days ahead of schedule.

“Not many kids say they want to go to war,” Jahn said. “That’s what Josh wanted to do.”

Brunais was first deployed to the Middle East on his 19th birthday. Less than a year later, he was in an MH-47 Chinook helicopter returning from a transportation mission in southeast Afghanistan when it suffered sudden and unexplained engine failure and fell from the sky.

“I looked into the cockpit, and I saw the pilot’s white light on,” he said. “You can’t have a light on while flying at night. I looked at a gunner, and I saw him brace. It felt like we dropped forever.”

The helicopter fell 500 feet into the snowy mountainside and immediately burst into flames. The crash broke Brunais’ neck and back in several places. Adrenaline – and urgency of the situation – allowed Brunais to extinguish the fire by matting it out with his body armor.

Eight men died that night and 14 others were wounded.

Brunais was back in Afghanistan 10 months later, and he was deployed four more times in his career. He was involved in two IED blasts, which ultimately led to his retirement.

That’s as deep as Brunais will go about that part of his life. His new life, however, is an open book. He’s excited about the possibility of the U.S. Paralympic National Team becoming a full-time gig, which means a paycheck and a likely move to Atlanta. While Sharp was understandably non-committal on who he might select if the proposal passes this fall, he did mention Brunais as a strong candidate for selection.

A promotion to full-time status would cap a trying 2-year period for Brunais, who tore his ACL in 2017 while training with a local club team. He missed the IFCPF World Championships in Argentina, where the U.S. placed fifth.

For now, Brunais and the rest of the U.S. team are focused on the Parapan Games and moving up in the world rankings. A strong showing in Peru could give the team added exposure to a world that barely knows it exists.

“I’ve been part of teams in the intelligence community, special ops, in college and pro ranks, and club teams,” Jahn said. “This is by far the most unique team I’ve ever been on. These guys come from all different walks of life. We have our philosophers. We have our dumb blondes. It’s remarkable, really.”

Brunais, who was awarded the Purple Heart and Soldier’s Medal for his heroic efforts in the Middle East, credits soccer for saving his life.

He chases a different kind of medal these days.

“I was close to walking that line,” he said. “I don’t want to take that away from anyone who has been on the edge. What I can say is that I don’t know where I’d be without soccer. It has given me a new purpose to enjoy life again.”

Ryan Sonner is a freelance writer based in Woodbridge. You can reach him at rsonner@gmail.com or at www.ryansonneronline.com.

If anyone who has CP, TBI, or a stroke wants to get involved with the U.S. PNT, contact coach Stuart Sharp at SSharp@ussoccer.org

Potomac High School graduate Josh Brunais is a part of a new program that will allow members of the U.S. Paralympic National Soccer Team to tr…

Without any doubt, hesitation or reservations whatsoever this is one of the most inspiring articles I've ever read here on Inside Nova's pages.

'I just want them to be happy': Mike Tindall discusses Prince Harry and Duchess Meghan